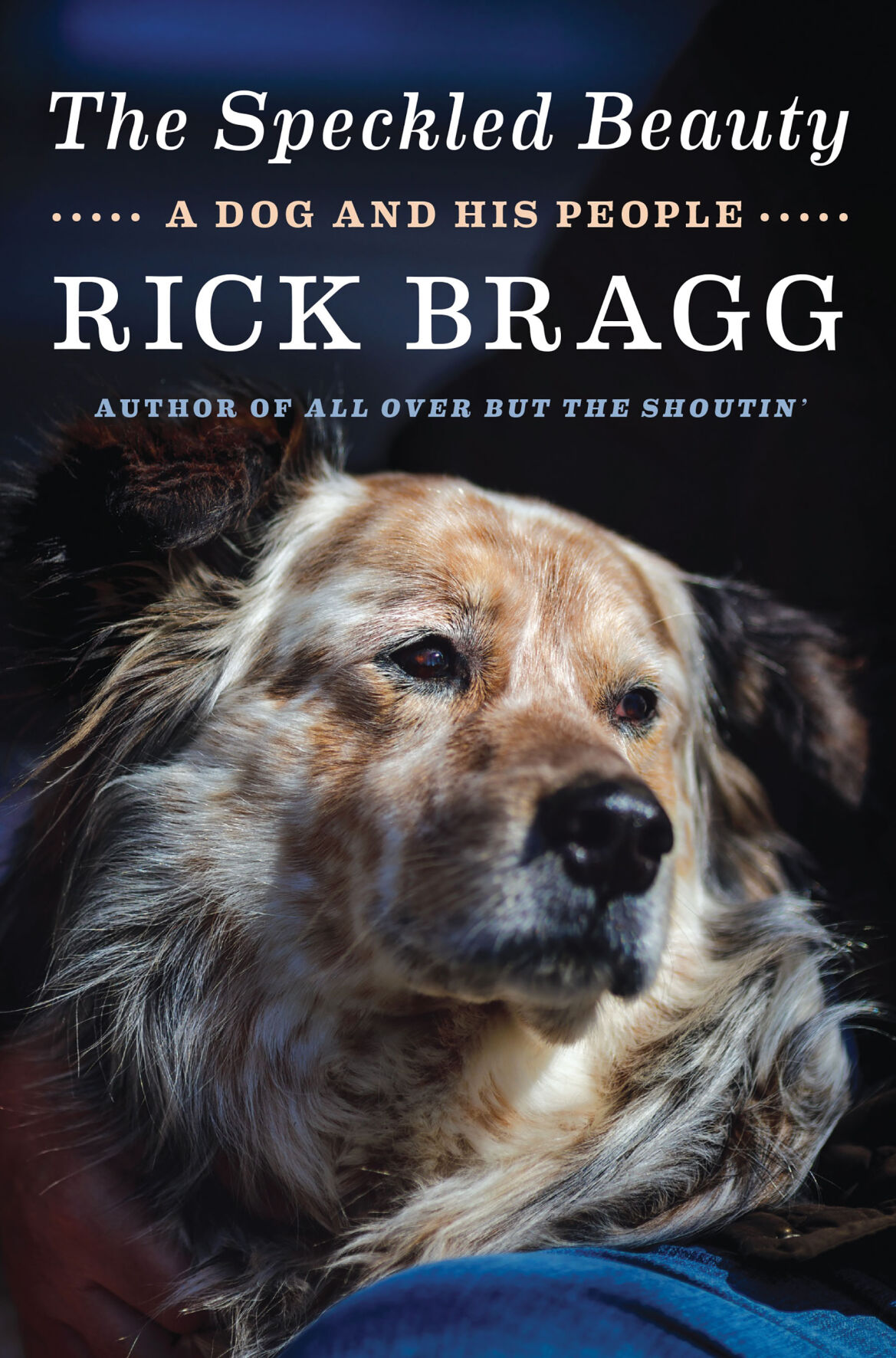 “To be truthful,” writes Rick Bragg in The Speckled Beauty: A Dog and His People, Lost and Found, “I always wanted to write about a dog with a story to tell. I think a lot of writers do, the ones who have a soul; the rest are cat people, I suppose.” Be careful what you wish for, he might also add. The dog that chooses Bragg — for that is surely how it happens — ends up being the most stubborn, uncooperative and frustrating canine he’s ever met.

Into the Jacksonville, Ala., mountain home Bragg shares with his elderly mother — already host to dogs, cats, donkeys and an especially disagreeable mule — bursts Speck, a battle-scarred Australian shepherd with one good eye. Speck specializes in herding the livestock around the pasture until they are ready to drop (or until the mule kicks him into the fence), dragging half-rotten animal carcasses out of the woods, picking a fight with every animal that crosses his path (including the other household pets), and peeing on anything that doesn’t move, as well as quite a few things that do.

At the time Speck enters his life, Bragg considers himself to be a bit of a stray as well. The Pulitzer Prize-winning journalist returned home in 2015 to recover from the effects of the chemotherapy that put his non-Hodgkin’s lymphoma into remission. The consequences of his many health problems — including heart and kidney failure, pneumonia, diabetes and depression — left him feeling like a broken man. “The truth is that I had come to think of my life as a story I had already finished,” the 62-year-old admits, “and everything left was just a dull waiting, like cocktail hour at a Howard Johnson’s.”

As Bragg struggles to adjust to a life that has suddenly taken a sharp turn for the worse, he faces a “river of melancholy” that threatens to engulf him. When Speck shows up, himself broken and near death at one point, he brings into Bragg’s life both a lively chaos and a much-needed sense of purpose, or at least a seemingly never-ending distraction. “I figured it would probably turn out badly,” he says about rescuing Speck. “But I knew, as I staggered down that hill with that awful dog, what the unreliable men in my family have always known: that this ol’ life can be a bleak, sorry, boring slog, if you take the time, at every turn, to think it through.”

Observing this ill-advised adventure with a jaundiced eye is Bragg’s beloved older brother Sam, a rustic Renaissance man and ersatz father figure who repeatedly cautions him not to get involved with such an untrainable stray. In one of the funniest scenes in the book, the brothers attempt to groom and bathe Speck, with predictably disastrous results. But Bragg is powerless to resist the impossible but lovable mutt. “I swing open the door,” he writes, “and the dog, seventy-six pounds of wet hair and poor decisions, lunges in, eternally surprised, and overjoyed, that it is me.” His brother suffers from no such sentimentality: “Sometimes, when my dog walked too close to him,” Bragg admits, “[Sam] spit on his head.”

The Speckled Beauty: A Dog and His People, Lost and Found

Bragg will appear at

The Speckled Beauty is about finding the heart to love the most wayward and aggravating dog imaginable, who also turns out to be smart, tenacious, loyal, fearless, full of life and just what the doctor ordered for a man who is learning new lessons about losing and letting go. But most importantly, the book is a pure pleasure to read, even for cat lovers. Bragg’s impeccable prose, comedic timing, self-deprecating honesty, and ear for a good story — made even better with a sprinkle of tall-tale exaggeration and some down-home diction thrown in for good measure — add up to an immensely enjoyable reading experience.

Dog lovers everywhere, as well as fans of All Over but the Shoutin’, Bragg’s 1998 paean to his loving and long-suffering mother — who apparently never met a dog she didn’t want to feed a homemade biscuit to — will not regret the time they spend with this shaggy stray.