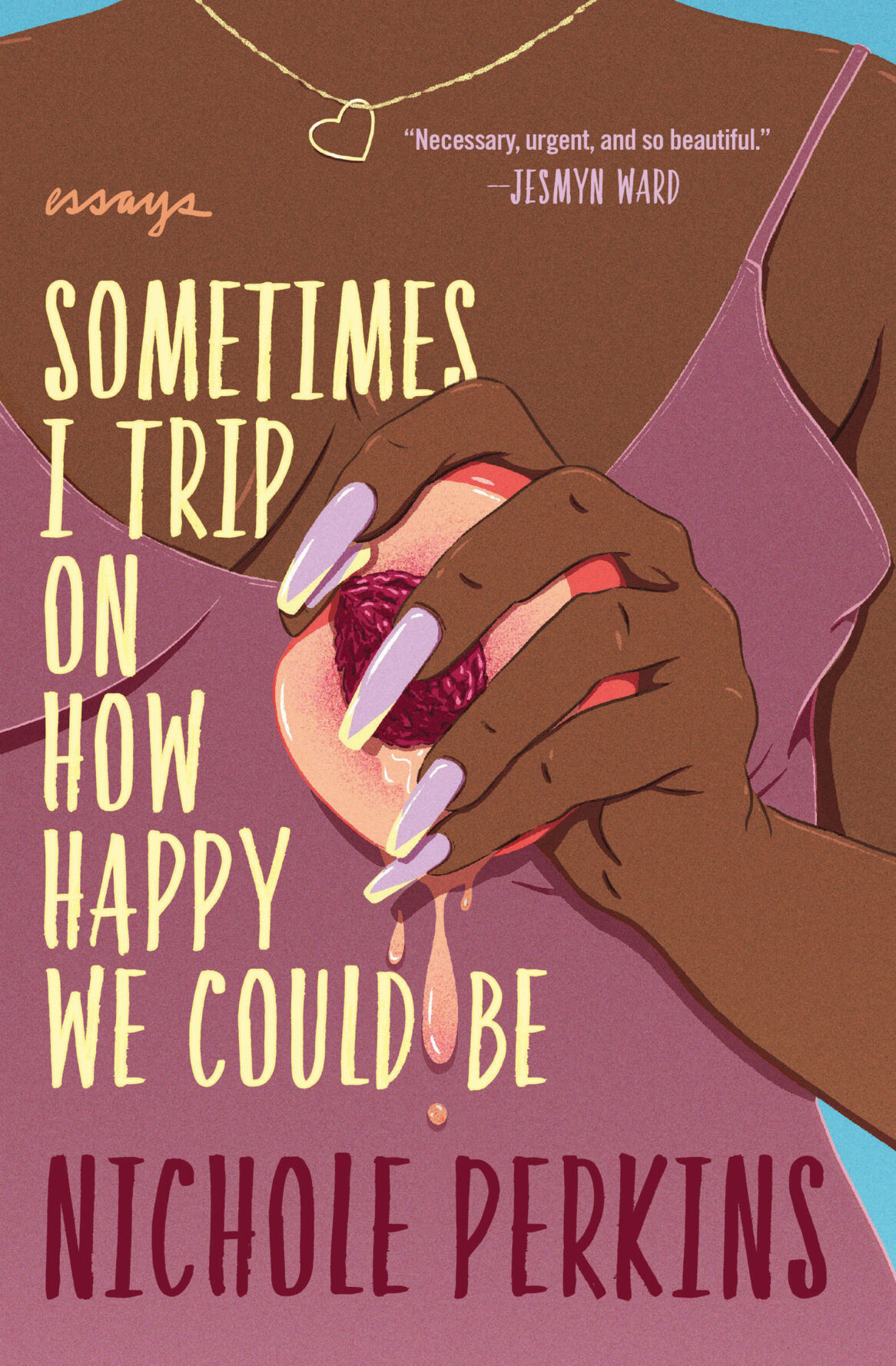 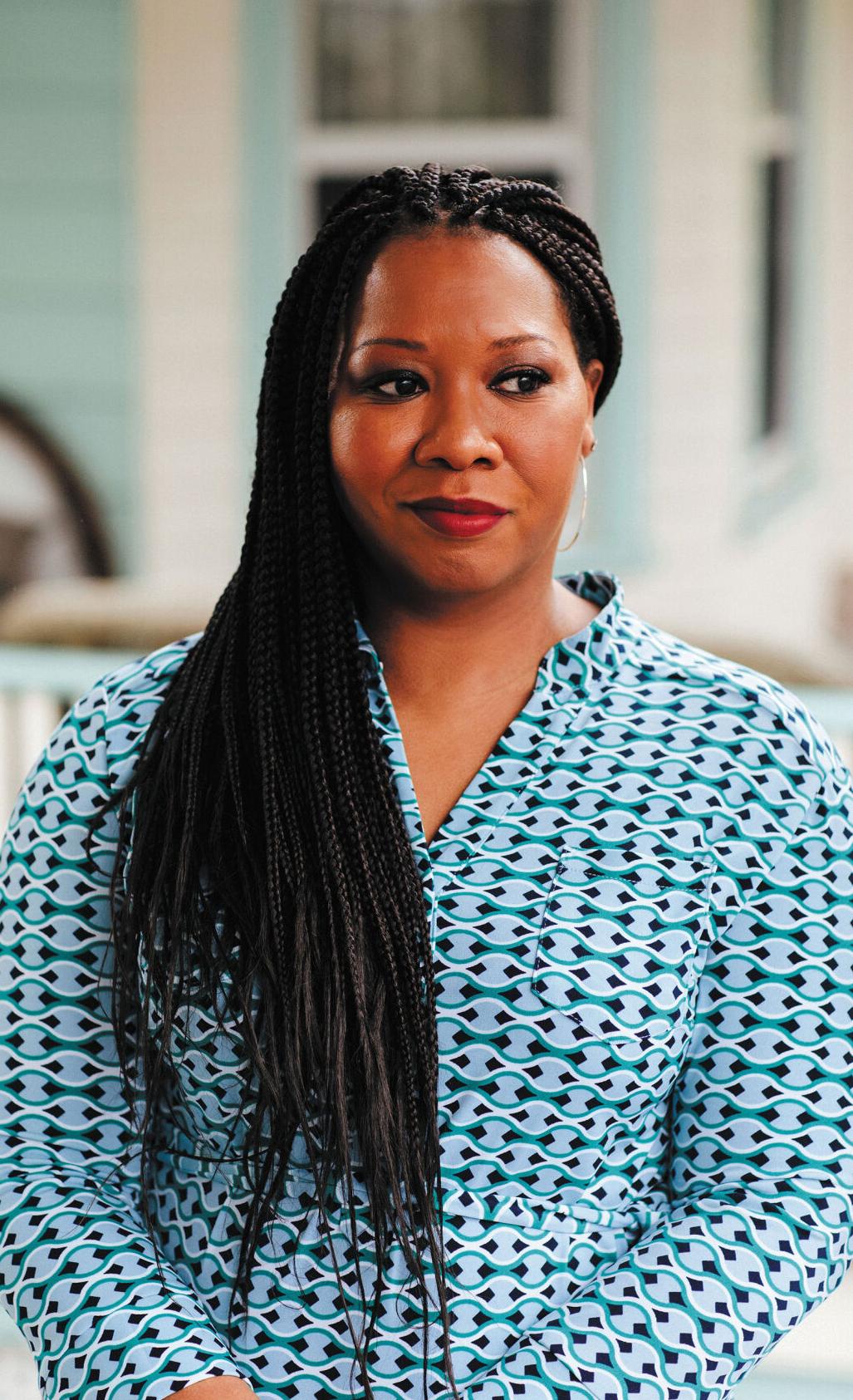 Sometimes I Trip on How Happy We Could Be by Nichole Perkins is a memoir fleshed out via a collection of essays. Weaving popular culture, humor and Black-woman truths, Perkins explores themes of sexual identity, liberation, desirability and belonging.

While this is her first book of prose, Perkins is also author of the 2018 poetry collection Lilith, but Dark. A Nashville native currently living in Brooklyn, Perkins is host of This Is Good for You, a podcast that explores things people enjoy. Readers familiar with Nashville’s past will appreciate her recollections of bygone establishments, such as Davis-Kidd Booksellers.

Perkins will appear at  4:15 p.m. Saturday, Oct. 9, at the virtual Southern Festival of Books

With each essay in Sometimes I Trip on How Happy We Could Be, we recognize that something is being built — or reclaimed. Perkins claims her right to explore (and ultimately the right of others to do the same) in the opening essay “Fast.” She writes, “Fast girls ruin lives” and describes her early years characterized by narrow strictures, especially enforced for Black girls, who always run the risk of being hypersexualized. Her transgression of these boundaries spurs her quest for liberation. Under the specter of teen pregnancy and the infamous “ho” label, Perkins investigates sex with mind and body.

To be sure, she does not do this in a vacuum. “The Women,” to whom she dedicates an entire essay, guide her like Black-woman sages. Their names appear as such: Muh’Deah (great-grandmother), Gran’mama, Aunt C, Mama and her sister Izzie. They offer wisdom in both what they say and what they do. Muh’Deah, although she could not read, fostered Perkins’ early love for words by encouraging her to complete word puzzles. In similar fashion, Aunt C guided Perkins to the shelter of bookstores. While these women may not have anticipated every turn of her journey, they certainly taught her to nourish herself linguistically.

The language throughout the essays is both conversational and intimate, sometimes punctuated by confessionals. With each “I’ve never told anyone this before,” we are brought into Perkins’ Black-girl chamber of secrets, as she contends for sexual, social and intellectual freedom on the page. She reconstructs text-message conversations, which sometimes appear as mini screenplays: “ME: Do you like ketchup? / HIM: It’s cool. Why?” In other instances, they are text bubbles, inviting us directly into the world of Perkins’ phone.

Perkins is also not afraid to break an essay with a list, bulleting points for added emphasis and then unpacking each point in the subsequent paragraphs. This is especially notable in the essay “My Kameelah-Ass List,” named for a reality star from the MTV show The Real World. Following in media tradition, Kameelah Phillips was typecast as a demanding Black woman whose lengthy list of requirements forestalled the dating life she desired. In the essay, Perkins channels Kameelah, sharing a list of desirable traits and attributes for her ideal spouse. She both critiques and defends her list, sometimes with a confession. She lists, “Middle-to-upper-class” and offers the tidy explanation: “I’m so tired of being broke.”

In “Keyboard Courage,” Perkins offers screenshots of internet communication prior to the rise of social media. A refresher for some and an education for others, the passages in this chapter highlight the ways current platforms like Twitter and Reddit find their roots in the message boards of the early 2000s. Perkins writes, “There was no such thing as ‘going viral’ back then, but if your post didn’t go ‘View all,’ meaning it had so many replies you’d have to click ‘View all’ to see what everyone was talking about, it was a flop.”

Perkins demonstrates a remarkable skill in narrating her own life through the lens of pop culture. For instance, she contrasts her familial milieu with Janet Jackson’s musical career: “As my parents’ relationship withered, Janet’s career as an independent woman and artist grew. Her waistline shrank.” In doing this, she also speaks to other Black women and girls who have had to contend with what their developing bodies would mean in the world.

This is a memoir for those who desire freedom and happiness beyond the security of the status quo. Nichole Perkins’ wit and honesty will draw readers who want to embark on a sexual, social or self-love journey — but are fearful of the unknown. With its vivid interludes of fulfillment, Sometimes I Trip on How Happy We Could Be compels us to figure out what we want.