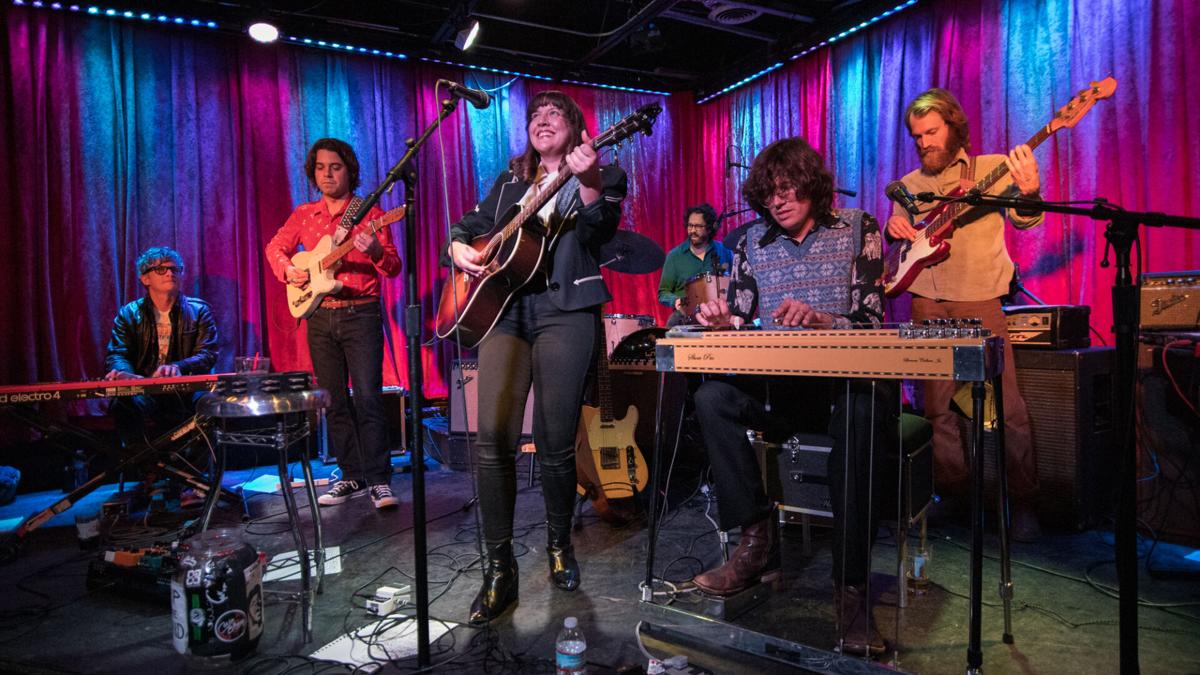 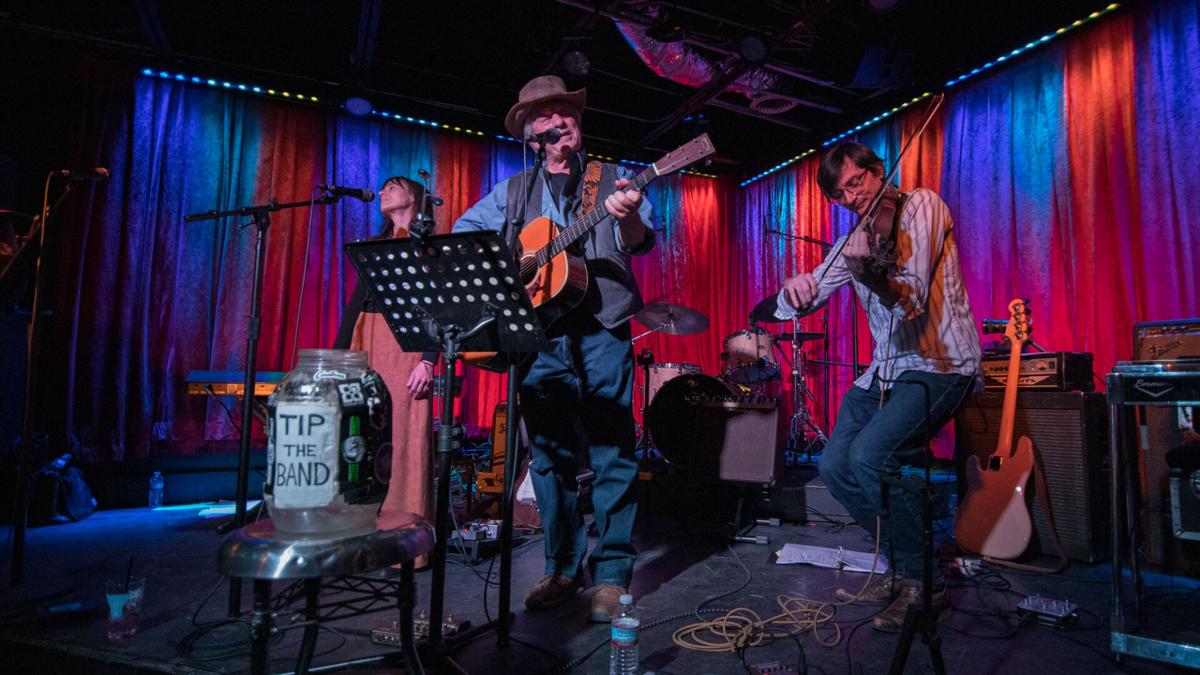 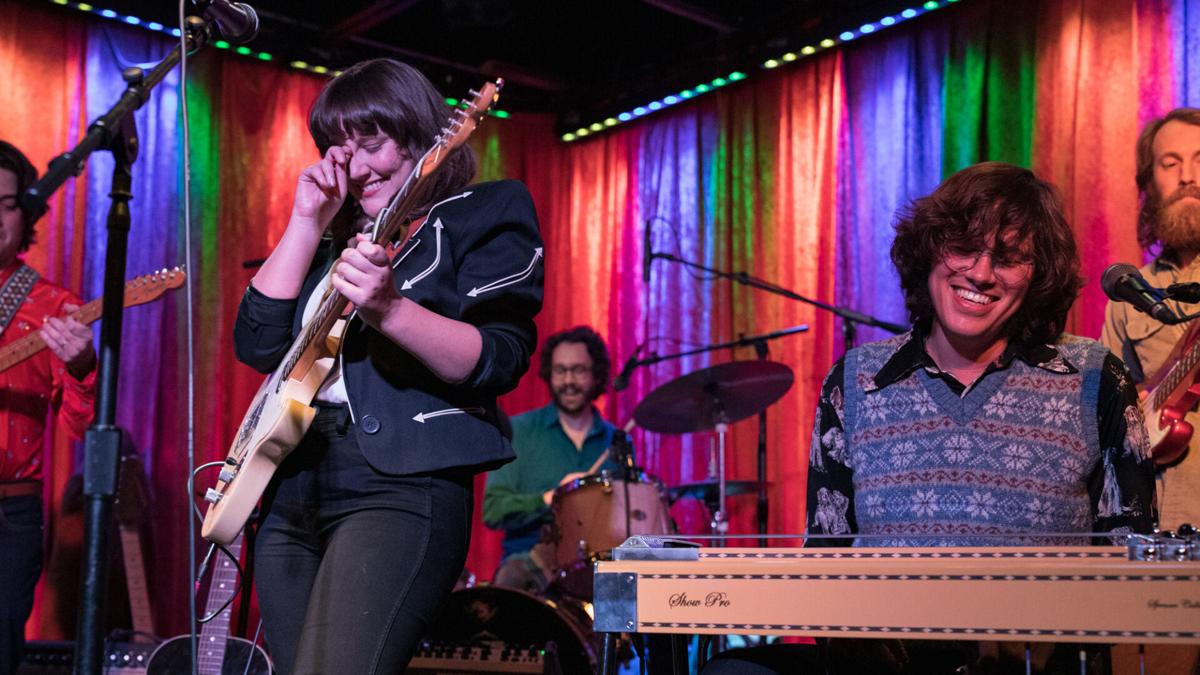 Once upon a time, it was a running joke for whoever was reviewing a show under our collective byline The Spin to arrive a bit late. I was a little early to The 5 Spot on Saturday evening, and found the place was already filled with an array of faces I don’t think I’ve seen in the same room since about 2011. That was when Own Side Now, the buzz-building debut full-length from Nashville’s widely loved cosmic-country diva Caitlin Rose, hit stores in the U.S. — close to a year after it was released overseas. A special 10th anniversary edition came out Oct. 1, and Rose and a band of ringers gathered us and a film crew at the longtime East Side watering hole to mark the occasion.

Joining in was local-music stalwart Loney John Hutchins, who came onstage to introduce the opening act: his father, Loney Hutchins. On Dec. 10, choice cuts from a trove of demo recordings that the elder Hutchins sang on during his tenure on the staff of Johnny Cash’s House of Cash label will be released as a two-LP set called Buried Loot. With some encouragement and assistance from his son, Hutchins Sr. assembled a crack band and came out to play tunes from the album, some of which he said he hasn’t performed in public in 40 years.

Dubbed The Nashville Suite, the band included Loney John on backing vocals, Luke Schneider on dobro, lap steel and banjo, Josh Halper on guitar, multifaceted keyboardist Micah Hulscher and drummer Nick Swafford, who you’ll know from Teddy and the Rough Riders — plus other guests. Together, they belted raw, melodic tunes full of “outlaw era” hallmarks with slight psychedelic touches here and there. There were songs Hutchins Sr. wrote, others that he’d demoed for The Man in Black, and some favorite country classics like Hank Williams’ “Long Gone Lonesome Blues.”

The elder Hutchins explained that some of the numbers were very autobiographical, regaling the packed house with stories of an older, less prosperous Nashville. He talked about his early days at Cash’s label and his roots in the far reaches of East Tennessee, near the holler where the Carter Family lived. There’s a lot to learn from people who came to Music City to build a life decades before the “It City” boom.

Own Side Now marked a coming-of-age transformation for Rose — whose work under the name Save Macaulay the Band had a plucky folk-punk slant — and many of the musicians she had been working with for years around town. Rose’s nuanced songcraft and easygoing presence helped her quickly become something of a critical darling before the album even landed stateside. The praise kept coming after her 2013 follow-up The Stand-In, but she’s mostly kept out of the spotlight since. The main event on Saturday was one of Rose’s first full-band gigs in town in years, and it earned her a hero’s welcome.

Rose kicked off the set with album opener “Learning to Ride,” accompanied by guitarist Jeremy Fetzer and keyboardist Skylar Wilson (who both played on the album), along with steel master Spencer Cullum, bassist Taylor Zachry and drummer Dom Billett. They proceeded to work their way through the whole album, touching on highlights like the Tristen co-write “New York,” the stirring “Sinful Wishing Well” and the wistful titular tune “Own Side Now.” There was a little rust to work out — false starts, misplaced capos, occasional forgotten lyrics — but Rose & Co. handled it all like pros, in front of a three-camera crew, no less.

Rose cracked wise about what was apparently a questionable choice to don an all-polyester wardrobe, while Cullum brought out his finest knee-slapping dad jokes to cover one extended spate of technical difficulties. It takes a fine-tuned performer to make stage banter as engaging, funny and vulnerable as their songs.

Before closing out the show, Rose hinted at a finished album of new material. She also brought her mom, renowned songwriter Liz Rose — whose songs and co-writes you’ve probably heard many of, including Taylor Swift’s recently viral “All Too Well” — to the stage for a little assistance. It was tech help the younger Rose needed; after Liz helped her Google the lyrics to “T-Shirt,” Caitlin sent her back to the audience.

Nostalgia perhaps played some role in making this an enjoyable night. What I came away with was a reminder of the vibrant creative spirit that makes Music City work at its best. In the wake of all that’s changed in the past decade, it feels sometimes like it’s a little harder to find. Though you might have to look in some new places or look a little differently than you did before, it’s still here and strong as ever. 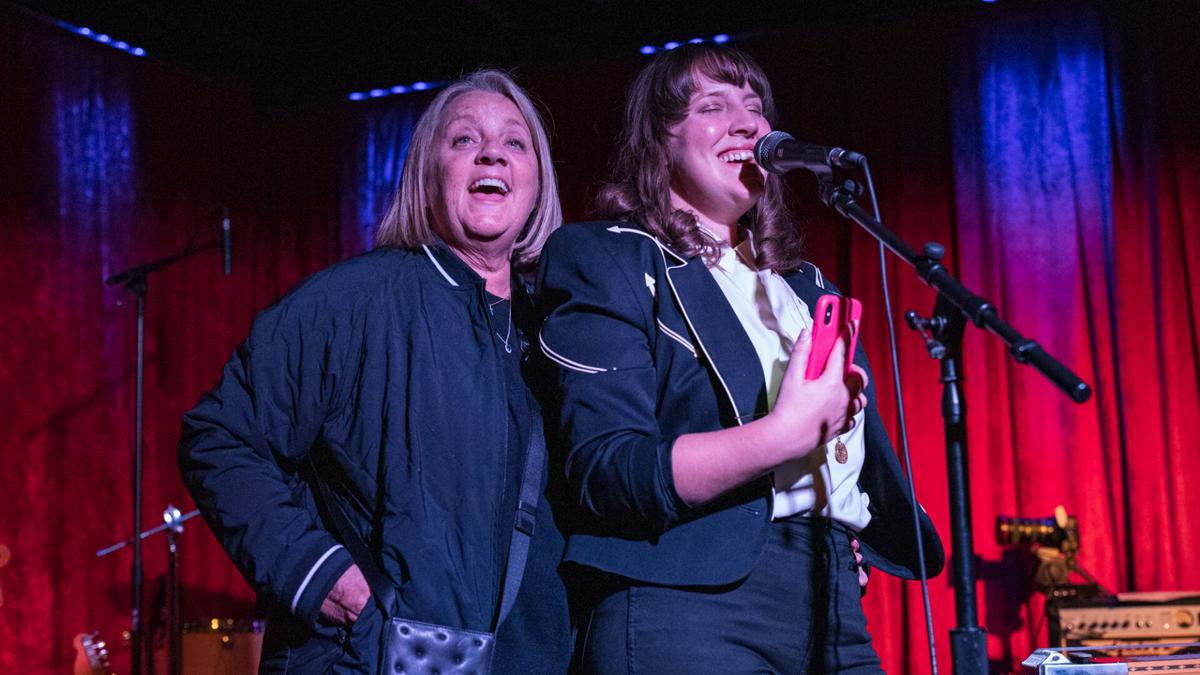 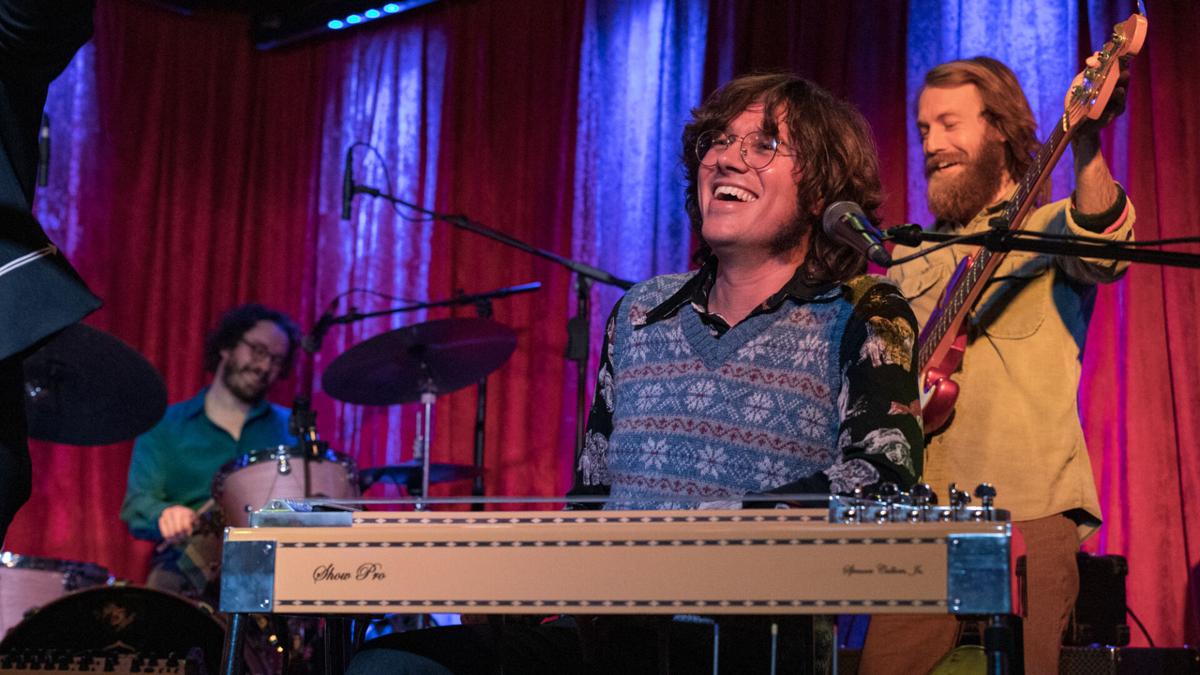 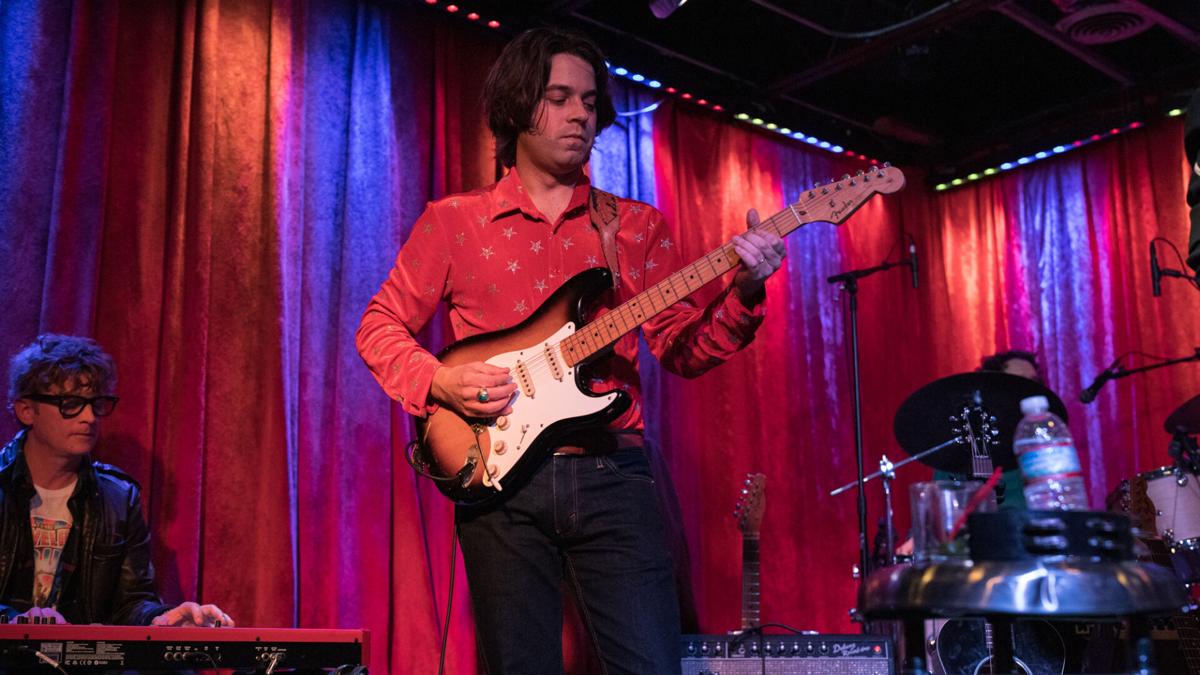 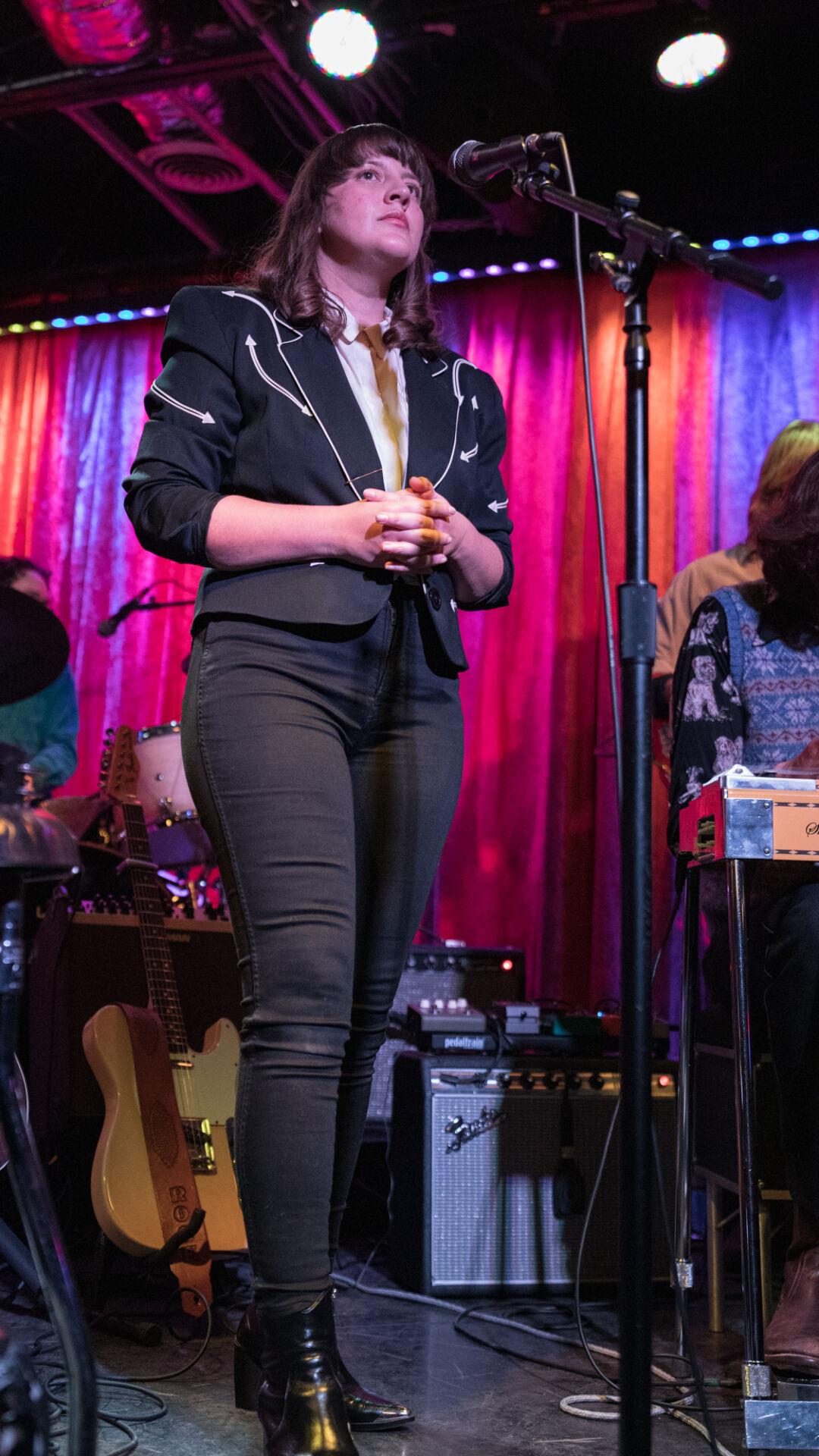 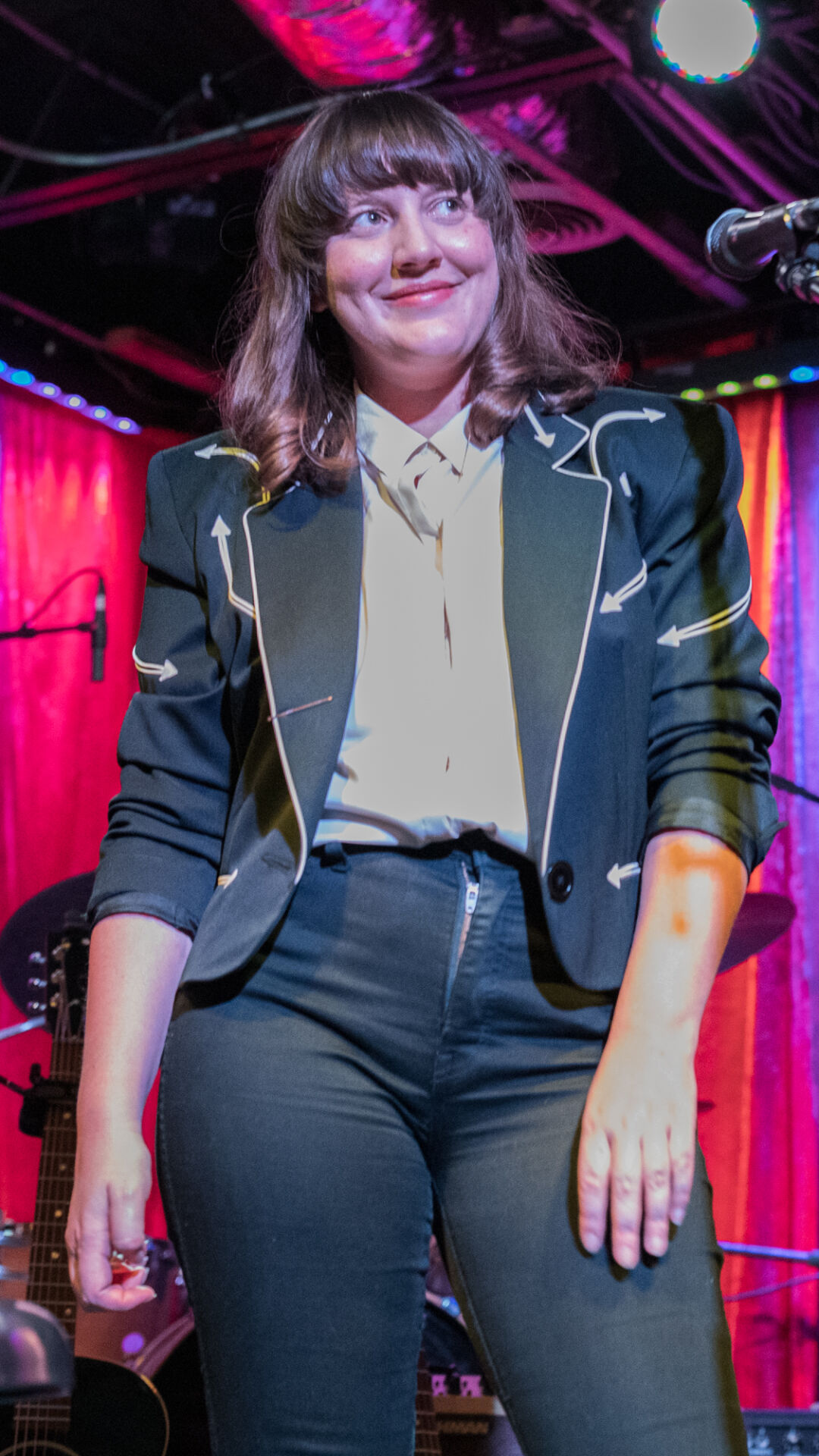 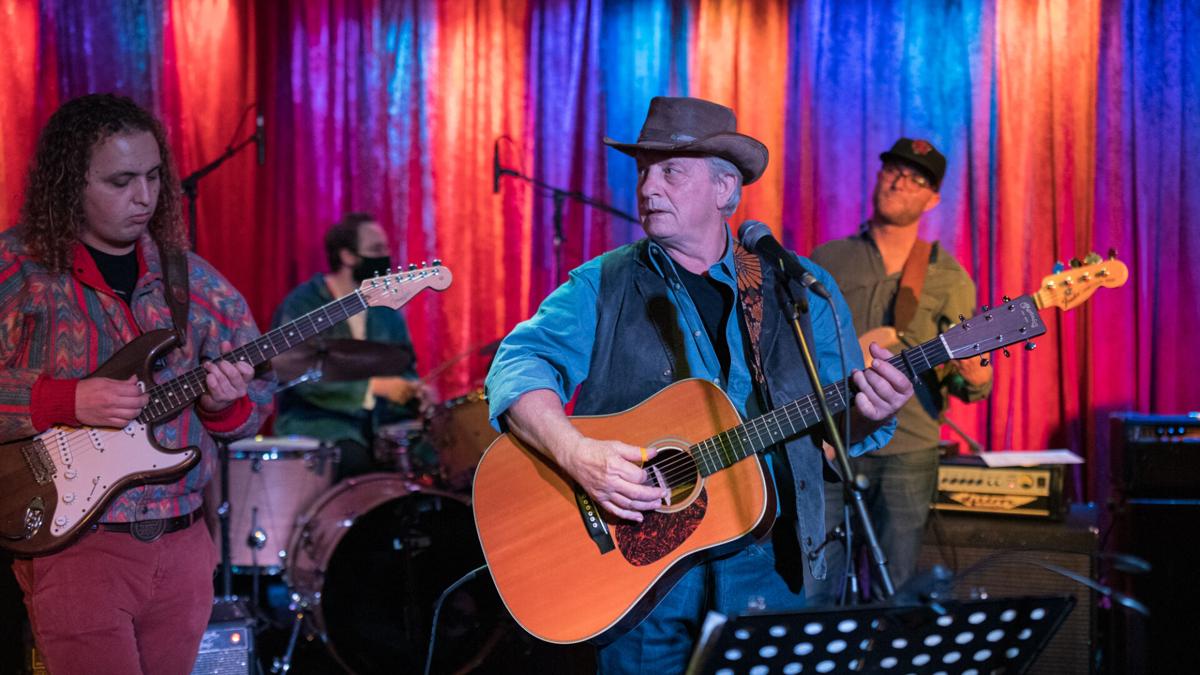 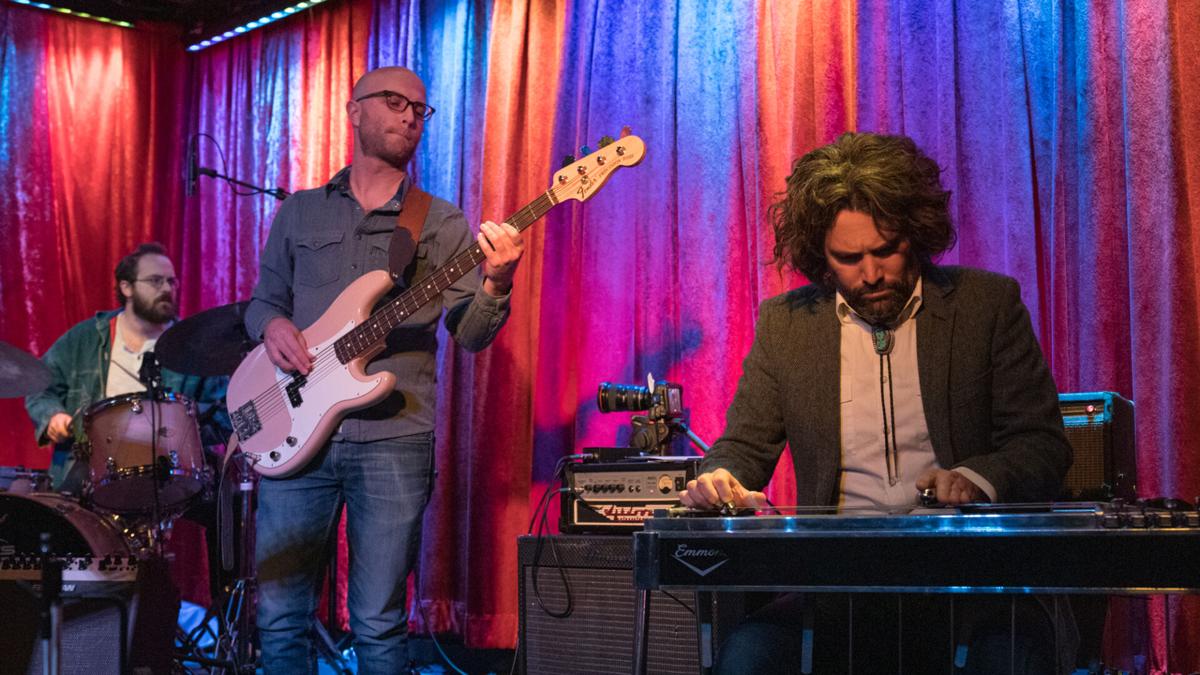 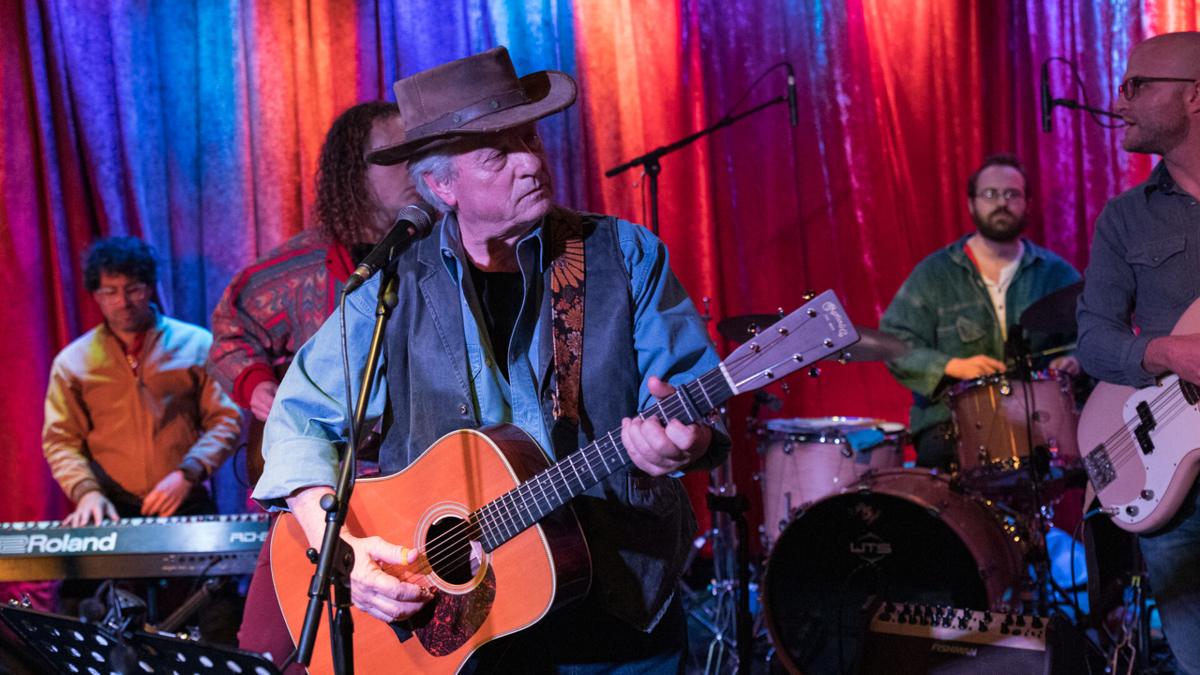 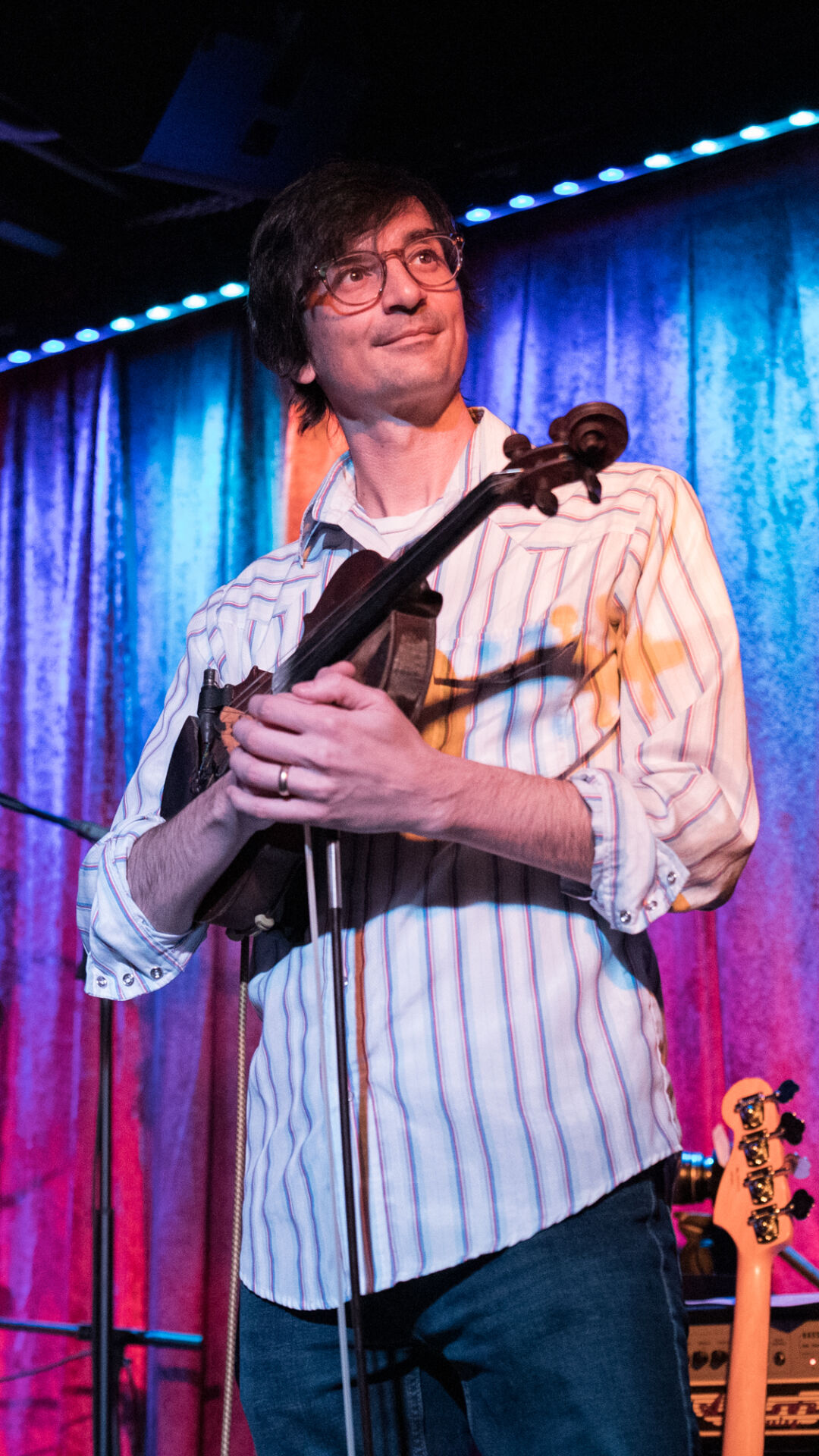 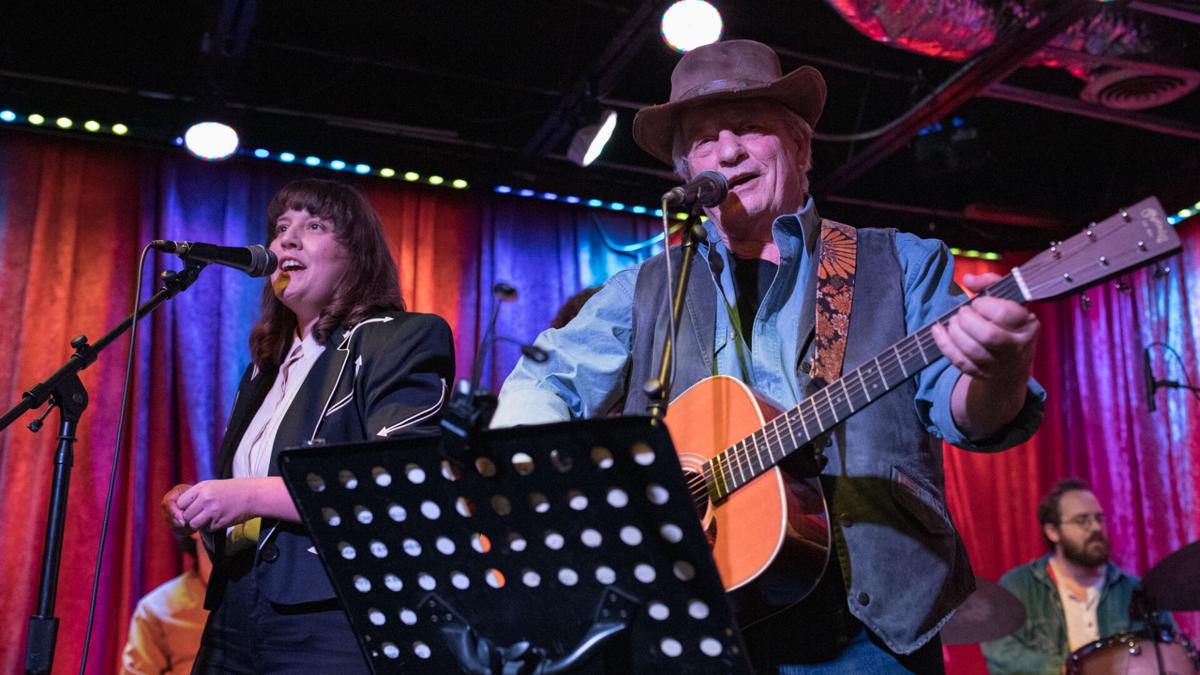