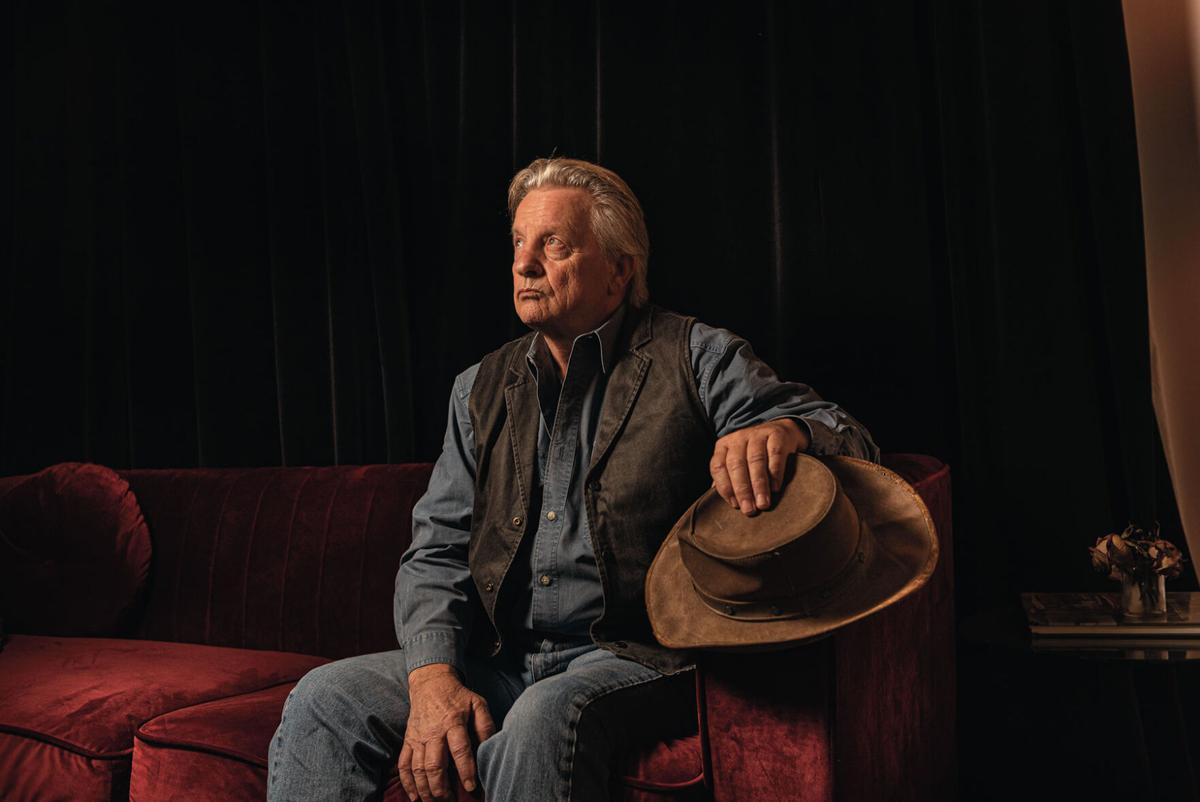 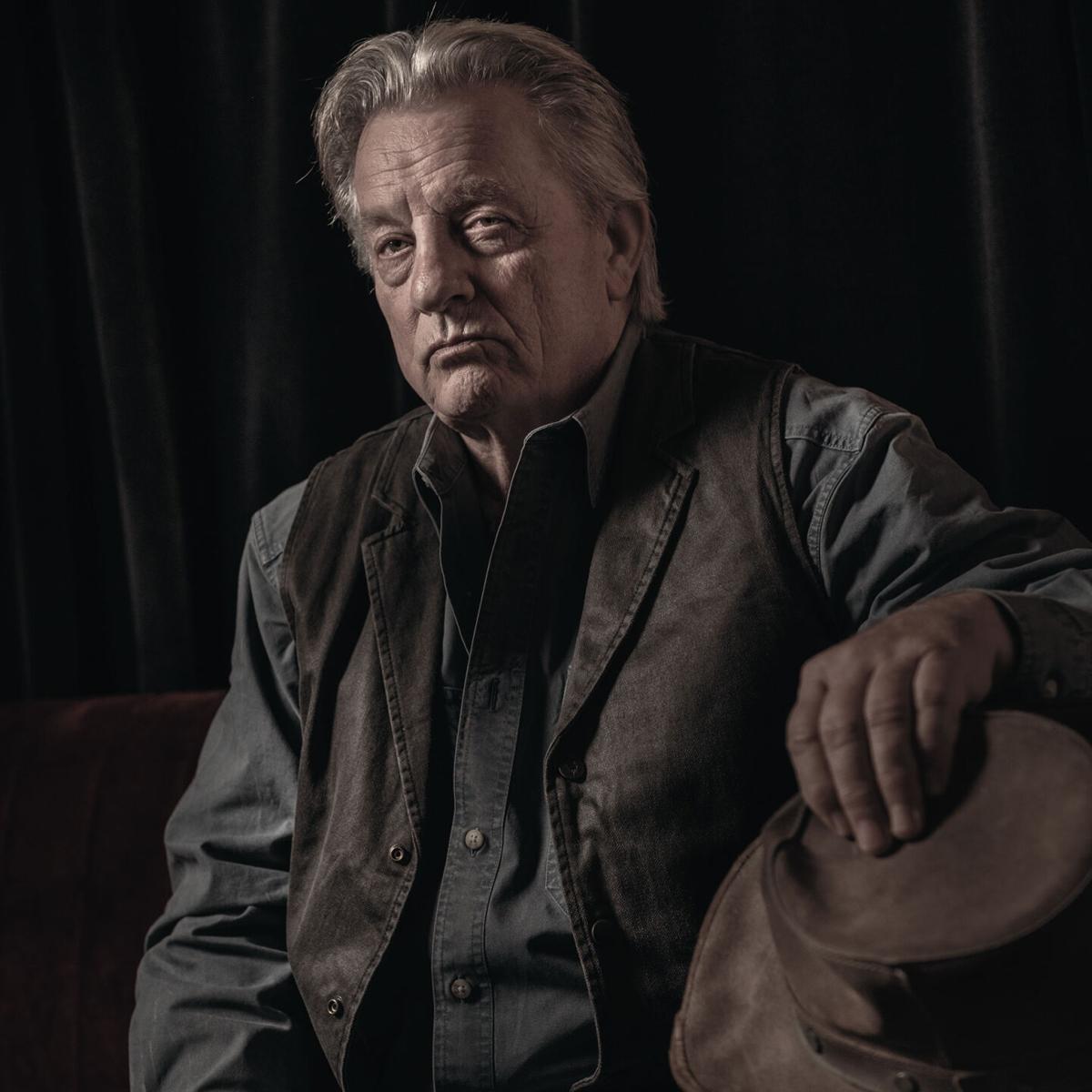 As the country singer-songwriter Loney Hutchins tells me via phone from his home near Nashville, he wasn’t shy on the day in 1973 when he caught up with June Carter Cash at her house in Hendersonville, where she lived with her husband, Johnny Cash.

“She had one leg literally in that Rolls-Royce, and I hollered, ‘Hey, June, I’m Loney Fred Hutchins, and I’m from Hiltons, Va.,’ ” Hutchins says in his soft East Tennessee accent. “She got out of her car, and I had rang her bell. When I told her where I was from, it was like a light went off in her head.”

Hutchins had moved to town that year, and he determined to meet Johnny Cash by simply driving to the Cash farm and hoping for a break. He got it: June Carter Cash was, as he describes, impressed by both his bravado and their shared geographic roots. Hutchins got his meeting with Johnny Cash that day. Cash invited him into his office, where he listened to a few of Hutchins’ songs. One of them, “Jesus,” would appear on Cash’s 1974 album The Junkie and the Juicehead Minus Me. The two men hit it off, and Hutchins went on to record music at Cash’s studio, House of Cash, and manage The Man in Black’s publishing company.

Despite his talent and his roots in the Tennessee-Virginia border region — that’s where the Carter Family lived — Hutchins never became a country star. Still, his work ethic and natural feel for country music transpire throughout his new album Buried Loot: Demos From the House of Cash & “Outlaw” Era ’73-’78, which is being released on Friday. It’s a testament to Hutchins’ beguiling vocal skills and highly developed songwriting chops. The 24 tracks on Buried Loot skip lightly over the border between outlaw country and pre-1970s country — just as Hutchins, in his youth, moved between Tennessee and Virginia in an area marked by both natural beauty and poverty.

Buried Loot collects a sampling of the many tracks Hutchins cut at both House of Cash and a nearby recording studio, Lee Hazen’s Studio by the Pond, during his tenure as one of Johnny Cash’s associates. It’s also a family affair. Hutchins’ son Loney John Hutchins, owner of the Cleft Music label, assembled the collection after spending years wondering about the reels of tape his father had accumulated in the 1970s. The younger Hutchins had grown up listening to his father’s music, but the contents of the tapes remained unknown until he decided to decode their mysteries.

“I had it in my mind that he was just sitting on tons of four-track cassettes, or really, really rough demos,” Loney John says. “In my mind, the word ‘demo’ said to me half-baked recordings, or stuff that was just vocals and guitar. The first one I strung up was one of those reels that had, like, 20 songs on it, and I recognized the first track. It was a song called ‘Pinball King,’ which is the first track on the album. That’s a song I grew up with, and I’d heard it a million times.”

Indeed, Loney John Hutchins quickly figured out that the demos were polished recordings cut with some of Nashville’s finest players — musicians like pedal-steel master Buddy Emmons and bassist Henry Strzelecki. He selected the Buried Loot tracks from among the hundreds his father had cut in the ’70s, and the collection was mastered by John Baldwin. Buried Loot is both a vivid picture of a lively era in country history and a tribute to Loney Fred Hutchins, whose story embodies country music’s power to transform ordinary life into transcendent art.

Talking to the elder Hutchins, I immediately feel the pull of a forceful presence. Coming from a place where money was scarce and cultural niceties even scarcer, he turned himself into an artist with an air of the mysticism he derived from the beauty of nature.

“The way it worked back then, you had to tell the mailman you had a child, and they would record it for you in Nashville,” he says. He was born in Sullivan County, Tenn., on Nov. 7, 1946. The area is noted for its ridge-and-valley topography, and it’s only about 20 miles east of Kingsport. Still, it was isolated and about as far away from big-city values as you could get.

He moved with his family to a house at Timbercreek Branch, just a few miles up the road in Virginia. “My grandfather’s family lived over there in a log house back in the holler — just a hidden place,” he says. “We often went over there. My parents couldn’t read or write, and I learned to read. I became a bookworm, and I just wanted to be the first [person in my family] to finish high school, and I wanted to be the first to go to college.”

After leaving home in 1966, he did a stint in the Army, which led him to Fort Riley, Kan. By 1969, when he left the Army, he had put together a band in Kansas called Hickory Wind, named after Gram Parsons and Bob Buchanan’s celebrated song.

“That’s where my head was at, to do progressive country music,” Hutchins says. “We started doing some originals, but covers first. I was a short-haired guy straight out of the Army, and my band was long-haired hippies. We couldn’t get work if [club owners] saw them. So I kept my hair short for a long time until I got around and made our bookings.”

Hutchins moved to Nashville in 1973. He sold mobile homes for a while, writing songs in his spare time. After he met Johnny Cash, the country star signed the fledgling tunesmith to a contract that earned him a $75 weekly draw against future songwriting royalties. Although he managed Cash’s song catalog, he says he didn’t work hard to push his own tunes.

“I also had all these other writers to deal with,” he recalls. “So I just put myself aside in terms of exposure, because I didn’t want that conflict of pushing my own stuff versus their stuff.” Working for Cash, he handled the catalogs of Billy Joe Shaver, Chris Gantry, Billy Edd Wheeler and many others.

Hutchins left his job with Cash in 1977, and says he made the move because he believed traditional country was on its way out. After finishing college in 1979, he continued to play live shows and write songs. Along the way, he released an album, 1983’s Appalachia Music. It features a Southern-rock-meets-country shuffle titled “Son of a No Good Man,” which sounds like the outlaw country of the previous decade.

Despite its subtitle, Buried Loot doesn’t contain a lot of outlaw country. A few tracks sport electric guitars, and “Pinball King” rides on a clavinet lick played by session cat Bobby Ogden. Hutchins casts journalist and songwriter Hazel Smith’s “Stoney Creek” as a country waltz, and “Whippoorwill” uses a modified Appalachian-ballad style that amounts to a take on folk-country.

Hutchins’ approach throughout Buried Loot makes a case for the timelessness of country, and the album contains an overarching theme whose implications continue to inform country today. Again and again, Hutchins sings about the disappearance of an ideal world of nature that human beings are intent on defiling. “Nashville Suite” is about a struggling couple who think their pay-by-the-day hotel room is paradise, while “Paradise” is about what happens when country folk go to the big city. The most chilling track is “Hillbilly Ghetto,” in which sharecroppers endure floods, death, drought, hunger and the ravages of the Vietnam War. It’s bracing, tough stuff. Hutchins earns his place in country history by not shrinking away from the harsh realities that force us to reaffirm the values we hold dear.

How Nashville cats set off the big bang when country met rock, in the Country Music Hall of Fame's eye-opening new exhibit