What if, instead of Music City, Nashville took the sobriquet “Sock City”?

It’s not that far-fetched. In 1897, Jacob May moved to Nashville and opened the Rock City Hosiery Mill, alluding to the then-current Nashville nickname. (Missed opportunity not calling it the Sock City Hosiery Mill, tautological as that may have been.) He jump-started his business by working out of and using convict labor from the state prison, which was then on Church Street — that of course kept costs low, at the price of wading into a morally specious space.

In 1908, Jacob moved his mill to Brown Street in what we now call Wedgewood-Houston, and then expanded to Chestnut and Houston streets, where the facility we now know as May Hosiery Mills remains. By that time, the mill was one of the city’s biggest employers, and at its peak it churned out a million socks every week. May made up for his earlier moral shortfall in the 1930s when the mill employed hundreds of European Jewish refugees who May helped flee out of Nazi Germany.

May-made socks were everywhere by the mid-20th century. Seriously, everywhere: The socks Neil Armstrong and Buzz Aldrin wore on the moon? They came from the factory at Chestnut and Houston.

The mill closed in 1985 and became a rather charmingly grungy and dark studio space for artists of all types. AJ Capital Partners — the company that has in the meantime purchased, among other things, longtime venue Exit/In — bought the property in 2015. AJ spruced up the outside with new — though period-appropriate — brick and windows as part of a broader update. AJ and architecture firm Tuck Hinton have festooned the large street-level window with hyper-close-up black-and-white portraits of (presumably) longtime Nashvillians in an indication they intend to be good stewards of the city’s character. It’s a matter of personal perspective if it comes off as endearing or cynical.

The stretch of Houston south of the mill is chockablock with construction, coffee and craft cocktails. On this particular October morning, many of the coffee shops are as closed as the cocktail bars, which seems like an odd business decision. The cafes that were open, however, didn’t seem to mind the lack of competition. Beyond Houston’s intersection with Brown, the crew at Jackalope is brewing beer and having a joyous sing-along. Across the street, the building bookended by Earnest Bar & Hideaway and Bastion is architecturally interesting. The first floor is stone, extending up to the arches above the windows, where it transitions to brick. A copper door greened by patina leads to the Nashville showroom of high-end furniture concern Cococo Home.

The lots on the north side of Houston narrow into flatirons as the road moves east and the rail line creeps closer. An ancient wall continues to do yeoman’s work holding the earth in the railroad right-of-way from tumbling into the road. Vacant lots on Pillow have been fenced, now serving as parking for the nearby hangouts as the road climbs past what are either overgrown lots or pleasant urban pockets of nature (depending on one’s perspective). 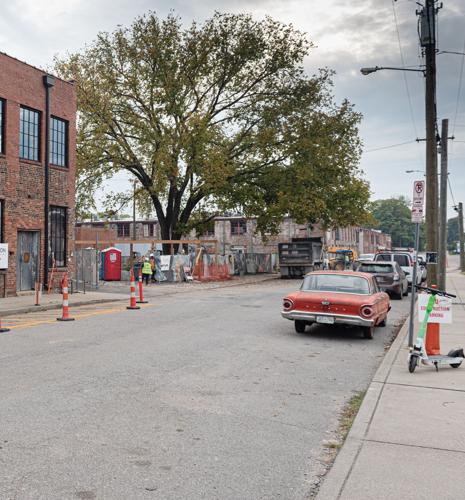 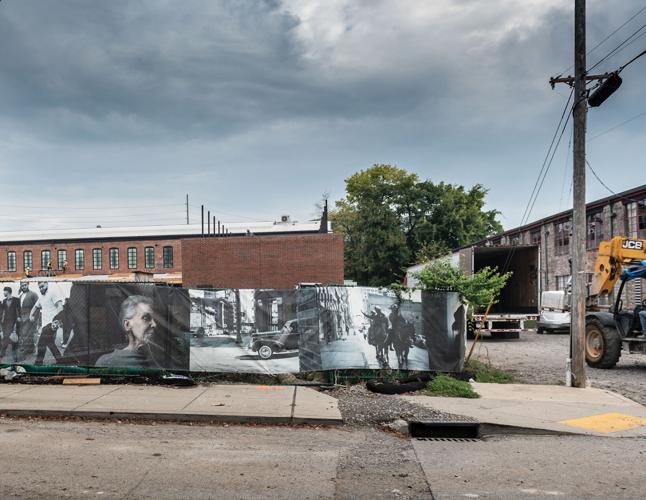 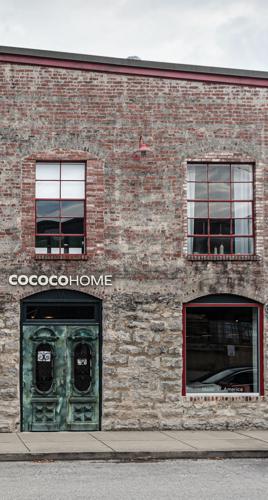 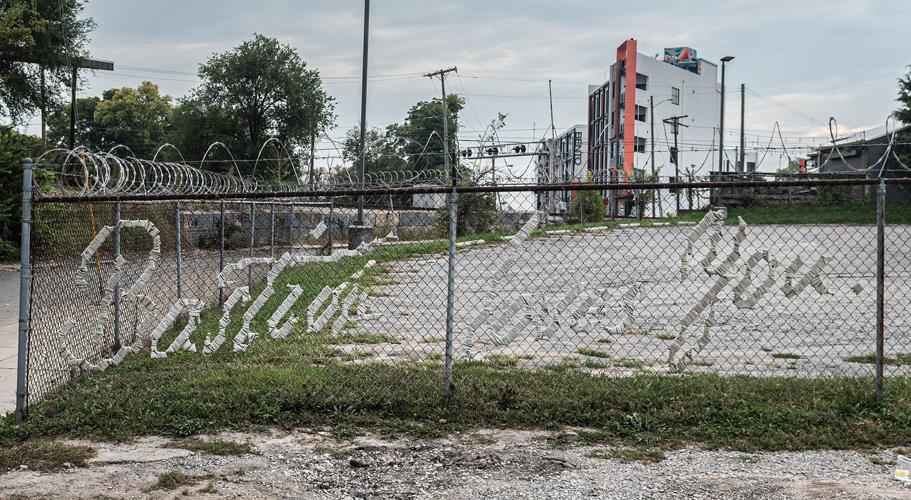 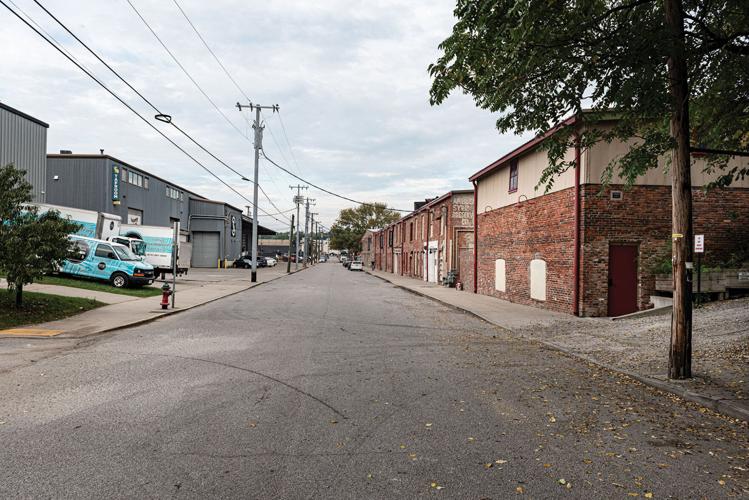 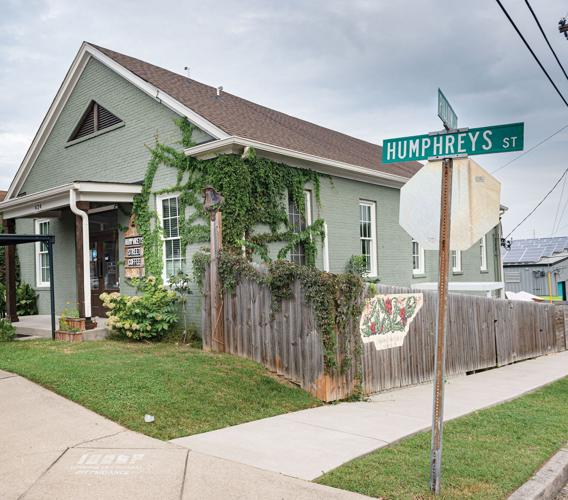 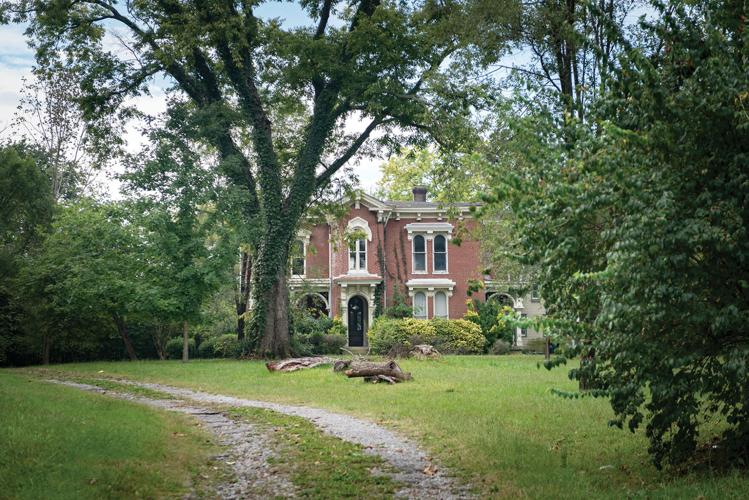 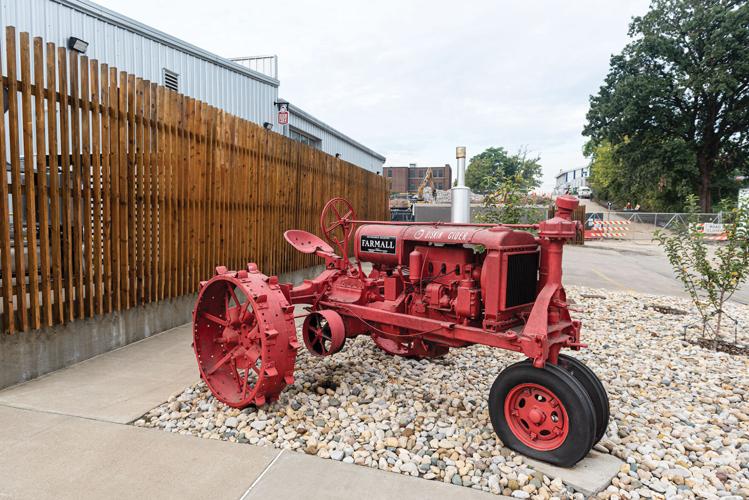 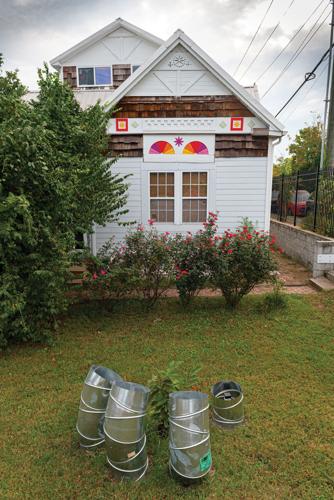 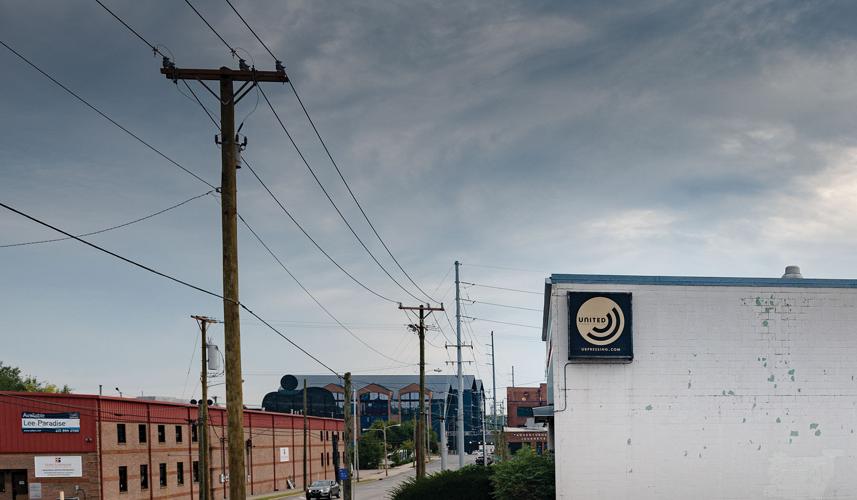 At the corner of Pillow and Humphreys is the former home of the Humphreys Street Methodist Church, which bought the plot in 1900. Brentwood Methodist then purchased it in 2013 and transferred ownership to Harvest Hands Community Development Corp.

The late Howard Olds, longtime pastor of the Brentwood church, wanted to use his congregation’s resources to help their neighbors in Wedgewood-Houston. That gave rise to Harvest Hands, which partnered with residents through the South Nashville Action People neighborhood association to provide after-school care, healthy living programs and economic assistance. Of course, the Wedgewood-Houston of 2008 is not the Wedgewood-Houston of 2021. Gentrification and a rapid cost-of-living increase forced out many of the families Harvest Hands served, and eventually the organization moved its headquarters across Lafayette to Napier-Sudekum. But the old church remains, now called Humphreys Street Coffee Shop, a cafe and general store of sorts that employs neighborhood teens — providing not only work, but also mentoring, financial literacy programs and scholarships.

As it moves east, Humphreys climbs enough to offer a stunning and, honestly, unexpected view of the Nashville skyline. Just as stunning is the massive Italianate home at 441 Humphreys. Officially — at least according to the property assessor — the home dates to 1899, and certainly the edifice is of that vintage. Its Victorian stylings indicate as much. But within its walls is a dogtrot cabin built in the early 19th century by Capt. John Rains, part of the pioneering group led by James Robertson and John Donelson, on his 640-acre land grant. He moved the cabin to what is now 441 Humphreys in the 1840s and expanded it into a Federal-style home for his youngest daughter, Sally Merritt. Her daughter began work expanding the home — by then known by the name it holds now, the Merritt Mansion — in the 1870s, as it took the form it has now. The mansion stayed in the family until the 1920s, when it passed to the Hargroves family. The last Hargroves descendant, Elizabeth Crawford, lived there with a family friend from the late 1920s until 2003. When the friend died, the coroner told Metro Codes the home was collapsing, the roof caving in.

Initially, Codes ordered the mansion’s demolition, but SNAP urged them to wait and see if a buyer could be found for the neighborhood landmark. Indeed, Patrick and Holly Murphy — he’s a software engineer, she’s a paralegal who spotted the listing in the newspaper — picked up the home for $270,000 in 2004. The Murphys resurrected the home and were married in its front yard before selling to Kings of Leon in 2015 (for a cool $1.3 million). Now? It’s owned by, yes, AJ Capital Partners.

There’s an odd collection of stairways to nowhere and mailboxes that appear to have no corresponding residence of business as Humphreys glides back downhill to the west and its intersection with Martin and the SNAP community center. In the late 1970s, SNAP — which was founded by four longtime residents of the neighborhood — received a grant from the Department of Housing and Urban Development to purchase a bar, the Pink Poodle 2. SNAP was started initially to keep the area from being rezoned entirely industrial. They fought off the plans for a waste treatment plant and turned a bar into a place where the neighborhood could gather.

One of the most active neighborhood associations in the city, SNAP uses a rubric — agreed to by neighborhood residents — that determines if new developments (and there have been and are a lot of them) meet their standards.

Turning the Pink Poodle 2 into a community center doesn’t mean there aren’t any watering holes on Martin. Diskin Cider has a taproom here, and Corsair’s newest facility at Martin’s intersection with Merritt sits where the aforementioned waste treatment plant was planned.

Beyond Corsair, Merritt is almost nothing but construction. It’s a little bit like walking into a massive crater where some city has bulldozed blocks to build infrastructure for an ill-advised Olympics hosting bid. As Nashvillians have learned, elevator shafts and stairwells go up first when multi-floor buildings come out of the ground. In Wedgewood-Houston, the cinder-block towers dot the dusty landscape like 21st-century monoliths or moai dedicated to the gods of “progress.”

Neighborhood mainstays like David Lusk Gallery, Dozen Bakery and Gabby’s Burgers and Fries (sign proclaiming “Still Alive!!!”) dot Hagan as it runs north. If there were ever traditional sidewalks on Hagan, they aren’t there now, but there are nice trails on the roadside marked out with cedar bark. Hagan curves back into Chestnut, the corner home’s yard bursting with wildflowers as trains sit laid up in the rail yard nearby, waiting their turn to stall traffic at the crossing near Chestnut and Fourth Avenue.

Among the businesses on the blocks of Chestnut southwest of May Hosiery is United Record Pressing’s longtime plant. (URP headquarters have since moved to Allied Drive.) It was founded in 1949 as Southern Plastics, an offshoot of an independent Nashville record label. It was one of the top manufacturers of vinyl records, particularly 7-inch singles, which would eventually become the standard for jukeboxes.

URP took its current name in the 1970s, and its retro-cool building and key role in rock history (it put out the first North American 7-inch by The Beatles) are enough to make it historically significant. But much like May Hosiery, there’s more to the story.

Among the company’s clients in the 1950s and ’60s were labels like Motown and Vee Jay Records, both putting out music by Black artists. Those artists and record executives would, on occasion, need to come to Nashville for meetings. But it being the 1960s and Nashville, accommodation was tough to find, particularly outside of North Nashville. So the record manufacturers turned an upstairs space at their Chestnut Street facility into the “Motown Suite,” a place open to their Black clients to live and work while in town. The suite is still intact, decorated just as it was during segregation.

There’s been a lot of change in Wedgewood-Houston, and a lot of it is still going on. But there’s hope that the changes will honor the legacy and character of the neighborhood, because for a long time, people here have been standing up for what’s right.