Skip to main content
You are the owner of this article.
Edit Article Add New Article
You have permission to edit this article.
Edit
Home
News
Arts & Culture
Food & Drink
Music
Calendar
Media
Promo
About
Best of Nashville
Share This
1 of 12 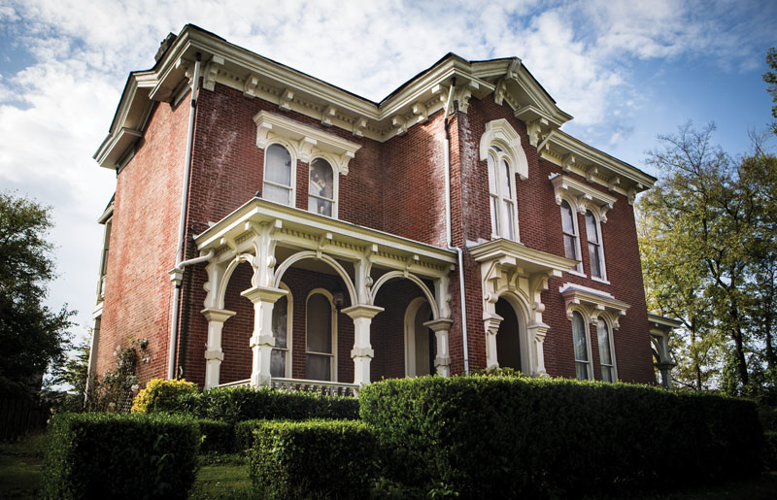 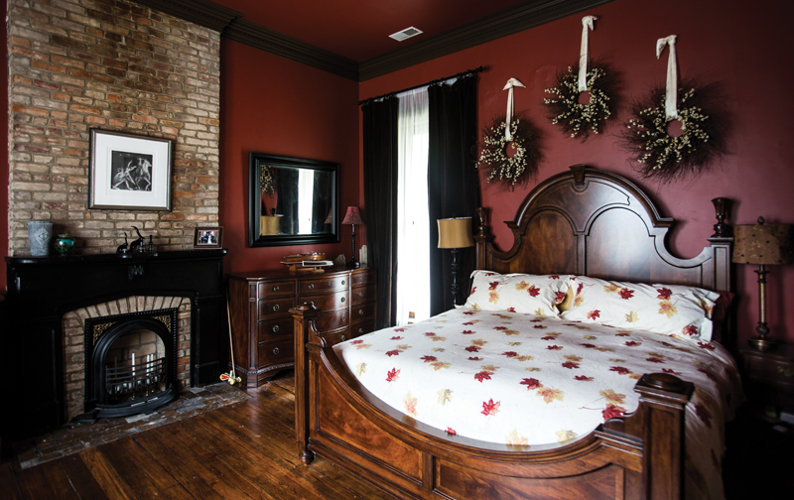 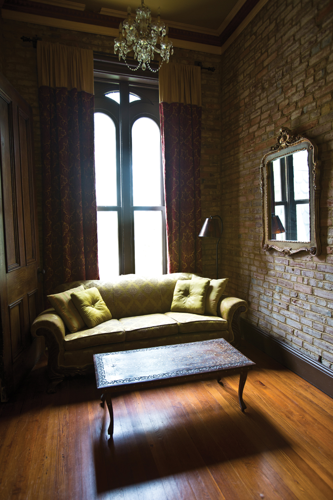 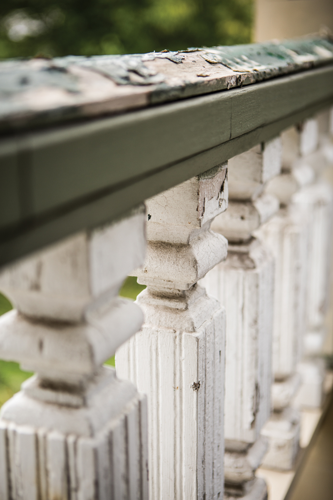 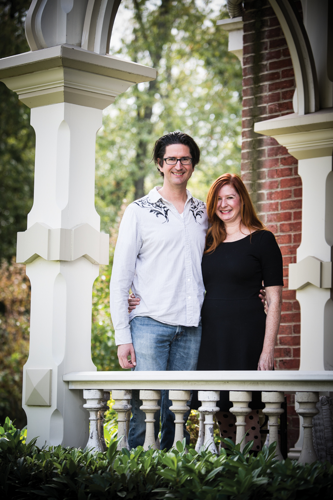 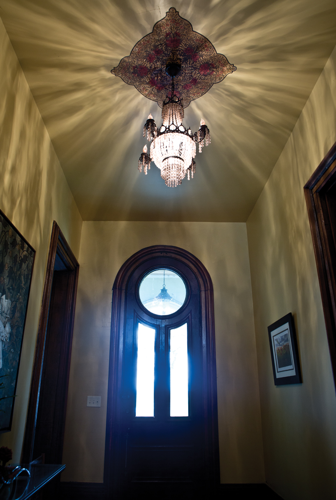 foyer, with painted medallion that was hidden behind layers of wallpaper 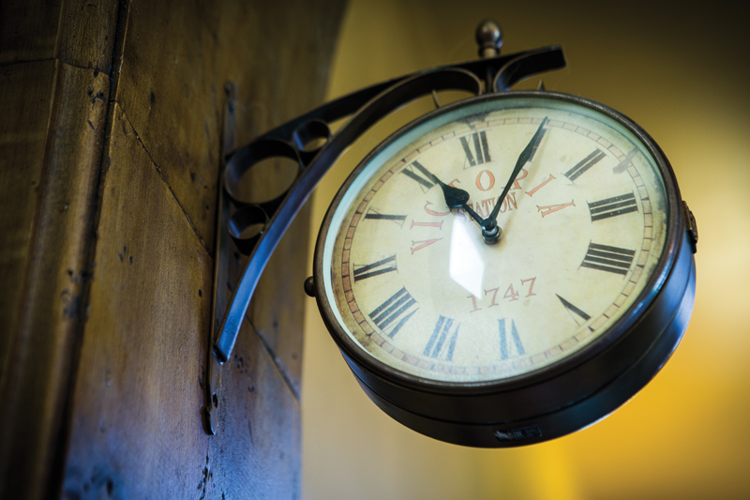 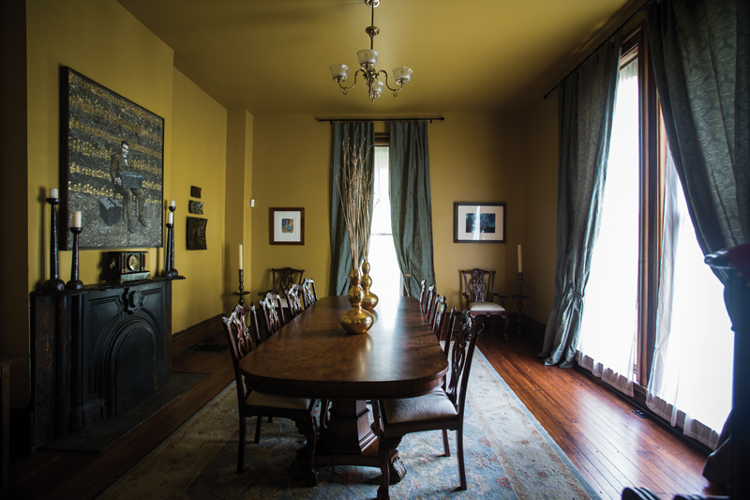 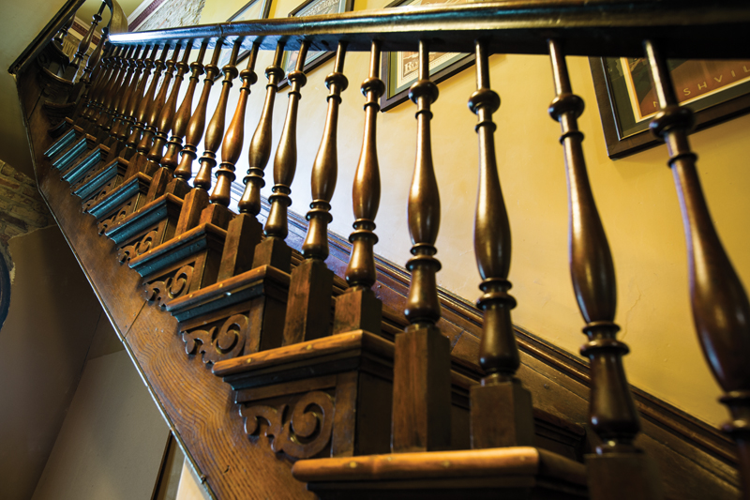 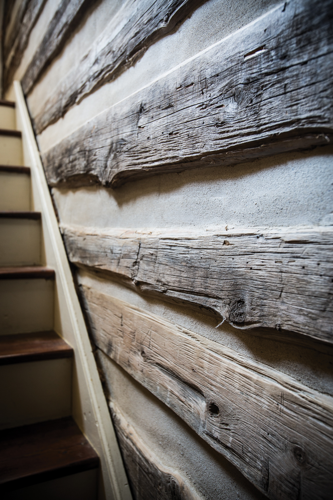 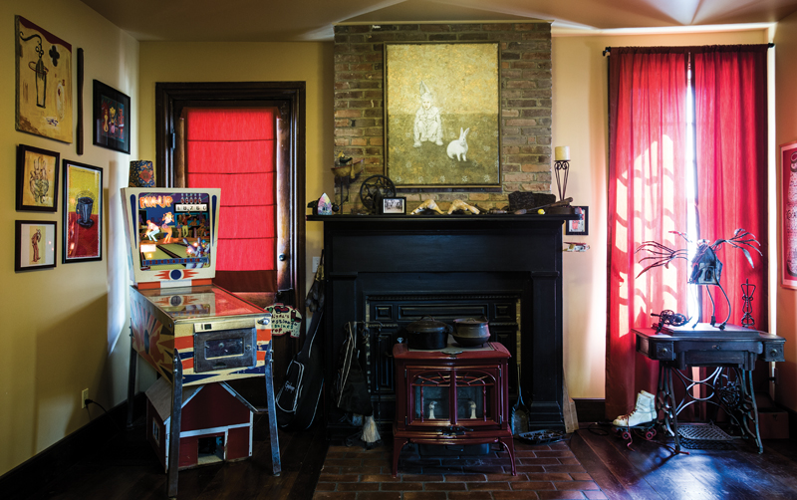 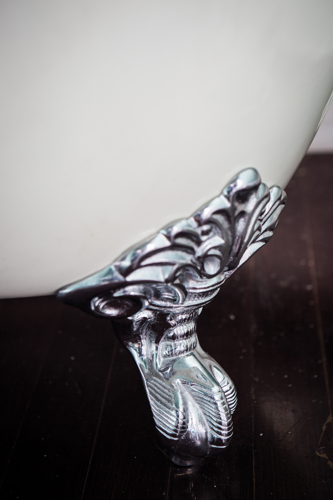 Patrick Murphy has a term for the house that's consumed much of the past 10 years of his life. "Italianate"? Well, no — though the house definitely belongs to that Renaissance-influenced architectural style, popular in the mid-19th century.

"Antebellum"? That's not it either — though the section of the home built in 1840 certainly qualifies. No, it's a little less technical.

Years ago, he was telling some friends about the enormous old manse he'd purchased on an overgrown lot on Humphreys Street. When he offered to drive them out to see it, he says he figured "Holy shit!" would be their reaction.

That's pretty much the reaction he gets today, too, after a dramatic renovation that transformed the 4,800-square-foot behemoth — then a maze-like edifice with a colander for a roof, leaks and rotten wood everywhere, and a mammoth staircase detaching itself from the brick walls — into a fanciful blend of the antique, the modern and the comfortable.

The house at 441 Humphreys has withstood centuries of change in the currently booming Wedgewood-Houston neighborhood. It incorporates a log cabin built nearby by Capt. John Rains, one of the founders of Fort Nashboro, in the late 18th century on his 640-acre farm. That dog-trot cabin, with its characteristic breezeway, was moved to the current site in 1840 and expanded into a Federal-style home for Rains' youngest daughter, Sally Merritt.

After the Civil War, in roughly 1870, the Merritts' daughter added the massive Italianate structure with its 12-foot ceilings, ornate mahogany staircase and 10-foot doors. Known today as the Merritt Mansion, it would remain among the Rains' descendants until the 1920s, when it was sold to the Hargrove family. As recently as the 1970s, Murphy says, livestock still grazed on farmland where art galleries stand today.

But a split among the heirs resulted in one selling the land for the industrial development that until recently defined the neighborhood. The home itself remained the property of the Hargroves' granddaughter, Elizabeth Crawford, who lived there from the 1920s on as the facility deteriorated around her. When the family friend who shared the home died in 2003, surrounded by heaps of belongings, the coroner's office discovered the crumbling ceilings and falling floors. They told Metro Codes, which eventually issued a demolition order.

As it happened, Murphy, a Wisconsin-born recording engineer who's worked with artists such as Dolly Parton and Kenny Chesney, was looking for just such a house. He and his wife Holly, then his girlfriend, had lucked into a couple of properties in East Nashville in 2003 before the real estate boom hit. In the meantime, Wedgewood-Houston neighborhood advocates had convinced the city to stand down on demolition if a buyer could be found. The house sat on the market for several months, its price dwindling — until Holly Murphy, a paralegal, saw the listing online.

They ultimately purchased the home in 2004 for $270,000, little more than the cost of the land. But almost three times that amount would go into renovation. Knob-and-tube wiring had to go. The heavy staircase had to be anchored. Plumbing had to be overhauled. Worse, whenever they got something fixed, burglars would break in and try to remove copper pipes or other fixtures. Patrick took to spending nights in the home with a handgun and a police-trained dog by his side. The house would remain otherwise uninhabitable for two years.

But those who see the home now — such as patrons on the Wedgewood-Houston art crawl, who viewed work there last year by painter Kelly Williams — are astounded at the transformation. Modern touches such as a gleaming aquarium, paintings by Patrick's sister Pamela Murphy, and vibrant Howard Finster-esque artwork coexist with features such as an original pine threshold worn smooth and indented by centuries of visitors. Many of the furnishings bear traces of Holly's Louisiana background: a wardrobe huge enough to house Narnia, bought from a New Orleans plantation; corbels from a mansion once owned by Alamo defender Jim Bowie near Holly's hometown of Thibodeaux, La.

They did such a remarkable job, in fact, that a young buyer recently inquired about buying the house. Patrick, reluctant to sell, mentioned what he considered "a dream amount." The buyer didn't blink. There is now a seven-figure contract pending on the Merritt Mansion, with plans to build on the large parcel out front.

Selling the home is bittersweet, Murphy says — and not just because he and his wife were married in 2006 in the front yard he tamed with his first riding mower. It represents a 10-year adventure that saved the most historic property in the neighborhood from the bulldozer. Just beginning, however, is their next adventure. Patrick and Holly Murphy have a contract of their own pending in Inglewood, on a 3,200-square-foot home built in 1918.