You are the owner of this article.
Edit Article Add New Article
You have permission to edit this article.
Edit
Home
News
Arts & Culture
Food & Drink
Music
Calendar
Media
Promo
About
Best of Nashville
Share This
1 of 13 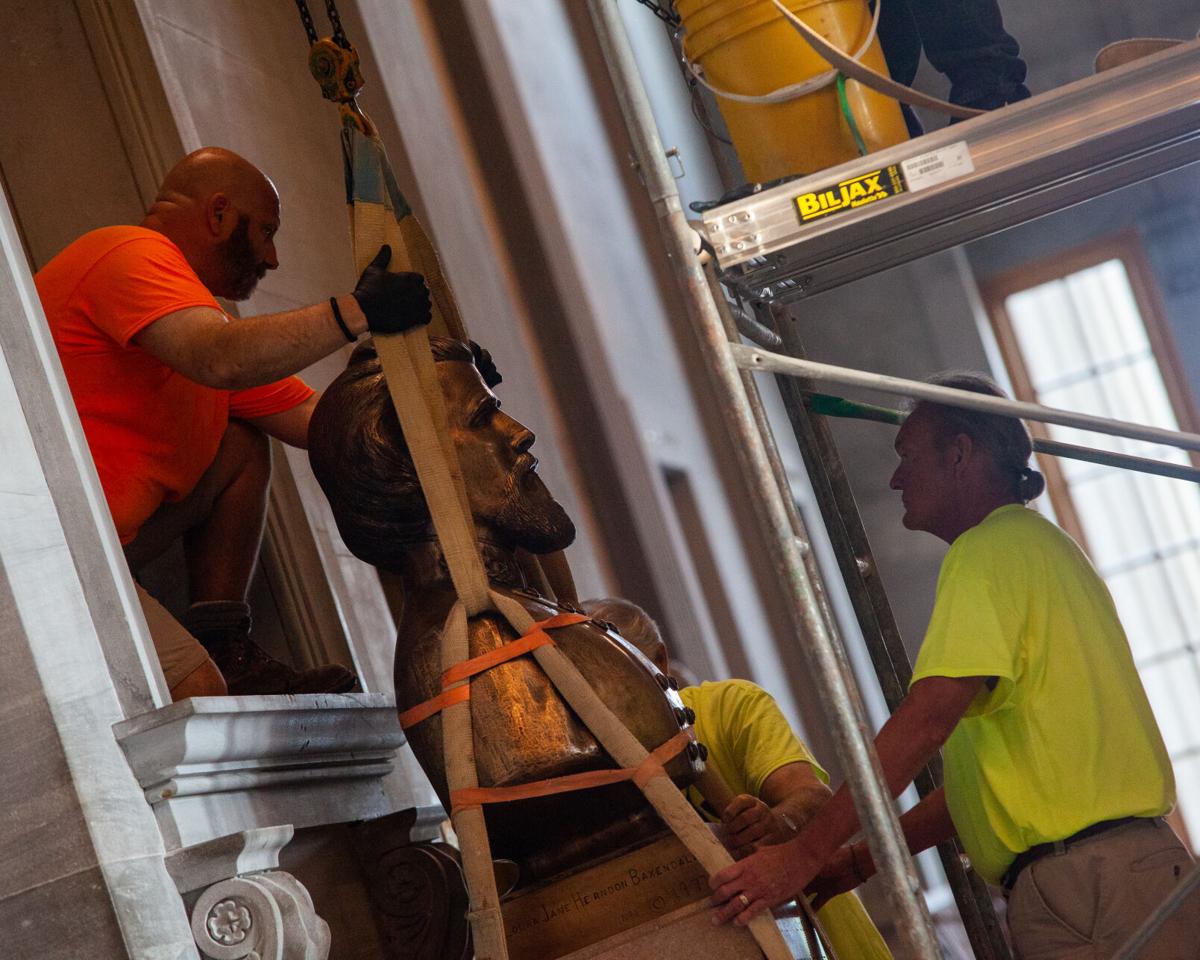 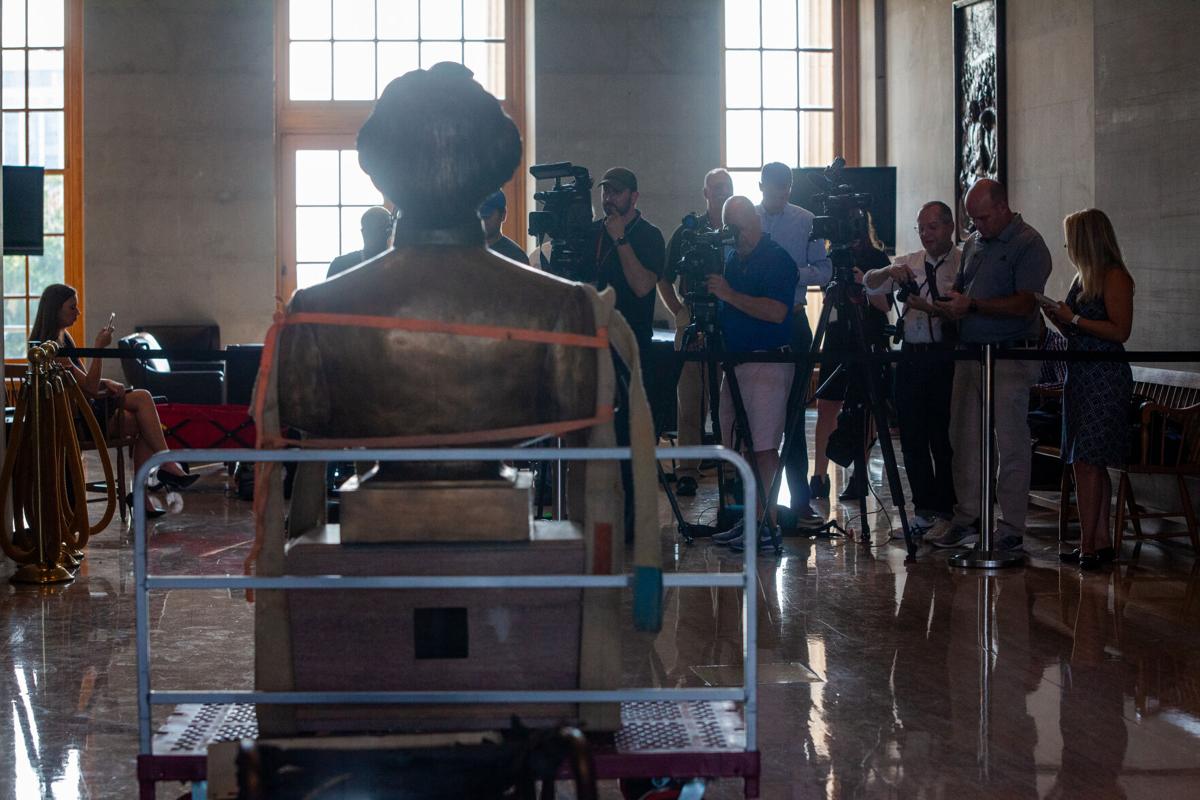 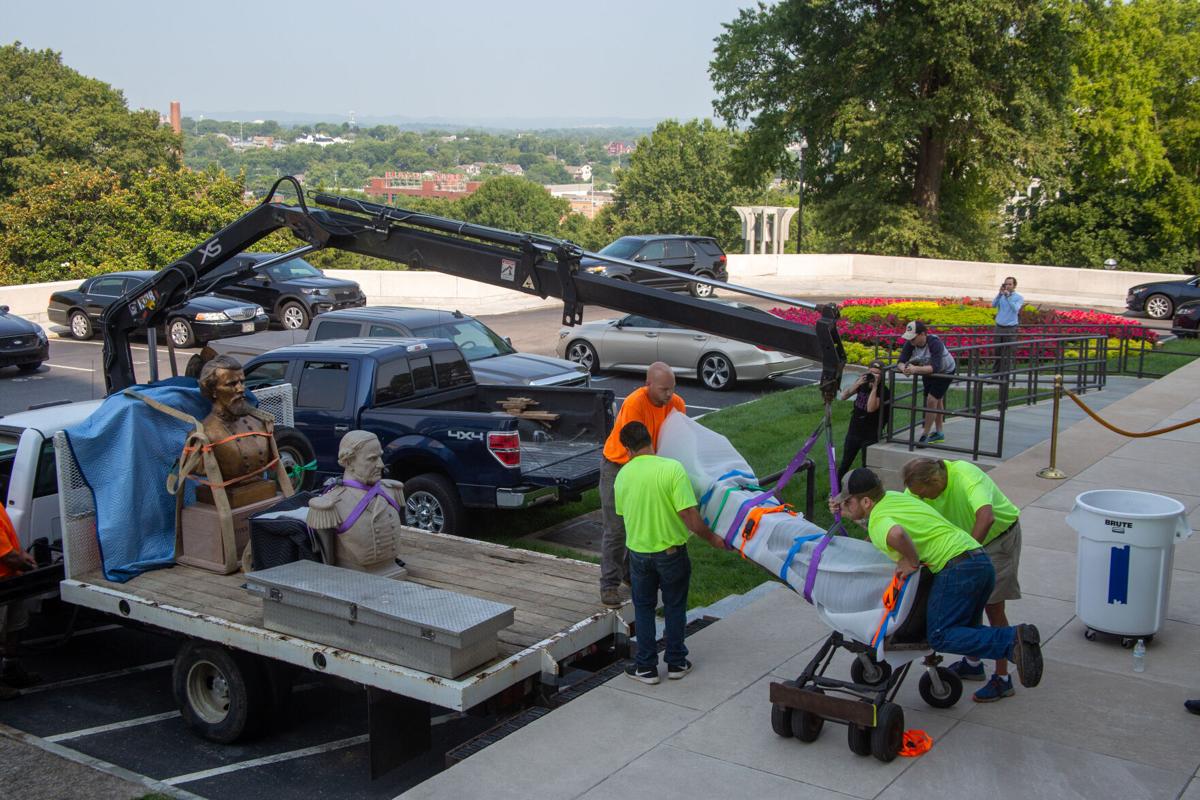 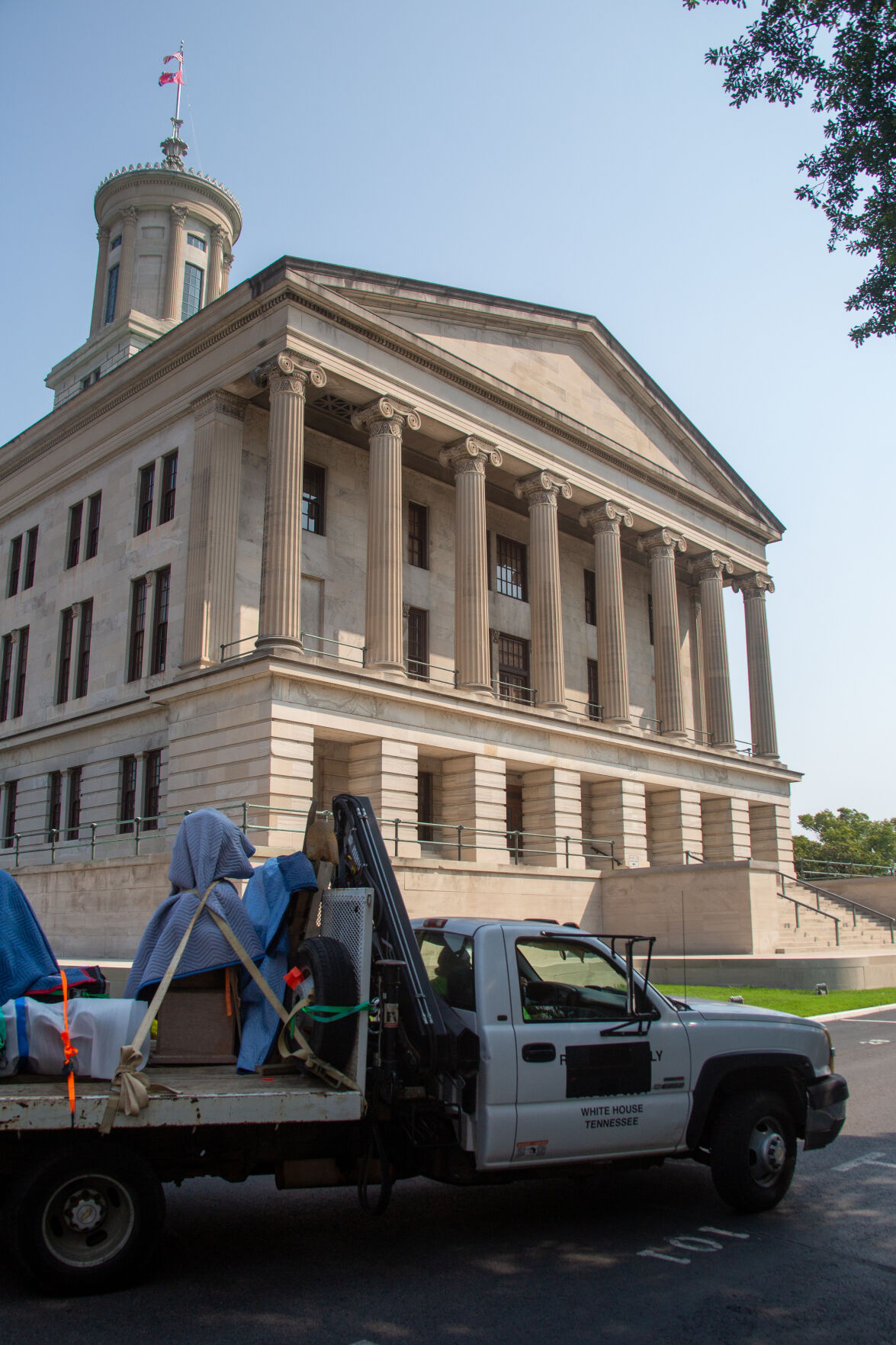 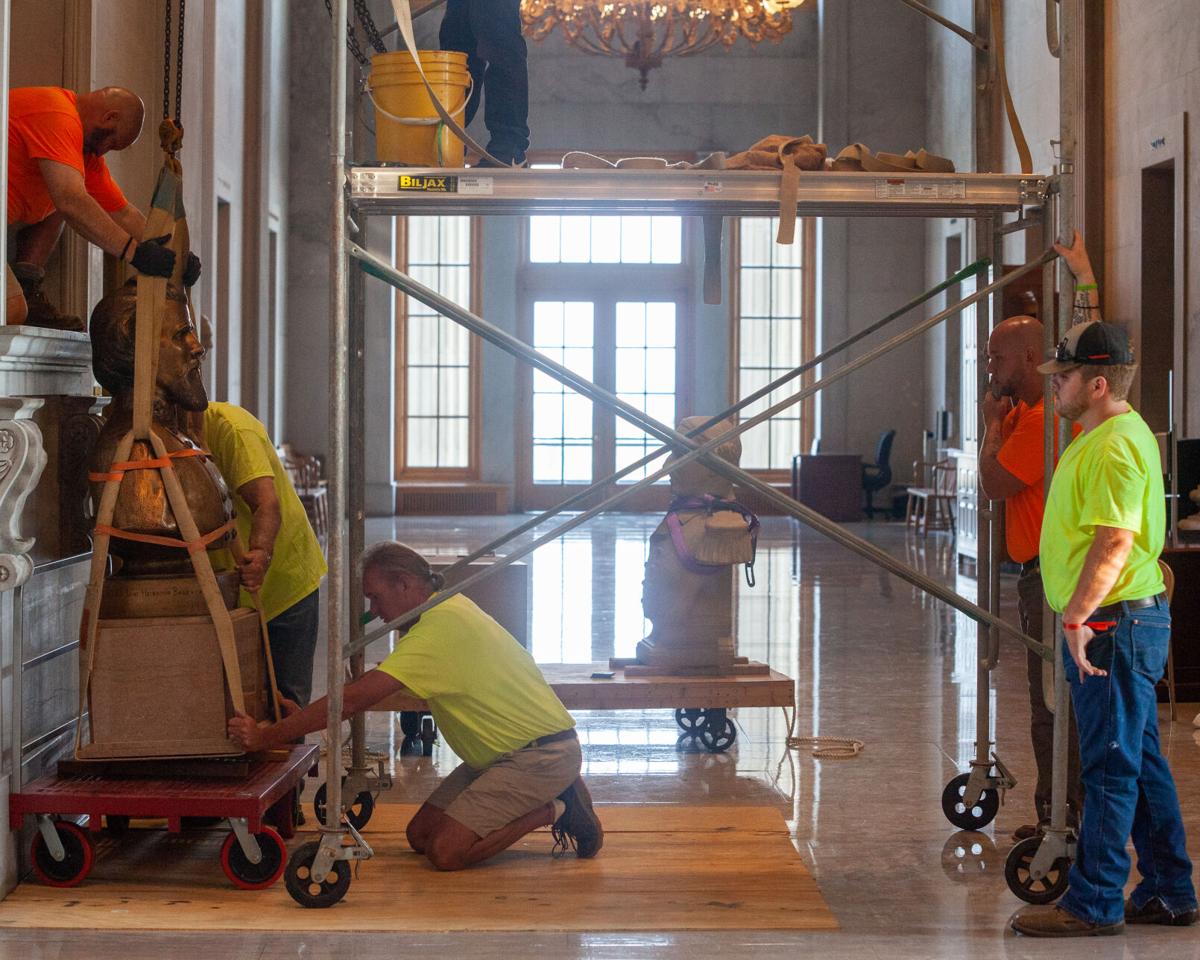 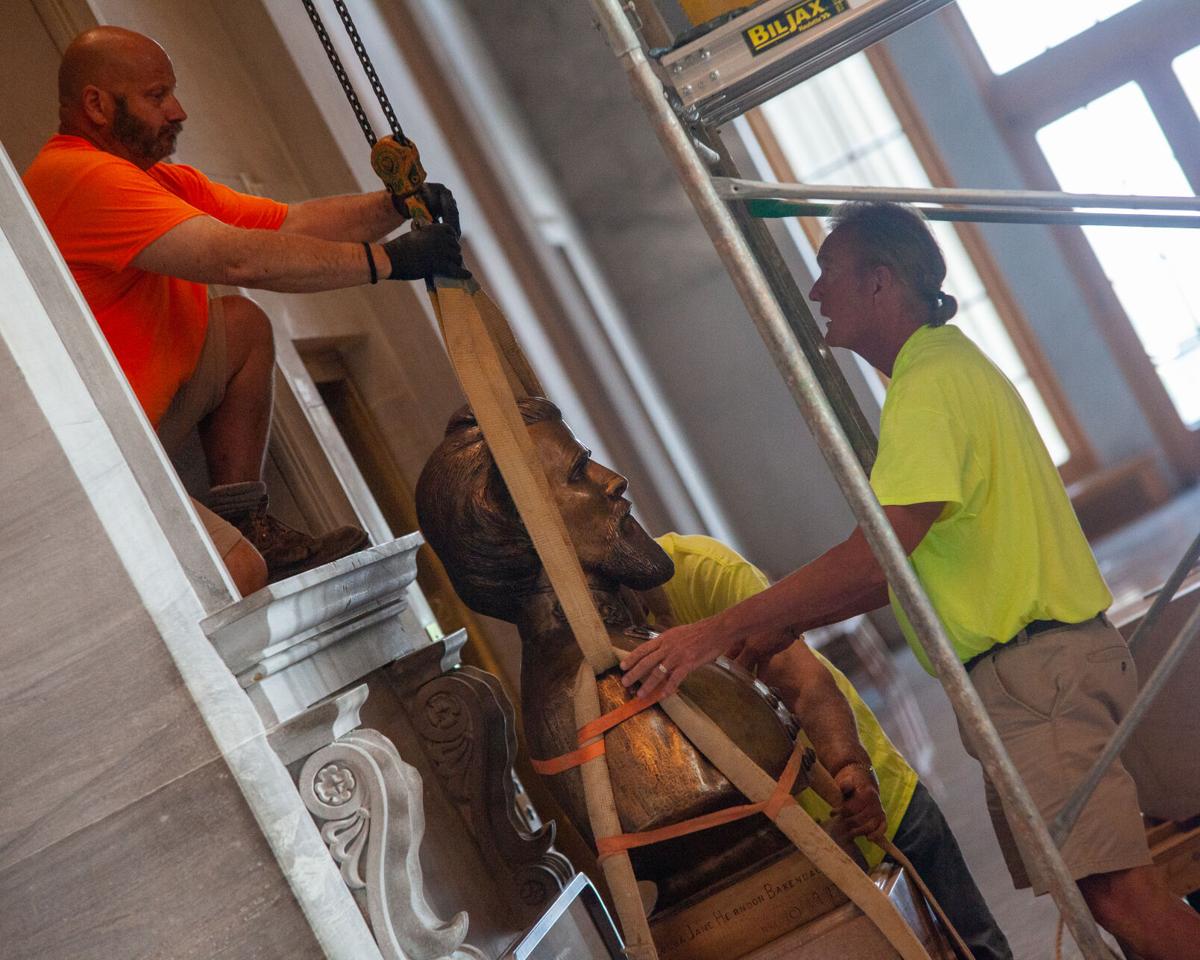 Workers remove the Nathan Bedford Forrest bust from the state Capitol on July 23, 2021 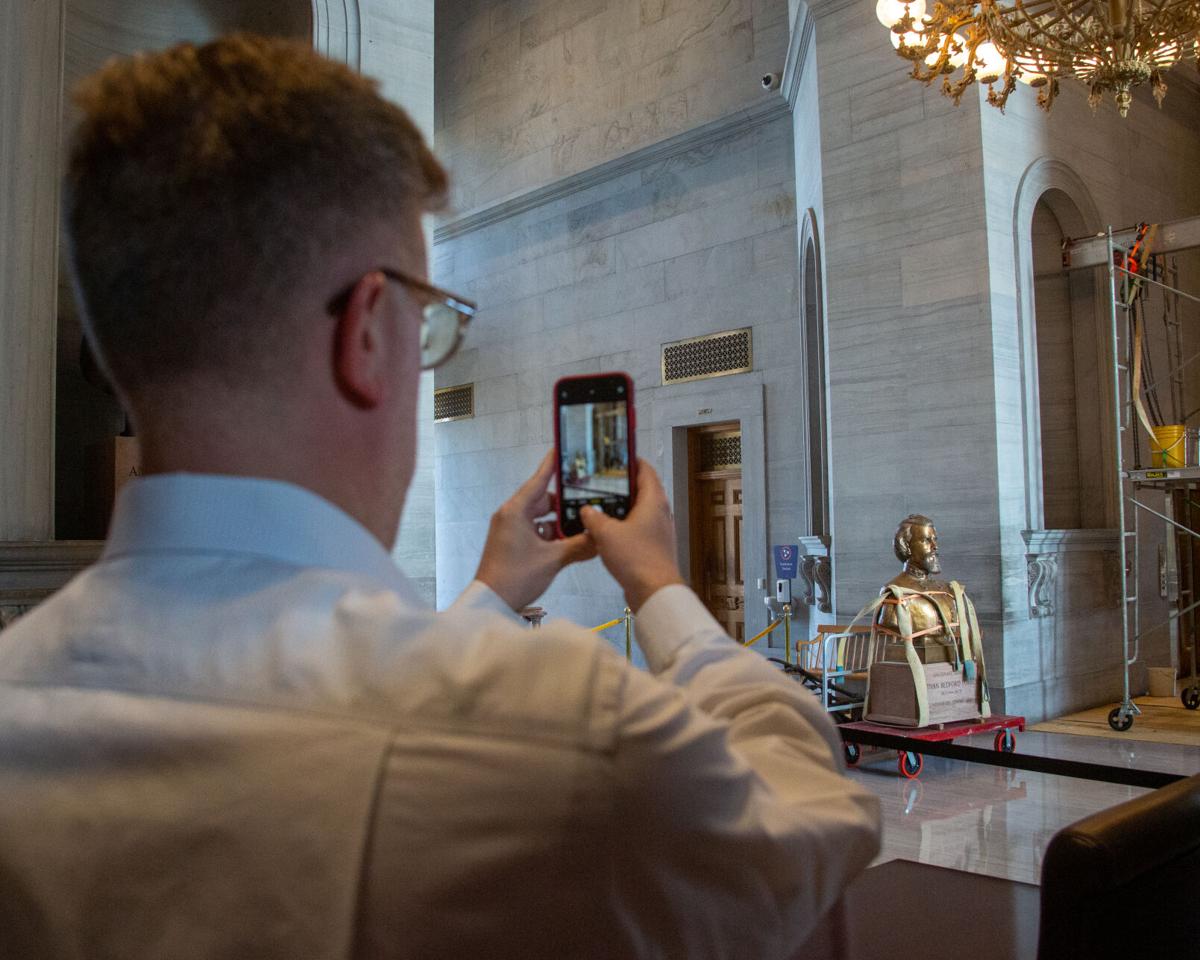 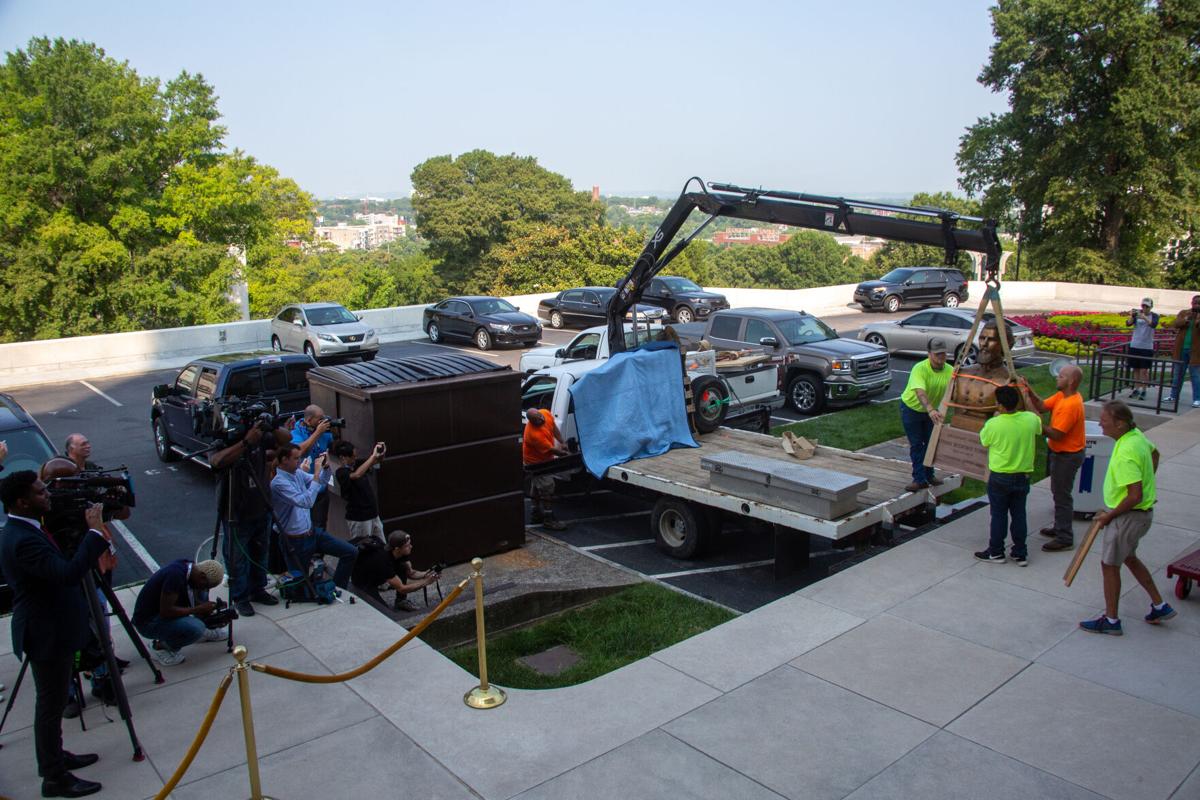 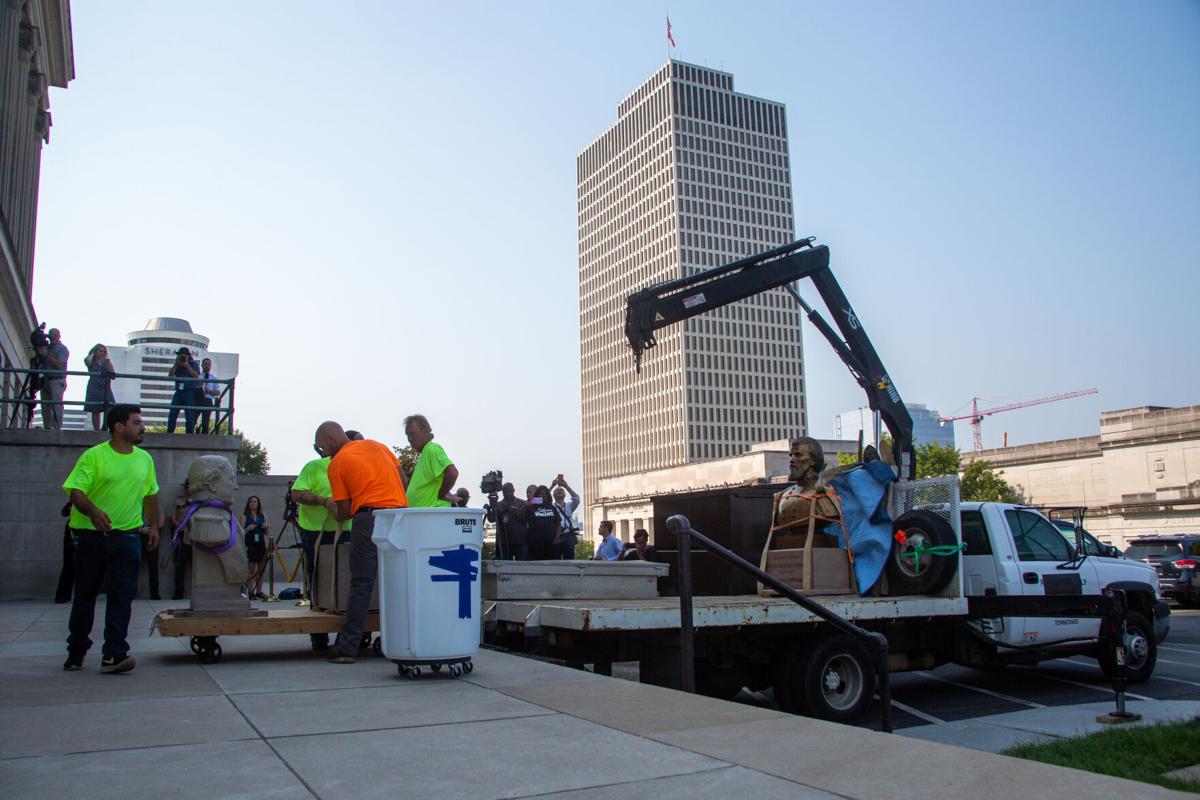 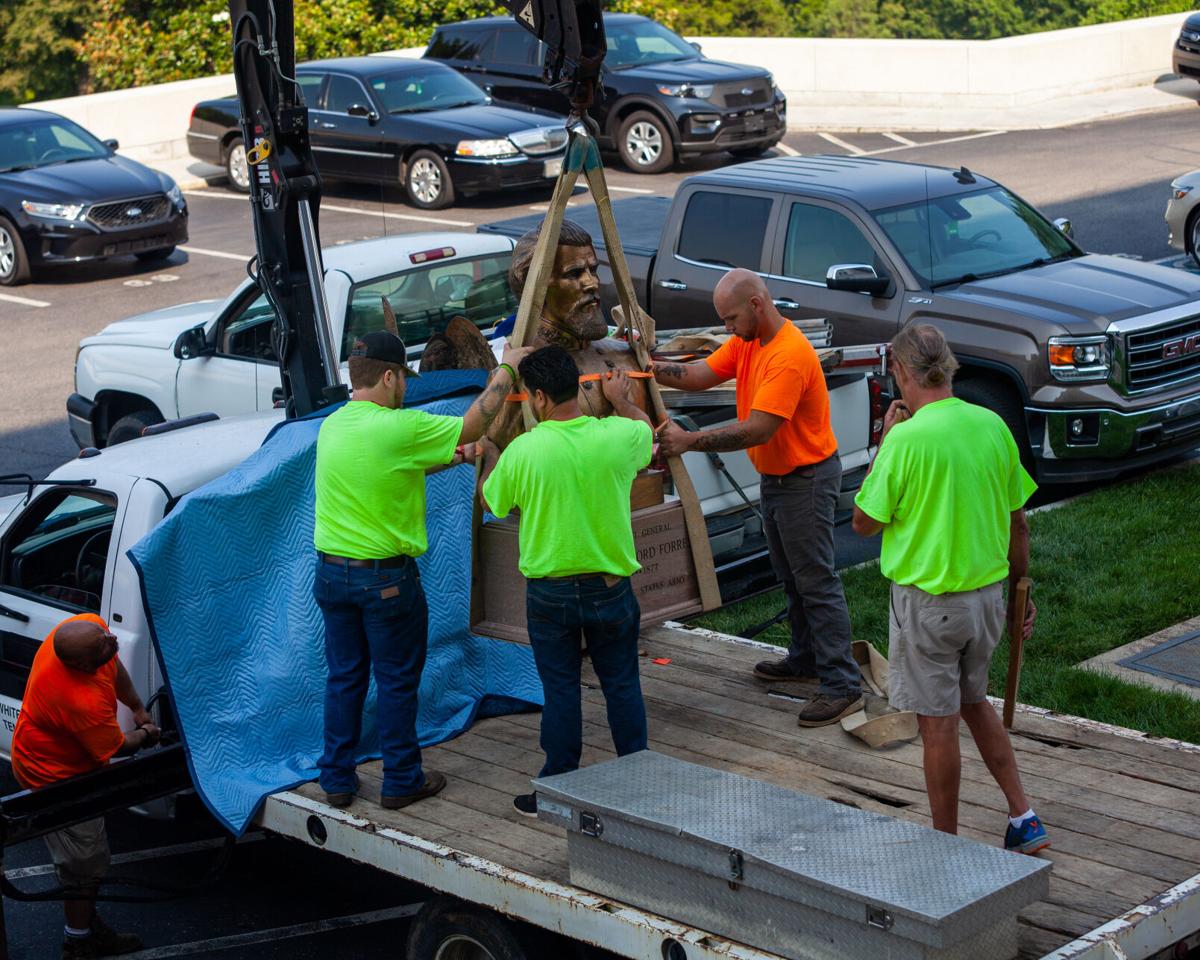 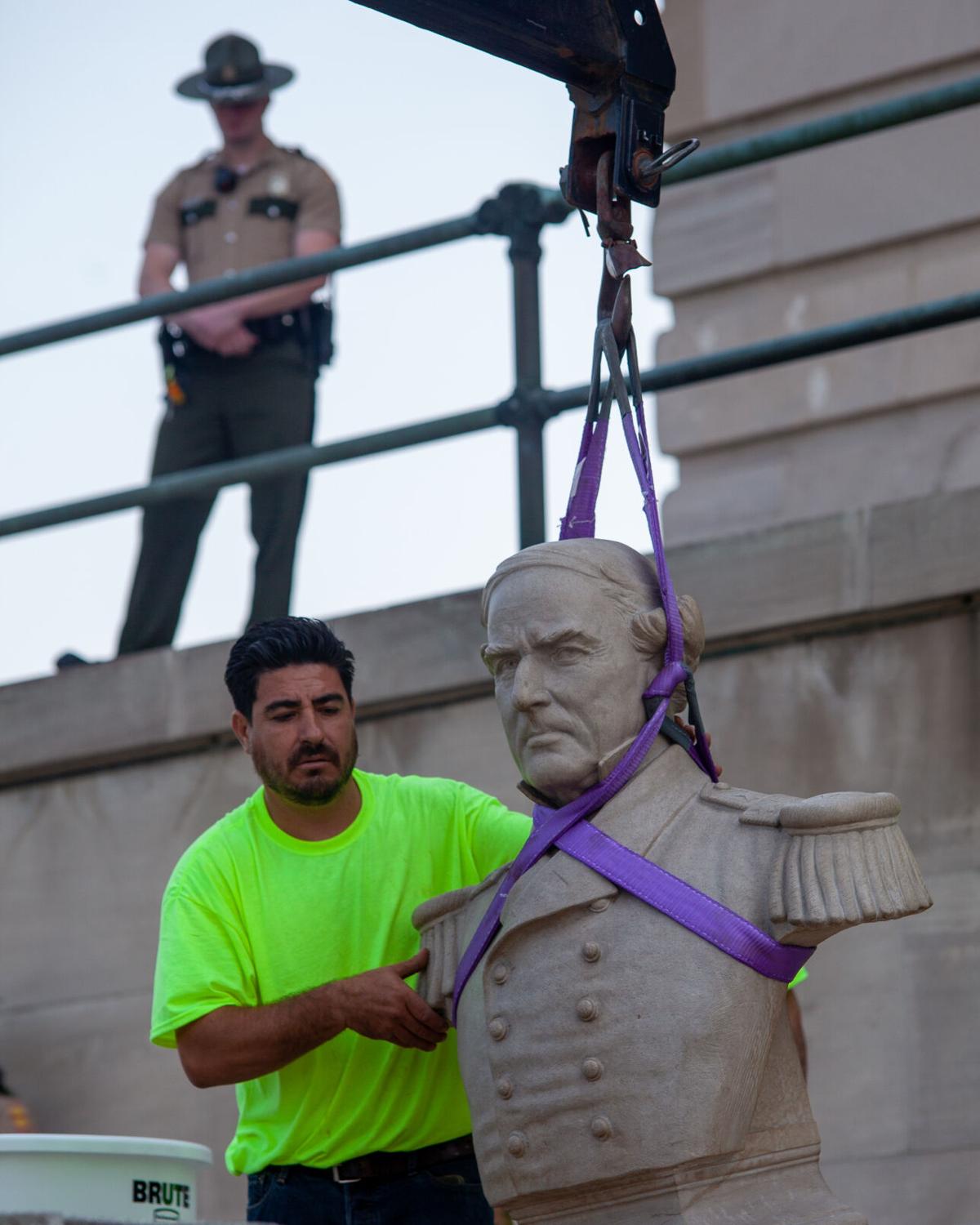 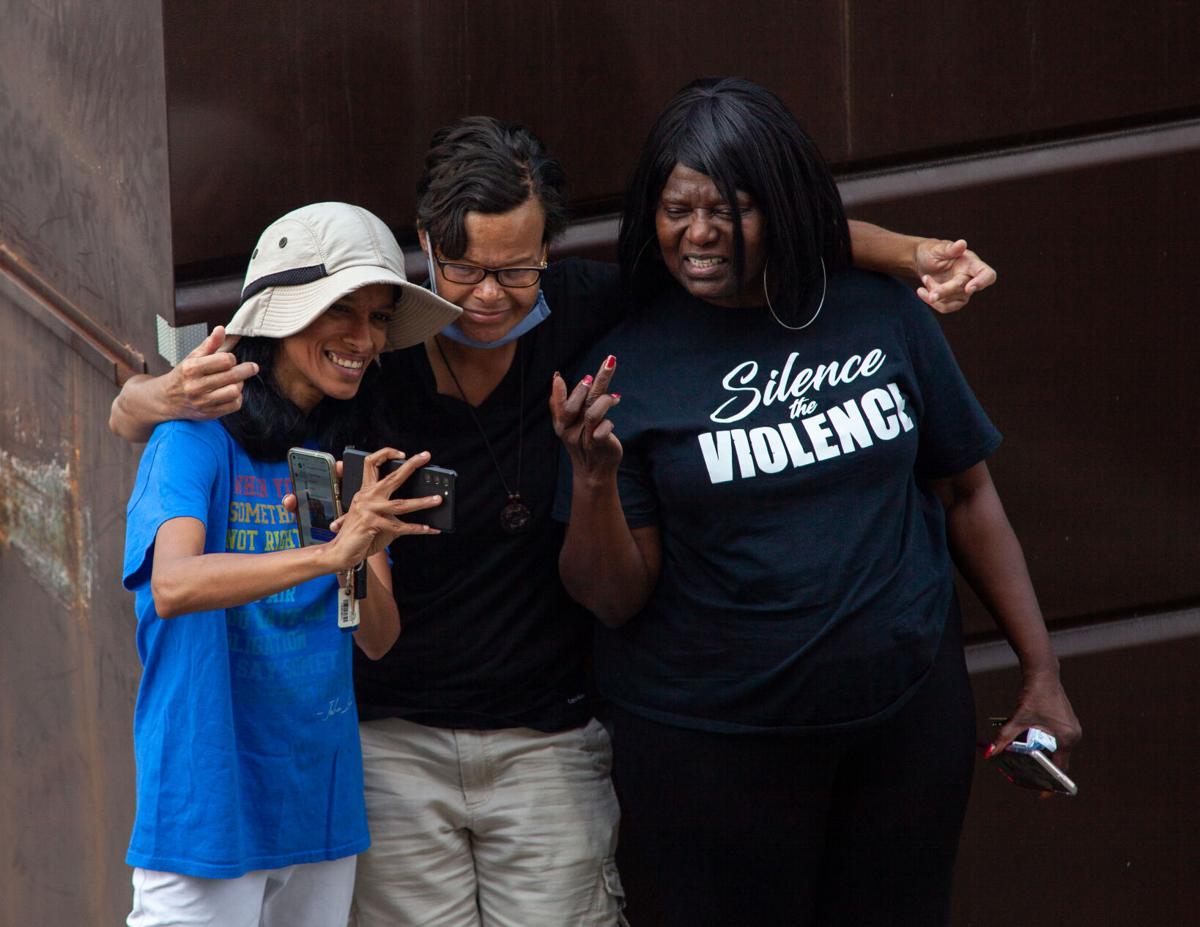 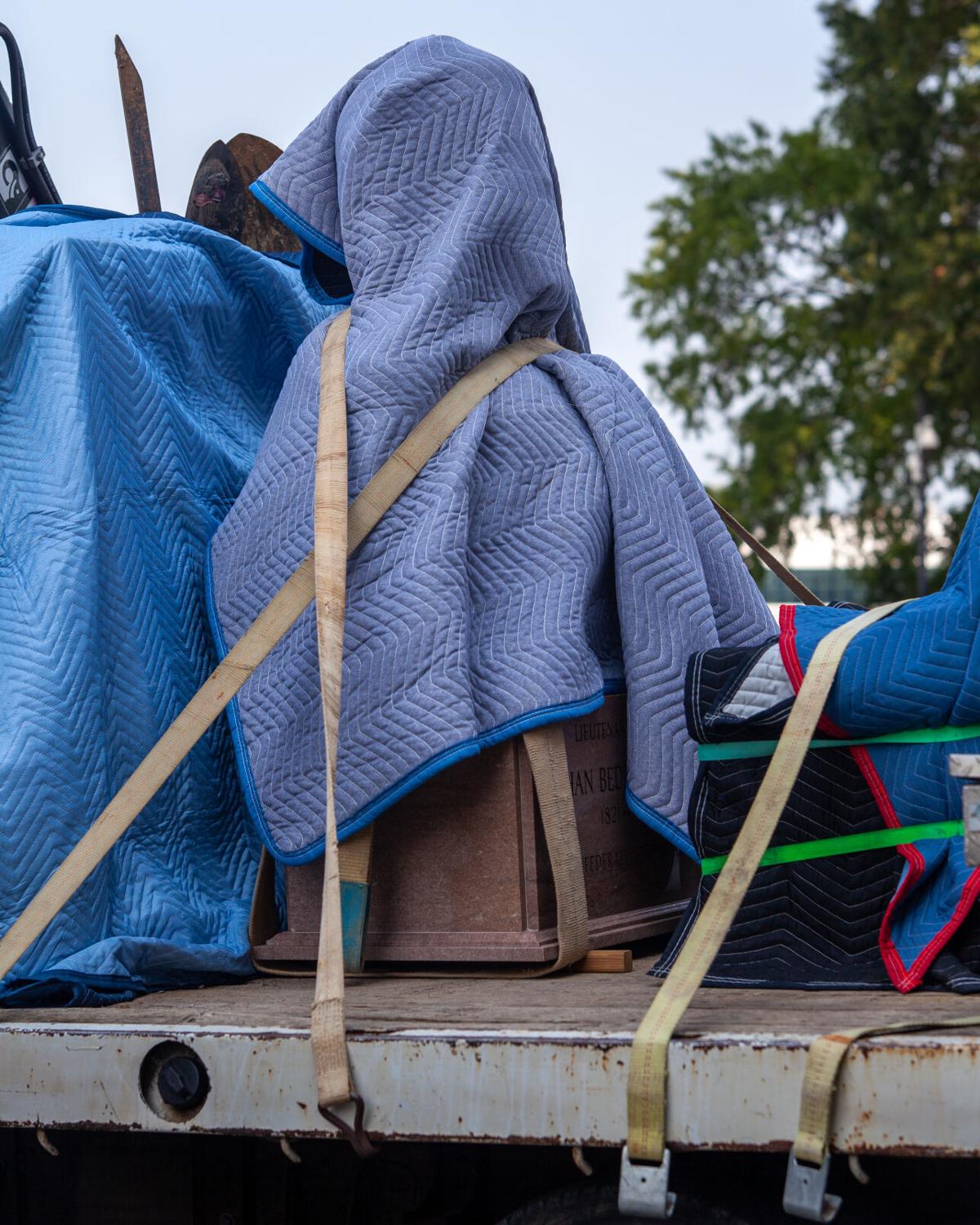 Workers remove the Nathan Bedford Forrest bust from the state Capitol on July 23, 2021

The bust was placed in its position outside the doors to the state House and Senate in 1978.

It took several state boards and commissions to remove the Forrest statue, urged on by Gov. Bill Lee, who initially opposed removal.

House Speaker Cameron Sexton and Senate Speaker Randy McNally — like Lee, both Republicans — forcefully opposed removal, and were the lone votes against taking the Forrest statue down at the State Building Commission on Thursday.

The Forrest bust was moved down Capitol Hill to the Tennessee State Museum, where it will be displayed as part of a history exhibit. Busts honoring admirals David Farragut and Albert Gleaves were also removed.

See photos by Matt Masters of the bust's removal above.

What If Tennessee Republicans Stuck Up for Forrest's Victims Rather Than Forrest Himself?