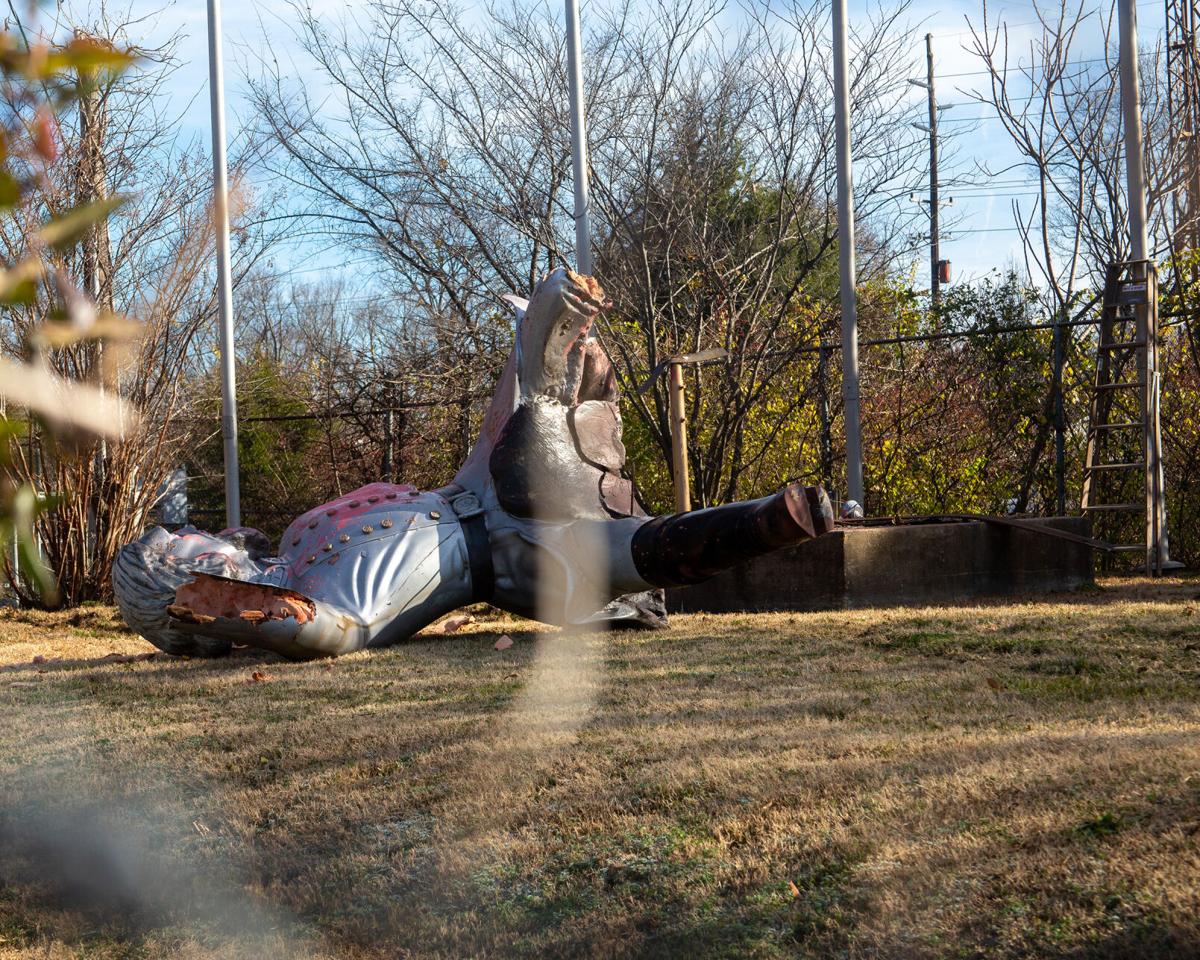 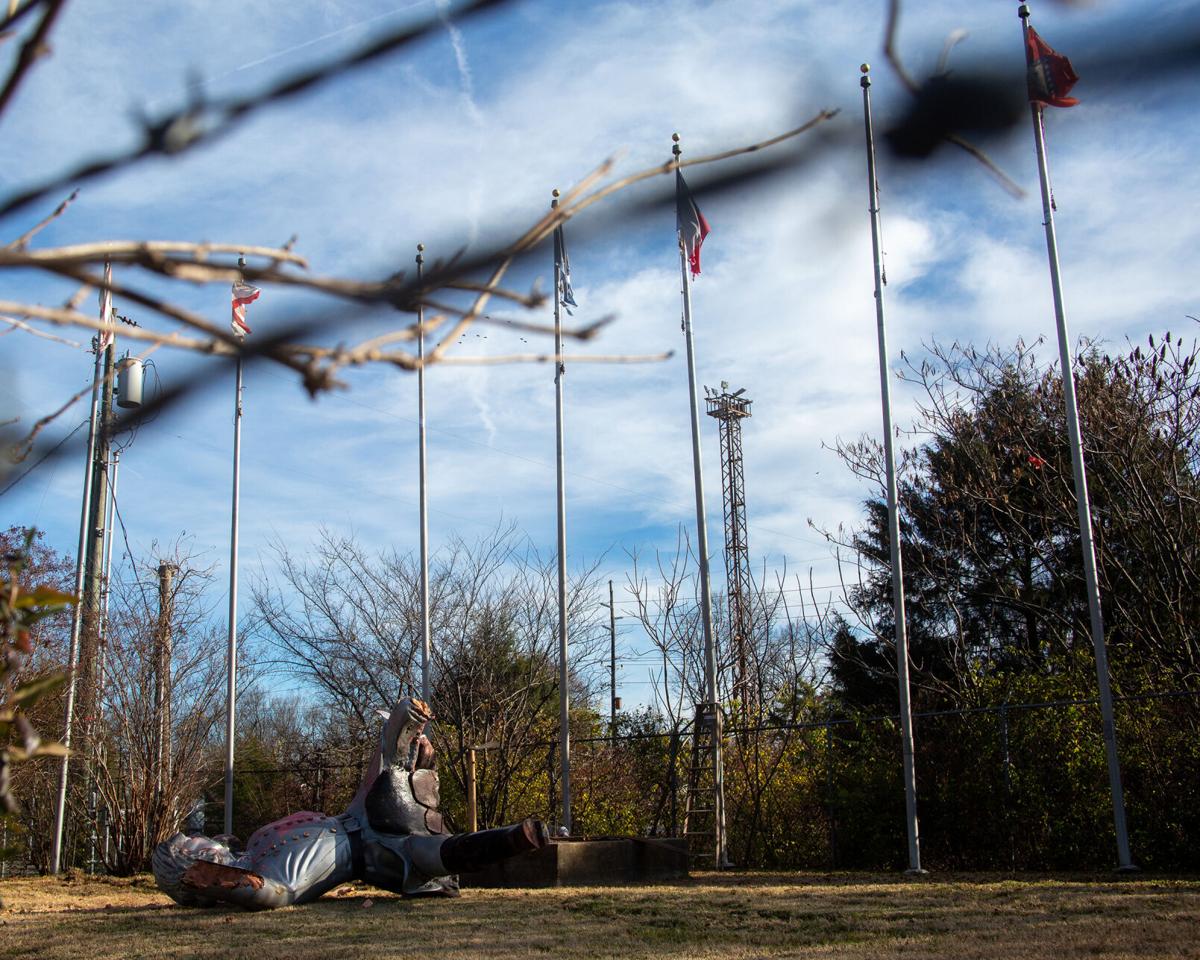 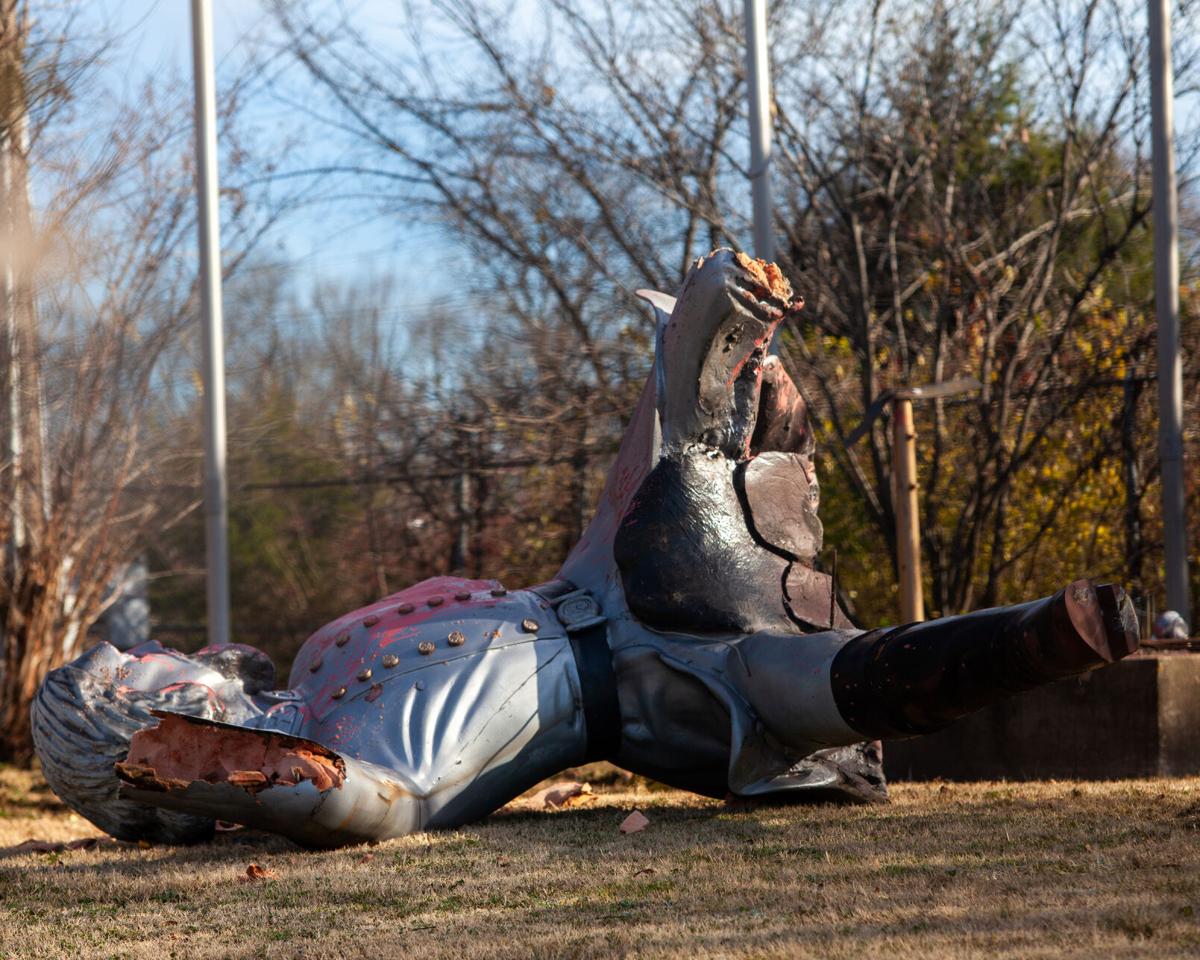 The Confederacy has fallen. Again.

A notorious statue of Confederate general and early KKK leader Nathan Bedford Forrest that has stood beside I-65 in Crieve Hall for more than two decades has now been removed. The statue — a frequent subject of mockery and vandalism — was sculpted by Jack Kershaw. Though visible from the interstate, the eyesore sat on the private Hogan Road property of a man named Bill Dorris, who once said of Kershaw, “As an artist, mediocre.”

Dorris died a little more than a year ago and made national headlines for designating a $5 million trust to his border collie Lulu upon his death. (You read that correctly, yes.) A source at the time told the Scene that the estate was valued at closer to half a million dollars.

As reported Tuesday morning by NewsChannel 5’s Nick Beres: “The executor of the will ordered for the statue removed early Tuesday morning. … It will be held in storage and possibly be put up for sale. For now, the flags will remain at the site.”