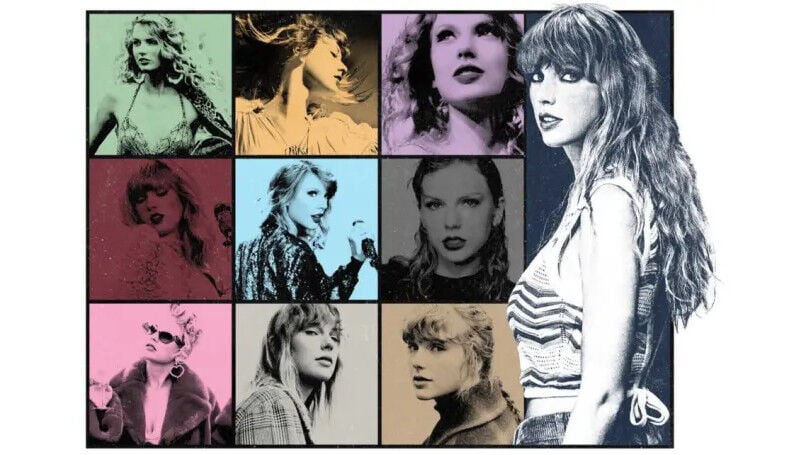 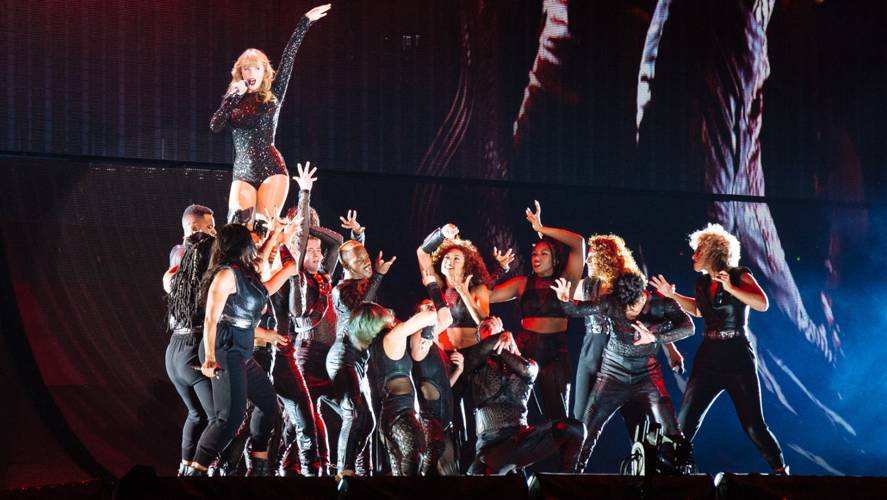 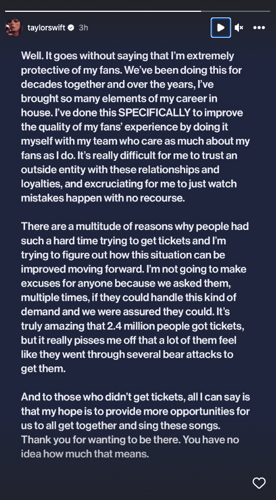 We’ll all remember where we were when the Ticketmaster queue was paused.

A complicated labyrinth of codes, tiered access, fees and updates that could be tough to parse left fans scrambling for tickets ahead of a recently announced Taylor Swift concert tour. The pop megastar is set to play three shows at Nissan Stadium on May 5, 6 and 7. According to a map shared with the Scene that analyzes geotagged tweets, of Swifties in all states, Tennesseans have expressed the “most negative” sentiments toward Ticketmaster for this week’s train-wreck queue. Even Tennessee Attorney General Jonathan Skrmetti expressed concern over the debacle and Ticketmaster’s potential violation of consumer protections.

“We strive to make ticket buying as easy as possible for fans, but that hasn’t been the case for many people trying to buy tickets for the Eras Tour,” reads a statement from Ticketmaster.

Fans were advised to register for the Verified Fan program ahead of the tour to get the best chance of getting a presale code. On Monday night, 1.5 million people were invited to queue for presale, which opened Tuesday at 10 a.m. An additional 2 million people were wait-listed for presale. Shortly after the wait list opened, Ticketmaster’s portal crashed, leaving hopeful buyers on hold for seven or eight hours.

“It’s a cultural reset,” says Nashville Swiftie Carley Carder. “It was so awful being in that queue all day. Parasocial relationships are weird, but I’m mad at her. [Taylor] said, ‘I want money at the expense of everyone around me.’ ”

Carder bought merch specifically because she suspected it would give her a better chance of getting a presale code, and received an email from the official fan organization Taylor Nation confirming she got a boost. She also signed up for a Capital One credit card so she could participate in an additional presale.

“By 2:50 I could see the queue moving at a traceable rate,” Carder says. “I could see the queue moving and numbers changing. People were texting me saying they got tickets. I got my tickets at 3:35. There was hardly anything left. Tickets were popping up and disappearing. It would say ‘another fan got to them’ and new ones would pop up, then disappear. We didn’t know what was happening.”

Carder reports she paid $289 per ticket for two seats with an obstructed view in row E at the stadium’s 100 level. With Ticketmaster fees, the total came to almost $700.

“But I’m glad I got them,” she says. “At least I have a ticket. A lot of people don’t. It might sound crazy, but it is that good of a show. I couldn’t imagine not going.”

Carder says a friend paid $599 for a ticket that is somehow marked as both obstructed view and VIP. Some tickets on the secondary market are priced at more than $10,000.

Since the tour was announced, Swift has added dates to the run twice, with an additional Nashville show each time: First came eight more shows, and then 17 more dates. The Eras Tour is Swift’s first extended run since her Reputation Stadium Tour came to a close in 2018. In that four-year span, Swift has released four new studio LPs — Lover, Folklore, Evermore and Midnights — and re-recordings of career landmarks titled Fearless (Taylor’s Version) and Red (Taylor’s Version) following her split with Big Machine Label Group.

Update, Nov. 18, 2:30 p.m.: Taylor Swift responded to the kerfuffle with a note in an Instagram story, screencapped below. "It's truly amazing that 2.4 million people got tickets," she writes, "but it really pisses me off that a lot of them feel like they went through several bear attacks to get them."

The New York Times also reports that the U.S. Department of Justice has opened an antitrust investigation into Ticketmaster parent company Live Nation, which predates the incident with Swift's ticket sales. Two anonymous sources note that the probe focuses on whether or not Live Nation has abused its power.