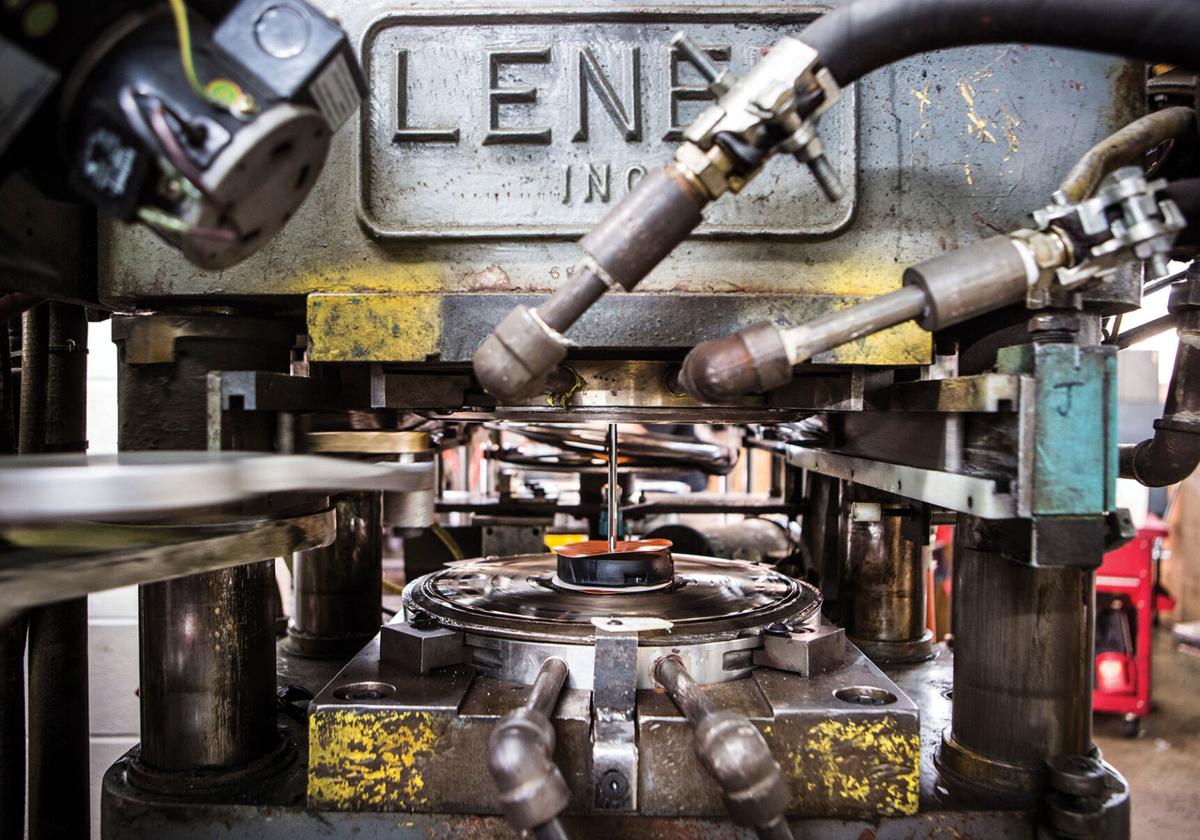 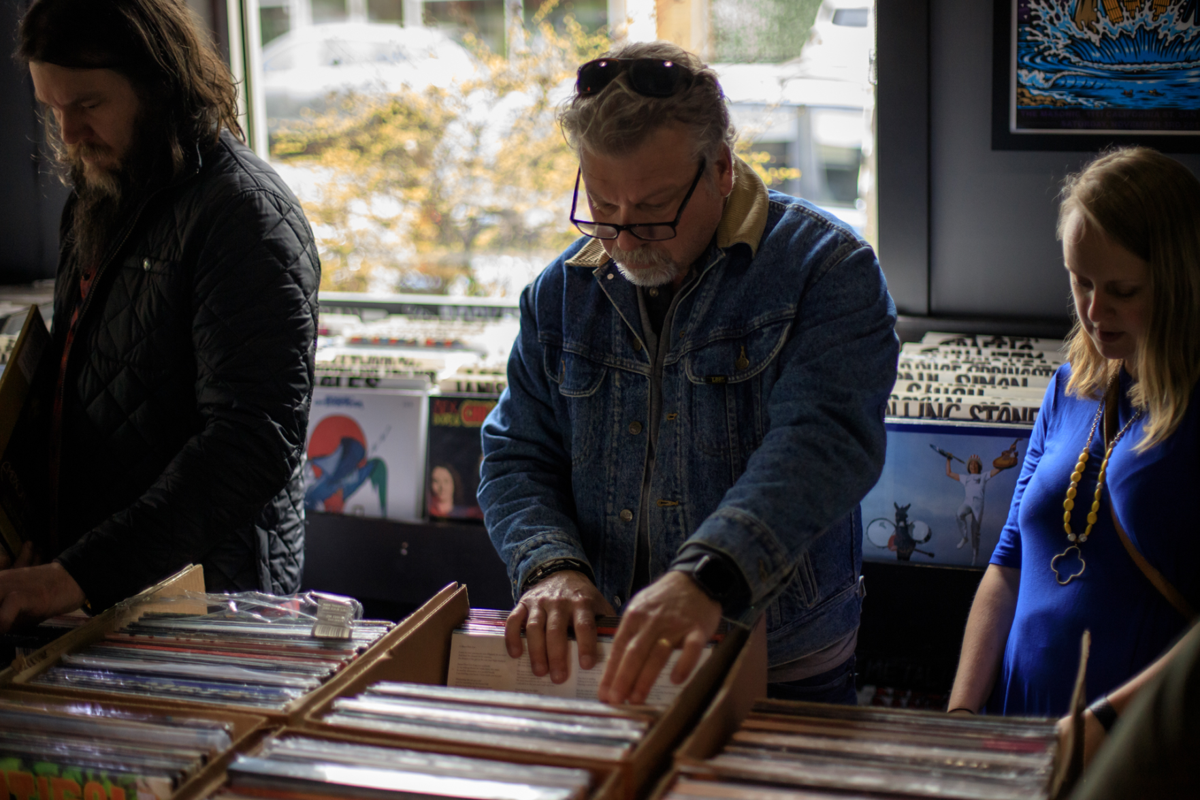 Demand for vinyl records has been climbing for more than a decade and has truly exploded in the past few years. But many independent artists and labels are facing major delays in pressing and distributing vinyl, forcing them to push back vinyl releases by months. The situation has also made the challenge of operating an independent record store even tougher.

The increased interest in the format over the past 15 years isn’t all bad news. In the first half of 2021 alone, revenue from vinyl records grew to $467 million according to the Recording Industry Association of America. Compare that to 2019, when the vinyl revenue for the entire year was $504 million, noted then as the highest figure since 1988. While smaller labels and independent artists were the first to move back toward vinyl, mainstream players have taken notice, especially in the past five to seven years.

“I think a lot of that demand is wrapped up in large independent record labels and major record labels,” says Mike Mannix, owner of Centripetal Force, a Nashville independent label that leans toward psychedelia. “If anything, it makes it harder for me to sell my records, because there’s so much vinyl in the marketplace now.”

The Big Three record label conglomerates — Universal, Sony and Warner — pressing massive quantities of their most popular artists’ releases might have less of an impact if there weren’t a finite supply of the presses that make vinyl records. Until Third Man Pressing opened in Detroit in 2017 with a small batch of new presses, the last time the machines were manufactured regularly was in the early 1980s.

“There are only a handful of plants,” notes Todd Hedrick, owner of East Nashville bar and record shop Vinyl Tap. “And only one of them is pretty big — the one that’s here in Nashville, United Record Pressing. In a good sense, the demand is super high. But they don’t have the capacity. Even running [some of its presses] basically 24 hours a day, seven days a week, they can’t keep up.”

Production capacity is only one of the complex factors behind the long turnaround times between finishing an album and getting vinyl copies to sell. Hedrick also points to an issue that dates to late 2019, when the Big Three centralized all of their vinyl shipping. Dealing with the distributor Direct Shot exclusively, rather than spreading the work of getting records to stores among several companies, has slowed down the process significantly. In February 2020, a fire caused catastrophic damage at Apollo Masters Corp. in California, one of the only major suppliers of the lacquer discs required for traditional vinyl pressing — the ultimate impact of which isn’t yet known. A few weeks later, the COVID-19 pandemic forced pressing plants to shut down temporarily or operate at greatly reduced capacity and sparked an ongoing shipping crisis.

Unfortunately, artists and labels operating on a smaller scale find themselves bearing the brunt of these problems. They are often the most vulnerable to lasting impacts when bottlenecks cause a release to get delayed.

“Smaller artists are trying to schedule tours, they’re trying to do record release shows, and they can’t afford to sit on an album for a year before it finally reaches the masses,” says Mannix. “And they’re the ones that are already on the edge of, ‘Is music my career, or am I going to have to do something else?’ ”

Even artists who operate on a larger scale are experiencing hold-ups. Sturgill Simpson’s latest album The Ballad of Dood & Juanita came out digitally and on CD in August. Hedrick notes that the vinyl release, which was originally set for Dec. 3, has now been pushed back to February.

This can cause headaches for artists as well as independent shops like Vinyl Tap, where Hedrick collects preorders and scrambles to adjust his marketing plans when a release gets postponed at the last minute. For now, it seems like both the popularity of vinyl and the inability to resolve any of these problems quickly are here to stay, and businesses like Vinyl Tap and Centripetal Force are trying to adapt.

“I think this is going to be an issue well into 2023,” Mannix says. He cites Centripetal Force’s LP edition of Lou Turner’s 2020 album Songs for John Venn. He submitted the master to be pressed in January 2021 but didn’t receive copies until the end of October. Now, he’s being told it could take up to a year to receive new records.

Mannix notes that some pressing plants are experimenting with direct metal mastering, a process that doesn’t require the hard-to-find lacquers. He is also working with partners in the U.K. to do split-label releases, which helps circumvent the shipping delays and high postage rates from the U.S. to international customers. Independent record shops are also banding together. Hedrick says they’re leaning on the Record Store Day team for more information, which they’re more likely to have because of the close work they do with labels.

“That being said, all the conversations we’ve had in the past year-and-a-half to two years are that this is just how it is,” he continues. “I don’t know that there’s any solution other than being able to build more pressing plants to keep up with the demand, and that just doesn’t seem like that’s an option for anyone. I think it’s incredibly expensive to get working parts for those plants.”

On the 10th Record Store Day, Vinyl’s Role and All of the Events [Updated]