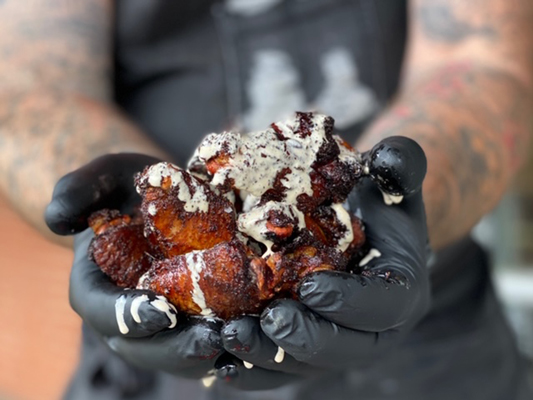 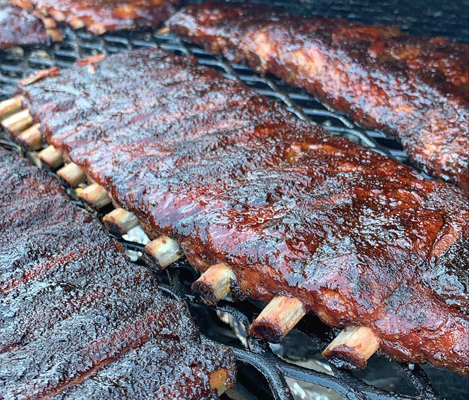 Much of the restaurant industry has had to rapidly change its business model due to COVID-19, and we’re trying to highlight the Nashville places that are attempting to stay open. We will give you a critic’s pick for a restaurant and a dish, as well as a running list of restaurants still open that you can support. Today: The 404 Kitchen.

Ahh, smell that? It smells like phase two again to me, which means that carryout may once more become at least a slightly more important part of your dining regimen as some establishments have to shutter again until we get an upgrade and others will have to reduce the capacity of their dining rooms back to 50 percent.

But wait, I smell something else. Is that hickory smoke wafting out of the upper level at The 404 Kitchen? Why yes, it is! While you may think you had your fill of barbecue over the Fourth, this is a development that might whet your appetite for smoked meats all over again. In the second installment of 404’s Staycation Dinner Series, chef Matt Bolus has joined forces with noted Raleigh, N.C., pitmaster Jake Wood of the eagerly anticipated Lawrence BBQ to put together a classic dine-in or carryout barbecue picnic that will be available through July 25. Bolus is quite talented himself when it comes to working with a smoker, and if you’ve ever tried his tri-tip, you know he knows his way around a Big Green Egg.

If you plan to enjoy the feast in the restaurant, it’s a set-price dinner of $48 per person with a minimum of two diners, or if you prefer to take it home, the fare is $120 for enough meat and fixin’s to feed 2-3 hungry people. For carryout, preorders are required, but you can order up to 3 p.m. for same-day service by emailing events@the404nashville.com and providing the following info:

Pre-orders are to be picked in front of The 404 Kitchen between 4:30 and 8:30 p.m. A team member will be there to greet you and place your order into your car.

Take a gander at this remarkable array of options, from the menu provided:

MEALS FROM THE SMOKER

BRE’S SOUTHERN TREAT OF THE DAY

If you were to happen to take advantage of this deal tonight, you could also avail yourself of another amazing development at The 404 Kitchen, the launch of a new “Whiskey Wednesdays” promotion in the restaurant and ground-level Gertie’s Bar. Bolus has put together the most impressive whiskey collection of any bar or restaurant in the city, and starting tonight, he’s offering the entire list of whiskeys at half-price for the entire evening on Wednesdays. This includes many special barrel picks that simply are not available anywhere else on the planet, so the chance to sample them at bargain prices means you could perhaps compare pours of the same whiskey that was aged in different parts of the same rickhouse or multiple vintages of a rare bourbon. The bar staff at Gertie’s would be happy to help you put together your own flight, or if you happen to catch Bolus outside of the kitchen, he’s always glad to offer advice!

There’s nothing wrong with placing your carryout feast order for 6:00 and taking a rideshare to bust down the doors at Gertie’s when they open at 4:00 for a little whiskey exploration. Just be sure to write your address on your arm so that your driver can figure out where to deposit you and your bounty of barbecue after your return home.

Places with takeout or delivery as of Wednesday, July 7

Proper Bagel (takeout and delivery only)