You are the owner of this article.
Edit Article Add New Article
You have permission to edit this article.
Edit
Home
News
Arts & Culture
Food & Drink
Music
Calendar
Media
Promo
About
Best of Nashville
Share This
1 of 14 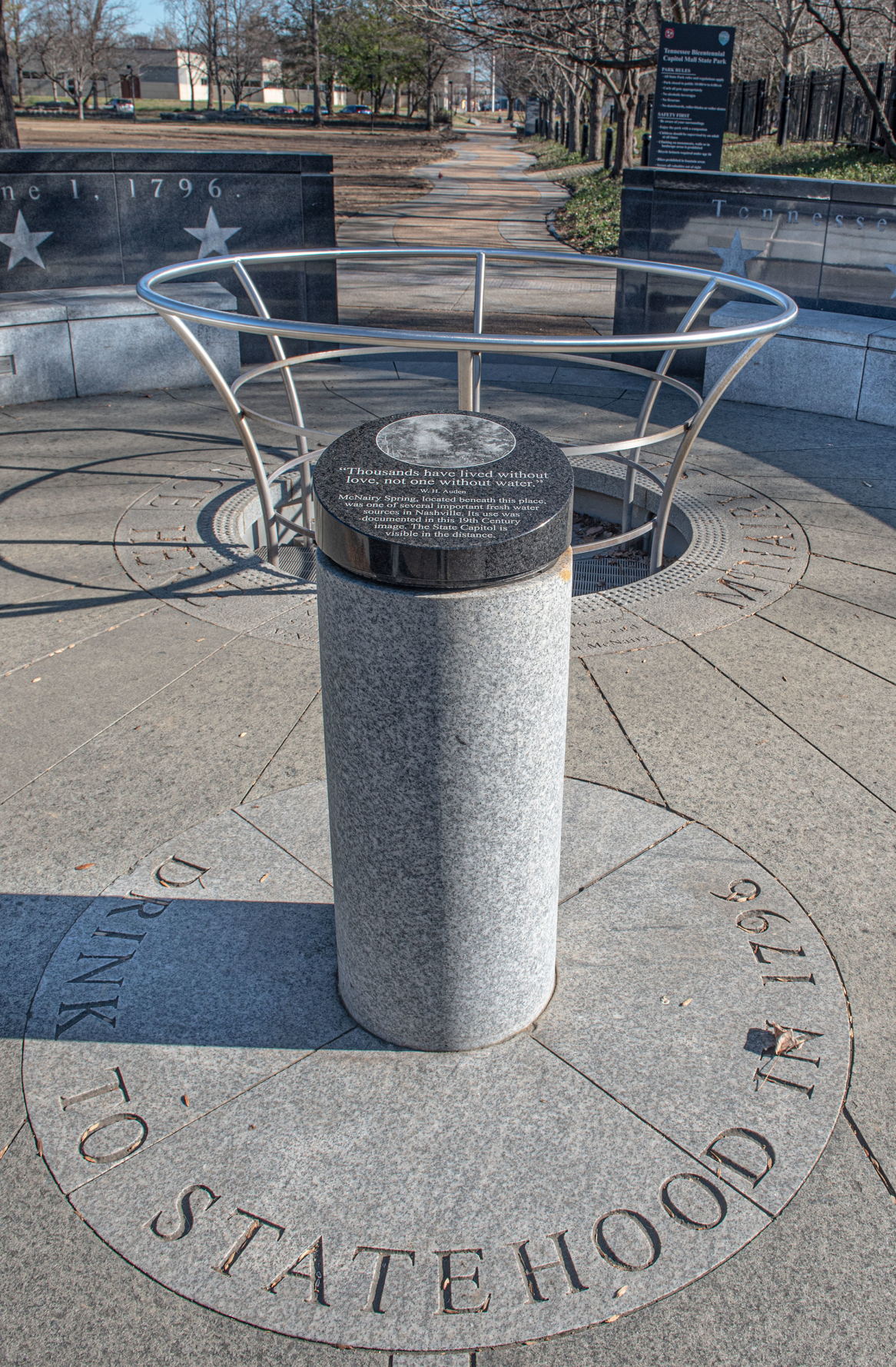 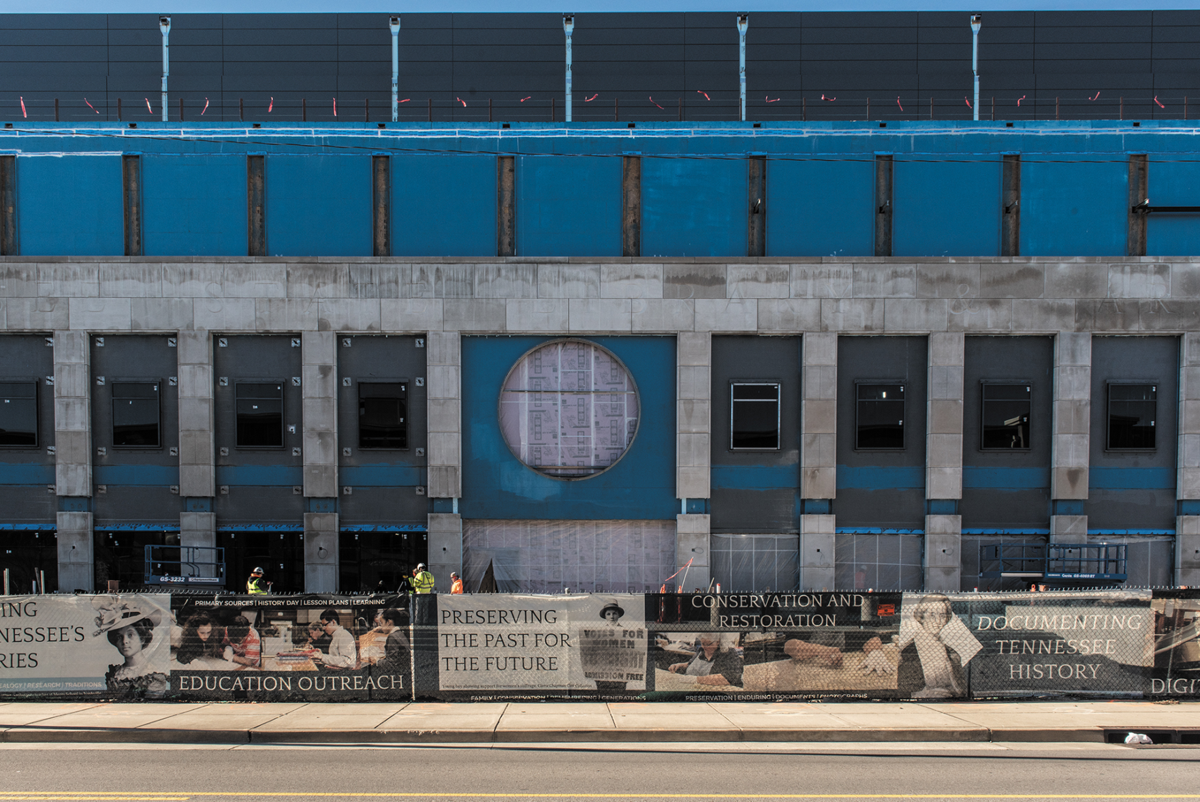 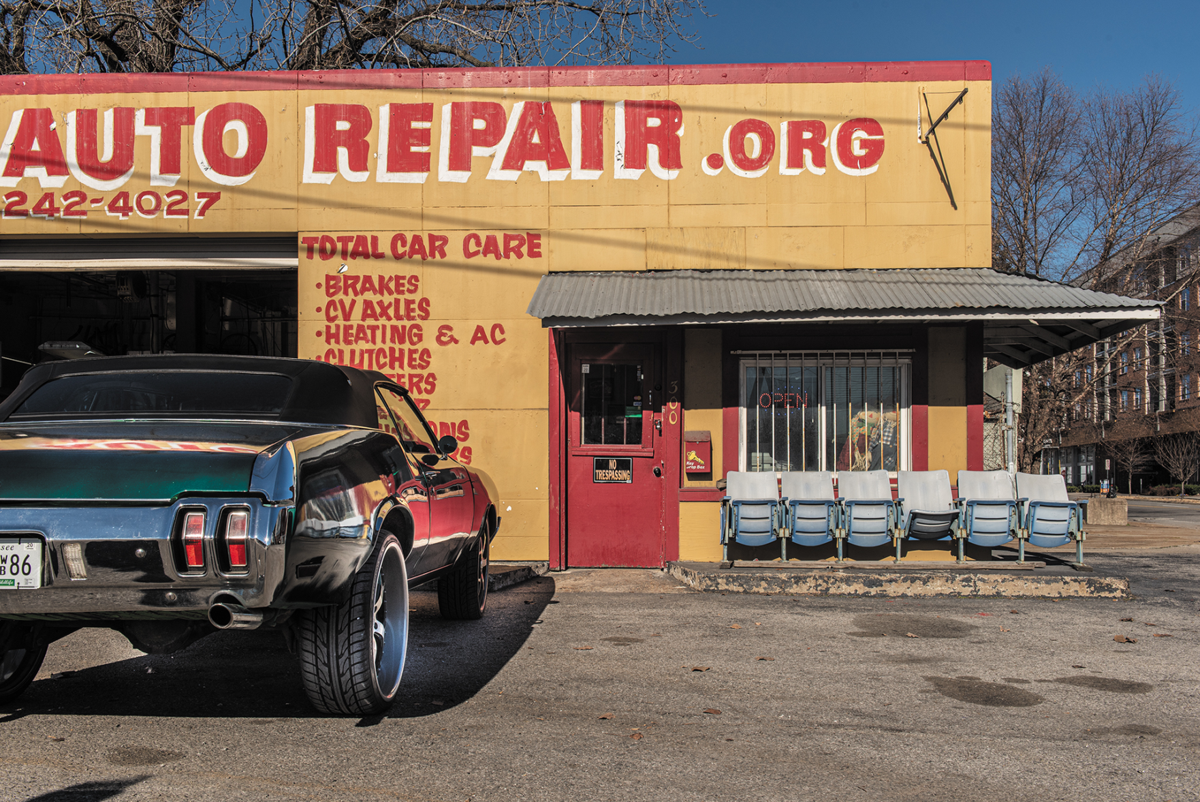 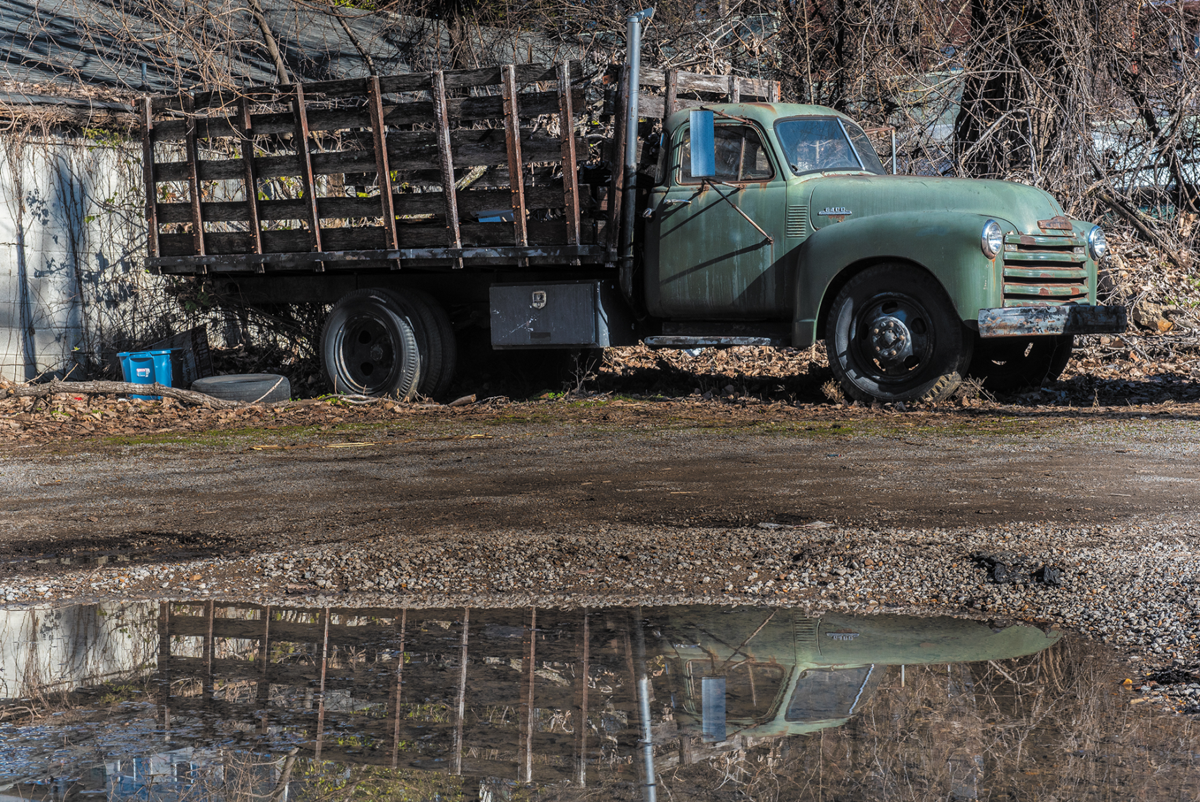 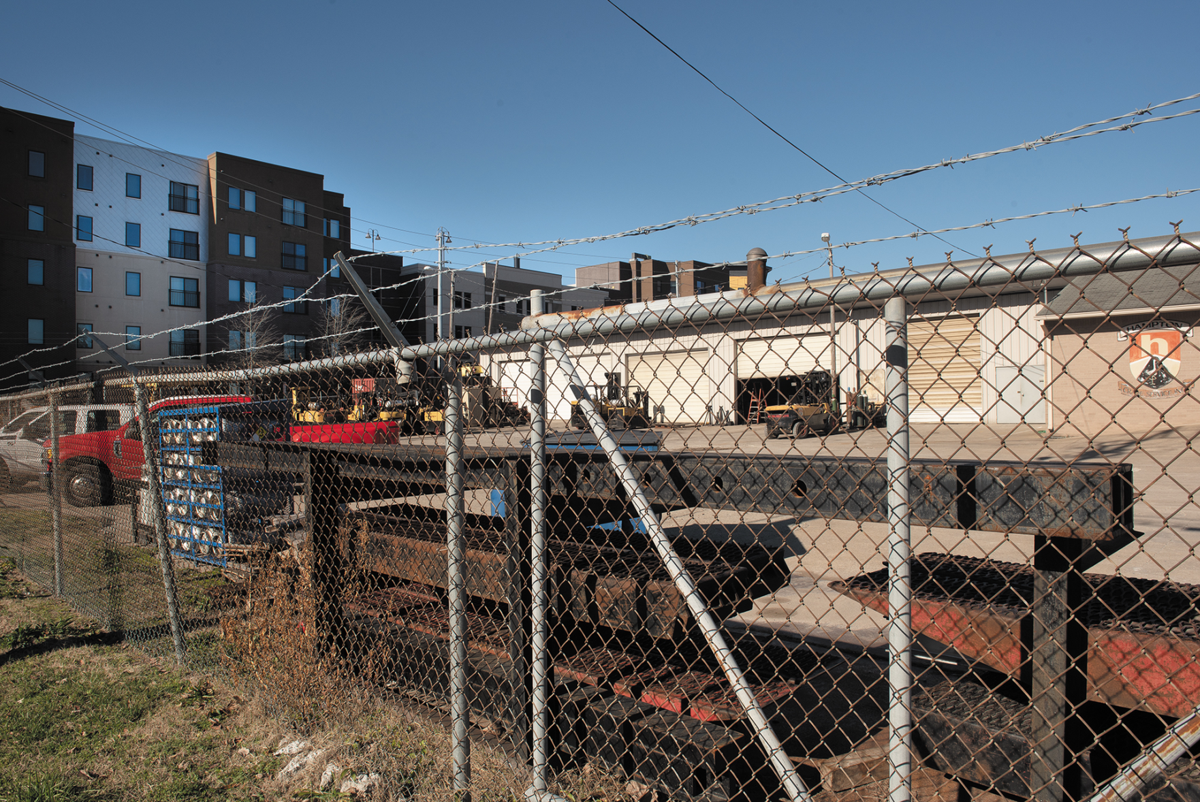 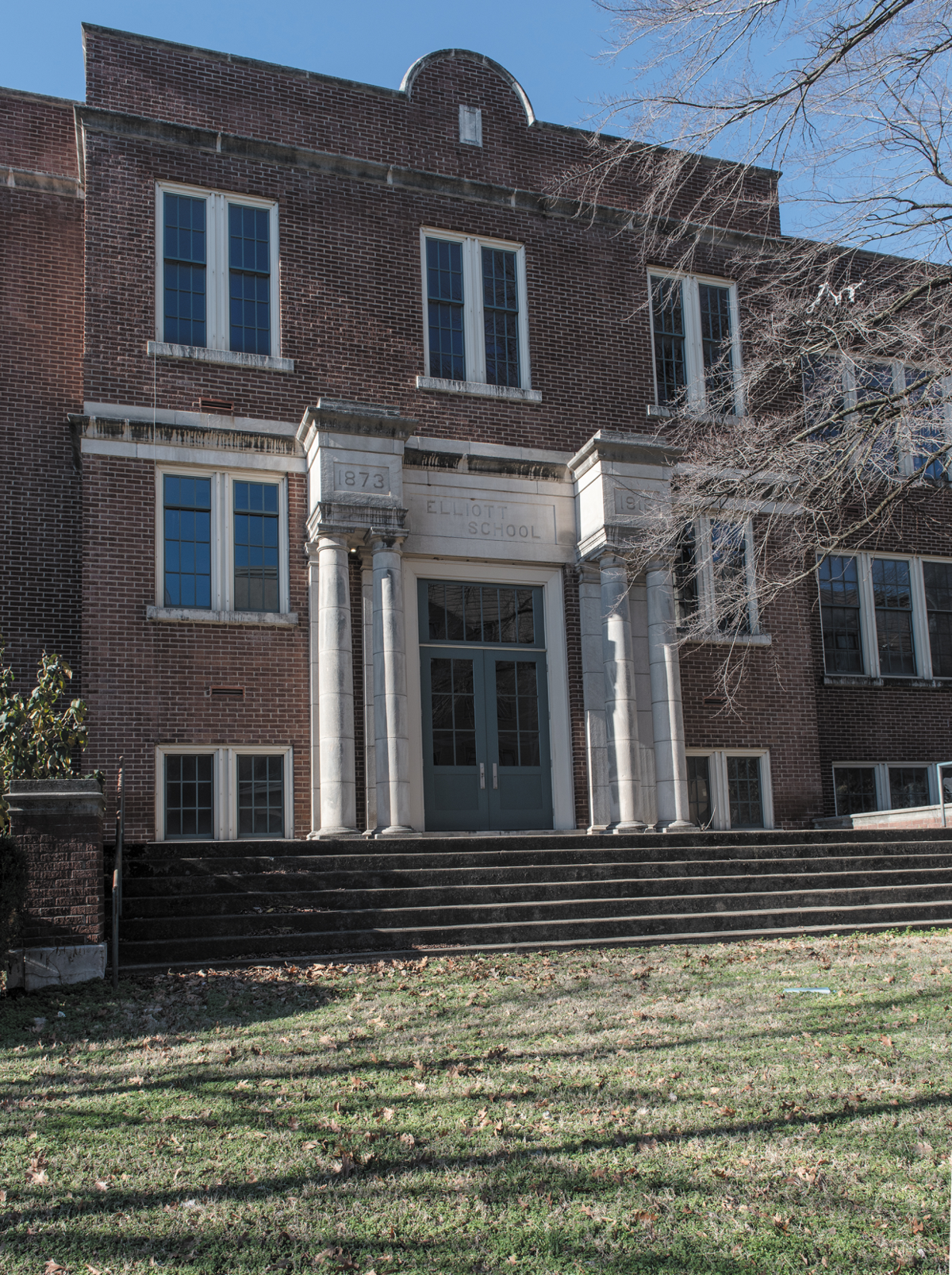 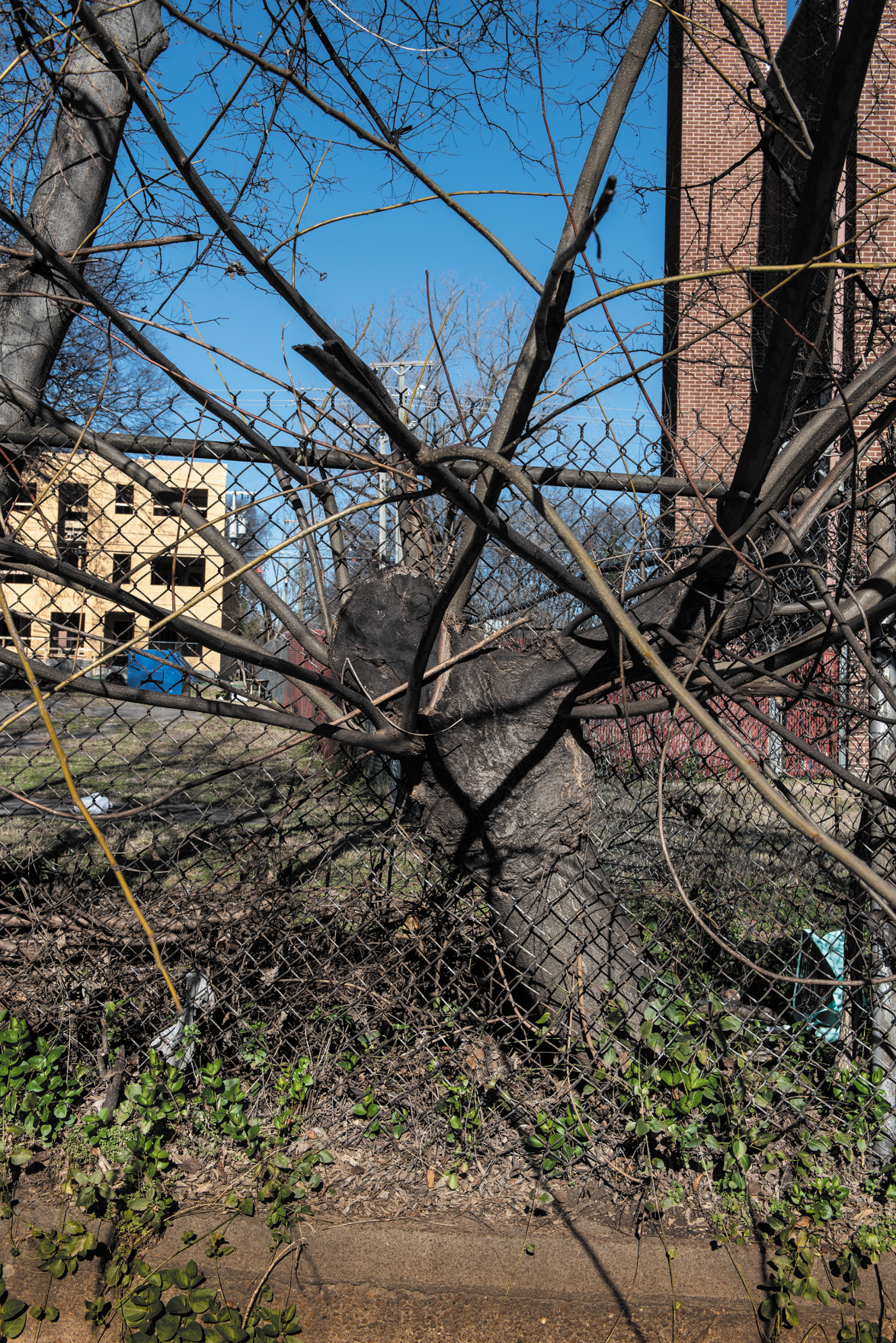 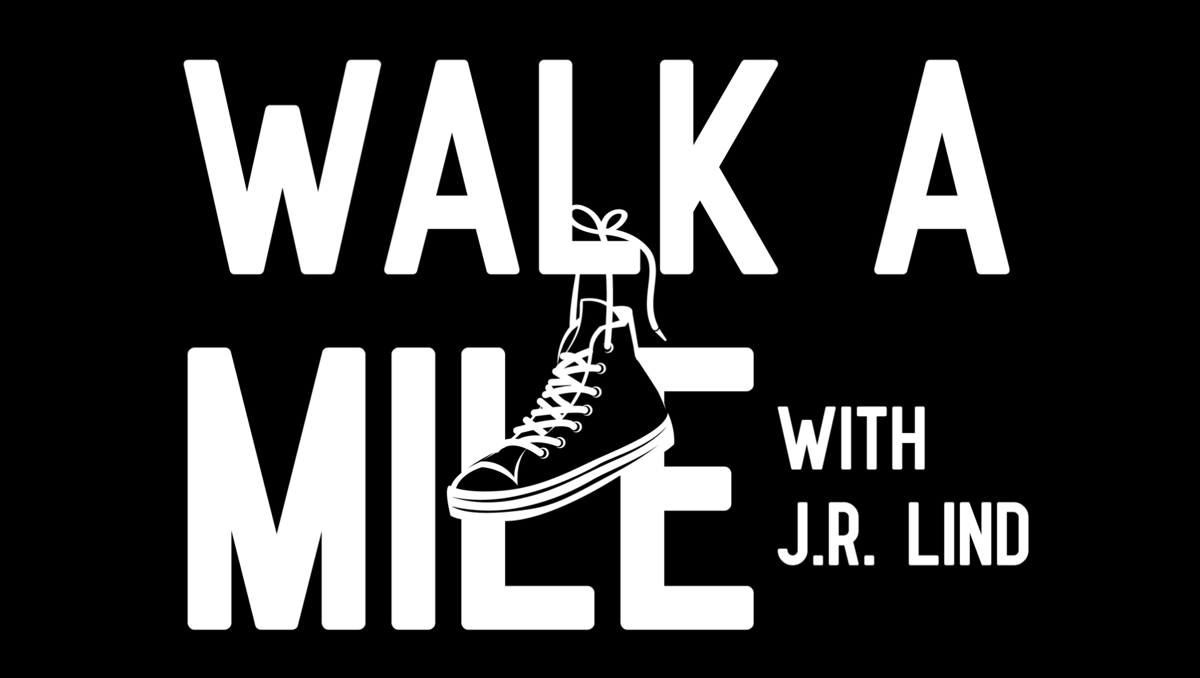 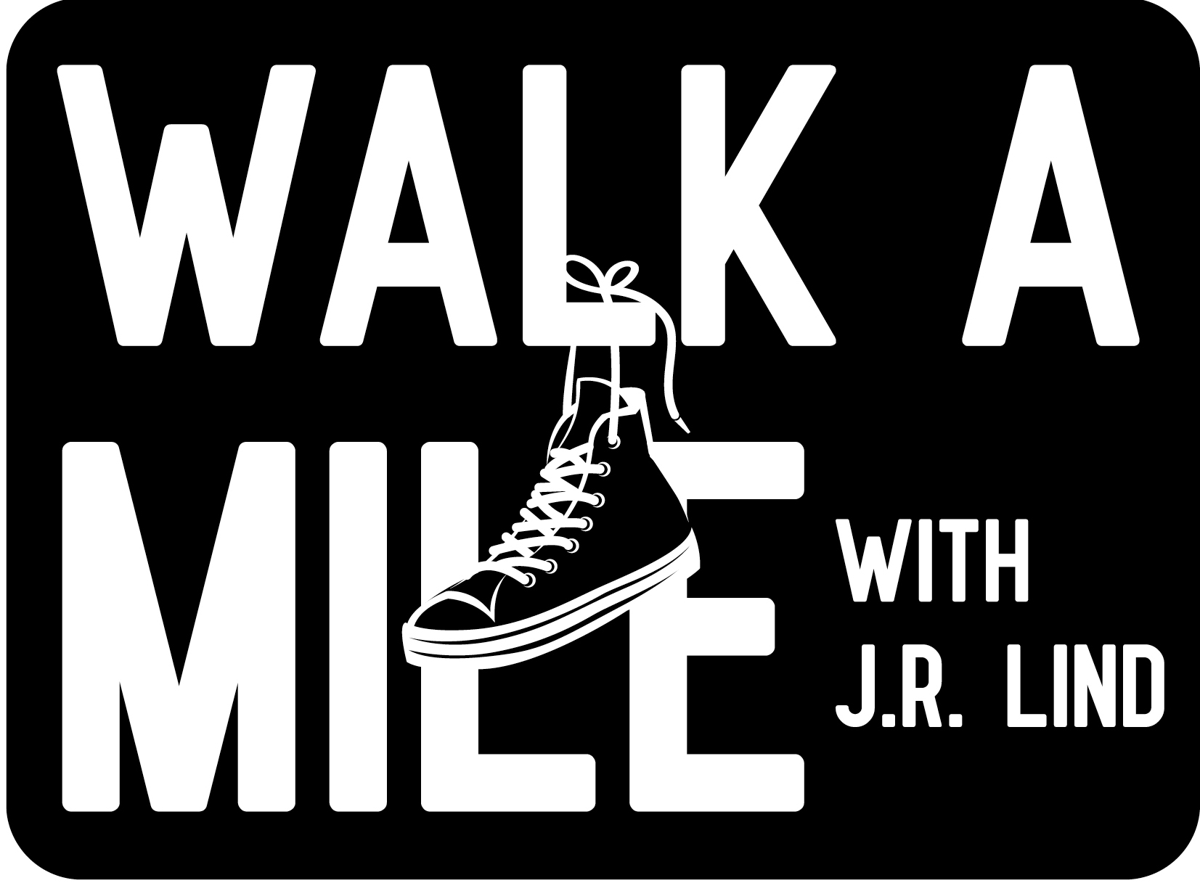 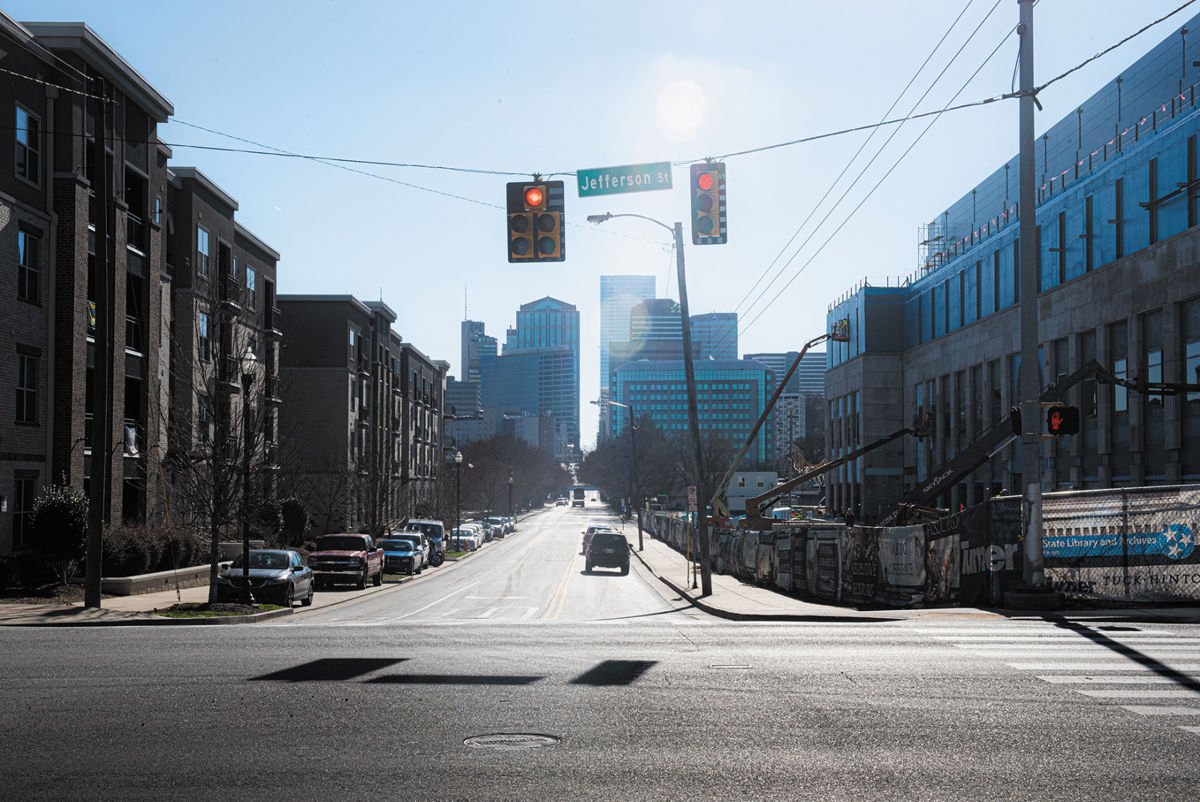 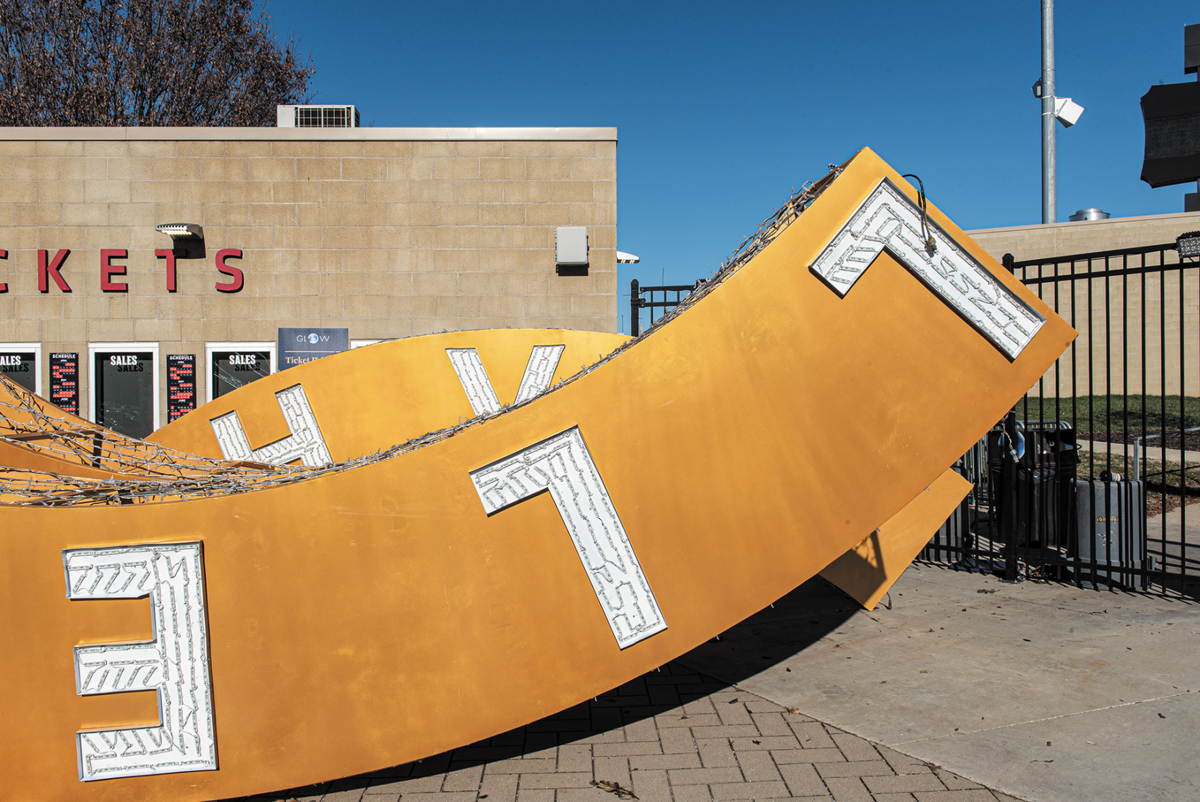 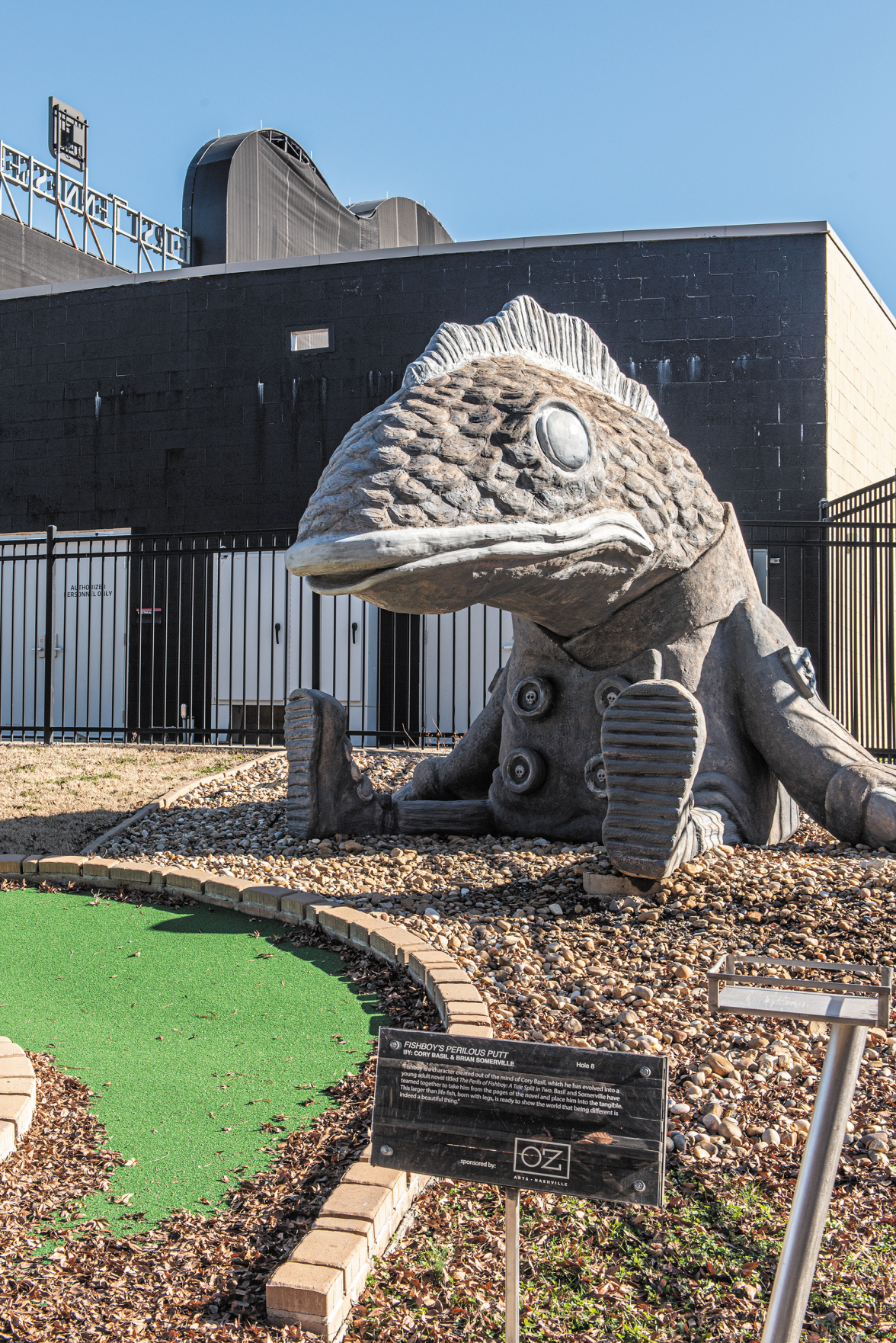 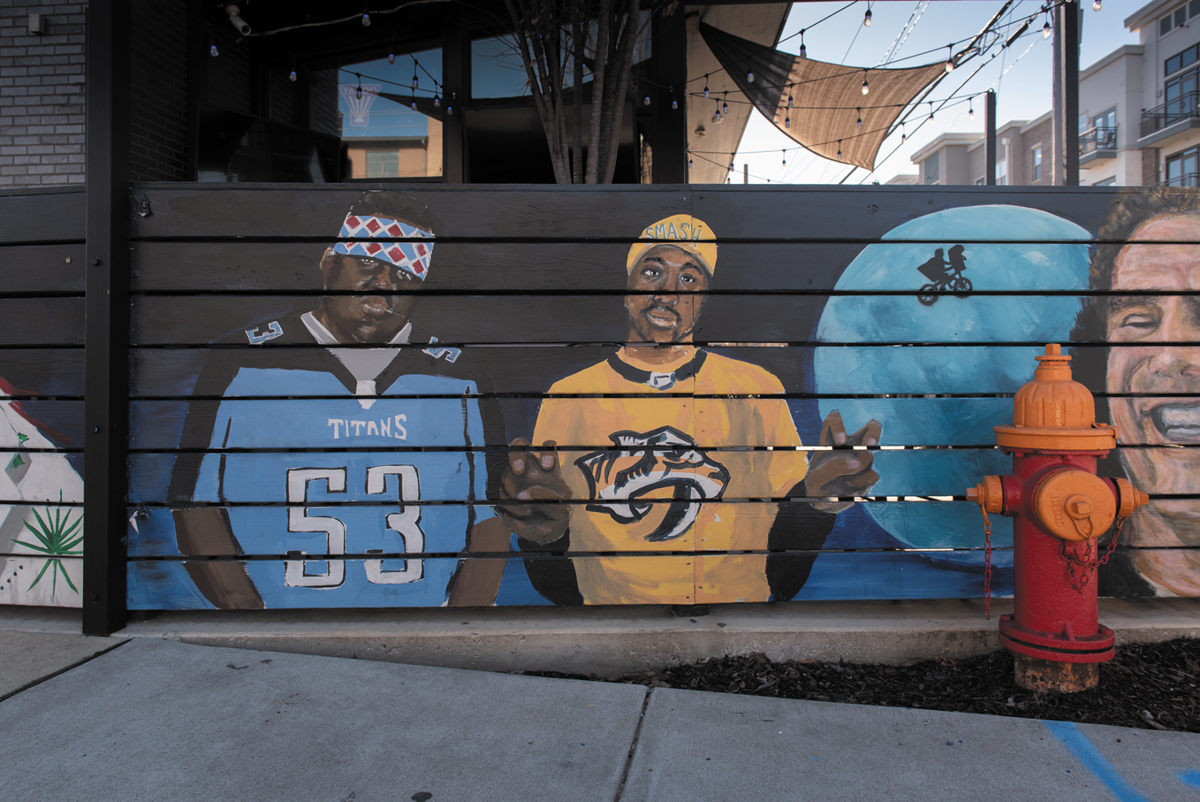 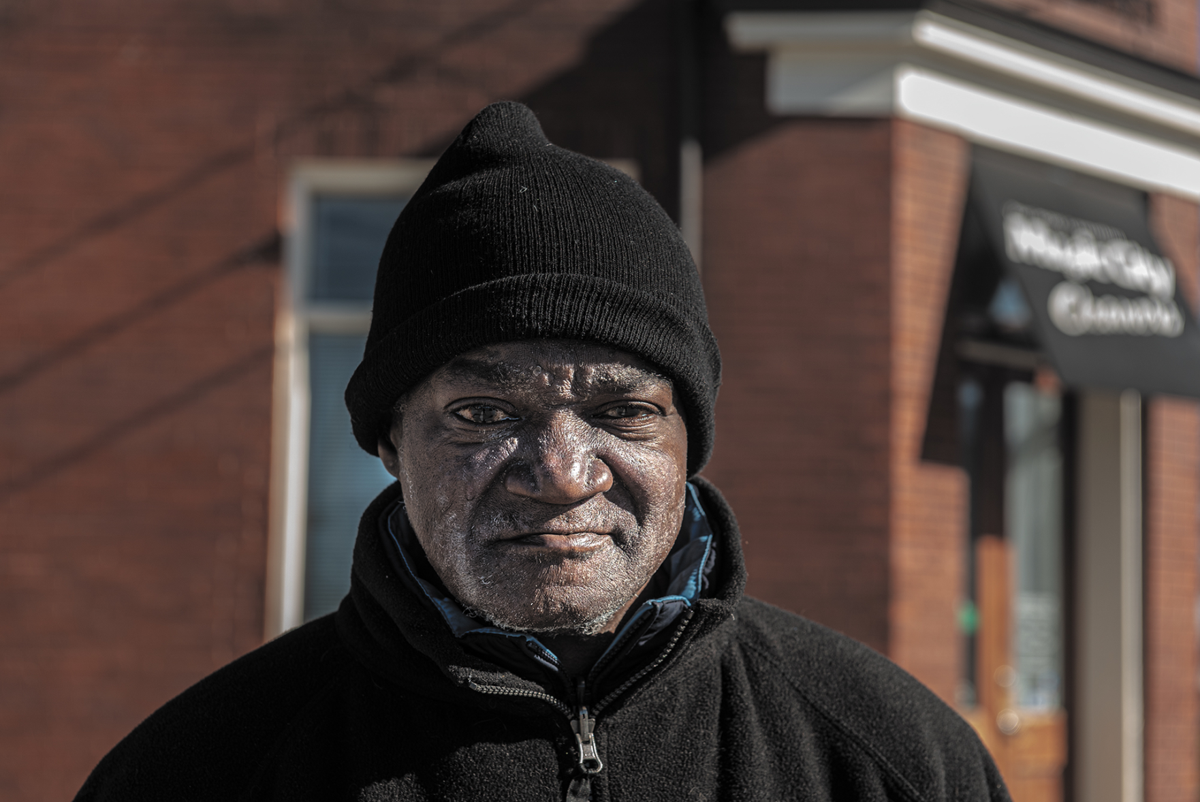 The charge — to rediscover the city one mile at a time — is a daunting one. At its genesis is an important question: Where to begin?

Perhaps start at one of the vertices of the irregular awkward trapezoid that is Davidson County — Joelton or Goodlettsville or Pasquo or Priest Lake — and then work through Metro boustrophedonically. Or start at the geographic center of the county — the backyard, appropriately enough, of a tall-and-skinny about a block east of Eighth Avenue on South Street — and spiral out. (As it happens, on Google Maps’ Street View, a discarded red Solo cup, coincidentally but appropriately, marks the spot the county’s exact geographic center.)

From a historical perspective, it could be best to begin at the earliest settlements: the Mississippian villages on Bells Bend or at Aaittafama at Hillsboro Road and Old Hickory Boulevard. Or Fort Nashboro. Or at the spot where James Robertson and his hardy band of pioneers crossed into what would become Davidson County, probably near where Gallatin Road crosses Mansker Creek coming from Hendersonville. Or Demonbreun’s Cave.

Or we could tell this story by beginning in one of the many neighborhoods that could be a microcosm for what Nashville was, is and is becoming. Of course, as always, it is best to take Sister Maria’s advice and begin at the beginning. It is, after all, a very good place to start.

Bicentennial Capitol Mall State Park. Specifically, at the site of McNairy’s Spring. It was the promise of fertile and open country that drew Robertson, Donelson, et al., west, but it was the abundant fresh water that kept them alive. They followed trails blazed by Native Americans, who themselves followed the track of game. The deer and buffalo and their megafauna forebears stamped down those tracks in pursuit of water, yes. And for the toothier creatures, other animals on which to feed also abounded at the bottom of this particular basin. But there was a bonus: salt licks and mineral-rich springs.

So ultimately, springs like McNairy’s are the raison d’etre for Nashville.

On this particular bright and pleasantly cool January morning, few visitors to Bicentennial Mall take notice of the spring, content instead to stroll the adjacent sidewalk and read the timeline of Tennessee history that’s alongside. It smells vaguely of wine, for some reason, as if the soil, which is almost always spongy, belying the crisscross of subterranean water, was oozing spilled booze from the New Year’s Eve extravaganza a week earlier.

Walking from the spring toward the Capitol — back in time on the timeline — a pair of men on Segways zip past, rather incongruously. State workers move from the expanse of parking lots surrounding the mall toward James Robertson Parkway and its canyon of bureaucracy. Passing the dormant fountains that commemorate the state’s network of rivers, the wine smell abates, the sunshine glistens on the stone slabs, and it’s hard to believe it’s been only 70 years since this was the heart of Hell’s Half Acre, a crowded, filthy slum with ramshackle homes and unpaved streets mere feet from the seat of the state’s power. Progress, such as it was, came. The residents — overwhelmingly if not exclusively black — were relocated to public housing, their shacks bulldozed for parking lots and James Robertson Parkway.

The road and many of the lots remain, of course, but in 1996, Bicentennial Mall — a pleasant place, all things considered — became the centerpiece of the area.

Continuing east along Harrison Street — the east-west roads in this part of town are by and large named for 19th-century presidents, though notably and unsurprisingly there is no Lincoln Street — takes the sojourner to First Horizon Park (né First Tennessee Park), the relatively new home of the Nashville Sounds that opened in 2015. Though the stadium is new, Sulphur Dell is the spiritual home of Nashville baseball. America’s Pastime was first played here before the Civil War, and it served as the home field of the city’s minor league teams — usually called the Vols — until the late 1960s. The original stadium was famous for its hill in right field and its massive wall. These days, just beyond the right-field wall, there’s signage explaining the important — and long unknown — role the area played in what would become Nashville.

When the old Howe Ice building was demolished to build the new park, beneath what is now third base, workers discovered dozens if not hundreds of Mississippian Era artifacts (in addition to an abundance of bottles from the 19th century). The French Lick, as it was known before it was called Sulphur Dell, was a natural source of salt, and the Mississippians constructed a large and sophisticated saltworks nearly a millennium ago. The lick was an industrial center, such as it was, for the expansive Mississippian trading network. Other sites in Nashville have yielded artifacts that originated as far away as Mobile Bay, proving that Nashville was a city at work and a center of commerce centuries before Robertson crossed the Mansker.

Today, there’s industry afoot too. Workers are dissembling the infrastructure for GLOW, the Christmas event that occupied the ballpark over the holiday season. Dump trucks and front loaders buzz around under the watchful gaze of the statue of legendary Tennessee State Tigerbelles track coach Ed Temple. Across Fifth Avenue, even more cranes are at work building the new Tennessee State Library and Archives building, the repository for historical documents was set to open originally in the fall of 2019.

Moving east on Jefferson Street, the glittery new condo and apartment buildings of Germantown rub proverbial shoulders with light industry and somehow still-vacant lots. At Neighbors, charming murals mash up Nashville with well-known pop-culture icons. There’s Biggie and Tupac in Titans and Preds jerseys, respectively. There’s Daniel from The Karate Kid, his headband bearing the now-ubiquitous “NASH” word mark and his gi done up like a Nudie suit. There’s Ric Flair seemingly without a Music City touch, but pro-wrestling heads will notice he is wearing the robe he wore to the ring for his legendary 1989 match with Ricky “The Dragon” Steamboat at Municipal Auditorium.

Nearby is Geist, a restaurant housed in one of the city’s oldest buildings. The Geist family shoed Nashville’s horses for more than a century before closing up shop in 2006 after 120 years in business. The building was painstakingly preserved and earned a nod from Robb Report as one of the country’s most beautiful new restaurants when it opened in 2018. Across Jefferson, there are still vestiges of old Germantown — a body shop with old seats from Greer Stadium, First Horizon’s predecessor, out front. Hampton Crane Service — its logo is what heraldry enthusiasts would call “canting arms,” a shield featuring a crane of the avian variety — is undoubtedly doing its best business ever and likely sees no reason to move.

The old Elliott School, constructed in 1910, is being reimagined as condos (of course), utilizing the massive windows that were cared for by neighborhood activists and later the Dede Wallace Center for 20 years until developers bought the building in 2014. Elliott School, by the way, was the first school in Nashville with a projector, which was installed in its 750-seat auditorium.

The playground equipment is gone, but it’s obvious where it was, on an unnaturally flat space out back. At the corner of the old school property is a rock, the placement of which seems intentional, though whatever intent it had is long forgotten.

The mile ends at Jefferson and Seventh, at the new Tennessee State Museum, a facility that all Tennesseans can be proud of. Moved from its longtime home in what was essentially the basement at the Tennessee Performing Arts Center, the new museum is spacious, allowing for a fuller telling of the millenia of the state’s history. Now, appropriately, it sits where — at least metaphorically — it all began.