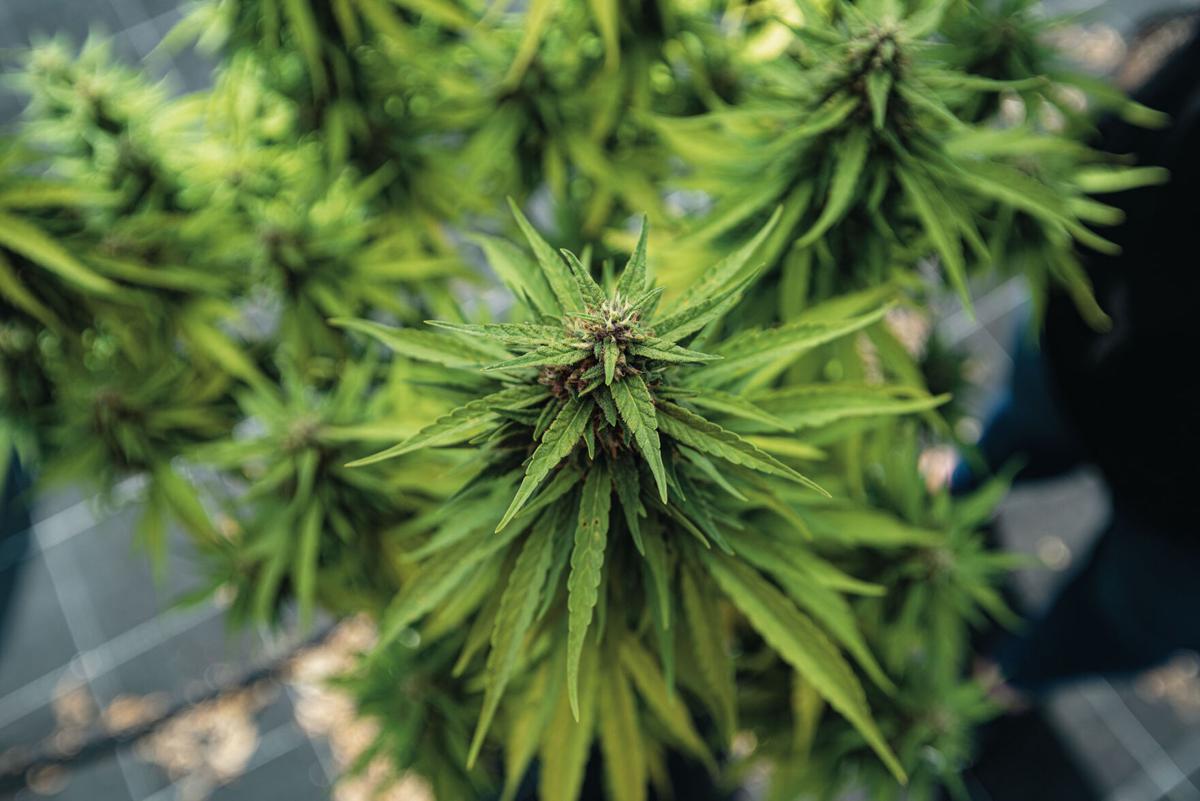 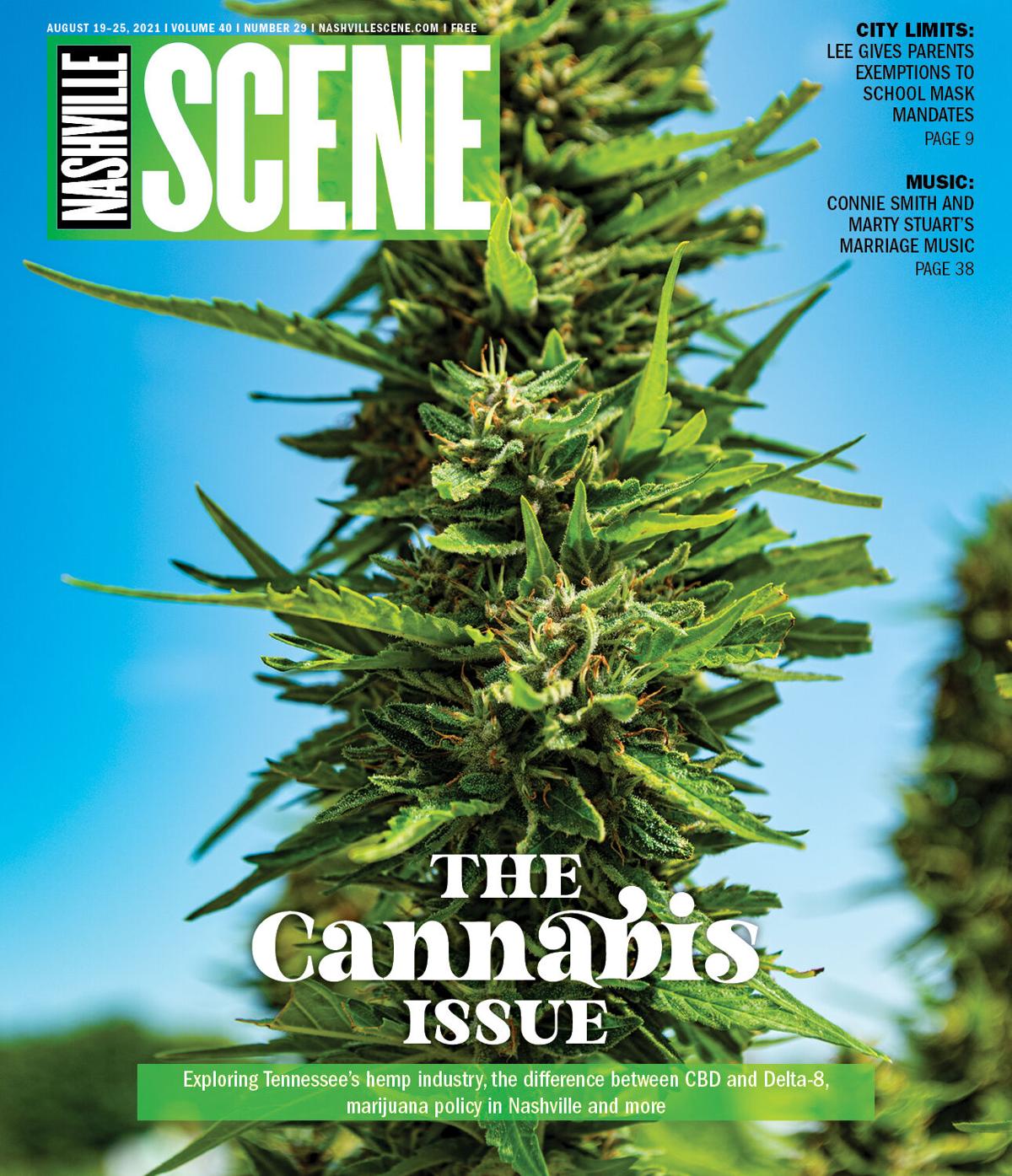 More and more often over the past three or four years, you’ve seen those three letters cropping up: CBD. Perhaps you have a general understanding of the cannabis-derived chemical. Maybe you’ve sampled it in a tincture or a gummy or even a cocktail.

But then, closer to a year ago, you started hearing about a different hemp-related substance. Maybe you saw it in vape shops, in print and web advertisements or even at convenience stores — Delta-8. This substance, unlike CBD, has psychoactive effects. Or simply put, it gets you high. So how exactly is that legal?

First, the basics. Cannabidiol (CBD for short) and Delta-8 are both cannabinoids, or compounds derived from the cannabis plant. Marijuana and hemp are both types of cannabis. While marijuana remains an illegal Schedule I drug (more on that later), hemp cultivation is legal in Tennessee. As defined by the 2014 Farm Bill, which was updated in 2018, hemp contains no more than 0.3 percent Delta-9-tetrahydrocannabinol, or what’s commonly referred to as THC. Most of us know THC — another cannabinoid — as the compound in marijuana that gets you stoned.

“In states like Tennessee, the only thing that’s regulated in hemp — the ‘decaf’ version of cannabis in Tennessee — is the growing process,” says Joseph Fuson. He’s a partner at criminal defense and civil litigation firm Freeman & Fuson and the founder of Hemp Law Group, a firm that represents hemp growers and retail stores. “You’ve got to have a plant that is less than 0.3 percent THC. But once … you cut the plant down, there’s no more regulation in the state.”

Dr. Greg Gerdeman is president of commodities exchange NASHCX and the chief scientist at CBD company Tennessee Farmaceuticals. He has a Ph.D. in pharmacology from Vanderbilt and a B.S. in biochemistry and molecular biology from Centre College. He’s studied the human brain’s relationship to cannabis for about 25 years, and says he “made some early discoveries in the science of how cannabis works, that we now call the endocannabinoid system.” As Gerdeman explains, by-products from legal hemp are themselves also legal.

“The Farm Bill legalized the growing of hemp and the hemp industry, and in the language of it, it stated that any extracts or isomers or derivatives thereof were also to be considered hemp,” says Gerdeman. “And this has created the opening where folks have said, ‘Well, if I take CBD and use a chemical reaction to derive another cannabinoid, it doesn’t matter what that cannabinoid is, or if that cannabinoid is an analog of Delta-9-THC — it’s fair game, because it came from hemp.’ ”

And that’s where Delta-8 comes in. Gerdeman gets a bit technical explaining the extraction process of the cannabinoid, but to oversimplify it: Chemists basically “cook CBD in an acid” to produce Delta-8. That’s why, unlike CBD, you can’t find Delta-8 in plant form — you can find it sprayed onto an herbal product so that it can be smoked like marijuana, but the herb itself does not contain the psychoactive compound.

“[Delta-8] is so very similar to Delta-9 — cannabinoids in general have yielded a surprising amount of potential health benefits,” says Gerdeman. “So I think that Delta-8 very likely could have many of the same benefits related to the ‘big three’ that cannabis is really well-regarded for — pain relief, helping with anxiety and inflammation, and sleep. This is a big cluster of symptoms that cannabinoids tend to work towards on multiple mechanisms.”

Though there isn’t a wealth of research surrounding Delta-8 specifically, Gerdeman points to a 1995 study wherein the cannabinoid was shown to be an effective antiemetic — that is, a drug that curbs nausea and vomiting — in pediatric cancer patients, with negligible side effects. Delta-8’s psychoactive effects are shown to be about half as powerful as those of THC. But with no regulations, folks can obviously just take twice as much of the product, and some Delta-8 producers lean into this. Attorney Fuson compares it to beer manufacturers simply making bigger bottles or cans to give the consumer more alcohol, since they can’t raise the alcohol content of the beer itself.

But if Delta-8 has similar effects to THC, and CBD is shown to be a booming business that can earn locally based farmers and companies big profits, why is marijuana still a no-no?

“The Schedule I legal status of cannabis as a flower is absurd,” says Gerdeman. “It always has been — never based in science. And Delta-9-THC coming from a cannabis flower is Schedule I as though it has no medical value, but Delta-9-THC that’s produced synthetically and sold as dronabinol — which is a generic name for Marinol — that’s been FDA-approved for 30-plus years.”

Fuson has similar thoughts when it comes to marijuana’s Schedule I status, and points out just what a boon the regulated sale of weed has become in other states.

“So the states that have legalized the full-octane-THC marijuana plant, and allowed those things to exist in in their state against federal law — because federal law continues to classify marijuana as a Schedule I drug, which is crazy — those states have built up a very big infrastructure surrounding marijuana and the marijuana industry,” says Fuson. “It’s heavily taxed, it’s heavily regulated. The government’s got their hands all in every aspect of it, from the very first seed you get to grow all the way to the package you put on the shelf and how you sell it.”

While various forms of marijuana legislation have come before the state legislature in recent years (read more on that here), Tennessee remains in the increasingly small collection of states where neither medical nor recreational use is legal. Even if full legalization never comes to our state, we’re likely to keep seeing cannabinoids like CBD and Delta-8 on shelves and menus at vape shops, restaurants, gas stations and grocery stores.