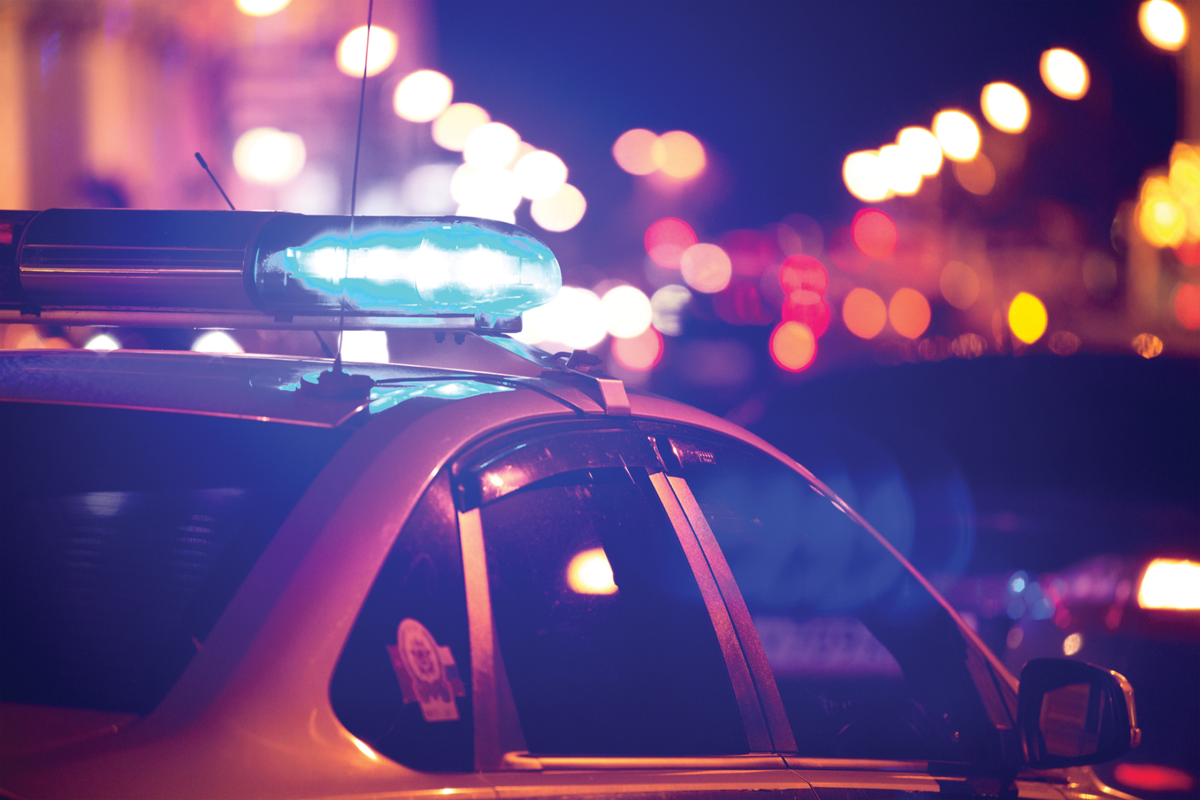 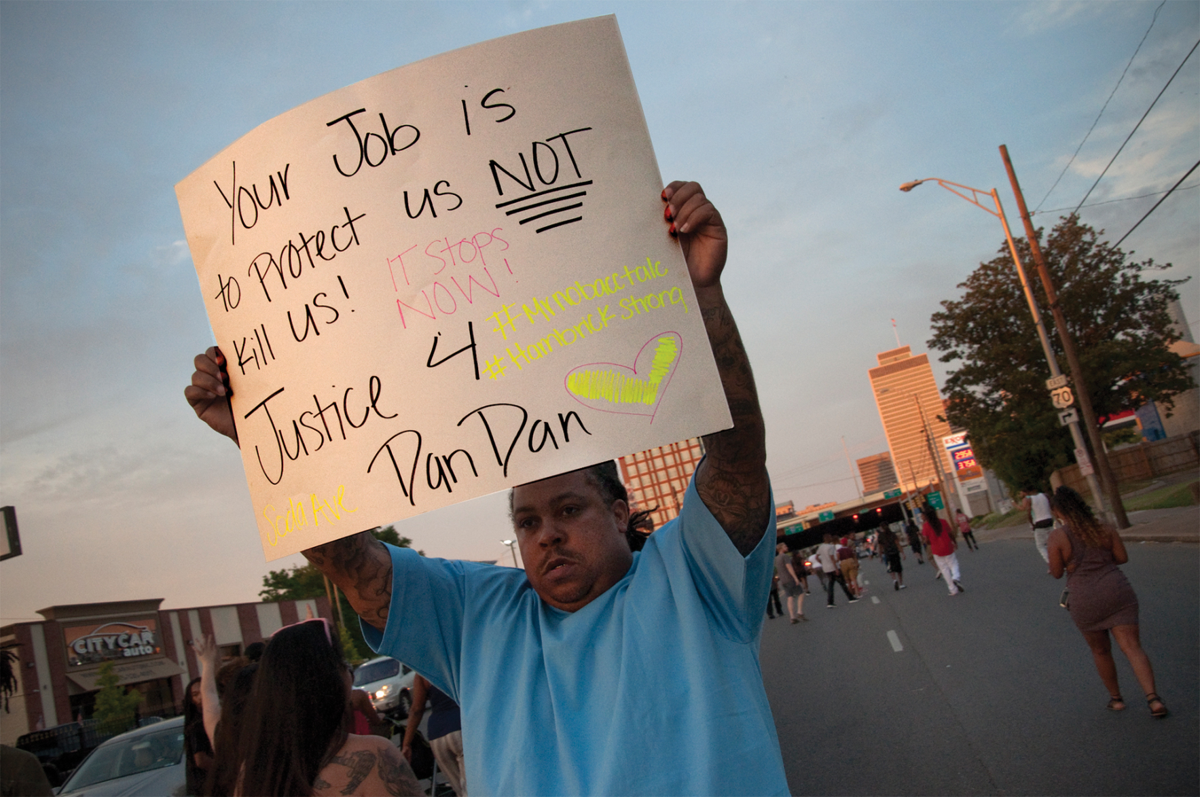 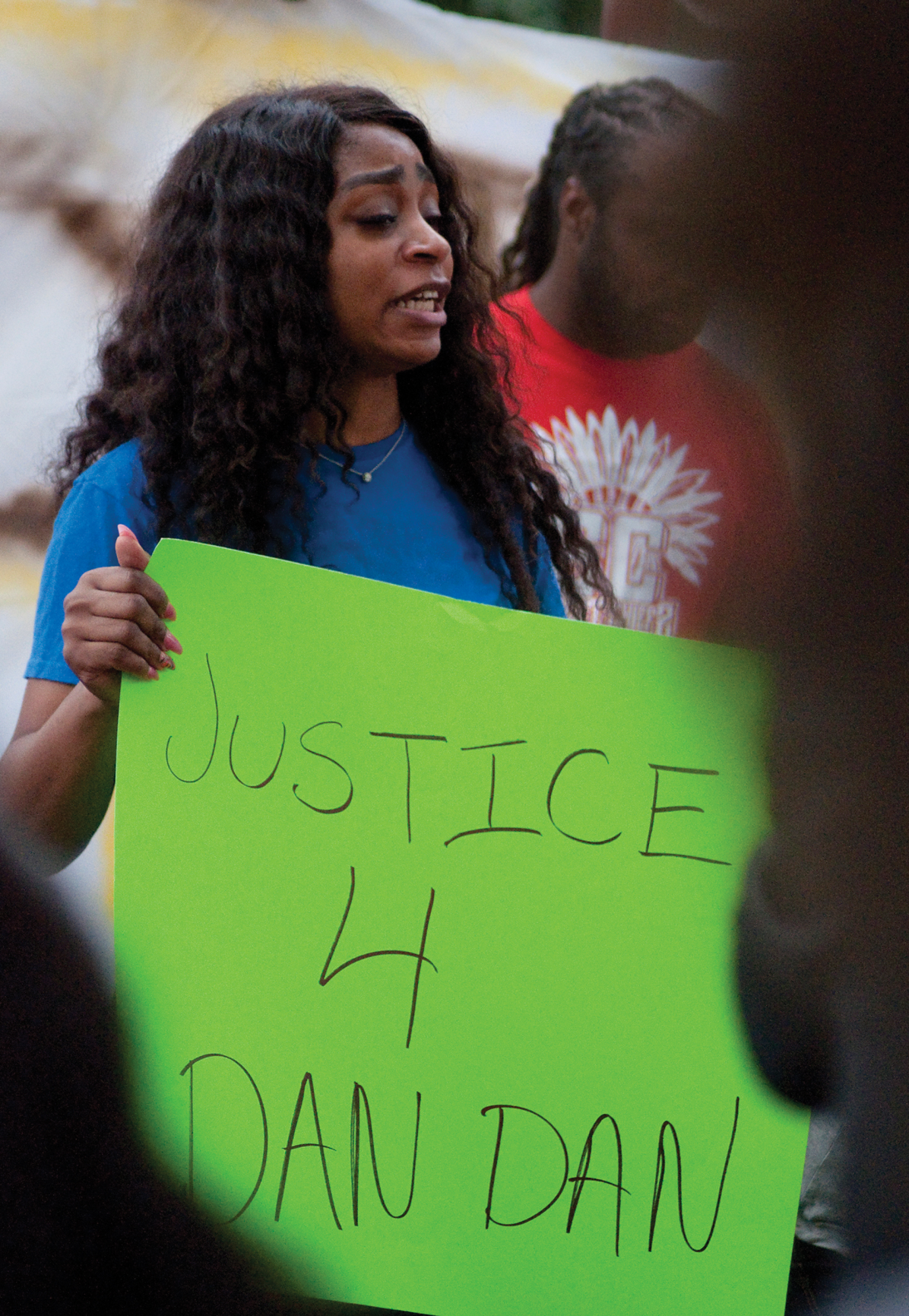 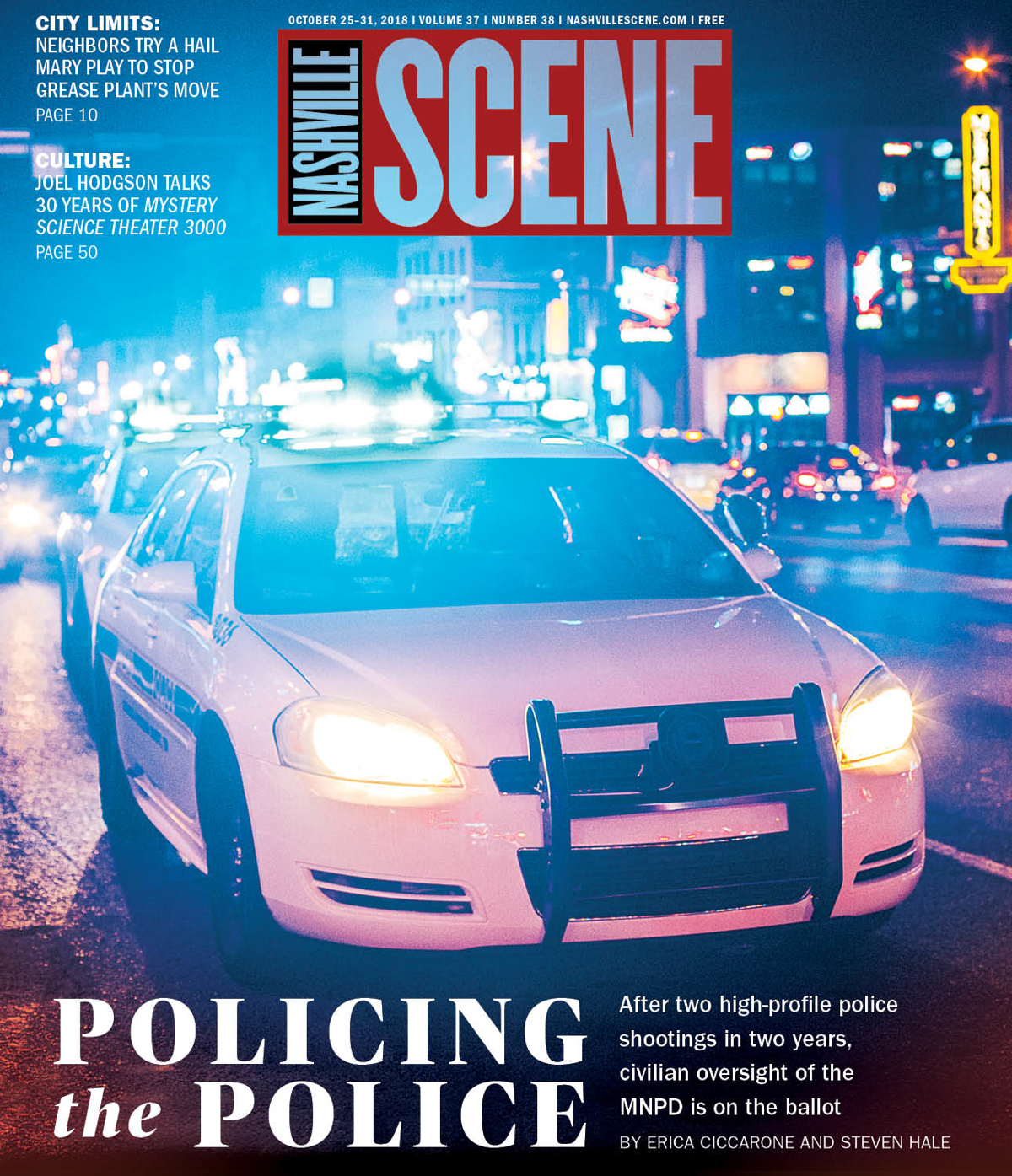 “The necessity of maintaining civilian oversight of police tactics and behavior has proved difficult and controversial in some cities,” reads an editorial published by The Tennessean on March 5, 1976. “But some such scrutiny is essential if the civilian population’s defenses against police abuse are to be guaranteed and the police protected from false charges.”

The piece ran in response to the alleged beating of a Nashville man by a Metro police officer in a downtown massage parlor. The man had reportedly walked into the parlor following a vice squad raid there. An officer ordered him to put his hands behind his head. When he was slow to respond, the officer allegedly took the man to the back of the parlor and beat him.

More than 40 years later, the idea of a board of citizens who can investigate, review and respond to the actions of Metro Nashville police officers is perhaps as close to reality as it has ever been. Prompted by the February 2017 shooting of Jocques Clemmons and propelled by a coalition of activists and community groups, the community oversight proposal is on the Nov. 6 ballot as Amendment 1. After a successful petition drive by the group Community Oversight Now — led largely by black women, including Clemmons’ mother, Sheila Clemmons Lee (see story on p. 16) — a citywide referendum will decide whether the Metro Charter is amended to create such a board. If the measure passes, it would be the culmination of a decades-long effort that has faced official resistance at every turn.

Police violence had already stirred the Nashville community and prompted demands for a civilian-review board in the years prior to The Tennessean’s 1976 editorial. In the summer of 1971, three black teenagers were shot and killed by police in separate incidents. The Tennessean’s reporting at the time outlined the three events: Donald Huddleston, 16, was shot after allegedly firing on officers, although some witnesses said he had been unarmed; Alfonso Washington Jr., 19, was shot in the back after allegedly trying to steal a newspaper stand; and Gregory Darden, 15, was shot as he fled from an allegedly stolen car that officers had stopped.

Grayce Gadson, an activist involved with Black Lives Matter and Community Oversight Now, remembers those days. One of the black teens killed by a police officer that year, Washington, was her uncle. She tells the Scene that she remembers attending community meetings in the wake of the killings with her family as a teenager. The notion of a citizen review board, she says, sparked her hopes. But the durability of those hopes has been tested.

In 1973, a Metro police officer shot and killed 19-year-old Ronald Joyce, prompting protests and eventually leading to the resignation of then-Metro Police Chief Hugh Mott. But there would be no citizen review board, an idea for which Martin Luther King Jr. had advocated prior to his assassination.

Calls for such a board would continue to arise from Nashville’s black community over the years, only to be refused by the city’s power structure, which was largely white. In the 1990s, the beating of a black undercover officer named Reginald Miller by a group of white officers who had stopped him for a traffic violation renewed the push for civilian oversight, led by the NAACP and others. But then-Mayor Phil Bredesen and other Metro officials were resistant to the idea. In a move framed as a compromise at the time, Bredesen created the Metro Human Relations Commission.

Jump forward more than 20 years, to a time when videos of fatal police shootings of black men and other police misconduct make national headlines and go viral on social media. The notion of a community oversight board was already percolating in local policing-reform circles before the spring afternoon last year when a white Metro officer named Josh Lippert shot and killed the aforementioned Clemmons, a black man who attempted to flee a traffic stop and who, according to police, was carrying a gun. But the shooting, and doubts surrounding the MNPD’s handling of the subsequent investigation, brought the issue to the forefront. It was one of the demands listed by a group of protesters who took control of a Metro Council meeting two weeks later.

Over the course of more than a year-and-a-half, the movement for civilian oversight of Nashville’s police department — which eventually coalesced under the banner of Community Oversight Now — would face resistance from the city’s self-styled progressive leaders. Former Mayor Megan Barry withheld support for the idea, and Metro Police Chief Steve Anderson and the MNPD outright opposed it. Mayor David Briley long avoided taking a firm stance on the matter, and a version of the proposal ultimately stalled in the Metro Council. Briley continues to insist that he supports a form of civilian oversight, but he confirmed earlier this month that he opposes the proposal that appears on the ballot. He has continued what the Barry administration started in collaborating with the Policing Project, a New York University-based program that works to implement “democratic governance” of police departments. But activists in the Community Oversight Now coalition have called that collaboration an attempt by Metro officials to circumvent or pre-empt the coalition’s efforts.

Support for Community Oversight Now’s petition effort surged in July after a white Nashville officer named Andrew Delke shot an allegedly armed black man named Daniel Hambrick in the back, killing him as he ran away. The group secured enough signatures to force a referendum, and Delke, meanwhile, has been charged with criminal homicide.

The proposal that appears on the ballot would create a community oversight board that would be able to independently investigate allegations of misconduct by MNPD officers and issue reports assessing such allegations, as well as make policy recommendations. The board would consist of 11 members: seven people — at least four of whom must live in “economically distressed communities” — nominated by community organizations or by private petition signed by 50 Davidson County residents; two people nominated by members of the Metro Council; and two people nominated by the mayor. All nominations for the board would require approval from a majority of the Metro Council. The amendment says the board would require an annual budget of no less than $1.5 million for staff and investigators.

The board would not be able to unilaterally discipline or sanction officers, but importantly, it would have the power to compel testimony.

By not already having such a board in place, Nashville is an outlier among major American cities. The National Association for Civilian Oversight of Law Enforcement has more than 200 member organizations, and cities to which Nashville has often compared itself — such as Austin, Denver and Atlanta — have had civilian oversight boards for more than a decade.

As the petition effort was getting underway, Community Oversight Now member Melissa Cherry joined NACOLE and has been corresponding with oversight board members in various cities. She says she was warned not to underestimate the resistance such an effort would face.

Nashville’s police union first filed a lawsuit in an attempt to block the community oversight amendment from appearing on the ballot. The suit was unsuccessful, but the Nashville Fraternal Order of Police has not relented in its opposition to such a board, even if the union decides it’s best not to be explicit about what they’re opposing. A new television ad — paid for by a political action committee formed by leaders of the FOP — makes no mention of policing or the proposed community oversight board, but expresses opposition to a $10 million tax hike over the next five years. The amendment does not call for raising taxes, but the claim arises from the board’s aforementioned $1.5 million annual budget.

At a recent forum hosted by The Temple in Belle Meade, former MNPD Cmdr. Bob Nash represented the FOP. He primarily highlighted objections to the way the board would be composed and how board members would be appointed. With just seven members nominated by community organizations, he said, some parts of the county would be left unrepresented. Further, he said leaving it to the Metro Council to confirm nominees all but guarantees politics will creep into the process. A moderator pointed out that a similar process is in place for most other Metro boards and commissions.

Beyond all that, though, is the FOP’s essential opposition to adding civilian oversight. Nash said it would be superfluous. He defended the MNPD’s Office of Professional Accountability, and noted an agreement that the Tennessee Bureau of Investigation will investigate all fatal police shootings in Nashville. If there are widespread concerns, he said, the Department of Justice could even come in and look around.

But the MNPD was initially resistant to the memorandum of understanding following the Clemmons shooting that required the TBI to independently investigate fatal police shootings in the city. And the DOJ actually has been to town. The Metro Human Relations Commission requested assistance from the department’s Community Relations Service last year in the wake of the Clemmons shooting and the 2016 release of the Gideon’s Army “Driving While Black” report, which showed that black drivers in Nashville were disproportionately stopped and searched. One of the recommendations that followed the DOJ visit: a working group to “explore the feasibility of developing an MNPD Citizens’ Police Advisory Board.”

Moreover, speaking in favor of the amendment at The Temple’s forum, civil rights attorney Kyle Mothershead — joined by a young woman named Andrea Miller, who leveled a civil rights lawsuit against the city alleging malicious prosecution (a suit Metro recently settled for $130,000) — presented the argument for the amendment. Among other things, he made the case that Nashville citizens effectively have little recourse against cops who abuse their power. He cited data from public records requests showing that virtually all citizen-initiated complaints against MNPD officers are ruled in the officers’ favor.

But the coalition’s case for a community oversight board was stated most succinctly in April, when the group stood outside the MNPD’s East Precinct and launched its effort to force a referendum.