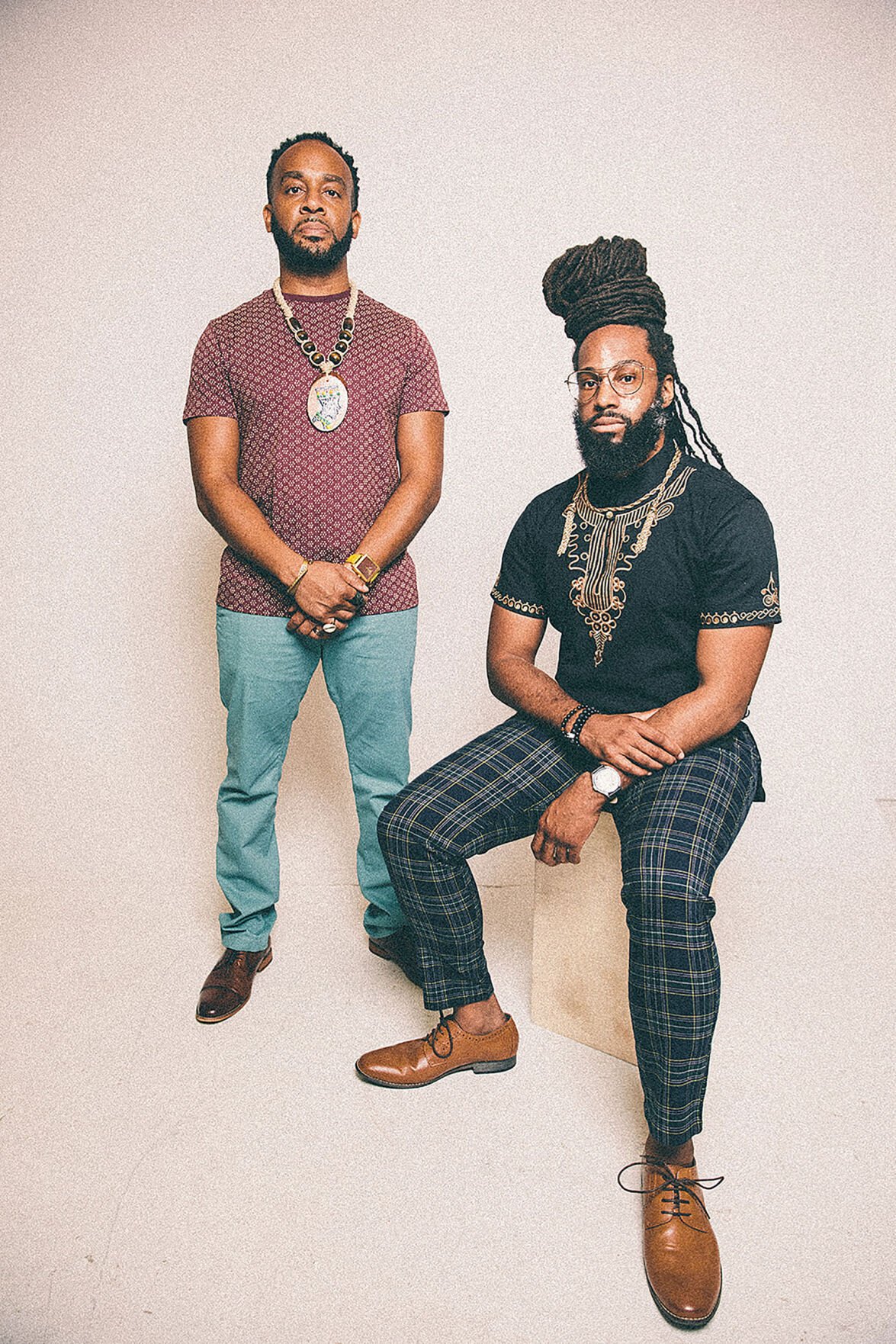 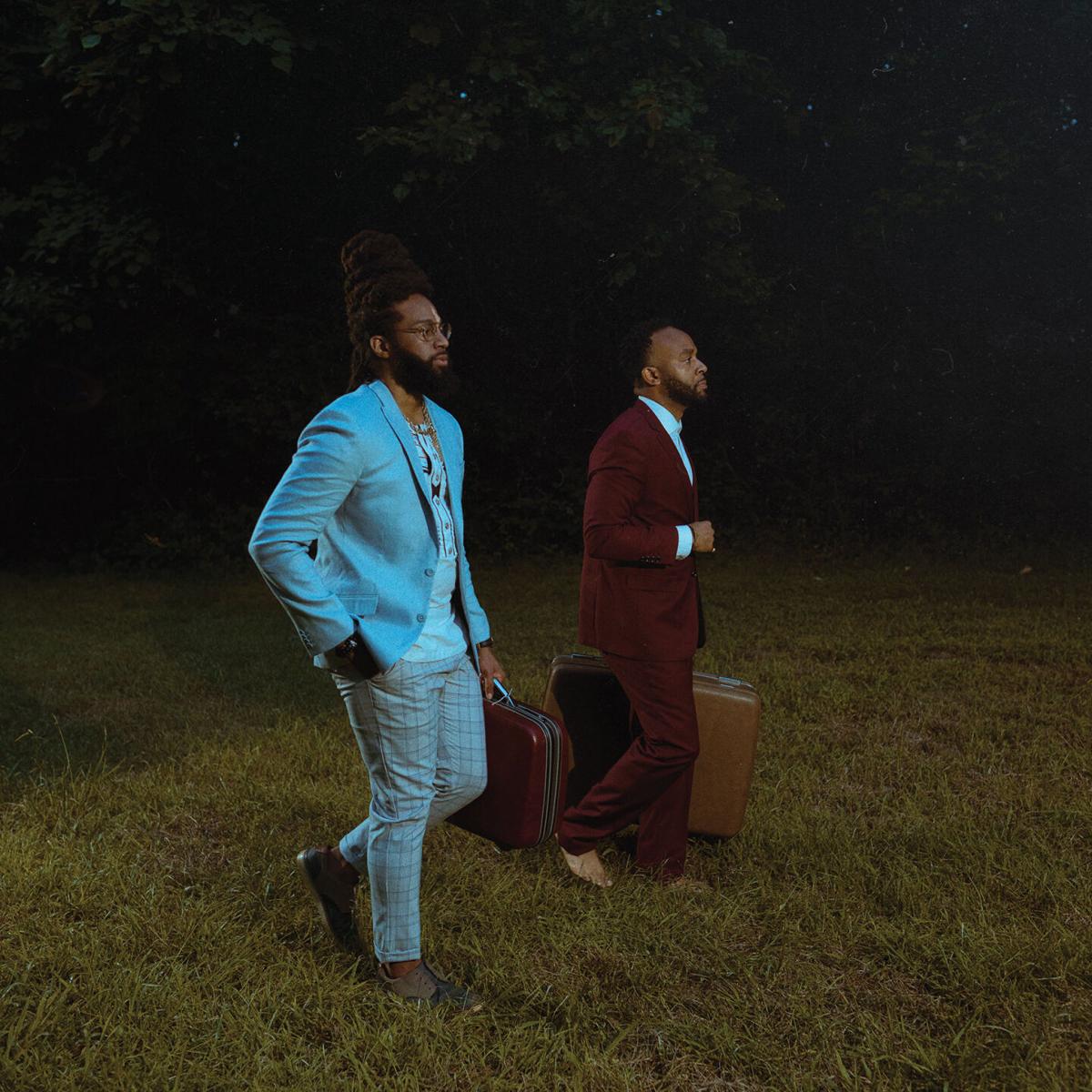 Since his 2005 mixtape Witness to the Truth caught a buzz locally, Nashville-born Rashad Rayford has offered skeptics of poetry’s ability to convey street wisdom a gateway to the medium. Under the moniker Rashad tha Poet, Rayford has hustled tirelessly at bridging the gap between spoken-word poetry and hip-hop with his live shows, collabs and boots-on-the-ground outreach.

Rayford and his fellow MC and poet Saran Thompson, alias S-Wrap, met through the Southern Word literacy program, in which they mentored high school students. When Rayford had to decline an invitation to perform as part of a tour of East Africa — focused on HIV advocacy and organized by Denver nonprofit Global Livingston Institute — he passed along S-Wrap’s contact. For Thompson, the experience of working with crowds of 10,000 or more people changed his career.

Were it not for COVID, the two might not have found time to work together. They have plenty of other day-to-day obligations: Rayford has parlayed his charisma into a career as a motivational speaker and actor with his own firm called Elevate Your Vibe, while Thompson started a poems-on-demand service mid-pandemic called Speak in Flowers. But spurred on by an online effort to get The Recording Academy to consider real-deal spoken-word albums for the Best Spoken-Word Album category at the Grammys — a category often dominated by audiobooks — they developed, wrote and recorded a new spoken-word LP called The Other Side. The result is a 36-minute paean to believing in yourself, about keeping your eyes on the prize while recognizing small victories and remembering that achieving your goals is a marathon, not a sprint.

The Other Side was released in September, but Rayford and Thompson will celebrate it at a pair of upcoming shows: They’ll headline a spoken-word-centric event at Exit/In on Sunday, Nov. 21, and they’ll also be at City Winery on Nov. 26 as part of Soul Food Poetry Cafe’s Black Friday show. The Scene caught up with the duo ahead of the gigs.

Tell me about your motivational-speaker work, Rashad.

Rashad Rayford: I do a lot of health care talks, innovation talks. Whatever information the [client] gives me, I’ll turn into storytelling. They’re tired of it being boring. They want to break up the monotony.

Saran, fill us in on Speak in Flowers.

Saran Thompson: It’s my custom poetry business. Fill out a form, give me info about someone special — a significant other, mom, cousin — for a birthday, graduation, any big milestone. I’ll draft out a compelling poem with different mediums for delivery. It could be printed out and framed, an audio MP3, digital PDF, I could show up telegram-style and perform it … poetry in greeting-card format. I came up with it out of necessity. It started as something cool to make some bread during the pandemic, but it’s blown up.

ST: There’s so much negative stigma there to unlearn about HIV awareness and healthy sexual education. So the organizers’ mission was to bring out these countries’ superstars to appear. I played with the Drakes and Rihannas of Uganda and Rwanda in Kampala, Kigali and three other cities. Massive free concerts, with testing happening concurrently. Screenings, eye exams, family planning. Absolutely crazy.

ST: Through the Southern Word nonprofit, teaching literacy in the schools and making beats. Rashad and I are known as the main guys in the city who freestyle, so we built a relationship.

RR: Southern Word started slow, but after a couple years it became a full-time gig where we were going all over the state, every day. Fifteen counties, 6,000 kids a year, residencies in schools, after-school workshops, colleges, juvenile detention centers.

ST: Working with teens humbles you, keeps you objective about your work. They have no filter. If you can keep their attention, you can keep anyone’s attention.

Is anyone you mentored in Southern Word now out there playing shows, making records?

RR: Yeah. Some have gone on to be contemporaries. The BlackSon, he’s a Southern Word kid. And Nina Donovan, who’s playing with us at Exit/In on the 21st.

How did you get into poetry?

RR: Freshman year of college. Fell in love with the craft. Started hosting open mics in school. Came back to Nashville in 2005. Everyone was doing chapbooks, but I wanted to make an album. So I did — Witness to the Truth — and started traveling. I’d get off work Friday, gas the car up and drive. To Louisville, to Dallas, to Tampa. No guarantees. Just grinding, kept dropping spoken-word mixtapes. Probably sold 20,000 out the trunk. I’ve performed at the airport, had my own show at the Frist … the Ryman is my only bucket-list item left in Nashville.

What was the inspiration behind and the intent for The Other Side? Who plays on it?

RR: The album is telling the story of getting on the other side of success, figuring out what you need to do with your life. It’s the outline of the hero’s journey, and people getting to a point where they’re realizing their value and don’t want to be treated like machines.

ST: We made it in four weeks, working out the flow, the concept. But there was still a need to take it to the next level. My go-to DJ, Daniel Sauls, a phenomenal artist and producer … we brought him in the mix, and he Rick Rubin’d it. Added the exact right musicians, made the right moves with the arrangements, built it up. What I love most about the project is that everyone on it is here in Nashville.