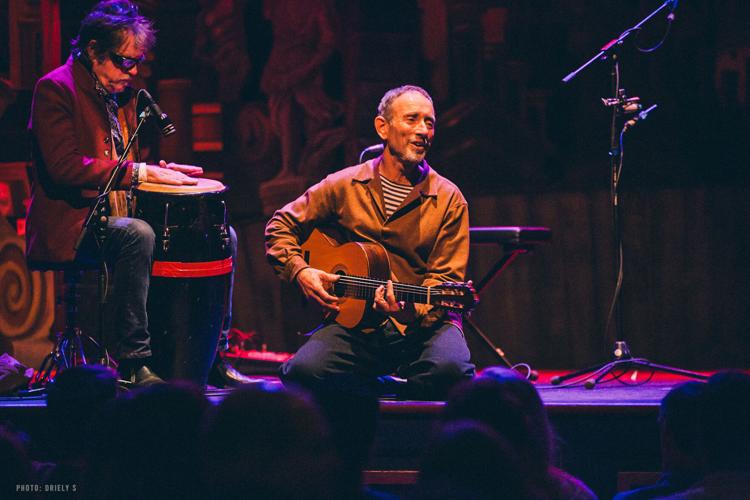 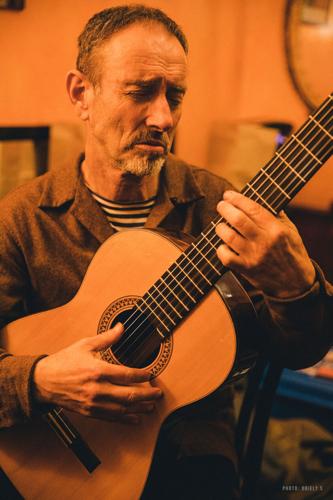 Editor’s note: Longtime Scene contributor Sean L. Maloney has written for us about Jonathan Richman and his onetime band The Modern Lovers on many occasions. He is also the author of the volume in Bloomsbury Press’ 33 1/3 series on Richman & Co.’s “never meant to be an album” The Modern Lovers.

Tuesday night, Jonathan Richman returns to Nashville, this time stopping in at Third Man Records. Richman, whose career has stretched across five decades and about as many continents, has been creating some of his most thoughtful and playful work in recent years — prismatic AM pop from the most minimal of elements. While often lauded for the demos he recorded with John Cale and Kim Fowley as a young man, Richman has been creating uniquely dynamic rock ’n’ roll for 50 years, his art engaging a deeper and more joyful sense of humanity with every release.

His latest EP Cold Pizza & Other Hot Stuff, released in March via Cleveland’s great Blue Arrow Records, highlights the loose and lively feel that permeates his live performances with longtime drummer Tommy Larkins as he contemplates the unpretentious nature of next-day pizza and the joy people get from loving Dolly Parton. His most recent full-length, December’s Want to Visit My Inner House?, finds Richman working again with tamboura player Nicole Montalbano as well as one of his earliest collaborators, keyboardist Jerry Harrison (who joined Talking Heads after his tenure in The Modern Lovers), to create a masterwork of observational mysticism. It is the most deeply Jonathan of his work, an amalgamation of everything wonderful about his catalog to date — and a great starting point for people intimidated by an expansive and often byzantine discography.

Richman does not grant interviews in a typical manner. He asks that an interview be in writing, with his replies printed as presented. It’s more like a collaborative art project than a typical presser, hence the atypical format. Below, find Richman’s words in bold and my words in plain type.

Dear Sean, Thanks for the thoughtful questions.

Thank you for saying how our shows are one of Nashville’s favorite soirees! Nashville has become one of our favorites on the circuit too! We’re glad if people are enjoying the shows as much as we are.

Your newest EP Cold Pizza & Other Hot Stuff contains two of the most factual 100 percent true songs I have heard in years, the aforementioned “Cold Pizza” and “Everybody Loves Dolly.” The latter should probably be Nashville’s anthem.

Yes! Both songs are true! Cold pizza is what it is and everybody does love Dolly!

It’s been a tough few years with lots of challenges from every direction. How do you find joy and love when, as you sang on your 2021 album Want to Visit My Inner House?, “the world gives you a pinch”?

How do I find joy and love? I don’t try! They are just there, as is the grim and horrifying.

It’s been said that every creative interaction has something to teach us. Inner House found you working with Jerry Harrison for the first time in a long time. What did you learn while collaborating?

Ah … you brought up Jerry! Playing and making up songs with Jerry has been one of the great joys of my life in these past four years (see, he was on the album before this last one, too). I love the chance to come with a song idea and bring it to our recording sessions and then learn what he will do with it. We actually have more in common musically now than we had then and I have a better attitude toward other musicians’ input now than I did then. (Which isn’t saying much.) His keyboards and the tamboura go well together, too. Did you notice? So me and Jerry have been much closer lately than ever before.

Who will be with you?

Why, my drummer Tommy, as always.

Will the tambourist Nicole Montalbano, who plays that instrument on some of your most recent albums, be there onstage?

Not this tour. She did come on the recent tour we did in June from Montreal to Philadelphia.

Tour of California in December. Tour of the South, Northeast and Midwest in February & March of 2023.

Do you play different songs in different parts of the country?

Good question! I don’t use a set-list, so we don’t know what we’re going to do until we do it. But, I suppose I am more likely to sing songs in Spanish in South Texas and Southern California and in New Mexico and Arizona; and, up in Canada in Montreal, I’ll do lots of the show in French, but … I sort of intentionally don’t do songs I think people might expect to hear at any given location because I’m just like that. But … in Boston, where I’m from, I often sing lots of “local” songs. I get sentimental that way depending on the night. But, mainly, I never know what’s going to happen and don’t want to find out until it does.

The night my wife broke her head open at a Jonathan Richman show: a love story

What to expect from Jonathan Richman