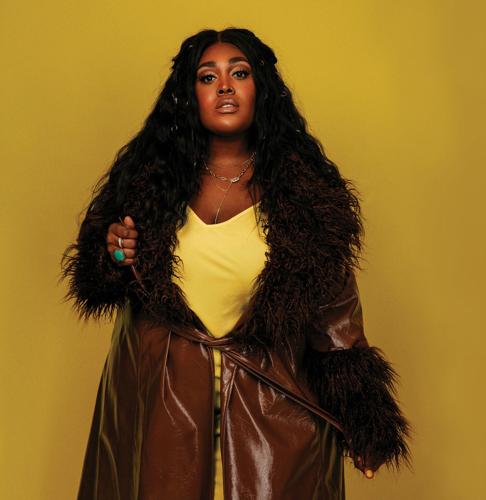 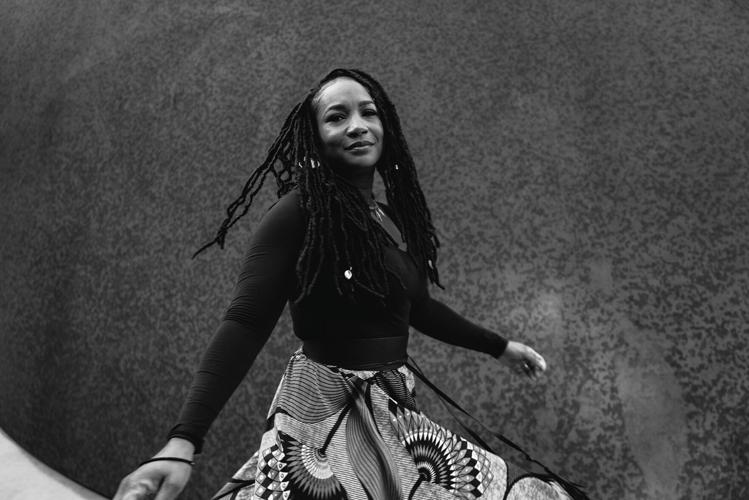 While the massive shows at Nissan Stadium are what bring many fans to CMA Fest, a panoply of smaller stages dots the cordoned-off area around Lower Broadway. There are a couple more inside the Music City Center as well, among the booths you can visit if you buy a pass for Fan Fair X, and there will also be shows at Ascend Amphitheater. You can see dozens upon dozens of rising artists on these stages — a noticeably more diverse crop than in years past — and plenty who are worth your time to check out. Read on to learn about 10 who caught our ear and when you can see them. Be sure to check the CMA Fest website and CMA Connect app for the most up-to-date information.

Sometimes, when an artist catapults to success like Triston Marez, it’s hard to argue with the fans. Marez was a hit with the crowd when he won the Houston Livestock Show & Rodeo’s talent contest in 2014, and his profile has continued to rise. Last year’s acclaimed self-titled debut boasts a co-write with Brooks & Dunn’s Ronnie Dunn — not to mention Marez’s own clever wordplay and honky-tonk-perfect pipes. Marez’s bourbon-soaked voice and honest lyrics will endear him to fans of classic country and modern Americana alike. RACHEL CHOLST

Miko Marks began her country career in the early 2000s, only to have it hamstrung by the racism that’s been ingrained in the industry from the very beginning — when executives decided to market country music performed by white people as “hillbilly music” and music (including country) by anyone Black as “race music.” However, Marks began to reappear on the national radar in 2021 with two phenomenal projects. First was Our Country, an album that examines the condition of the American spirit, and then came an EP called Race Records, featuring classic country and rock songs originally recorded by white artists and rendered in Marks’ supremely engaging style. STEPHEN TRAGESER

With the viral success of her song “Villain” in 2020 on TikTok, Lily Rose represents a possible future for the commercial country world — one that relies less on radio and embraces diversity. Now signed jointly to Big Loud Records/Black Blocks Music and Republic Records, Rose was also a member of CMT’s Next Women of Country Class of 2021. Her music leans toward pop-country influences, yet there’s a grit to her voice that makes the songs a bit heftier than you might expect. Rose is one of the few openly LGBTQ artists rising through the commercial country ranks, and here’s hoping that many follow. RACHEL CHOLST

On his 2021 debut LP Backslider, Kentucky-raised Elvie Shane doesn’t get mired in the gloss that seems to get applied to even the best songs coming from mainstream country. “County Roads” and “Sundays in the South” are uptempo tunes that reflect on growing up in the country in ways that feel honest, not focus-grouped. “My Boy,” about being a stepfather, and “Miles,” which developed from processing his relationship with his father who was a trucker, are tender in the utmost, and the growl in Shane’s voice makes them even more resonant. STEPHEN TRAGESER

Like so many of his peers, 19-year-old Jonathan Gabriel Horne — raised in rural Georgia and known to his fans on TikTok and elsewhere as Kidd G — has both country music and hip-hop embedded in his musical DNA. Producer and songwriter Bonnie Dymond has likened the delivery he’s capable of to late emo rapper Juice WRLD with a country twang. After Kidd G’s summer headlining tour, which will begin with his appearance at CMA Fest, he could narrow his focus to one of those styles, in order to build his career in a more traditional way. But now that artists like Lil Nas X, Breland and Blanco Brown have laid a foundation, he doesn’t necessarily have to. STEPHEN TRAGESER

Texas lifer Randall King gives Nashville a taste of the Old West. King, who opened for Garth Brooks’ early-pandemic virtual drive-in performance, shares Brooks’ ear for big country sounds. King’s songs are simultaneously contemplative and anthemic, focusing on the complexities of life on the range — no glorifying backroads and red Solo cups here, just treating them as a fact of life. King’s country-forward approach to country music earns him a listen from discerning ears. RACHEL CHOLST

Reyna Roberts has dedicated everything to country music, and it’s past time for country music to love her back. Roberts is the daughter of two veterans who, when faced with homelessness, paid for a storage unit for her to keep her piano and practice in. With her trademark red hair, Roberts made a splash when Mickey Guyton retweeted her cover of Carrie Underwood’s “Drinking Alone.” Later, her single “Stompin’ Grounds” was picked up by Monday Night Football. Roberts was named one of CMT’s 2021 Next Women of Country class members, and once you see her charisma onstage, it won’t be hard to see why. RACHEL CHOLST

We’ve told you before to keep an eye out for Jenny Tolman; we recognized her album There Goes the Neighborhood as Best Country Debut in our 2019 Best of Nashville issue. And we’ll keep telling you to seek her out as long as she’s making records as insightful, witty and rocking as her follow-up LP Married in a Honky Tonk, released in March. Among the standout songs is the groovy R&B-influenced “Working Woman’s Blues,” which discusses pay inequality and other sexist social norms that encourage women to go to great lengths and expense to impress people. STEPHEN TRAGESER

There are many places you might have seen or heard Brittney Spencer in the past year — opening for Jason Isbell at the Ryman, headlining her own club tour, singing with Mickey Guyton on the CMA Awards broadcast, singing the national anthem at the Kentucky Derby, appearing in For Love & Country (director Joshua Kissi’s documentary about Black country musicians), or within the Scene’s pages. If so, you know exactly why you do not want to miss her set. But if you need a reason to catch her on Sunday, take your pick: her rich, expressive voice; her incisive lyrics about the hard work of living; or her perspective on how change in the industry needs to be systemic and long-term. STEPHEN TRAGESER

Ty Herndon may be known for his offstage activism as much as he is for his music. In a 2014 interview with People, he became one of the first male country singers with an established mainstream career to come out as gay. His Concert for Love and Acceptance has become a staple of Pride Month in Nashville, though an iteration for this year hasn’t been announced yet. Herndon’s forthcoming album Jacob promises to confront the 60-year-old’s struggles with addiction and coming out in a hostile work environment. Here’s to his CMA Fest show as a triumphant assertion that Herndon and other LGBTQ artists belong in country music. RACHEL CHOLST

The who, what, where, when and why of Bonnaroo and CMA Fest 2022