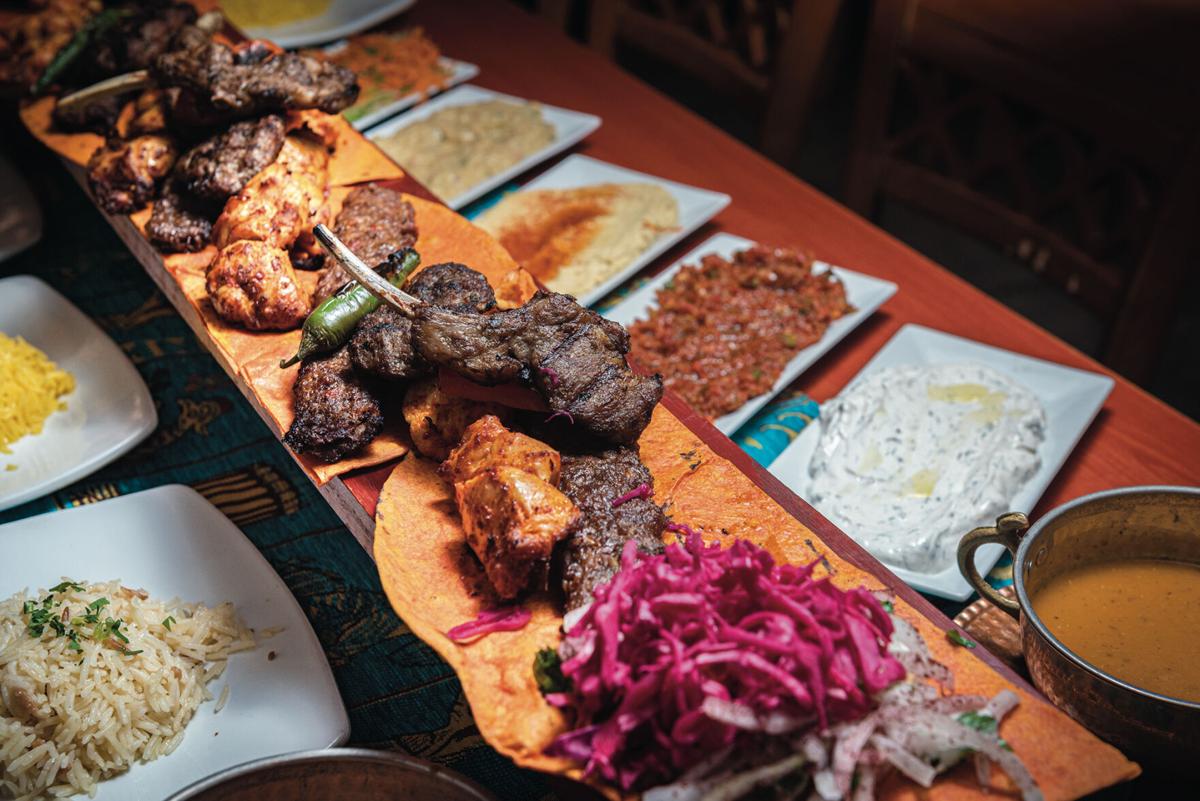 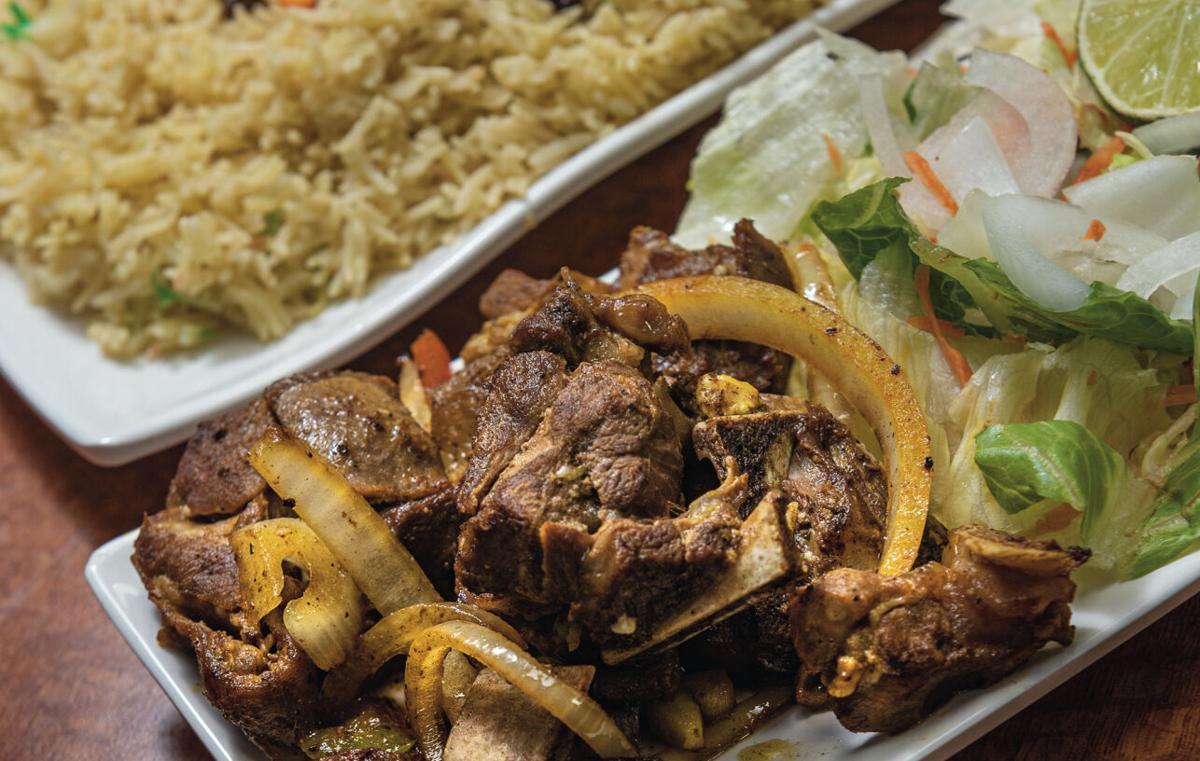 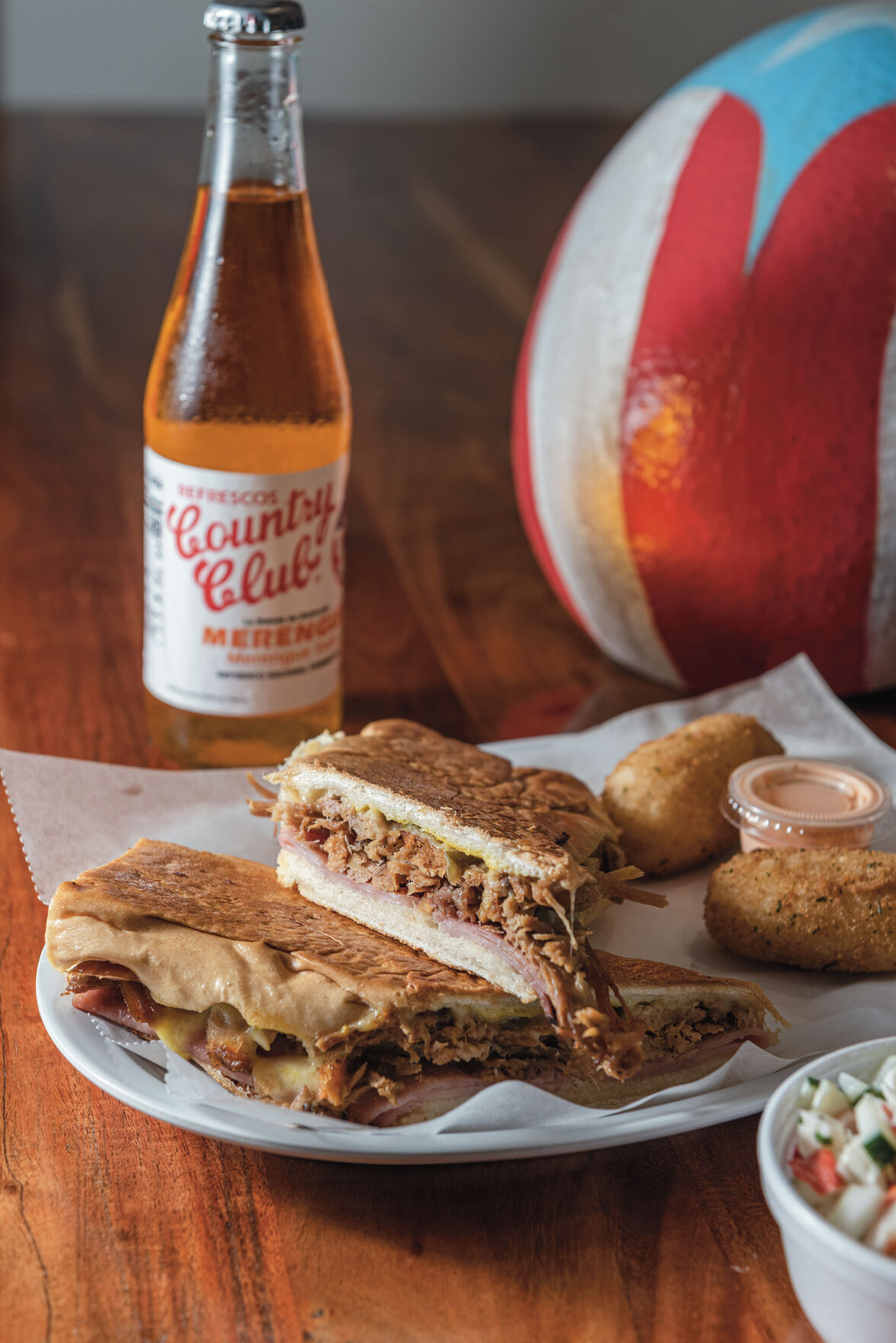 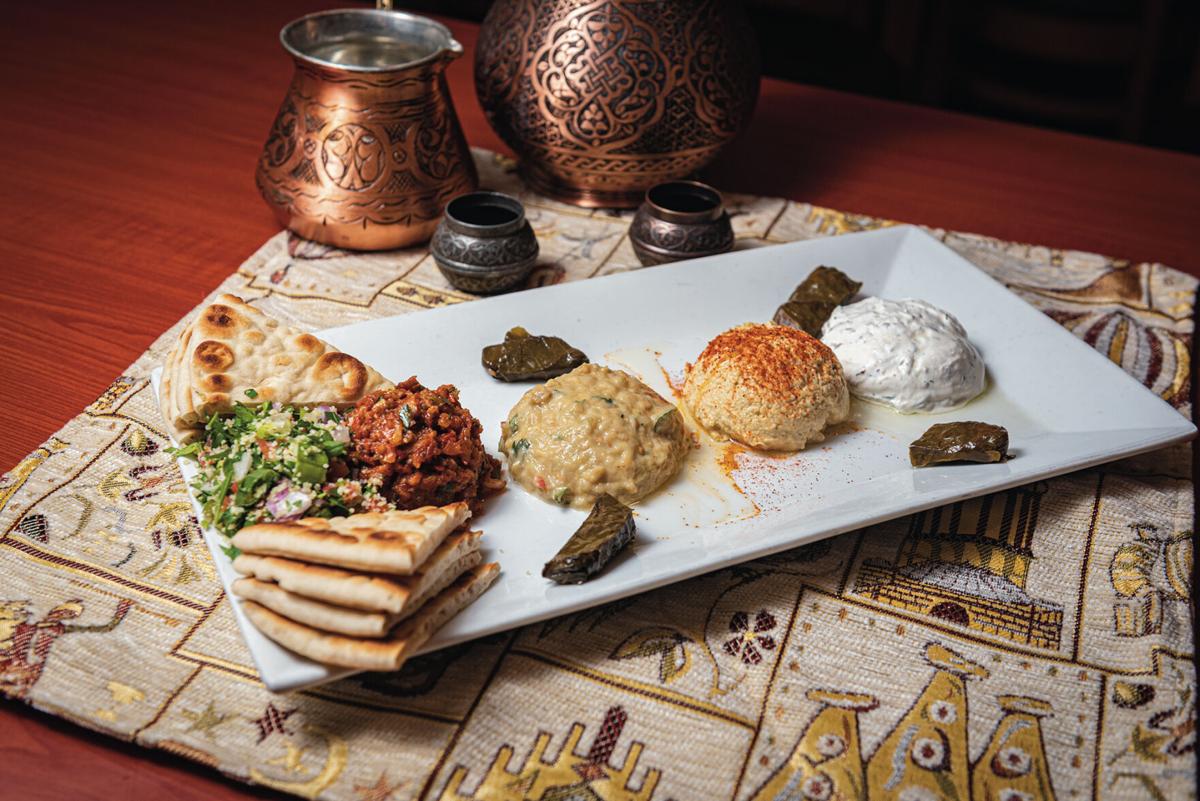 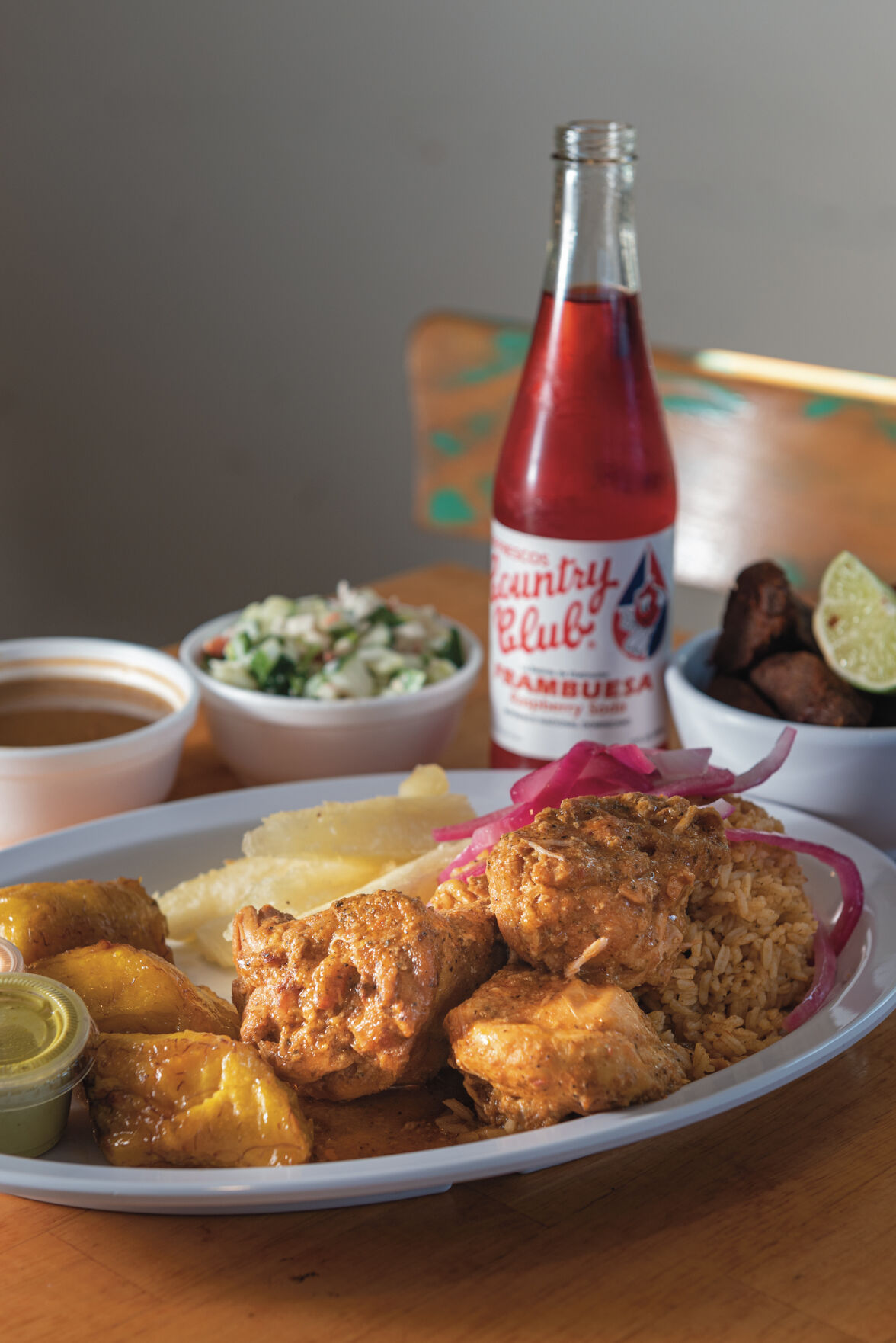 Chef Lamar Alvarez of Chez Lama, a food truck and catering operation serving Alvarez’s native Haitian cuisine, opened in 2010. But his business hasn’t been in operation since the pandemic hit in March 2020. Catering business dried up, and uncertainty clouded its future.

“My wife was pregnant,” says Alvarez. “It’s like, what do we do? The best course of action was to not expose myself so I don’t bring anything home to her. I did try to do a little bit of catering jobs here and there, but it wasn’t enough to really keep stuff going.”

Now, a year-and-a-half later, he’s gearing up to revive the business for the InterNASHional Night Market hosted by the Tennessee Immigrant and Refugee Rights Coalition on Sept. 24. It’s at least the second time the folks at TIRRC have provided a springboard for Alvarez. The first happened just after the chef launched his business from his garage.

“When I started catering in 2010, TIRCC was one of the first clients,” he says. “That was my biggest job. That was the first time I was introduced to them, and we’ve been kind of partnered ever since. They’ve really supported my business, and they were a blessing to me.”

Beyond helping spread the word about immigrant- and refugee-owned businesses, TIRRC advocates for immigrant rights through coalition building and legislative advocacy. This week, the nonprofit’s largest fundraiser of the year will showcase Chez Lama as well as more than 15 other food entrepreneurs — from hidden gems to well-established favorites, including the Kurdish and Turkish cuisine of Edessa Restaurant, the Puerto Rican dishes of Merengue Cafe and the foods of East Africa from Madina Restaurant.

Just as Alvarez’s business has evolved, so has TIRRC’s InterNASHional food series. While it began as a food-crawl tour to showcase businesses eight years ago, it grew into an event drawing more than 1,000 attendees with guests having the option for a guided or self-guided tour. Various tracts also were added to highlight desserts or spicy foods, for example.

After COVID arrived, organizers wanted to keep connecting chefs with the community and support the entrepreneurs’ storytelling through food, especially as they faced the challenges that the pandemic brought to bear. So last year, InterNASHional offered online cooking classes and a to-go dumpling sampler, for example. And while this year won’t see a full return to packing more than a thousand people into buses and restaurants, there will be some carefully reimagined in-person events once again.

“This year felt more comfortable bringing people together outdoors in socially distanced settings,” says Elizabeth Welliver Hengen, TIRRC’s community relations manager. “And also, how can we use our headquarters as a way to bring people together?”

TIRRC hosted friends at its new building in Antioch for the first time in August at an event called Welcome Home Party. The organization had special COVID safety protocols in place, just as they will for the night market, an all-outdoor event. It’s another way to highlight the new headquarters while also featuring a range of restaurants from a wider geographic swath without the constraints of a bus route. At their heart, the food events for TIRRC aim to show the diversity of cultures in Nashville.

As Hengen explains it, the families who own these businesses are families that TIRRC has relationships with from English classes or other programs. “So many times restaurants are where our communities congregate,” she says. At their establishments, you might find a young student finishing his homework at the table while his parents work.

“Food connects us, and it’s a cultural currency — a way of highlighting creativity and nourishment,” Hengen says. Alvarez agrees. He came to the United States from Haiti at age 13, and while he studied landscape design at Florida A&M and worked in the field for a while, it’s food that captured his interest as a way to showcase his culture, which in recent years could have been overshadowed by tragedy.

“Usually people love to talk about the kind of food they eat no matter where they’re from,” Alvarez says. “They’ll say, ‘Oh yeah, I like this and that,’ and it opens the door to conversation. That’s one way I like to tell people about Haitian culture. I will tell them about griyo, which is fried pork, and fried plantains and something we call pikliz, which is like coleslaw or chow-chow but spicy and vinegar-based.”

From TIRRC’s perspective, these relationships built over food also help strengthen their other work. “If you get to know a chef and know their story,” Hengen says, “and if there’s a policy that affects immigrants in your community, you have a face and a taste associated with it. It’s no longer abstract. You’ve received hospitality.”

In addition to the InterNASHional Night Market, TIRRC also planned to host A Feast With Louisa Shafia: Private Dinner on Oct. 24 but decided to cancel the indoor dinner due to COVID concerns. Shafia, author of the award-winning cookbook The New Persian Kitchen, plans to offer different types of events in the future.

Shafia says her relationship with TIRRC began at a “truly awful time in American history.”

“It was 2017, and the Muslim-ban crisis had started,” Shafia says. “My father is from Iran. I was distraught because it directly affected my extended family, both the people in Iran and the ones living in the U.S.”

She wanted to do something that would contribute to the dialogue on immigration in a positive way, so she called TIRRC’s main number and said she wanted to do a Persian dinner to raise funds for their work. Shafia had learned about TIRRC just a few months prior while volunteering for another nonprofit at the National Immigrant Integration Conference, which TIRRC co-hosted.

“I started crying on the phone when I tried to explain to the staff person who I was and what I wanted to do,” Shafia says.

“It was an emotional night, with speeches from people who had been helped by TIRRC,” says Shafia. “The dinner gave people a way to learn about TIRRC by having a fun night out, and it brought in a lot of new support.”

The night also led to dinners featuring other immigrant cooks across the city.

“Unless you work in an industry that relies heavily on immigrant labor, like hospitality or agriculture, immigrants in Nashville can be invisible,” Shafia says. “But they’re here in substantial numbers, and punch far above their weight in those industries. … And I can’t think of a better way to get people invested in the well-being of immigrants than to have people meet them over a beautiful feast of that particular culture’s food.”