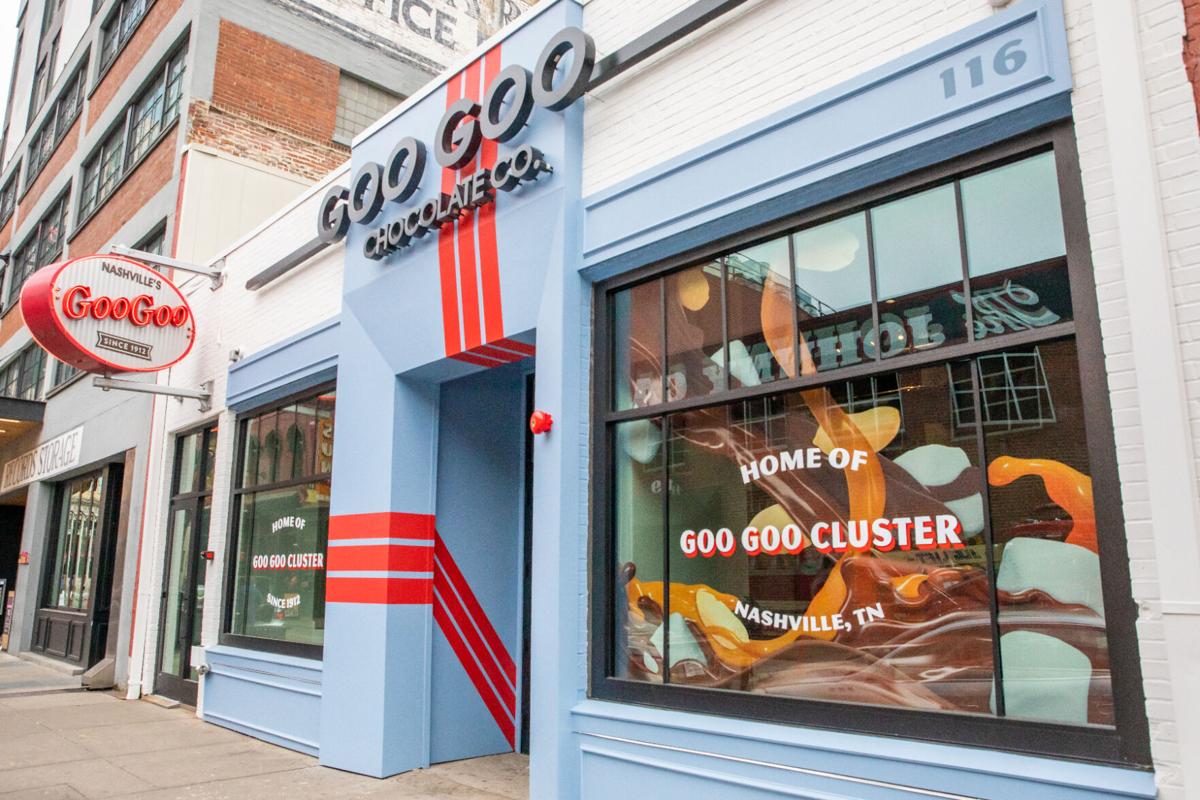 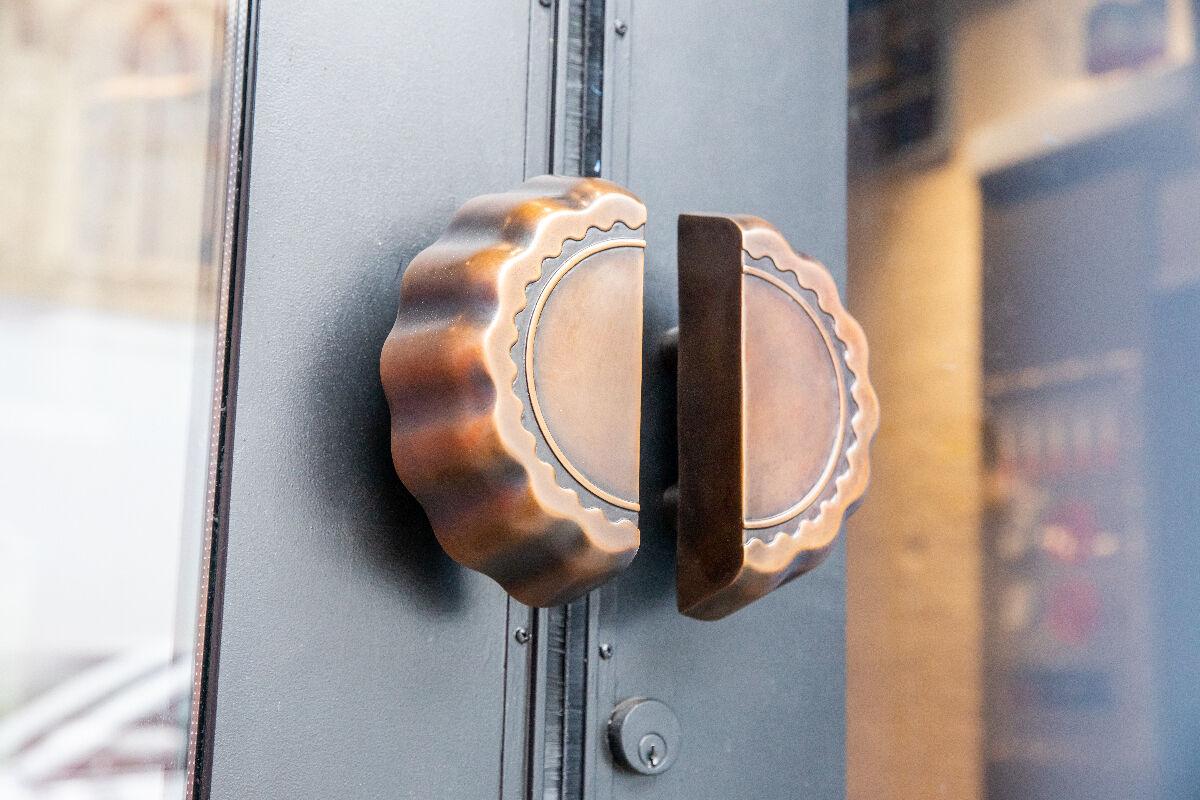 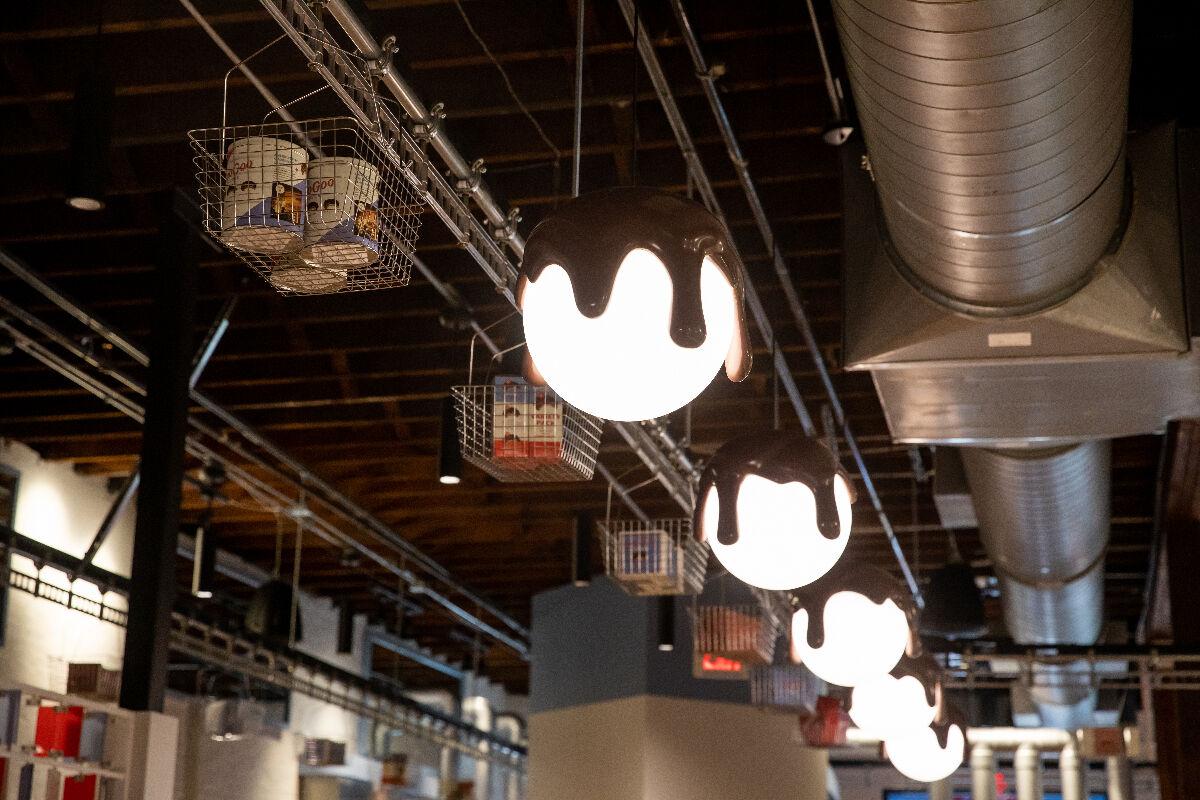 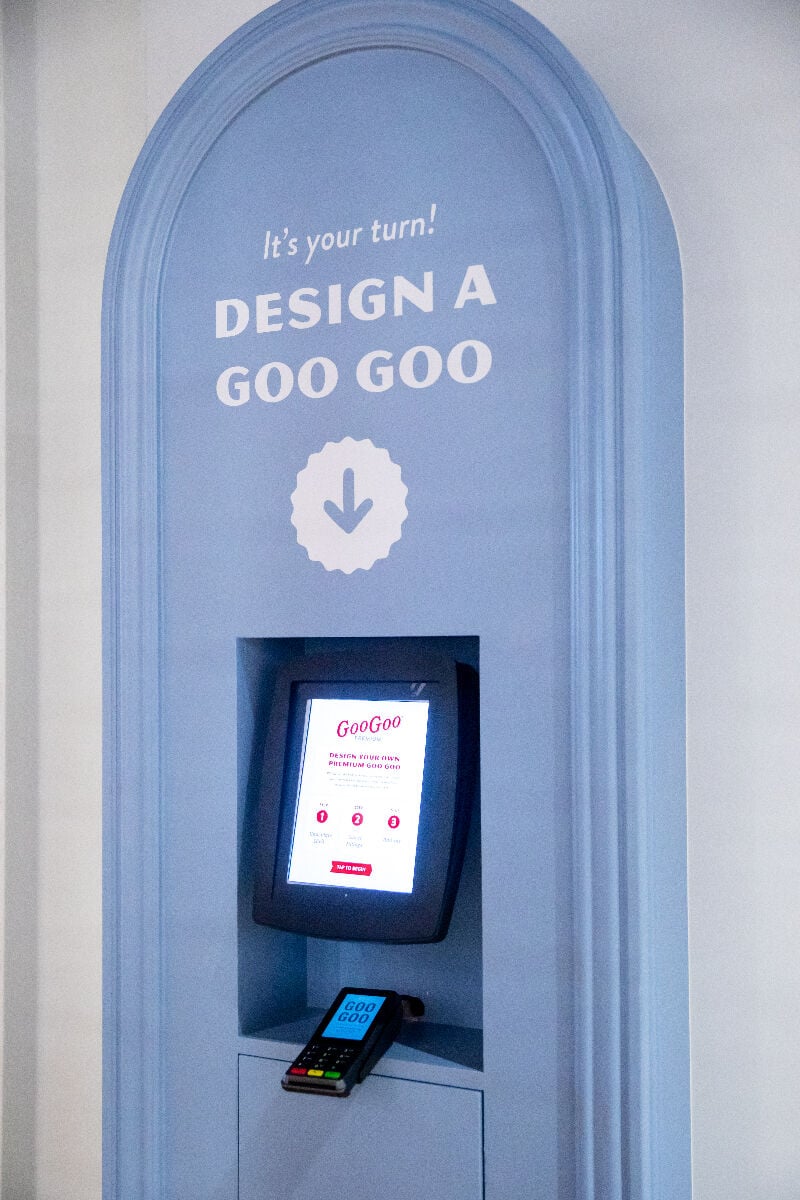 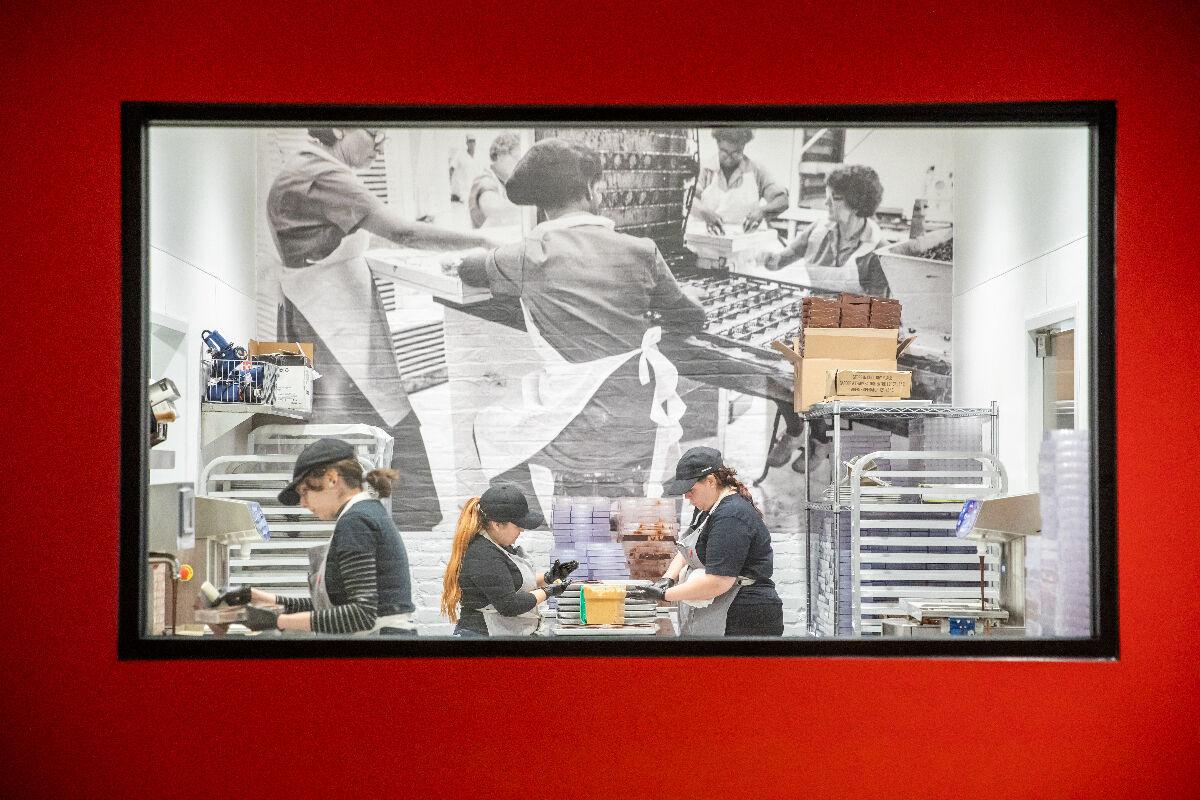 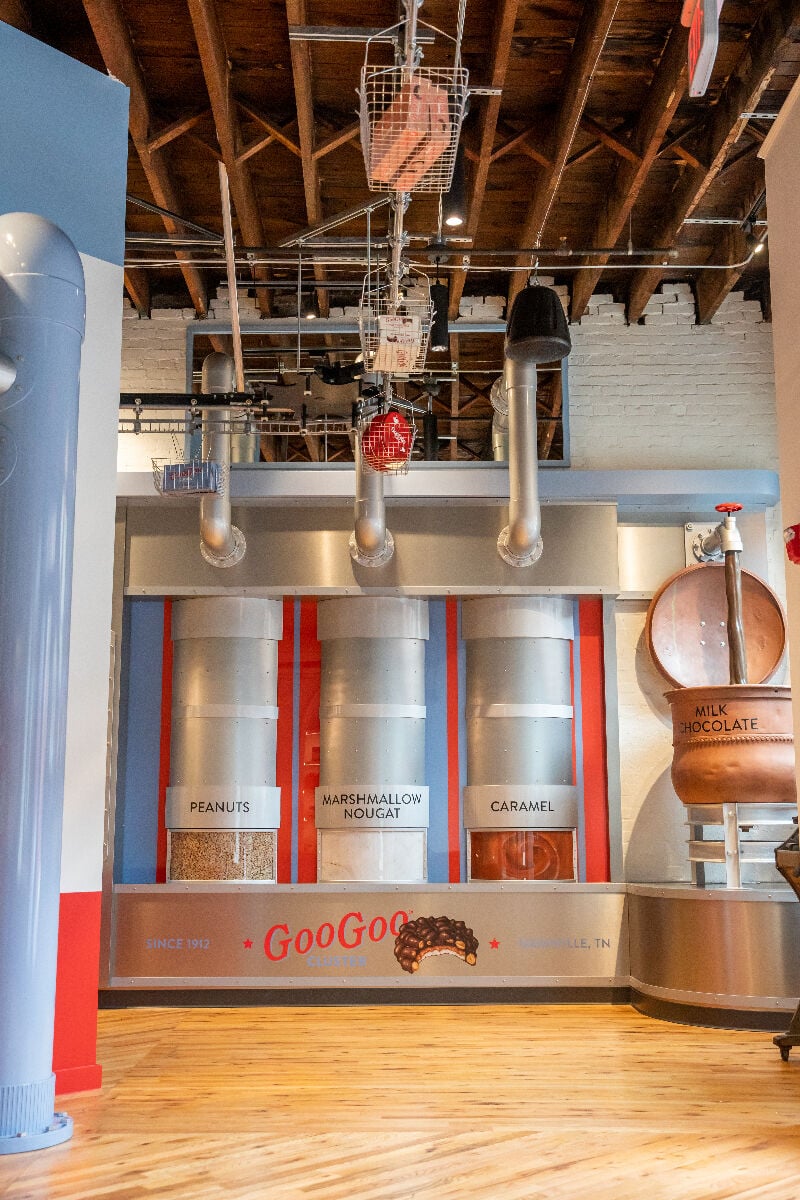 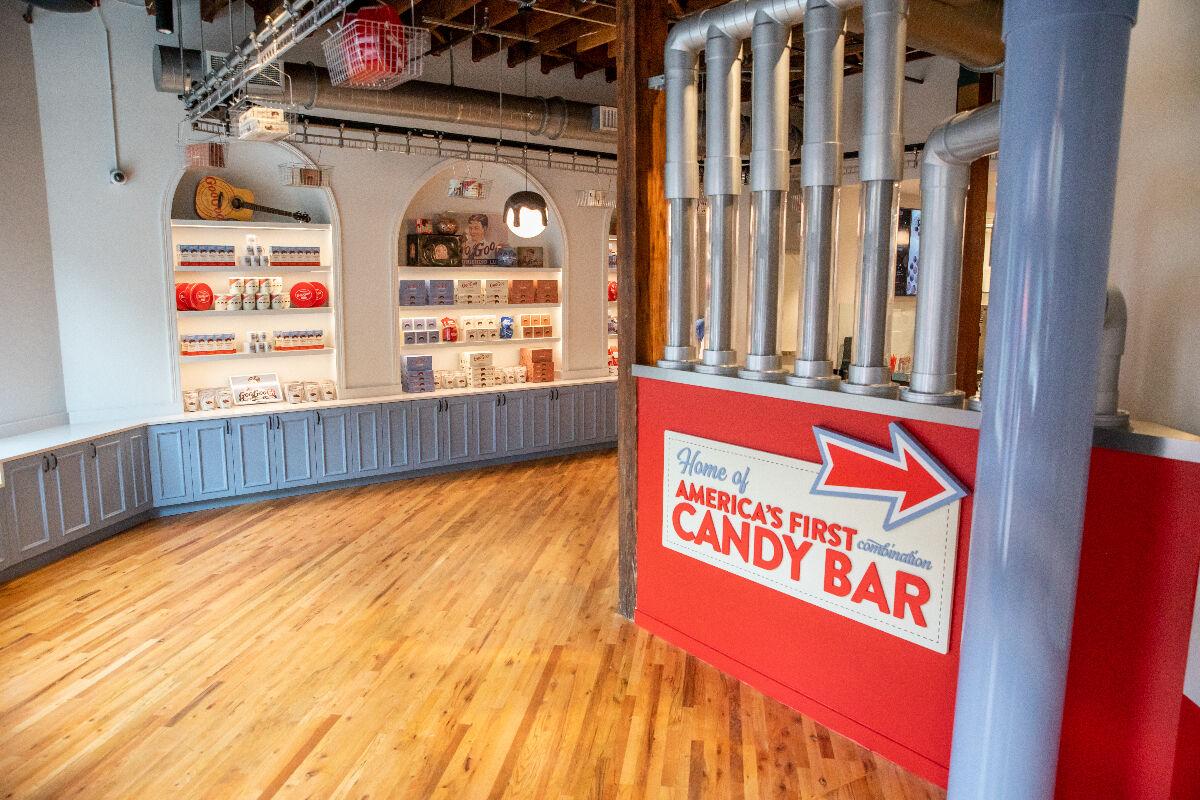 Earlier this year, our colleague William Williams shared the news that the popular Goo Goo Shop was closing for a few months to undergo extensive remodeling. He noted that, according to Goo Goo, the shop would be open by Labor Day weekend ... which proved to be true, if we're talking Labor Day 2022. With supply chains, labor markets, inspections and all being as they are, it’s pretty darned impressive that the Goo Goo folks were only a couple months past their deadline when the shop officially reopened to the public on Friday, Nov. 5.

It was totally worth the wait, as the $2 million project represents a complete remodel of the shop, including some structural elements that won’t be apparent to guests but were critical nonetheless, considering the age of the venerable building at 116 Third Ave. S. (Especially because the foundation is under constant bombardment from the music pumping nearby at the FGL House and Kid Rock’s.)

The front-door pulls look like a bronze Goo Goo Premium — the attention to the theme and the history of the company is readily apparent. I took a tour with Laurie Spradley, vice president of operations and brand development at Goo Goo Cluster. “We decided to really lean into the details,'' she told me.

If you ever visited the previous iteration of the store, pretty much the only thing you might recognize in the revamped space is the bright-red Goo Goo logo on white tile behind the serving counter. The previous country-store vibe has been replaced by a whimsical Wonka-esque ambiance. A repurposed dry cleaner conveyor rack circles the ceiling, carrying baskets of Goo Goo products. The walls are covered with interactive knobs to pull, wheels to spin and buttons to press. None of them actually do anything, but they ooze whimsy.

The shop is no longer selling single products, and most of the merch is tucked away in a corner of the store with a few multi-packs of Goo Goos and a limited apparel selection. Instead, guests are steered to four high-tech kiosks that allow visitors to design their own premium Goo Goos by flipping through screens to select fillings, toppings and other add-ons. Pay at the kiosk, and the talented kitchen team will get to work making your creation a reality in the kitchen. Spradley said the wait is usually only about five minutes.

While you wait, you can explore exhibits that share the history and cultural significance of the venerable Goo Goo, the first combination candy bar, years before Snickers came around. A large TV runs a loop of old Grand Ole Opry clips and more modern cultural placements of Goo Goos in shows like Chrisley Knows Best and Ozzy & Jack’s World Detour, during which Ozzy Osbourne learns how to make his own Goo Goo while saying things I never could quite decipher.

For groups who want to re-create Ozzy’s experience, the back third of the new shop has been converted into a dedicated classroom space where hands-on classes will take place throughout the week. I’ve taken that class and can attest that it’s a whole lot of fun!

While the number of baked goods has been trimmed a bit in the new configuration, Goo Goo will still offer brownies and blondies along with milkshakes that can (and should) be torqued up with the addition of some local spirits to make a boozy version. Spradley described the new gestalt of the shop as “experience over merchandise,” and it seems like they have successfully achieved their aim. Of course, like any great attraction, you do exit through the gift shop, so grab a few three-packs or one of their specialty premium bars for the road on your way out. As the Opry stars sang for decades, “Go get a Goo Goo, it’s good!”