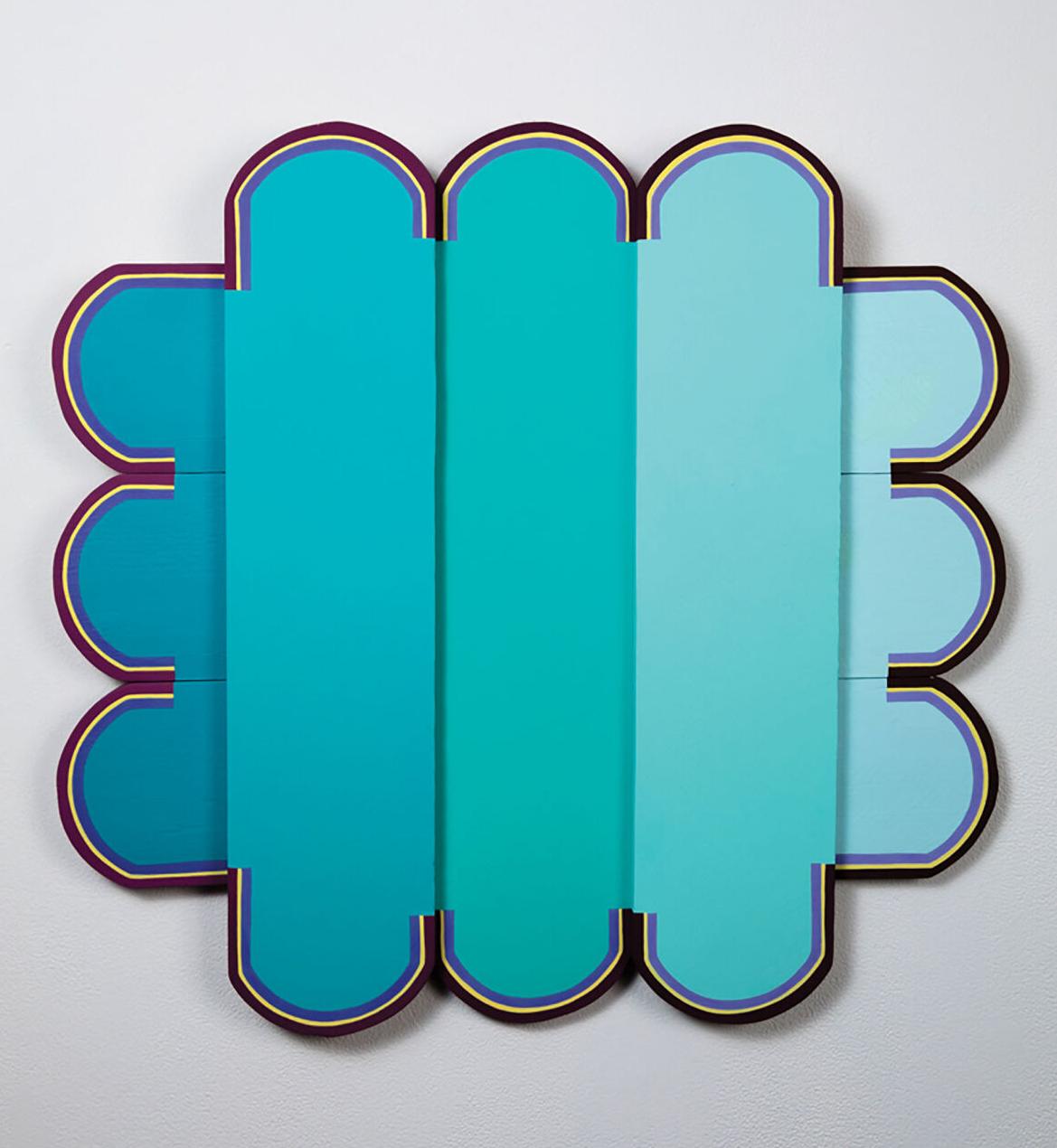 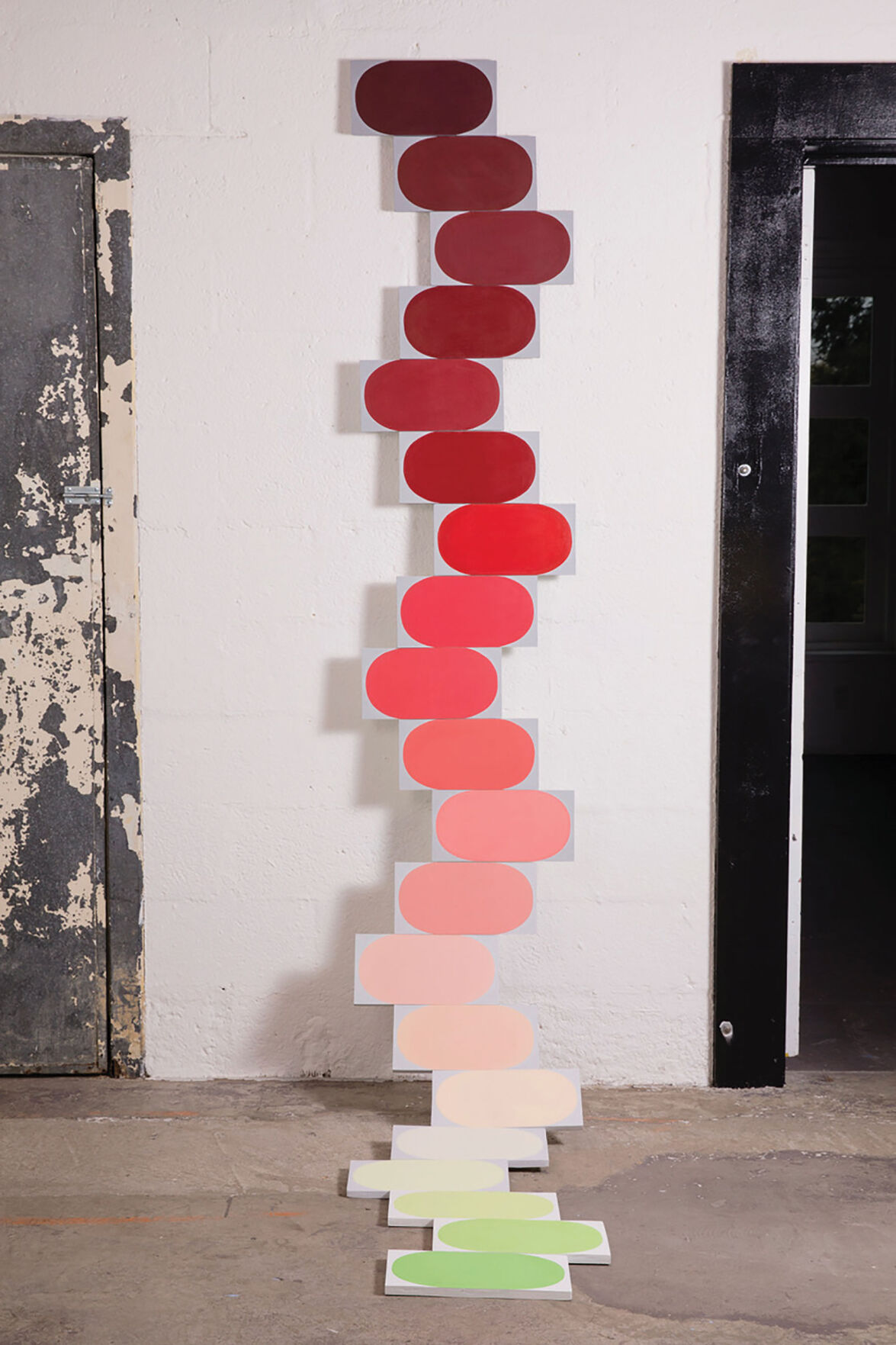 In a city full of dynamic exhibition spaces, it’s reductive to call just one of them the best. But if I were making a list of must-see local art spaces, Channel to Channel would be at the top. It’s sad, then, that Channel to Channel’s current exhibition by painter Kayla Rumpp will be its last in Nashville — the gallery has relocated from The Packing Plant to a new space in Chattanooga.

By appointment Through Dec. 27 at Channel to Channel,

Channel to Channel began as founder Dustin Hedrick’s painting studio in the May Hosiery Mill building back in 2011. The gallery’s run of shows helped define and cement Wedgewood-Houston’s rise to the center of the city’s contemporary art scene in the 2010s. Rumpp’s signature sculpture-paintings are emblematic of the gallery’s excellent abstract painting and sculpture programming, and it’s a great example of the kind of display that embraces both mediums at once.

Soma is the psychoactive ritual beverage that’s described as an extraction from an unknown plant in the Vedic tradition. It’s also the name of the happy pill in Aldous Huxley’s dystopian novel Brave New World. Somewhere between stoned immaculate and psycho-pharmacalogical enslavement, we find Rumpp’s exquisitely smooth chromatic surfaces decorating shapely constructions of wood and polyurethane board. The pure formalism of Rumpp’s Soma exhibition is thrilling, and the artist’s provocative pushing and pulling in the Venn overlap between sculpture and painting is precisely balanced to delight. Rumpp is currently in an MFA program at the University of Iowa, but she earned her undergraduate degree and a master’s in art education at the University of Tennessee. As Channel to Channel’s final artist at The Packing Plant, Rumpp reminds us that one of the gallery’s key accomplishments has been its facilitating of creative cross-pollination between Nashville and Marble City.

“Fina” is roughly 2 feet square, and it’s shaped like a cartoon cloud. Rumpp decorates it minimally with a pink outline framing successive vertical stripes of blue ranging from midnight to powder, reading the work from left to right. “Echelon” offers up just the opposite — a square picture plane with a squiggly shape cut from the center, which leaves a cartoonish hole where the art used to be. The hole is outlined in lavender against a background of Joker purple. Hedrick has always had an eye for artists who make intelligent, insightful work that’s also — crucially — formally engaging. I’ve described other exhibitions in the space as examples of “smart fun,” and Rumpp’s work is typical of Channel to Channel’s programming of contemporary art that’s as eye-catching as it is affecting and thought-provoking.

“Gynoid” is the most sculptural piece in the show. This collection of painted wooden slats leans in a corner of the gallery, forming a dress-like shape radiating from a cinched waistline. The title refers to the layer of fat at the hips, and Rumpp gives viewers a hard linear masculine form to evoke voluptuous femininity. It’s a sleek sculpture, but it’s speaking sexy messages to those with the ears to hear it. “Xenia” is another ingenious exploration of the mushy border between painting and sculpture. Here, Rumpp treats viewers to a colorful range of painted rectangles that are stacked to create a totemic form. The individual rectangles speak to the expectations of traditional painting on four-cornered canvases or panels, but simply by stacking these together, Rumpp completely recontextualizes them into a sculptural space.

Soma calls to mind both entheogenic liberation and chemical control. Painting and sculpture aren’t set at such divergent extremes, but there’s a whole spectrum of expression between image-making and object-making. Rumpp reminds us of the materiality of paintings, but also of the imagistic possibilities in sculpture. Her work highlights the way space — and its absence — are articulated in both mediums through textures and tones, and she manages to center all of this heady and heavy stuff while utilizing candy colors and cartoon aesthetics.

See Soma before Channel to Channel closes its last Nashville show — the exhibition will be available for viewing by appointment through Dec. 27.