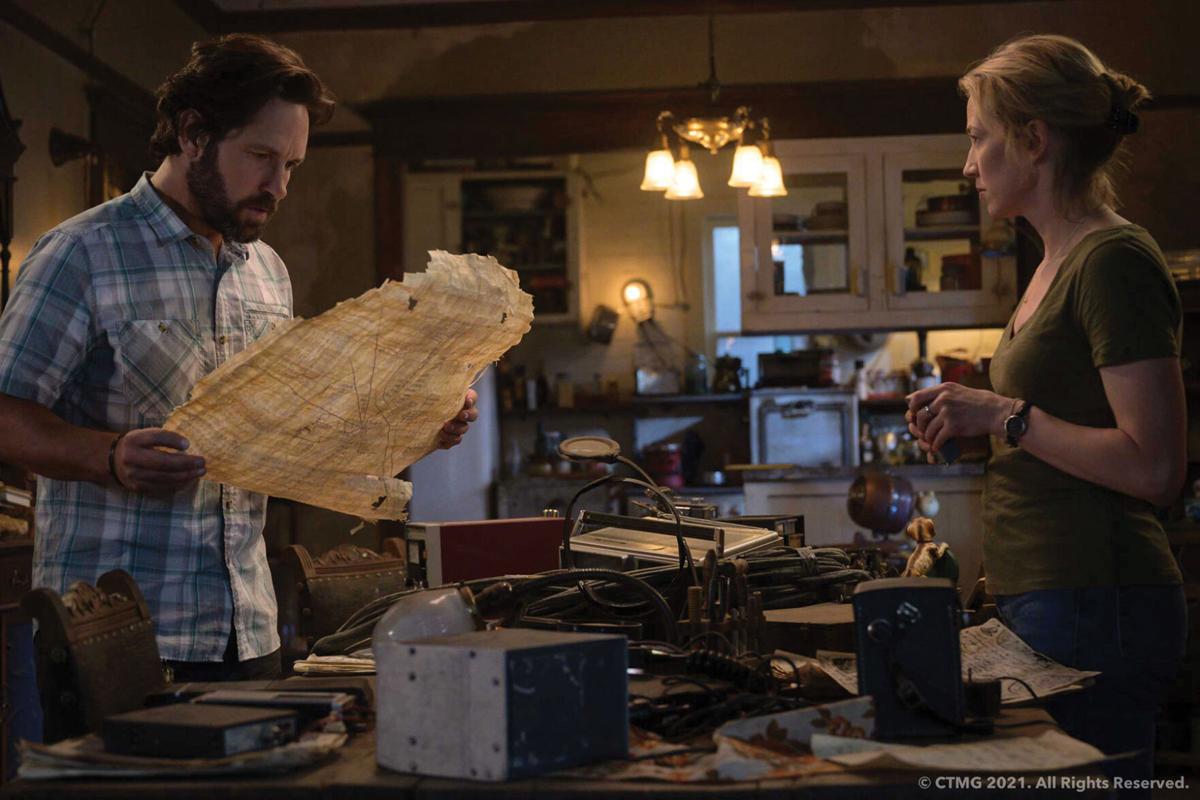 Below are my thoughts on a couple of titles now available to stream — along with one you’ll have to trek out to theaters to catch. As always, look back at past issues of the Scene for more recommendations.

Watching Mayor Pete is a journey. It’s a  typical political propaganda piece (we get documentaries/fundraising motivators like this all the time) enlivened by the fact that its subject is one of the highest-profile LGBTQ people in American politics — as opposed to Kyrsten Sinema, who is the highest-profile LGBTQ stunt queen in terms of selling out, betraying everything she once stood for and embodying all the worst stereotypes about bisexuals on a national scale. What sticks in your head from this Pete Buttigieg doc is the portrait of a gay man who lived a Melissa Manchester song from a very early age, keeping it inside, learning how to hide his feelings and becoming a model American son. (For a great exploration of this mentality in a fictional context, Michael Fassbender’s David/Walter in Prometheus and Alien: Covenant are essential.) My initial rage at this film — both for how America makes its queer children conceal themselves and for how filmmaker Jesse Moss doesn’t delve into some of the more difficult questions of Buttigieg (his work at consultancy firm McKinsey never comes up) — has receded over the intervening couple of weeks, leaving a numbness. It’s like everything else these days, where the fire of the initial response becomes the faint scar of whatever. The film does depict the stranglehold the donor class has over domestic legislation, and you could make a drinking game for every time someone begs Buttigieg to be more passionate. But it’s hard to feel strongly one way or the other, especially when its depictions of the run-up to the 2020 election ultimately just don’t matter. We’ve still got the filibusters, the treading water, the maddening stasis and ongoing congressional stalemate. But you do get to see something normally kept hidden from the eyes of straight people, and that’s two gay men having carbs. Also, drag potatoes are something that needs to happen regularly.

In Search of Darkness II on Shudder

In the followup to the 2019 documentary In Search of Darkness, this ramshackle survey of ’80s horror cinema smooths the operation. In Search of Darkness II broadens the panel of contributors and includes some genuinely weird titles — and that one guy from the first one is nowhere to be found — serving up 263 minutes of horror history. It’s still a weird concept, but one that sustains itself decently enough (and Part III is surely on its way). There’s no thesis at all, nor is there any sort of objective other than to point out the breadth and expansive possibilities of horror films in the 1980s. There’s a certain paradoxical vibe animating it all: This could be a great Whitman’s Sampler of the myriad terrors operating during that decade for anyone looking to get a cursory introduction to the genre and its era, but it so freely utilizes iconic scenes, plot points and kills that it spoils the experience for anyone who doesn’t already know these works and the magic they wield. Also, it’s almost four-and-a-half hours long, and there are many adjectives one can use in reference to that, but “cursory” is not one of them. It’s pleasant and diverting enough for anyone who loves and appreciates the genre, but it’s not the overview it probably was initially meant to be.

This was always going to be interesting — I’ve read the entire continuum of responses to Ghostbusters: Afterlife, from “this is a big hug that provides temporary reassurance to nerves frazzled by the past 40 years” to “this is a panoply of necrophilia,” and that is truly a wide expanse of opinion. I like the 1984 original and the 2016 reworking just fine, and I recall having a good time watching the 1989 sequel the first time around with family and then at some point in the Aughts with friends, though that one just isn’t a perennial rewatch. Afterlife is a legacy sequel, which means there’s a semi-spoken reverence to the original film as a sacred text — even more so the assorted devices and Elmer Bernstein music cues, which are afforded a solemnity like a leather enthusiast donning their very first harness.

Say what you will about the politics and ideology of the inciting film (the Ghostbusters exploit Janine and Winston financially, and you can draw a through line from the movie’s raucous Reaganomics to today’s shredded and ineffectual EPA, which makes the final post-credits scene all the more staggering). But the overarching ethos was that everything is a foundation for a laugh. And while there are a few laughs strewn throughout this new installment, the tone skews far more toward strained awe than the comic anarchy of its progenitor. The vibe is very much nostalgia for a memory rather than an evocation for anything concrete. When the youths watch a YouTube video of the old Ghostbusters ad from 1984, even digitized for streaming, its filmic grain shines through, feeling more real than the entire film around it. It’s the anchor for all that which is Ghostbuster, and it occupies tenuous space in the narrative.

For a significant amount of its runtime, Afterlife is about confronting the legacy of absent dads. In this case, the absent dad is Ghostbuster and scientist Egon Spengler (the late Harold Ramis), whose silent death at the beginning compels his estranged daughter (Carrie Coon, because why not) and her two kids (a son played by Stranger Things’ Finn Wolfhard, who makes very little impression, and an amateur-scientist daughter displaying some autistic tendencies played by McKenna Grace, who should absolutely play young Madonna in the artist’s forthcoming biopic). The family decamps to a conception of rural Oklahoma (played by Alberta, Canada) to reclaim Egon’s ramshackle home and farmhouse. Yes, the film is also a reckoning with the influence of the original film, though the effort that gets made — because this is a Hollywood film, despite the Canadian creatives in the driver’s seat of the first one — is to open up the clubhouse to girls rather than to find a way to address the toxic possessive disorder that started all that shit about the reboot on the internet back in 2016.

Paul Rudd is around, as a seismologist with quality amounts of curiosity and low-level horny charm. He delivers exposition in a way that seems both enthusiastic and unobtrusive, and he’s doing his best — he also delivers one moment that completely short-circuits the film’s spell with an unexpected sprawl. Grace makes the best impression, finding the character moments in a role equal parts star and cipher. But honestly, as exhaustingly pleasant and inessential and loud and ultimately constrained as the film ultimately shakes out, I wondered why it all felt so empty. And why the whole thing only came alive during the polymorphous horrors of the mini Stay Puft Marshmallow folk. (The original was truly an enby icon, and this film delights in the little ones’ destruction.) And where was the iconic Slavitza Jovan?