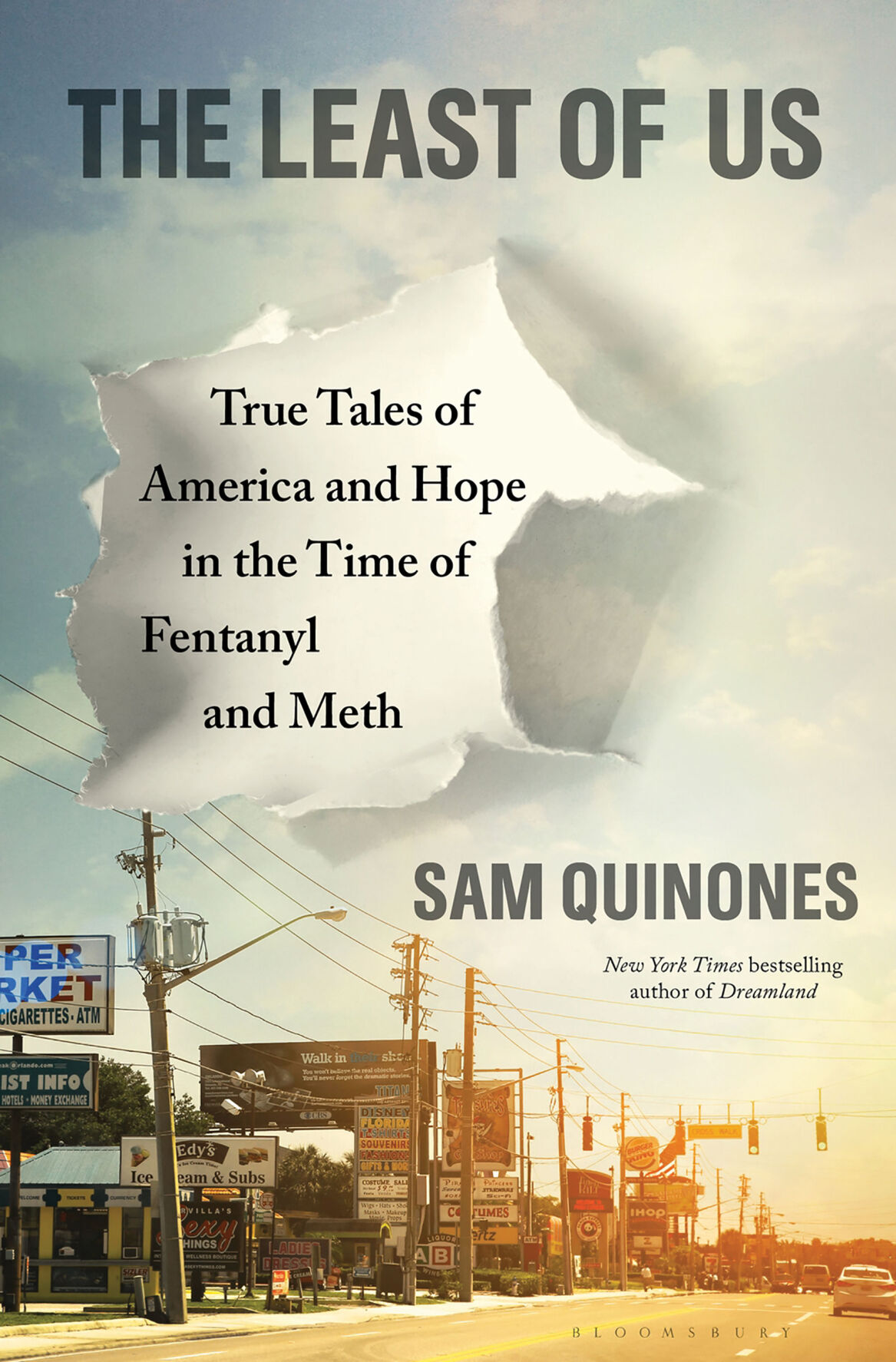 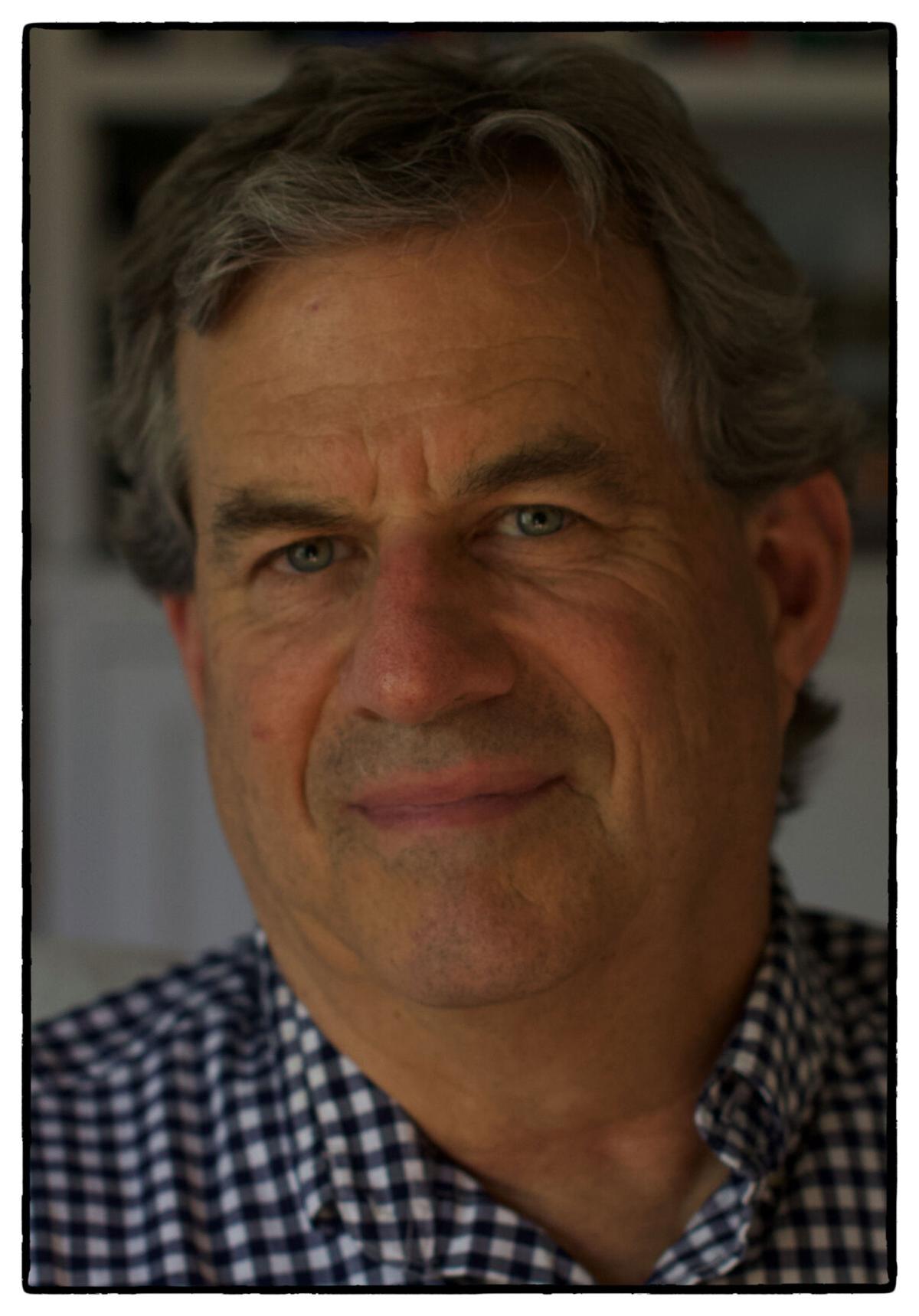 Journalist Sam Quinones’ 2015 book Dreamland: The True Tale of America’s Opiate Epidemic laid bare how enterprising Mexican drug dealers and greedy pharmaceutical companies converged with the economic decline of American towns to create what is perhaps the most staggering tragedy of our time. In that book, he shows how companies like Purdue Pharma created generations of addicts and a demand for drugs unlike anything the country had ever seen. In his new book, The Least of Us: True Tales of America and Hope in the Time of Fentanyl and Meth, Quinones finds that traffickers and dealers have filled that need with synthetic fentanyl — a substance far more dangerous and deadly than heroin — and a new, cheaper form of crystal meth that causes a shockingly steep deterioration of users’ mental health. Quinones describes this as “a time when drug traffickers act like corporations and corporations like drug traffickers,” and this book is nearly as harrowing as Dreamland. But there’s something more here: community, recovery and hope.

The Least of Us: True Tales of America and Hope in the Time of Fentanyl and Meth

Quinones will discuss The Least of Us: True Tales of America and Hope in the Time of Fentanyl and Meth 6:30 p.m. Friday, Nov. 5, at Parnassus Books. Register at parnassusbooks.net.

Neighbors band together to provide pepperoni rolls and shelter to the homeless meth addicts of Clarksburg, W. Va. A county drug court becomes a place where addicts at last find and use the tools of recovery. A man who hasn’t left his Muncie, Ind., neighborhood for decades keeps a community center running long after the city closes it. A sheriff employs a recovering addict whom everyone in town deems hopeless.

Can these small acts save us? Quinones — a visiting writer-in-residence in the Medicine, Health, and Society department at Vanderbilt University — makes a moving case for our survival. He answered questions via email.

Briefly, can you describe for our readers how fentanyl came to dominate street drugs?

After Mexican traffickers figured out we were busy creating a big new population of opioid addicts with wanton prescribing of narcotic pain pills, it was only a matter of time before they discovered “synthetic heroin” — fentanyl. How that first happened is the story I tell early in the book. But fentanyl made business sense from the point of view of dealers/traffickers. You don’t need land to produce it, or seasons, no weather or irrigation, no farmers. You collapse the supply chain, reduce supply chain costs, and it’s easier to smuggle because it’s so potent and, of course, so immensely profitable. Fentanyl, cheap and made year-round in such quantities, has outcompeted heroin, which is fading and likely won’t exist in a few years in the U.S.

Because it’s so plentiful, fentanyl is used by dealers like salt on food — it’s a cheap way of boosting whatever else you’re selling, like coke or meth or heroin. It’s also a way of creating an opioid addict from a customer who occasionally bought coke or meth from you. Once addicted to fentanyl, she has to buy every day to keep the dope sickness away. So it makes business sense from a street-dealing perspective to add fentanyl to everything.

These towns are also characters in a way. They have narrative arcs of their own. Together they create a portrait of America that is nuanced and pluralistic — but also united in struggle. What surprised you when reporting and researching this book?

Yes, towns and neighborhoods can amount to character. What I suppose surprised me was that much more unites us than divides us. It sounds so trite, I know. But so does the idea that we need to return to community rebuilding and repair as a defense against drug addiction. Trite doesn’t mean it’s not true. If we’re willing to look beyond cable TV news (which we do not have in our house) and social media, QAnon and cancel culture, and all the rest, we’ll see it. Generally, if we’re willing to meet each other in more personal ways, we’ll find the things that we have in common — common sense, for one.

Connected to that is the surprising idea that Americans are daily involved in the kind of unnoticed work — small steps, non-sexy daily work — that can be a bulwark against the worst forces out there.

That’s why I set out in The Least of Us to find these stories — of Americans in the quietest ways involved in community repair, of looking out for the most vulnerable, for the least of us. Not to give a prescription for how counties might battle these scourges we face, but rather to suggest an attitude — a DIY, don’t-ask-for-permission-or-credit, just-do-the-work attitude. I was very into punk rock in my younger years, promoted punk shows, etc. Those attitudes are what I admired about the music, and they certainly shaped my journalism career. So you could say that what surprised me most about America at its roots is, despite how corporatized our culture has become, how punk rock it still can be.

The Least of Us describes doctors over-prescribing OxyContin here in Tennessee. I was surprised to learn that, for several years, our state tallied more opioid prescriptions every year than it had people. What made Tennessee a target of Purdue Pharma and drug traffickers?

Part of it is that the companies identified regions where doctors already prescribed a lot, then targeted those doctors. They had that data. That’s why Appalachia and the Rust Belt were where this started. Folks were already turning to doctors for help with economic as well as physical pain. Plus, turns out that the longer you keep folks on pain pills at the outset, the greater chance they’ll be on those pills five years later — the companies had that data too. These companies, Purdue especially, flooded these zones — Tennessee among them — with salespeople, inundating doctors.

As the idea was accepted that narcotic painkillers, derived from the opium poppy, were nonaddictive for pain patients, of course the scourge spread to better-off areas, suburbs and big cities, because doctors there too began prescribing these pills in ever-growing numbers. To Nashville and Knoxville, etc. So Tennessee had both sides — rural and urban.

Then, too, there was just the feeling for so long that opioids were good for almost anything. Some doctors grew lazy — reaching for narcotic painkillers regardless of the patient’s problem. I just met a woman in East Tennessee who’s been addicted to opioids for 20 years, with horrific consequences. All that began, she says, with a prescription for Vicodin that a doctor gave her for a foot rash — an itch, in other words. Unbelievable.

Finally, though, once you forge a consumer base of people addicted and going to the street for their drugs, the trafficking world will figure it out. In Dreamland, I wrote about a town in Mexico where young men came to the U.S. to sell black-tar heroin like pizza, with their own delivery service. They landed in Nashville and Memphis early on, in the early 2000s as prescriptions for pain pills were exploding. They were the first to see the coming market for heroin that wanton prescribing of pain pills would create — that was 20-plus years ago.

The Least of Us also gives us reason to feel hopeful. Tell us about that.

We got into this horrid problem by believing in one Magic Answer to the complicated problem of pain: one pill for everyone. It created havoc we’re still living with. We need to get away from the narcotic of one silver bullet to all our problems.

Yet when you get down to the ground, you find Americans doing great work — it’s just quiet, not sexy, no silver-bullet answer. That’s where serious productive change takes place. Small steps, quiet daily work — that’s how we move forward. That’s how community is repaired — by people being out among their fellow Americans, not worried that they’re not saving the world. That’s why I set out to tell those stories in The Least of Us and why I’m feeling hopeful.

Also, the opioid epidemic is calling us to reexamine how we live and the consumer choices we make. It’s showing us, for one, that we all need to be accountable for our own wellness — that what we eat, how much exercise we get is crucial. It’ll keep us from demanding miracle cures to all our pain from doctors in the form of pills.

It’s showing us we need to be among others. Neuroscience, which I get into in the book, is illuminating so much. Helping us understand that our isolation is deadly — we’re feeling that now with the pandemic. That we all have the brain chemistry to become addicted. We all can be that addict eating from the trash. Most of us have been addicted to something or another, legal or not: nicotine, alcohol, sugar, shopping, gambling, social media, meth, heroin.

After years of research, that’s what I’m left with. That the lessons of the epidemic, the pandemic and neuroscience are all the same and hopeful if we’ll learn them: that we’re strongest in community, as weak as the most vulnerable, and the least of us lie within us all.