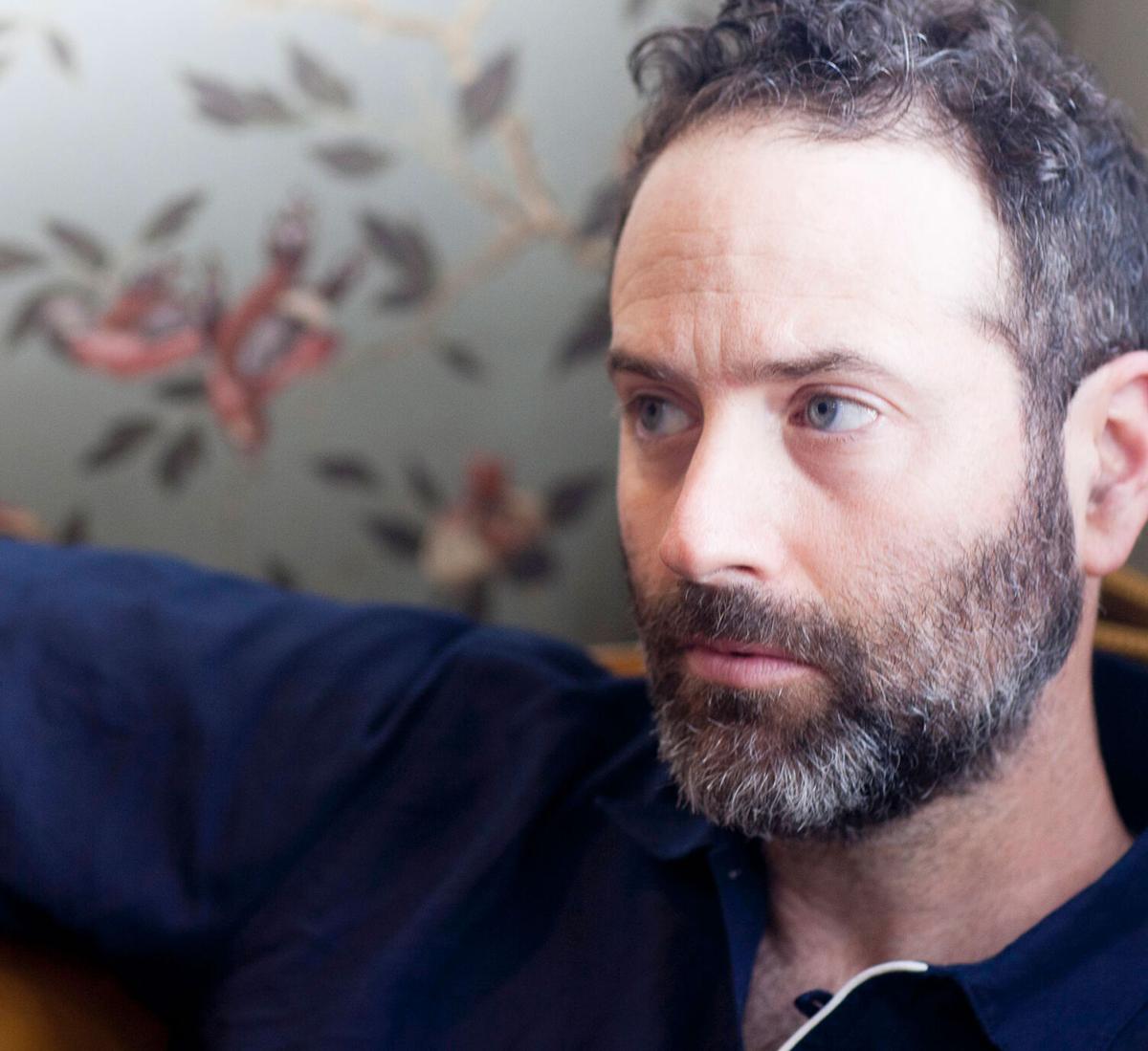 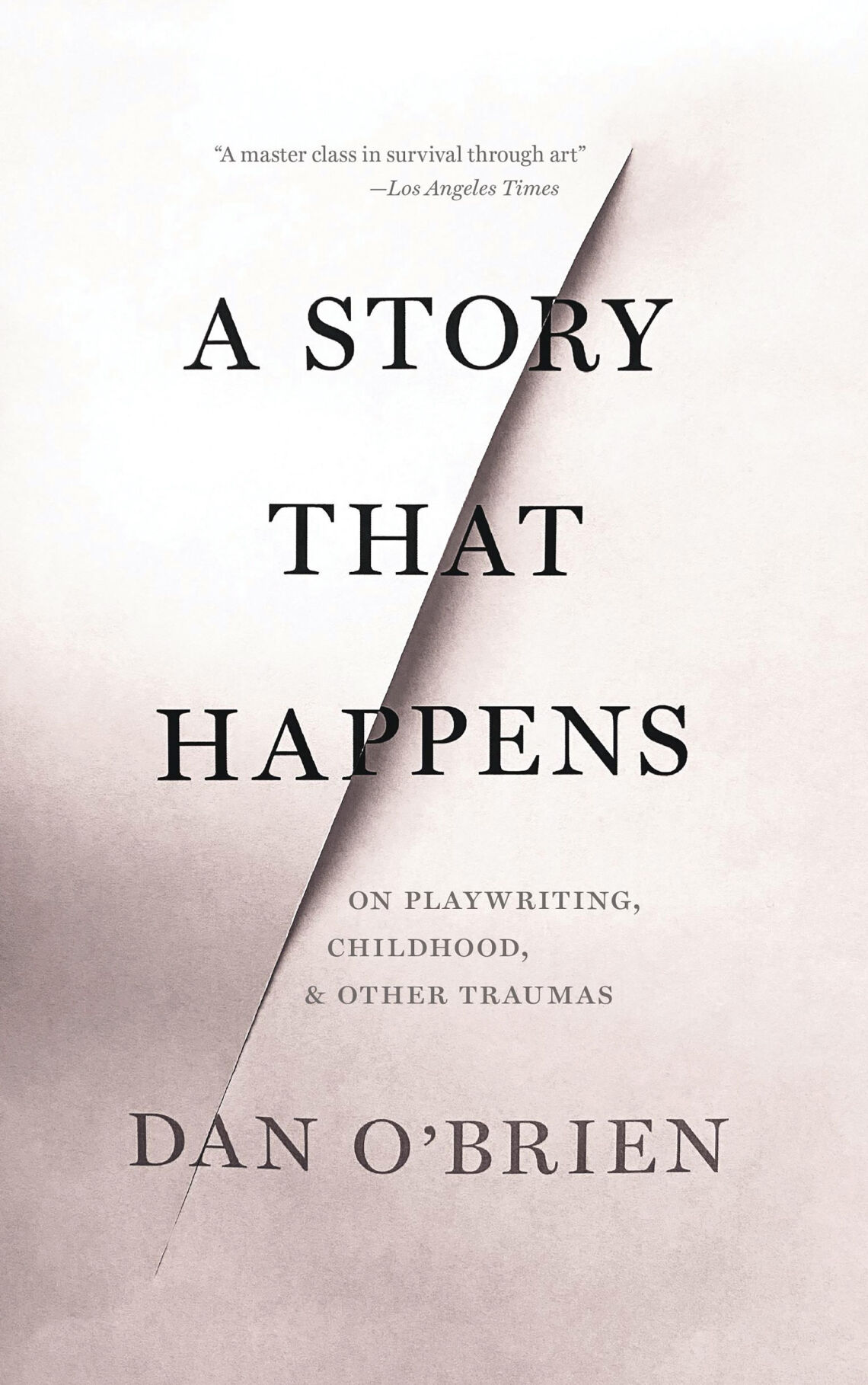 Dan O’Brien, who has served on the faculty of the Sewanee Writers’ Conference for more than a decade, is an award-winning playwright and widely published poet, with a long list of honors that includes the 2018 PEN America Literary Award — Los Angeles in Drama (for The House in Scarsdale: A Memoir for the Stage) and the 2014 Horton Foote Prize for Outstanding New American Play (for The Body of an American).

2021 saw the publication of two books from O’Brien: a poetry collection, Our Cancers, and a book of essays, A Story That Happens, originally delivered as craft lectures at Sewanee. The essays weave observations on the art of playwriting with a deeply personal memoir shaped by the cancer diagnoses both O’Brien and his wife, actor and writer Jessica St. Clair, received six years ago. They also touch on his childhood and the experience of living and working in an era of global upheaval. O’Brien answered questions via email.

A Story That Happens: On Playwriting, Childhood, & Other Traumas

Your work as a poet and playwright grows out of trauma, but I wonder if you think of writing as personally cathartic or therapeutic — or is that an idea you reject?

Writing saved me as a child and helps me live now. I don’t believe that anything I write can erase the effects of trauma, but the act of writing is how I strive to find form and meaning — a story — in the chaos of trauma. This personal story will change and require revision, naturally, as long as I’m around. Perhaps readers and audiences who relate to my work feel a kind of solidarity as they reflect upon the challenges in their personal stories. I was drawn to writing in early adolescence because I happened upon writers who transgressed the taboo of their traumas to create poems, stories, plays that told the truth, and did so with eloquence and insight. These writers gave me strength and made me want to do what they did. I haven’t wavered in this aspiration since I was 12 years old.

In the essay “Surviving Conflict,” you write about the war reporter Paul Watson and his guilt over photographing the desecrated corpse of a U.S. soldier in Somalia. You say you worried that your cancer and your wife’s came as “retribution” for the transgression of writing about his transgression. Are there always spiritual stakes in writing?

That particular worry — that maybe I should not have written about the atrocities witnessed by Watson, or about the struggles of my childhood, for that matter — was related to the pressing question common to anybody in the midst of a catastrophe: “Why me?” During the six months of my wife’s breast cancer treatment, followed immediately by my own treatment for colon cancer, I was casting about for any reason why this double calamity should have befallen us. My questioning was a primal, even magical impulse.

In “Unspeakable: Speech Onstage,” you say you don’t envision your plays so much as overhear them, and later you note that drama is “first and foremost an auditory art.” Is staging ever critical to the meaning of a play?

Oh yes, staging and all elements of design and stagecraft are critical to how a play communicates. But these elements are largely beyond a playwright’s control. In any case a stage production is secondary to the script, in that actors and directors and designers must follow and interpret the creation of the playwright. … When I write I try to listen, and to imagine the shape and movement, if you will, of conflicts and relationships. I want to hear voices, in the nonhallucinatory sense (or the quasi-hallucinatory sense when I’m writing well). Voices are most intimate to me. If I accurately hear how a character speaks, then I know them in a way more profound than how they dress, how they carry themselves, etc. The voice is my key.

You write that in this moment of “intractable discord … we cannot afford to give up on the dream of being one another.” Can you say more about the value of imagining ourselves into very different lives?

Playwrights shouldn’t presume to write about everybody everywhere — this kind of hubris leads to appropriation, caricature, offense and worse. Yet one can’t write solely about oneself if the art form is to survive and flourish. Fundamental to the entire endeavor of theater-making is the elicitation and exercise of empathy: Actors pour themselves into roles, audiences into characters. By becoming someone else we encounter ourselves anew. The theater provides the opportunity to question one’s self and the perceived other. The questioning is what matters, especially if, like me, you value plays that interrogate rather than resolve complex issues.