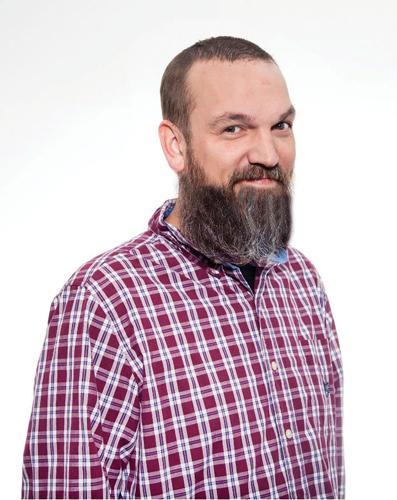 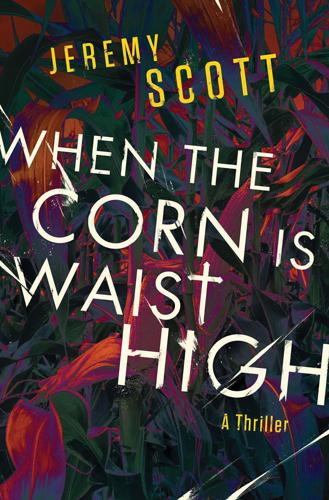 Jeremy Scott, author of The Ables novel series and co-creator of YouTube’s CinemaSins, returns with the propulsive and thrilling When the Corn Is Waist High.

Set in the 1980s in the small town of Crooked Creek, Ind., Scott’s novel opens with a murder. This might not seem like the most original of hooks, but Scott smartly constructs the opening to transform quickly into something much larger — and something quite sinister. The murder victim is 84-year-old Tina Hillary, and the stem of a white lily is sewn into her arm.

When the Corn Is Waist High doesn’t slow down from here. In fact, it gets all the more twisted, told with a rapid pace that leaves, thankfully, little room for catching one’s breath. Other murder victims appear with attached flowers, and the small town, with “only five people on the payroll at the Crooked Creek Police Department,” gets national attention for a serial killer who’s preying on the local residents: “The situation in Crooked Creek had reached maximum national interest. ‘The serial killer of Indiana’ was nightly national news, and everyone was scared across the entire mid-state.”

When the Corn Is Waist High

Scott, a Nashville writer and entertainer, tells his latest novel from the perspective of Father Solomon Lancaster, who is both the sheriff of Crooked Creek and the priest at Jerusalem Independent Catholic Church. This unique point of view allows the book to showcase the narrator’s deep complexities: “I began to worry that sooner or later, my obligations as a priest would be undone or superseded by my obligations as a sheriff. It was a conflict of interest I had always hoped to avoid. Foolish.” It also helps establish a closeness with the residents of the small town, as we hear their confessions and see their oftentimes eccentric behaviors.

Father Lancaster’s is a highly original voice, providing one of the book’s greatest strengths. He frequently curses, and just as often, narrates moments with wonderful doses of dry humor: “This was a bustling day for sinners, as I heard two whole confessions.”

While the book certainly belongs to Father Lancaster, the supporting characters help anchor the story to the setting, making the whole feel all the more real. For example, Harold McKee, a local amateur journalist, serves as a wannabe stirrer of gossip and a slight troublemaker that many readers from small towns will likely recognize. Katie McGuire, too, a local teen with a secret she wants kept, brings to life the true difficulties of living in a town where everyone knows everyone else’s story.

When the Corn Is Waist High is heavy on action — and suspense. It would be easy for the novel to tell its story and be done, but, especially in the second half, it sets out to give us more than just a clever whodunit. Scott opens the focus, and we see how the whole narrative has been meticulously working to dissect the very essence of trust — and to show how horrific it can be when we don’t know whom to trust.

As if the gruesome murders and shocking reveals aren’t enough, Scott gives us these few lines near the novel’s end: “The killings had left the town and the entire county better off. People were wary now, but also people here had grown closer to each other. They’d learned to count on one another, lean on one another, trust one another.” Now that’s horror.