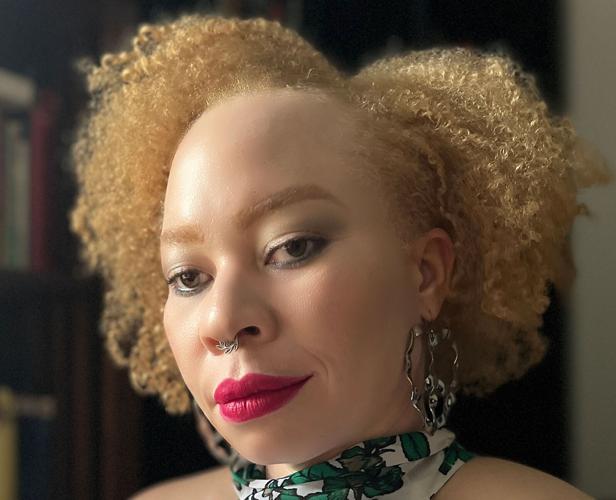 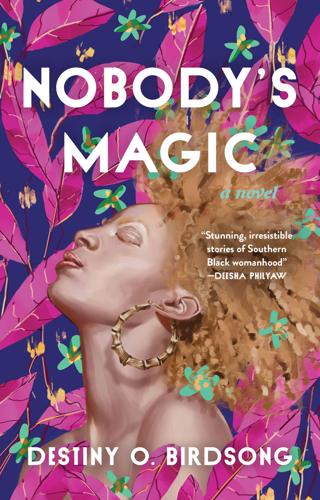 The morning after Agnes Cherie Kirkkendoll first spends the night with her new boyfriend Primus, he comes into the kitchen to announce unceremoniously, “I read up on you.” Agnes, one of three protagonists in Destiny O. Birdsong’s Nobody’s Magic, has reason to believe the police are after her and is afraid she’s been in the news. “What about?” she asks.

“That thing you have. You’re albino, right?”

While Agnes — whose Ph.D. in literature makes her Dr. Kirkkendoll — was cooking his meal, Primus had been on Google, finding out what made her skin so pale, particularly for a Black woman. The magic powers sounded cool, he tells her, especially seeing in the dark.

“We? Magic?” Agnes thinks to herself. She’s not magic. She is just a woman looking for a little self-respect in a world where extremely light skin means never quite fitting in racially. When she was a child, other Black children called her “KKK” because of the three k’s in her last name, a humiliation her “cinnamon-colored spitfire” sister Berniece never suffered. She doesn’t bother to tell Primus the label offends her, that she is not “albino” but a “person with albinism.”

Described by its publisher as a triptych novel, Nobody’s Magic is three novella-length stories, linked thematically by albinism and the protagonists’ desire to live life on their own terms. Like Agnes in the story titled “Mind the Prompt,” each is young, smart and attuned to the power plays of those around her.

In “Drive,” an only child named Suzette feels smothered by her controlling father and the overprotective love of both parents and her best friend Drina. Homeschooled since age 7 after a classmate’s family threatened her with voodoo because of her albinism, she is, at 20, still rarely allowed to leave the house. She can’t drive a car, both because no one has taught her and because she needs special glasses her father won’t get her. She’s never had a job or dated, but when both a paid position doing work she loves and Doni — a young auto detailer in her father’s body shop — come into her life, she finds a way to renegotiate her situation.

Meanwhile, in “Bottled Water,” Maple has a complicated relationship with her mother Brenda May, who gave birth to her at not-quite-15 and named her for the syrup her own mother wouldn’t let her have, “because sometimes you gotta name your own sweetness.” When Brenda May is killed in a drive-by shooting, Maple locks herself in a motel room to cope with the loss of her best friend.

Birdsong’s work has appeared in literary publications including Paris Review’s The Daily, African American Review and Catapult — as well as in the Nashville Scene. She is the author of Negotiations, a book of poetry long-listed for the 2021 PEN/Voelcker Award. She has also won the Academy of American Poets Prize. Originally from Louisiana, she holds both a Ph.D. and an MFA from Vanderbilt and lives in Nashville.

In a note in the back of Nobody’s Magic, Birdsong, who has albinism, dedicates the book to “every person with albinism on the globe, in sometimes-precarious states of acceptance, love, and safety.” She hopes they will “see the possibility to be beheld in nuanced ways.” The dedication seems suited to Birdsong’s characters. Though each clear-eyed, complex protagonist has albinism and hails from Shreveport, La., they are otherwise not at all alike. If we could enter fictional space and move Suzette, Maple and Agnes into the same room at the same time, they might not have much in common. Suzette would probably talk about hair and the collection of Coach bags her daddy has bought her, while Maple would grieve for her mom and Agnes would talk about the stultifying, low-paid work available to those with a Ph.D. and no tenure-track university job. Despite these differences, I found myself relating to each.

The minor characters are unique too. Every single person in this book has an understandable — though not always laudable — desire. In “Drive,” Suzette’s father is controlling because he is afraid for his little girl, even though she is now an adult. In “Mind the Prompt,” Primus wants to settle down with “the One,” and Berniece wants to transcend family and cultural difficulties by moving up the social ladder through marriage. Even when, like Agnes, the characters mess up, we’re right there with them, understanding their motivation. Birdsong’s prose sings with a poet’s sensibility, so each story is carried along with pitch-perfect rhythm and nuanced understanding of human foibles. In the end, Agnes, Suzette and Maple are true to themselves, stepping into their own power and defying predictable solutions.