The Route: North from the intersection of Long Hollow Pike and Main Street/Dickerson Pike, east on Cedar, then left on Church, left on Depot and left on Main to the beginning. 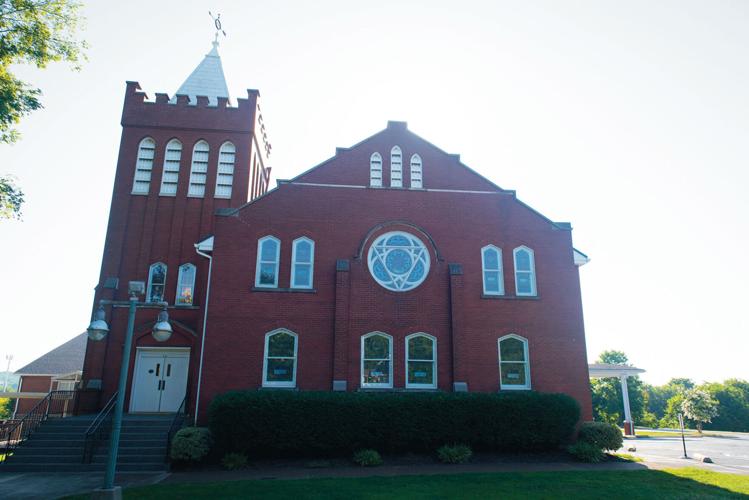 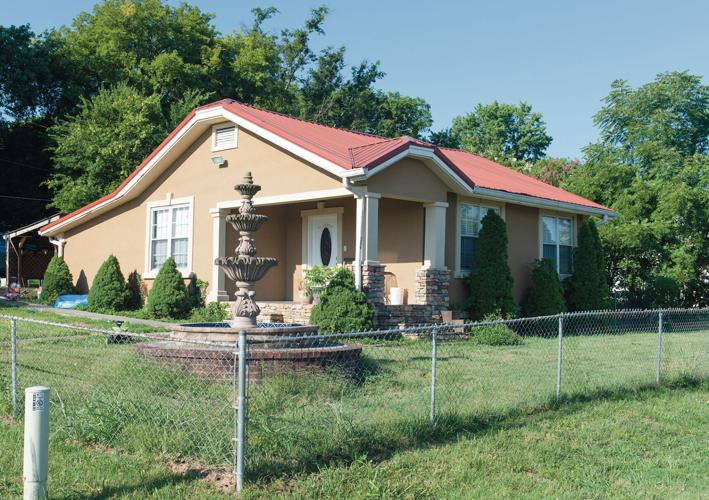 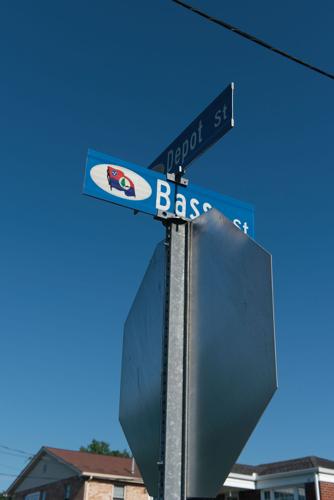 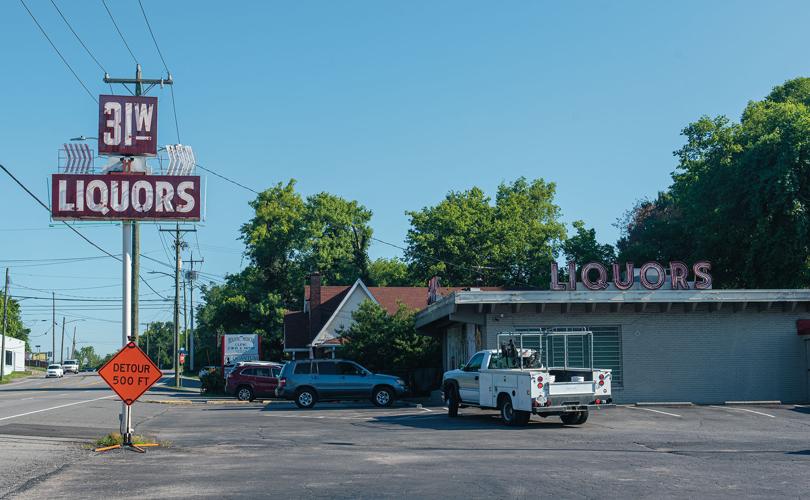 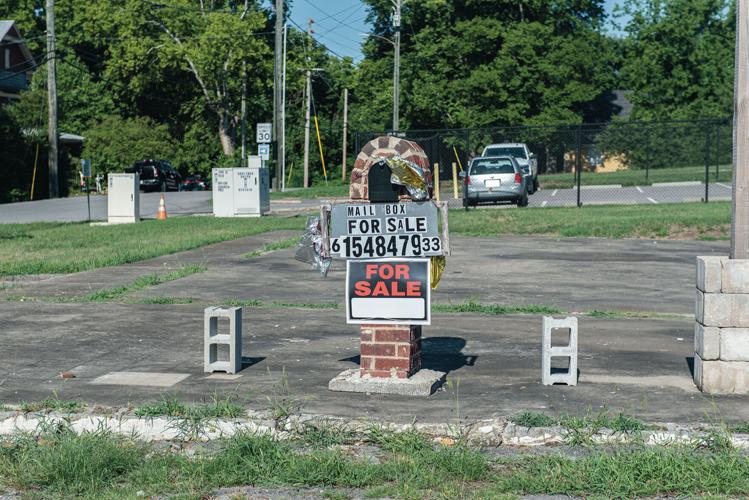 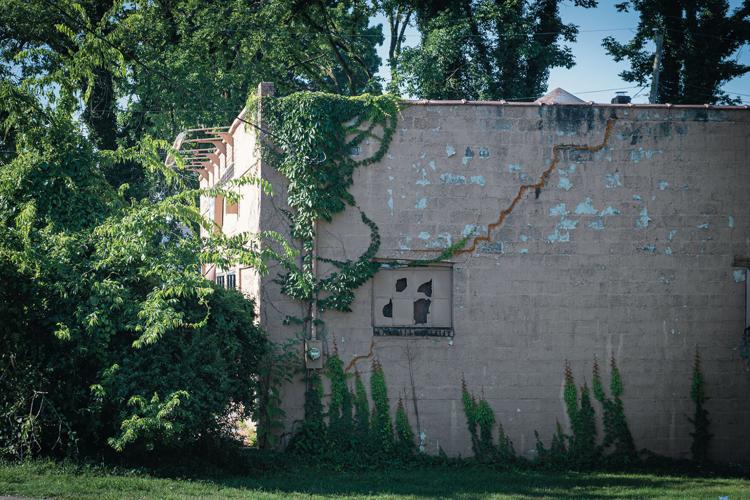 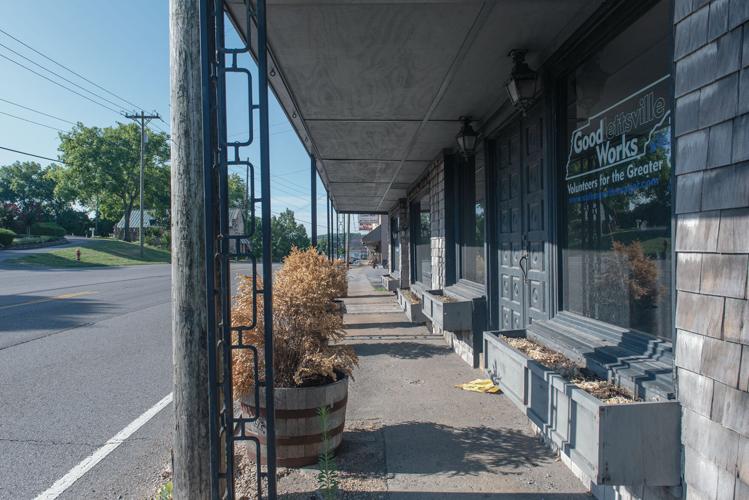 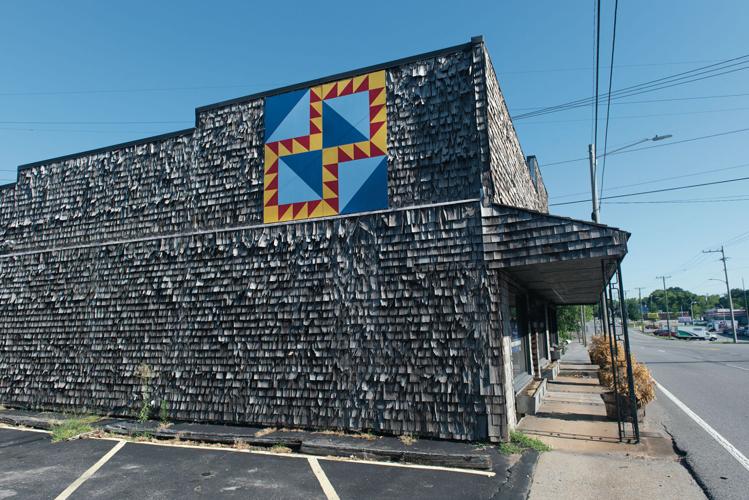 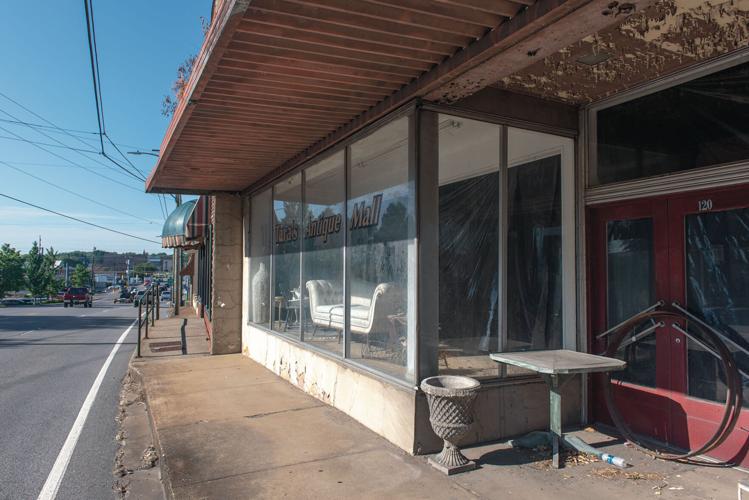 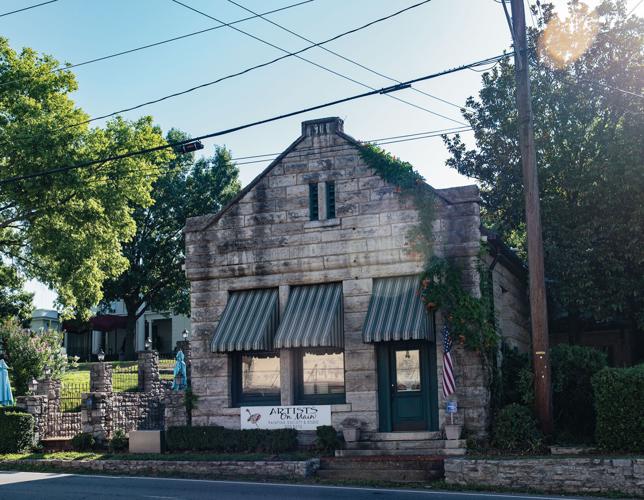 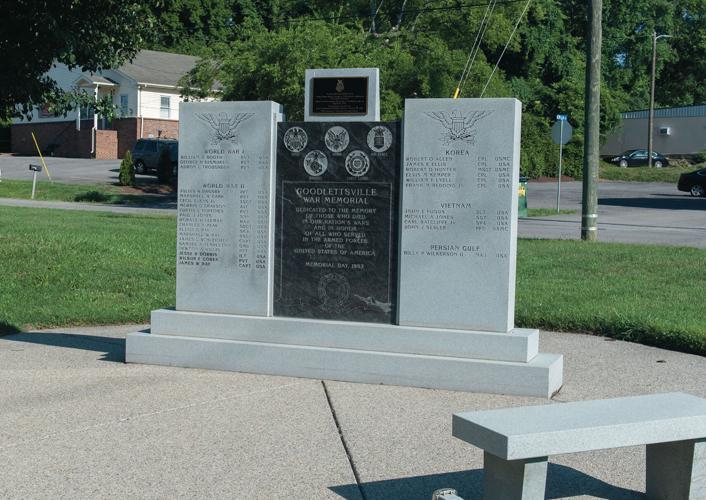 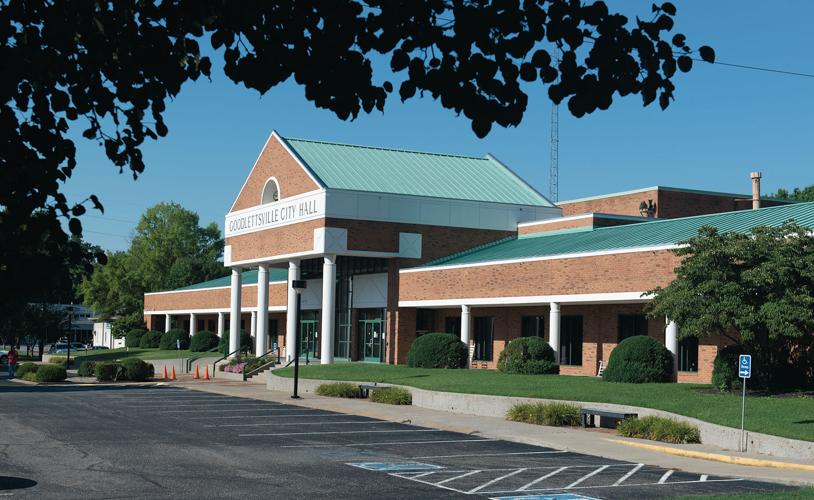 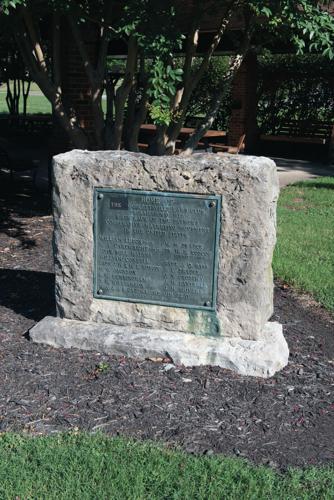 Mansker — born on a ship somewhere in the mid-Atlantic in 1750 as his parents immigrated to Philadelphia from the Saarland — had already had plenty of adventure in his first 30 years, so he could be forgiven if he just wanted to take it easy.

After all, he’d joined one of the first long-hunter parties when he was 20, crossing the Appalachians and seeking the big game in what would become Kentucky and Middle Tennessee, even on down to Mississippi. On his second trip a year later, he found a nice little area near a creek with two salt licks close by. It was a perfect spot for a hunter and fur trader, as the then-abundant bison and deer were frequent visitors.

Springs and salt licks were what ultimately brought James Robertson, John Donelson and the rest to the area to found Nashville. Fort Nashborough was positioned for access to McNairy’s Spring in what is now Bicentennial Mall, to the salt licks at what is now Sulphur Dell and to the Cumberland River.

Mansker already knew all this due to his frequent adventuring. It was only a few weeks after James Robertson and his fellow pioneers drove their cattle across the frozen Cumberland on Christmas Day 1779 that Mansker and his handful of co-adventurists arrived. (They beat the river-borne and ultimately more well-remembered Donelson Party by about two months.)

Mansker hung around what would become Fort Nashborough, but he could never quite shake his desire to go back to that prime spot northeast, along the creek with the two salt licks. Late in 1780, he moved himself 12 miles to the banks of the creek that now bears his name (and serves as part of the Sumner-Davidson county line) and set up shop at Mansker’s Station. (Or Mansco’s or Gaspar’s; he had the ill fortune of setting up shop in the time before standardized spelling.) Mansker was a critical cog in the early Cumberland settlement, as Mansker’s Station served as a safe haven and waystation on the Avery Trace, one of the roads connecting Nashborough to Knoxville and points east.

This is just a gloss of a remarkable, almost tall-tale life. Mansker was renowned for his big feet, his rifle named “Nancy” and for fighting at the Battle of New Orleans when he was in his 60s. Andrew Jackson met his beloved Rachel (who was still married to her first husband at the time) at Mansker’s Station.

In any case, Mansker’s wanderlust and pre-Chicks desire for wide open spaces is how Goodlettsville came to be.

These days, it’s one of Davidson County’s five satellite cities (six, if you count the teeny slivers of a few Ridgetop backyards that cross the Robertson County line) and the only one that has a portion in two counties (if you don’t count Ridgetop). That oddity is also a Mansker legacy — he never could decide which side of his creek he wanted to live on, leading to decades-long annexation battles between Goodlettsville and Hendersonville that weren’t settled until the 1990s.

On a shockingly temperate July morning, a driver at the corner of Main Street and Long Hollow Pike has lost his wheel. Not his tire. His wheel. It’s slowing northbound traffic — which, blessedly, there isn’t much of, given that commuters are heading south.

Cedar Street, just north of the Walgreens catty-corner to our unlucky driver, parallels Long Hollow Pike. While the coming of Interstate 65 brought all the attendant cookie-cutter businesses to Long Hollow, Cedar remains quite charming. Sidewalk-less, but charming.

Some of the homes have been converted into professional-services offices (lawyers, mortgage brokers, accountants, insurance agents and so on), but some remain residential. A large Regions Bank building interrupts the small-scale commerce of the street, but that’s explainable. The Regions was once the Bank of Goodlettsville, and before Walgreens cut it off, it sat at a major triple intersection between Long Hollow, Dickerson Pike (which Goodlettsvillians call Main Street) and Two Mile Pike. Walgreens’ arrival forced the rerouting of a few hundred feet of Two Mile Pike (which is now the Regions driveway, more or less) and left the bank building to appear as if it simply fronts a neighborhood. Coincidentally, all this road moving didn’t technically change the name of the roads, so the first 150 feet or so of Cedar Street are still Two Mile Pike, which then disappears for a while and comes back to life by the bank.

Church Street climbs steeply north from Cedar, bound by hedges evoking The Secret Garden, the crest of the hill topped by Connell United Methodist. It was built here in 1905, a sturdy brick building with exceptional stained glass and a nice view. The church, like most everything else around here, can also trace its roots to Mansker. The congregation first met at Walton’s Campground on the Mansker property in the early 19th century.

There’s a stark transition as Church Street goes back downhill. But for one almost-Spanish Revival home, it’s long-running light industrial property: sheet-metal works, commercial truck repair and the like. Plus one huge vacant lot that is now begging to be a baseball field.

Even during rush hour, with the highway to the west and the interstate to the east, the traffic noise is but a mere rumble, unable to overwhelm the songbirds earning their title in the abundant trees.

A left on Depot Street marks the return of homes, smaller but of similar vintage to those on Church. At the corner of Depot and Main is Goodlettsville Barber Shop. In gold lettering, the shop promises “Vacuum Clippers” and, even more anachronistically, “Flat Tops.” It’s worth a jaunt north a bit on Main to see the neon signs at 31-W Liquor Store, built in 1968.

More modern (read: boring) commercial architecture dominates the few blocks south of Depot: auto parts stores, an AT&T exchange, a Dollar General (the corporate headquarters is nearby). There’s also a mailbox for sale, for some reason.

After all that mundanity (and the mailbox), an old-town feel returns. Goodlettsville, to the degree that it is known for anything beyond successful Little Leaguers, is known for antiques. Both sides of Main here feature antique stores.

A selection of goods available outside the Antique Corner Mall at Main and Moncrief:

The strip of old shops between Moncrief and West Cedar were, at various times, owned by the Myerses (of B.F. Myers) and the Old Hickory Coal and Ice Company. Lick Street, its name echoing Goodlettsville’s raison d’etre, runs behind. It is, on some modern-day property records, written as “Link Street,” but don’t trust the bowdlerizers. It’s “Lick” on the oldest documents.

The original limestone (locally quarried) Bank of Goodlettsville is opposite at the East Cedar (technically, of course, Two Mile Pike) intersection and is now Artists on Main Painting Society, which sounds delightfully Victorian.

Between the Mansker Era and the Antiques/Little League Era, Goodlettsville was known for its sheep. No, seriously. In fact, a plaque at a gazebo in front of Goodlettsville City Hall memorializes the Goodlettsville Lamb Club (later the Lamb & Wool Club and even later, as mutton fell out of fashion, the Wool Club), organized in 1877. At the time, it was the practice of buyers to guess the weight of spring lambs and pay the farmers accordingly. Shocking no one, it was also the practice for the buyers to intentionally underestimate the weight, so 19 Goodlettsville farmers got together and agreed to only sell their lambs through the club. It was America’s first farming cooperative.

Back at the Long Hollow intersection, the man with the lost wheel has, apparently, moved on. Like Kasper Mansker, he had places to go.