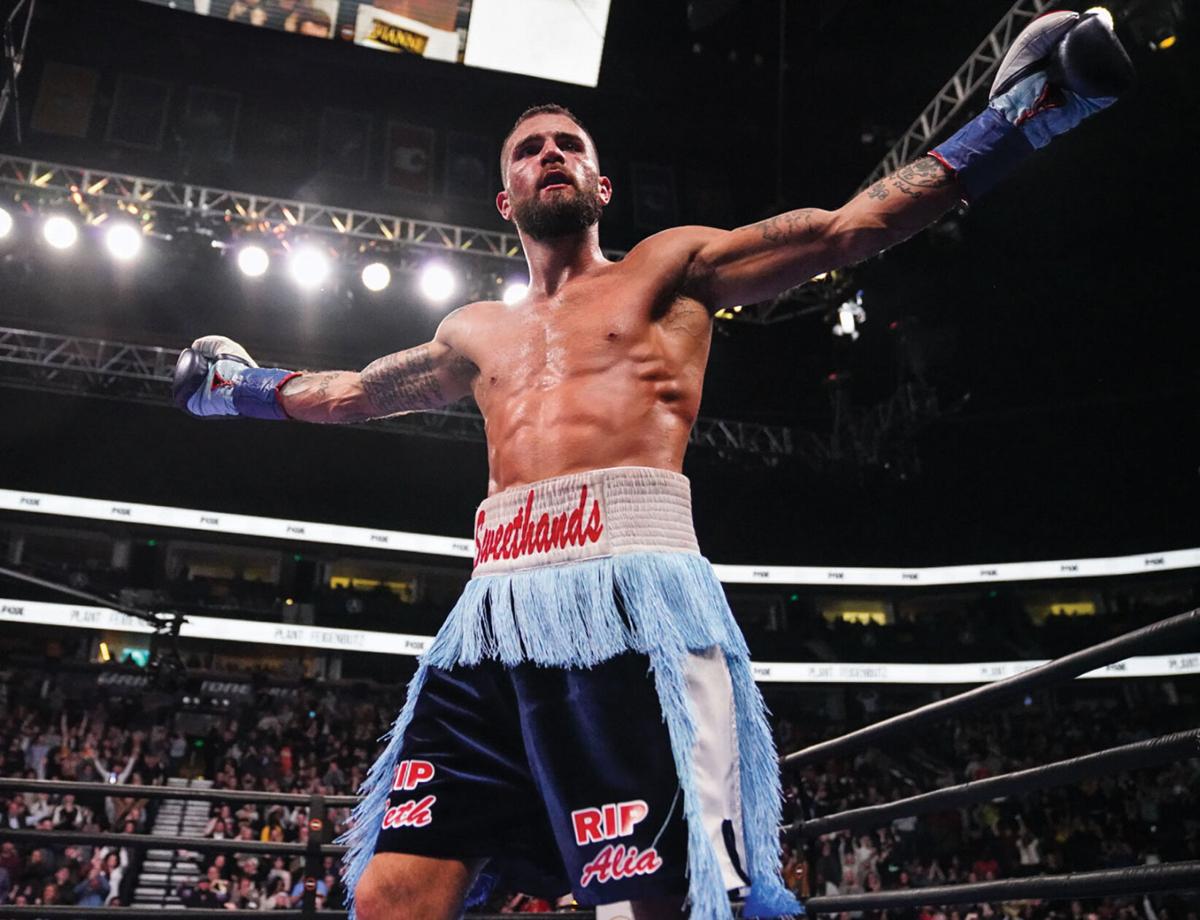 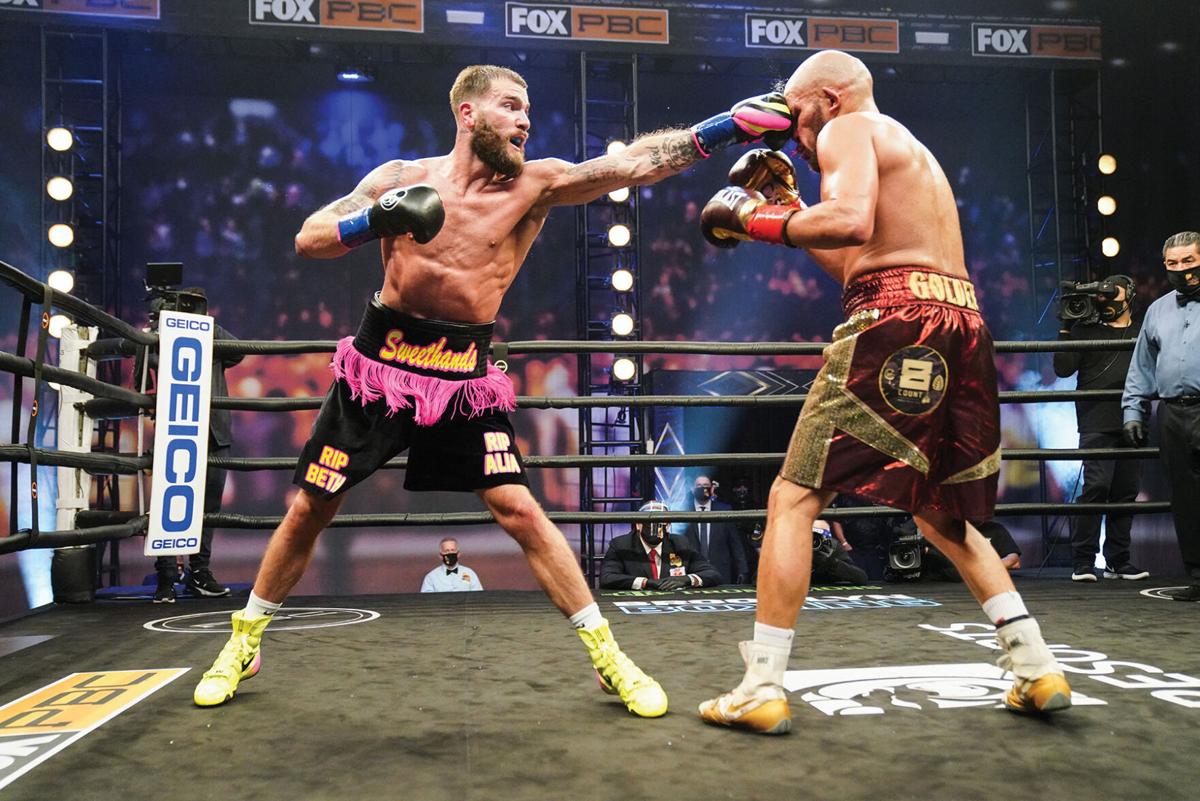 Caleb “Sweet Hands” Plant is entirely focused on Nov. 6 — there’s no time to think about what happens after that. The boxer’s life could change drastically at the end of the night, but when he steps into the ring against Saul “Canelo” Alvarez for a super-middleweight fight to crown the division’s first undisputed champion, he says he won’t be thinking past that 12-round bout.

Plant (21-0 with 12 knockouts) already has one of the division’s four belts (boxing is lousy with sanctioning bodies) while Alvarez (56-1-2, 38 KOs) has the other three. Alvarez, a redheaded superstar from Mexico, has been on a mission to unite all the belts. But when the dust settles on Saturday night, the undefeated fighter from Ashland City, Tenn., aims to be the one holding all the hardware.

“I sacrificed a lot for this moment,” Plant tells the Scene, calling from Las Vegas, “and I’m ready to just go out there and put it to work and properly introduce myself to the world and cement my name in the history books of boxing forever.”

The fight will stream on Showtime pay-per-view at 8 p.m. Central Saturday, Nov. 6

The fight almost didn’t happen. After Alvarez defeated Billy Joe Saunders in May, it looked like the Tennessean was finally next in line. But negotiations went south, and plans for a fight on Sept. 18, the weekend after Mexican Independence Day — a sort of marketing tradition in boxing when it comes to Mexican and Mexican-American stars — were aborted. Plant said in interviews that Alvarez’s team made ridiculous demands. But a few weeks later, talks resumed and the fight was scheduled for Nov. 6.

And the two boxers have traded plenty of barbs in the meantime. After one of Alvarez’s stablemates tested positive for a banned substance, Plant took to social media to call Alvarez out for also failing a drug test in the past. Plant later called his opponent a cheat at a press conference promoting the fight. In 2018, Alvarez tested positive for clenbuterol, which is used to treat asthma but regarded as a banned substance by the Nevada anti-doping agency. Alvarez was suspended for six months, but the boxer blamed the test results on tainted beef in Mexico.

At a September press conference to promote the fight, fans got an unexpected preview of the action. During a staredown, Plant called Alvarez a motherfucker, which the latter says he took as an insult to his deceased mother. He then swung at Plant. A few hands were thrown, and Plant ended up with a cut under his eye — his team says it was from Alvarez hitting his glasses.

So it would seem there is some genuine bad blood between the two boxers. And yes, this fight is personal for Plant — but he says that’s how he feels about every fight.

“All fights are personal to me,” he says. “Anytime someone is standing across from me, trying to ruin everything that I worked for and dreamed of and sacrificed my life to obtain — you know, to me that’s personal. It just seems to me like he lost his cool, and for some reason I’m under his skin. I’m not sure why, but November 6, I feel like once I get my hand raised, I’m really going to be under his skin.”

It’s been a difficult journey for the 29-year-old, who grew up poor in Ashland City and even experienced homelessness. In 2015, he and his then-fiancé made the difficult decision to take their 2-year-old daughter off of life support. (That relationship ended, and Plant is now married to sports reporter Jordan Hardy.) In 2019, Plant’s mother was shot and killed by a Cheatham County deputy. Through all the personal challenges, Plant managed to build an undefeated career.

But he’s still a big underdog in the fight, at least according to oddsmakers who mostly place Alvarez as an 8-to-1 favorite. Alvarez is ranked the pound-for-pound best fighter by Ring Magazine and ESPN, but he’s looked vulnerable at times. Floyd Mayweather shut him out in a decision win — Alvarez’s only loss. And many fans and ringside reporters think Gennady Golovkin, a fearsome heavy-hitter with a stiff jab, got the better of him in their two match-ups, which judges scored as a draw and an Alvarez win. But Plant says the odds “are just numbers.” He was an underdog when he defeated José Uzcátegui for the IBF Belt in 2019, he adds.

Plant certainly sees some advantages for himself in the fight. “[Alvarez has] had issues with certain fighters in the past, and I have a lot of those same qualities that those fighters have,” he says. “But I’m a full-fledged super-middleweight who’s 6’1” — I’m a lot bigger, a lot taller than those guys.”

Both fighters are technical, with good offense and defense, though Alvarez may have a bit more knockout power. Either man can deliver smart combinations, and they both have a good sense of pace and timing in the ring. Plant’s signature skill may be his outstanding jab and slippery lateral movement — he’s also younger, taller and a bit quicker. He’s scored some KOs thanks to smart flurries of punches. Alvarez is a tactical counterpuncher with great head movement who likes to control the space of the ring, bait opponents and create openings for perfectly timed combinations. He’s also faced more big-name opposition than Plant.

It will probably be a smart fight on Saturday, but don’t expect a slow-paced chess match — plan for some fireworks.

Plant’s come a long way, and it hasn’t been an easy journey. The Tennessean appreciates all the support he’s gotten from Nashville fans up to this point, and says he hopes to make them proud on Saturday.

“I plan on putting the city on my back and planting my flag as the face of boxing.”