An ethics committee meeting next week could set an important Metro precedent about the circumstances under which white people can be referred to by their race.

On Friday, Metro’s Board of Ethical Conduct will discuss Tomes v. Welsch, a complaint levied at Councilmember Ginny Welsch by Tim Tomes of West Nashville group Reclaim Brookmeade Park. In it, Tomes refers to “white” as a racial slur. Metro legal director Wally Dietz recommended the complaint be dismissed.

The complaint comes alongside a similar human resources matter that’s roiled the Metro Public Health Department. A ruling by the board may help set Metro-wide standards for handling civil rights complaints by white people.

In November, Metro Health communications director Brian Todd filed a complaint citing Title VII of the Civil Rights Act of 1964. In it, Todd alleged that a colleague, Metro director of health equity Stephanie Kang, violated his civil rights by referring to him as white. Kang, who started at Metro in July 2021, had stated that Metro Health employees may not want to discuss their experiences of racism with a white man in a leadership position. At mention of his race and gender, Todd became visibly upset and stormed out of the room, according to a subsequent complaint filed by Kang corroborated by an HR investigation.

This complaint set off a back-and-forth between Kang, Todd, MPHD human resources manager Les Bowron, and Metro health director Gill Wright. Both Kang and Todd received a response from Bowron in late December. Todd was reprimanded for “loss of emotional control” and his claims to civil rights protections were dismissed. Bowron recommended Kang for “coaching” on “judging a [colleague] … without first taking the time to get to know them.” Bowron also recommended Kang find more “positive,” less “aggressive” strategies for discussing race.

The exchange was reported exclusively by right-wing website the Tennessee Star, resulting in dozens of threats and hate speech directed at Kang, including in the website's comments section and on social media. Discussing these issues has tied up employee and department resources for months.

Kang disputed its resolution in a letter to the board of health in February, writing, “It is a fact that it can be difficult to have conversations on race issues with non-persons of color” and outlining ways in which HR favored Todd in the exchange. The letter includes an appendix that outlines how MPHD HR has mishandled or perpetrated several instances of racism, sexism and gender discrimination among MPHD employees.

Todd wasn’t in the office Friday and did not respond to the Scene’s request for comment. Assistant public information officer Matt Peters would not confirm whether Todd is on administrative leave, following a separate behavioral incident in late March.

Copies of the complaints and other related documents are available below. 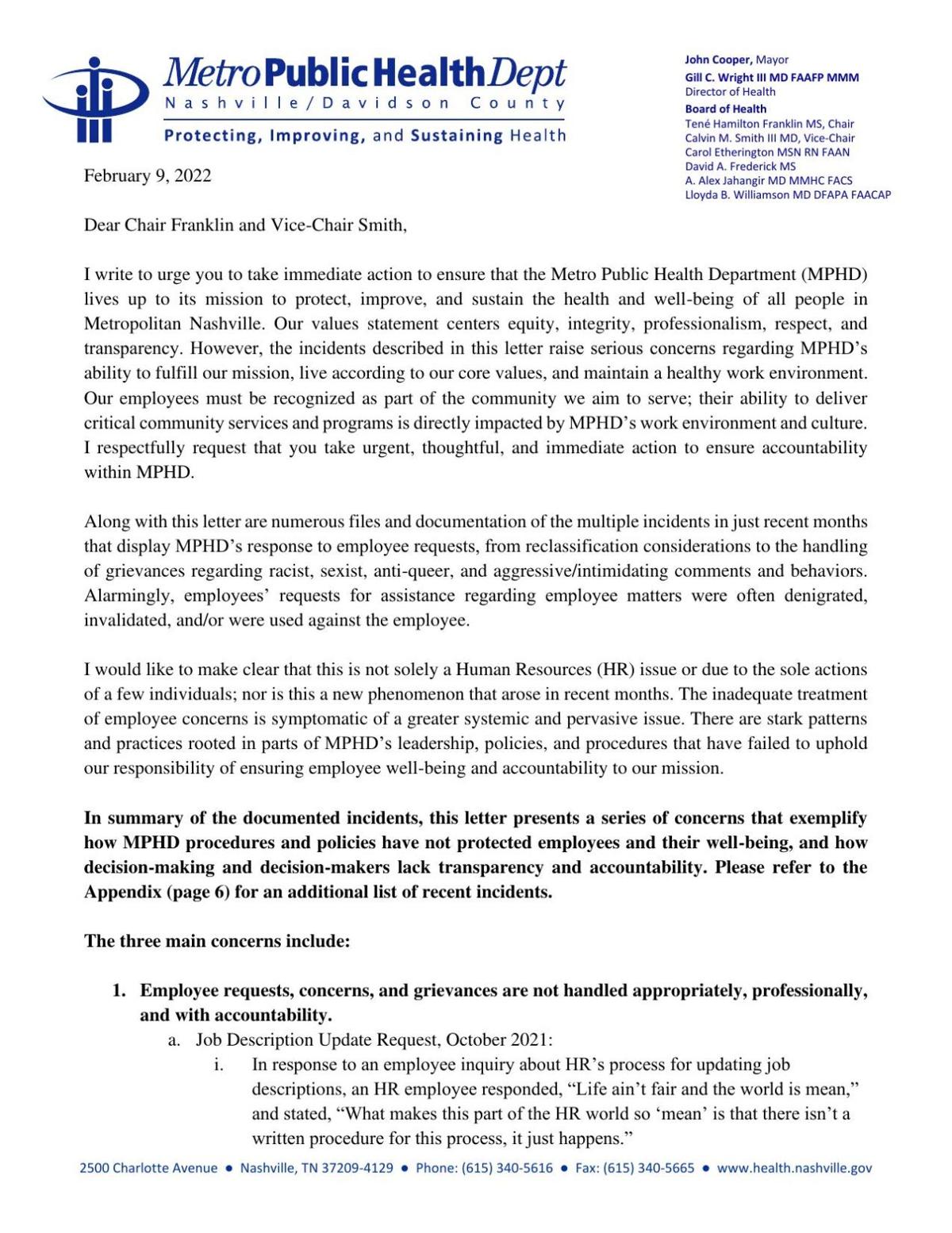 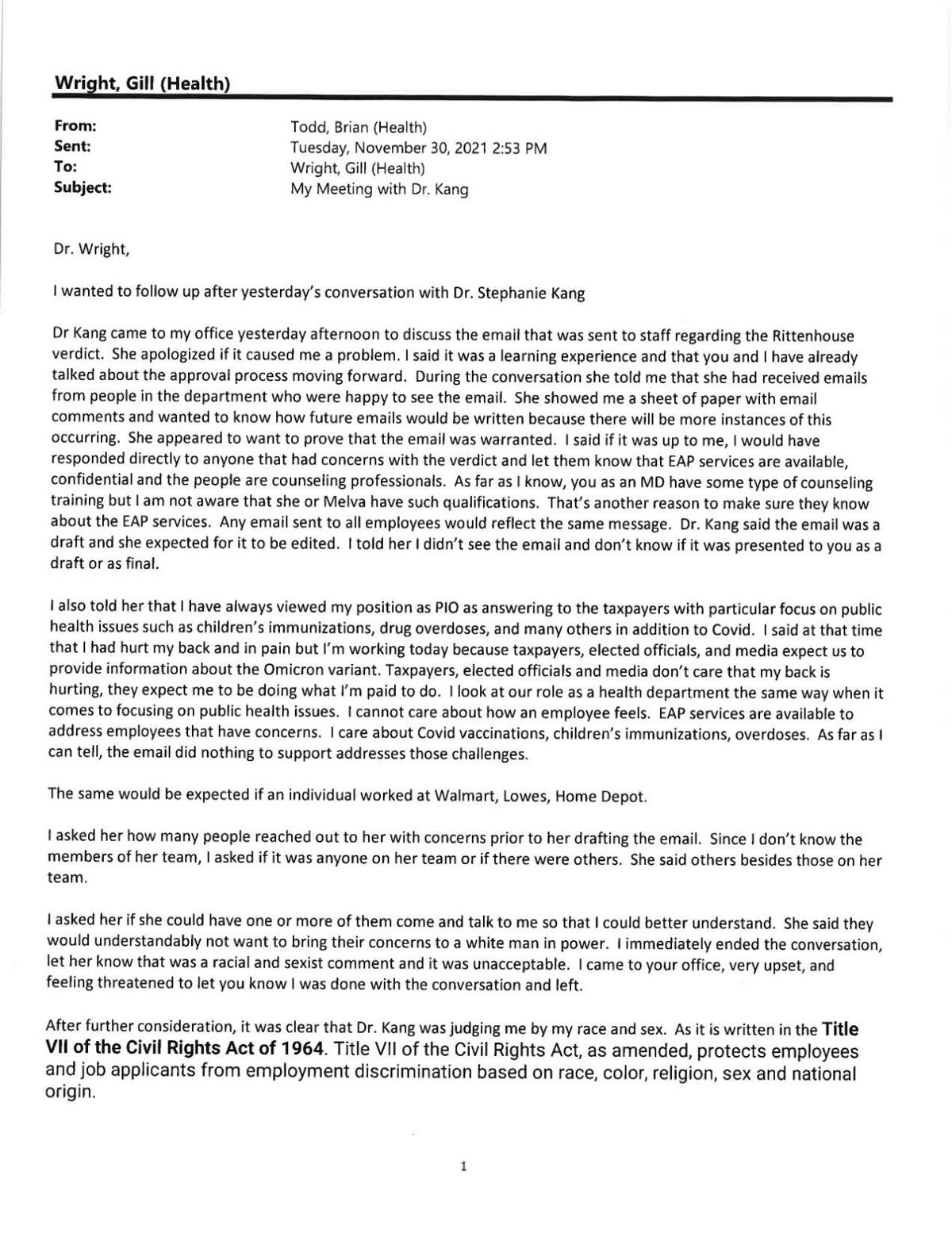 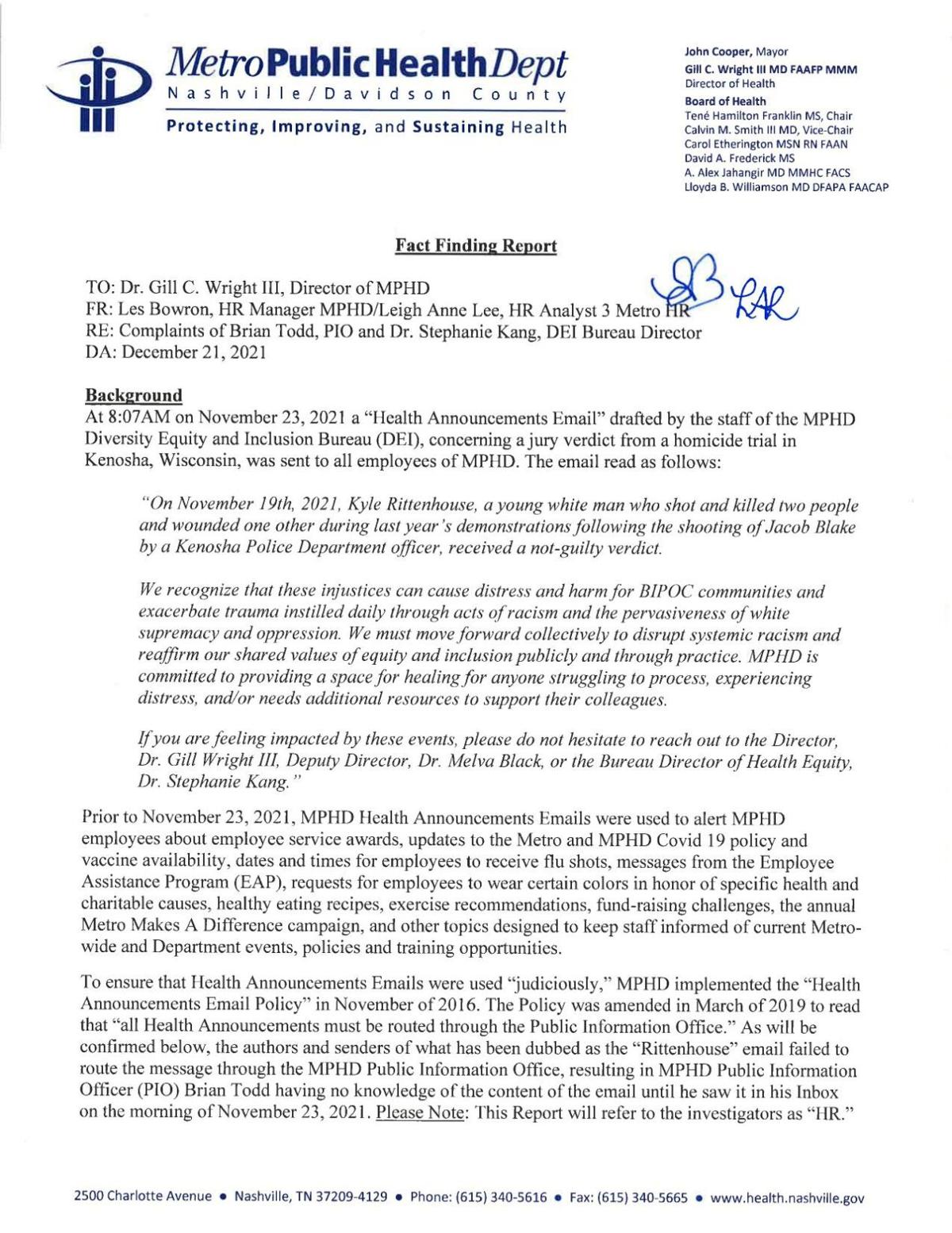 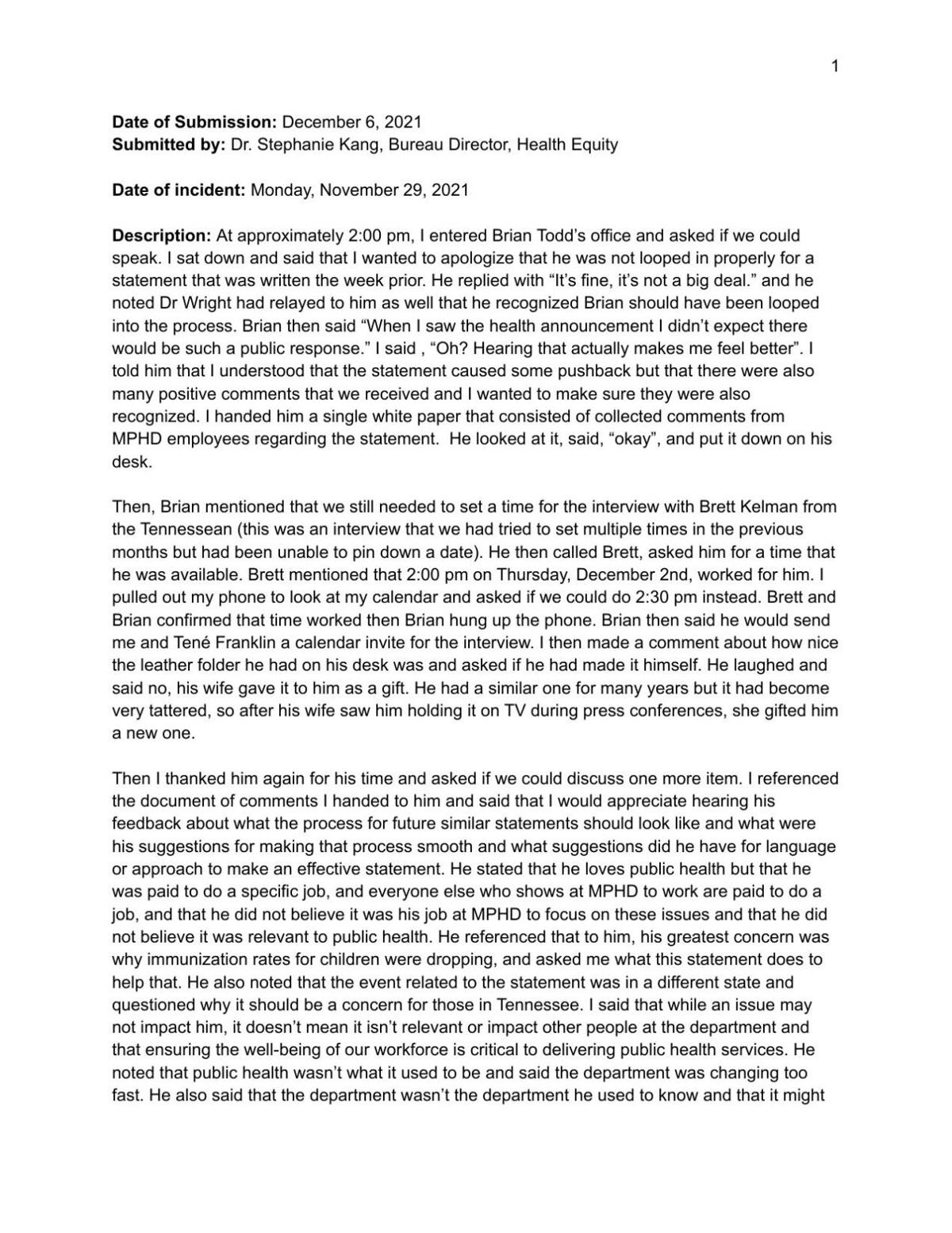