Elliott is a reporter for the Scene and acting editor for our sister publication the Nashville Post. He and FW Publishing — represented by Paul McAdoo with the Reporters Committee for Freedom of the Press — named Gov. Lee and Tennessee Department of Human Resources Commissioner Juan Williams in the lawsuit in order to gain access to reports by consulting firm McKinsey & Co. The firm was awarded a $3 million no-bid contract to issue reports regarding the state’s reopening as well as “government operations” and “support to the Unified Command Group.”

The reports were completed in 2020, and the Lee administration claimed “deliberative process privilege” in keeping the findings secret. "Deliberative process” privilege protects “information that would identify those areas of structural or operational vulnerability [of the state]."

Tennessee Deputy Attorney General Janet Kleinfelter claimed during the proceedings that Elliott — a longtime Nashville resident — is not a “citizen” of the state, and thus not entitled to file a public records request in Tennessee. Moskal also determined that this was incorrect.

"While we continue to believe that the common law deliberative process privilege should not be recognized by courts in Tennessee, we are pleased with the court's finding that the McKinsey records would not be covered by such a privilege and must be disclosed," McAdoo says. "The release of this information is important to providing Tennesseans with a more complete understanding of the state's response to the COVID-19 pandemic."

The state has until Feb. 2 to appeal the court’s ruling. Moskal also ruled that the state does not have to pay legal costs for the plaintiffs. See a PDF of Chancellor Moskal's memorandum and order below. 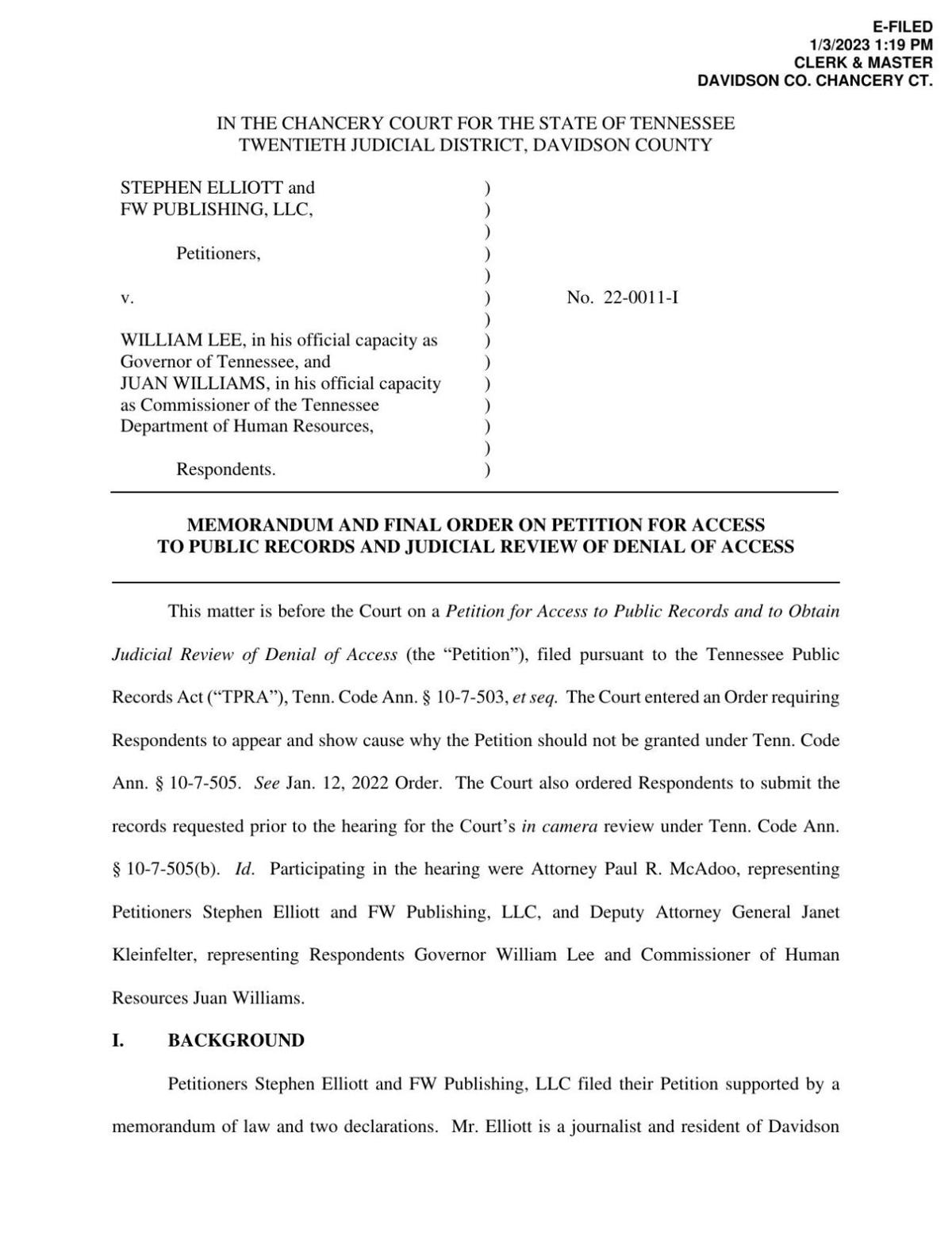