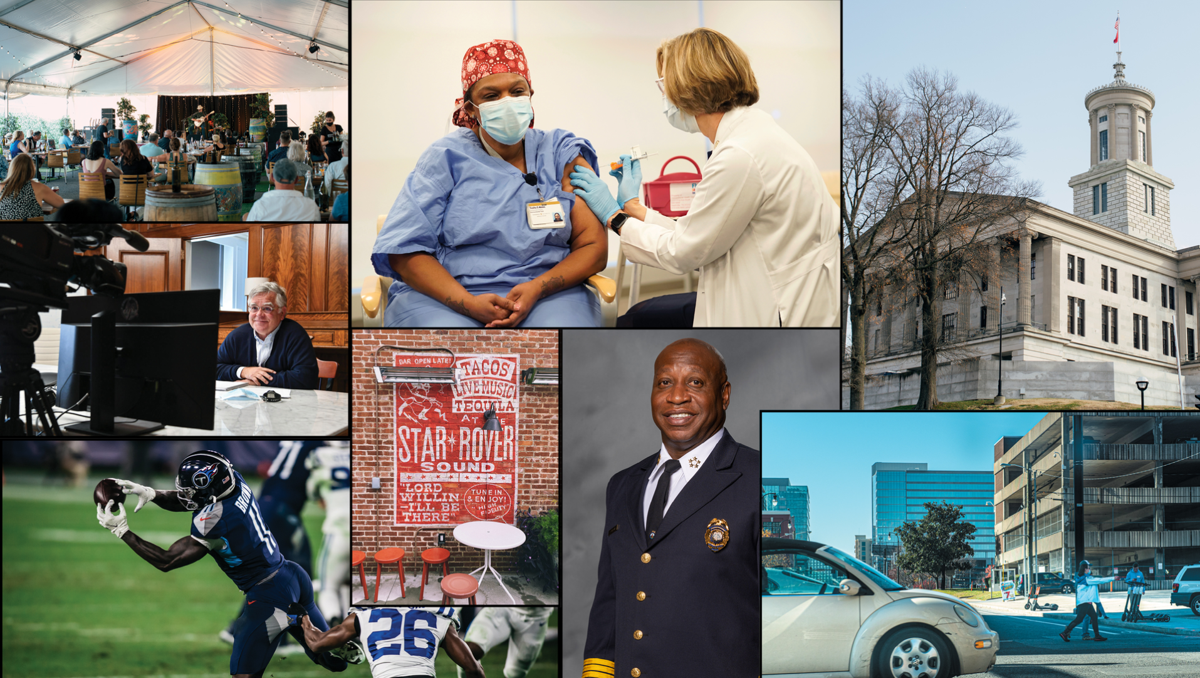 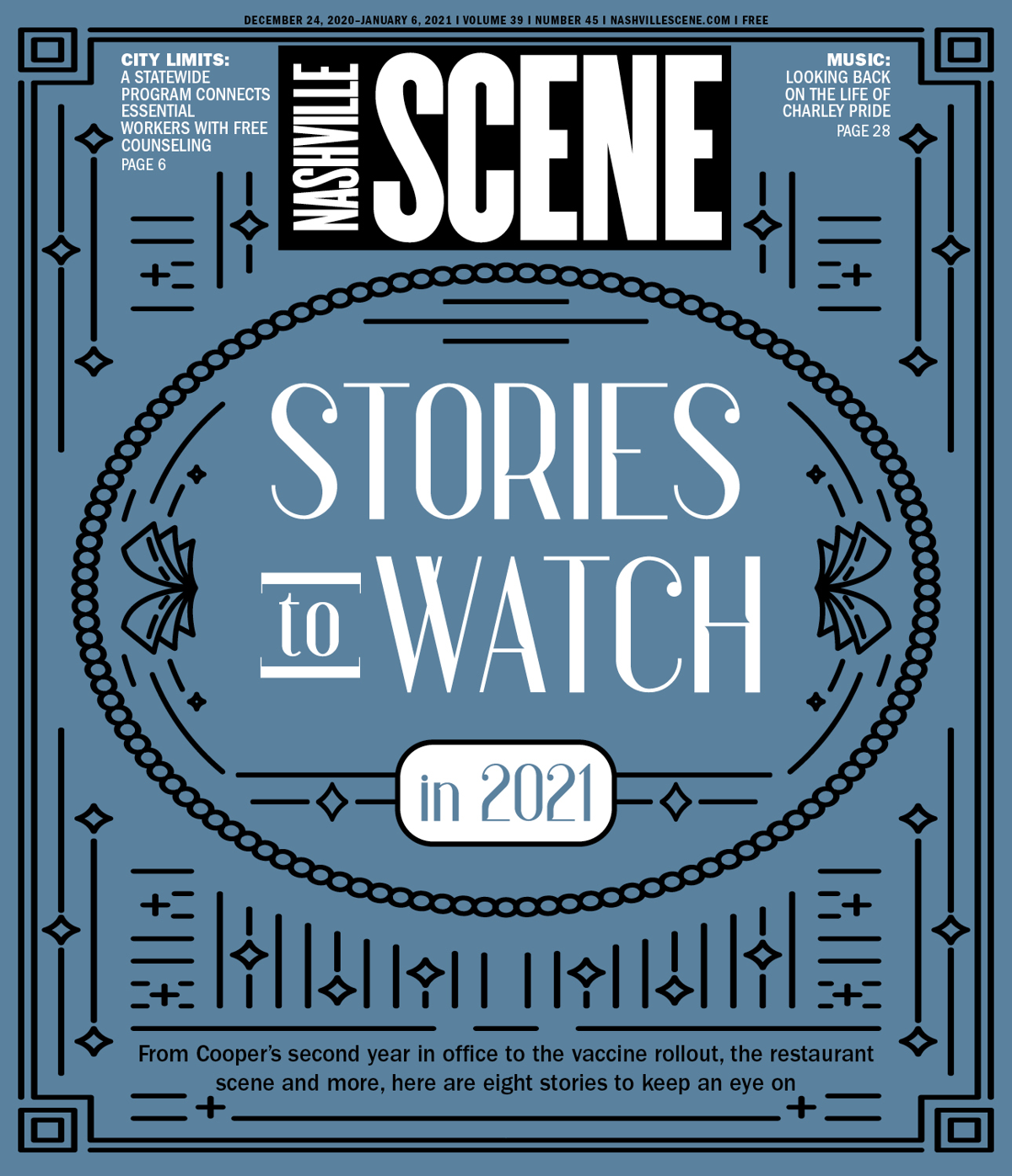 All right, we admit it — when we put out our annual “Stories to Watch” issue about 12 months back, there was one rather large story we didn’t see coming. I think we can all admit that 2020 has been a humbling year.

In this annual roundup of stories to keep an eye on in the coming year, we explore what Mayor John Cooper’s second year in office might look like, talk to the city’s chief epidemiologist about the COVID-19 vaccine rollout, and check in on both the restaurant and live-music scenes. We also take a look at the MNPD’s new chief, 2021’s coming sports seasons, the city’s transit infrastructure and what the state’s Republican-supermajority legislature will get up to. Follow along, and let’s all cross our fingers that next year pitches us fewer curveballs than this one did.

How much change will a change in leadership bring to the MNPD?

More to Come in the Legislature

Taking a gander at what the Titans, the Predators, Nashville SC and the rest will look like in the new year

The city pledged to invest in transportation infrastructure — but when, and where will that money come from?

Returning to the Table

It’s not all bad news in the restaurant scene, with forthcoming projects from Sean Brock, Slim & Husky’s and others

The mayor has been in triage mode for most of his first year in office — so what next?