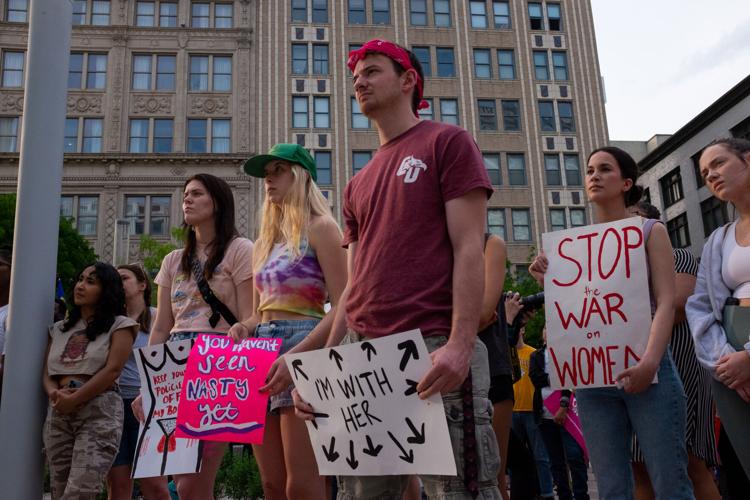 Pro-choice demonstrators gathered outside of Nashville’s Fred D. Thompson Federal Building and Courthouse on May 3, 2022, one day after leaked documents from the U.S. Supreme Court revealed a potential end to federal abortion rights 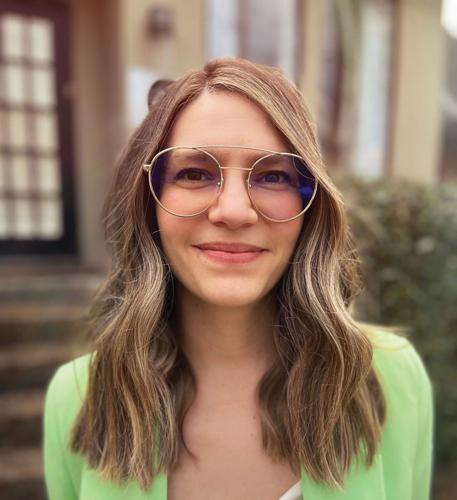 Tennessee is one of 14 states that will see a near total ban on abortion in the event of the rollback of Roe v. Wade. But it’s still unclear how exactly the state’s trigger law will be enforced.

Davidson County District Attorney Glenn Funk stands by his 2020 statement that he would not prosecute anyone who “decides to have a medical procedure to terminate a pregnancy or any medical doctor who performs this procedure at the request of their patient.” Even so, there’s room in the law for Tennessee Attorney General Herbert Slatery to petition the state Supreme Court to appoint a special prosecutor in a district where a DA has said they will not prosecute certain crimes. The Metro Nashville Police Department declined to comment on the matter of enforcing a trigger law.

This year, the state legislature passed a law adding repercussions for physicians prescribing a medication abortion via telehealth. The state also attempted to pass legislation similar to a notorious Texas law that would have allowed any individual to sue another who “aids or abets” someone looking to obtain an abortion. That effort failed in Tennessee, but similar laws have already passed in Oklahoma and Idaho. Additionally, bills prohibiting a local government from providing assistance to an elective abortion provider, requiring a pregnant person to complete a consultation with the department of health prior to an abortion, and giving a father of an unborn child the right to prohibit an abortion were introduced this year, but failed.

Stella Yarbrough is the legal director for ACLU of Tennessee. She sat down with the Scene to evaluate what the 2019-passed trigger law, also known as the Human Life Protection Act, means as it is written.

What effect could this trigger law have on physicians?

A lot of people use the phrase that there’s an “exception” to the abortion ban for the sake of the pregnant person’s life or mental condition. And it’s really truly not an exception. Legally speaking, it’s an affirmative defense, and that’s how it’s described in the statute. An affirmative defense is something that a defendant could raise after they’ve already been arrested and charged and are being prosecuted for a crime. It functions in a very similar way to a self-defense claim.

They would have to show that in their good-faith medical judgment, [and it’s] unclear exactly what that would mean or how you would show that, that the abortion was necessary to prevent the death of the pregnant person — or woman, as the statute says — and prevent serious risk of substantial and irreversible impairment of a major bodily function.

At that point, some harm has already occurred to the physician, which is they’ve already been arrested and charged with a [class] C felony. They may ultimately be acquitted if they’re able to show this affirmative defense. But that’s something that a physician who is maybe less risk-tolerant might be unwilling to undertake.

From a law perspective, what would need to change to protect the right to abortion in Tennessee?

If we wanted to have a statutory right, this constitutional amendment doesn’t prohibit the creation of a statute that allows it, but we would have to repeal a number of statutes on the books, including the trigger ban and the six-week ban.

So abortion restrictions are deeply enshrined in Tennessee law.

That’s a good way of putting it.

How does the threat of a class C felony add intensity to this?

Although the law states that it won’t prosecute those who are receiving the abortion, could there still be fallout for a pregnant person?

There’s tension in the context of how to interpret the word “performed,” particularly in the context of, let’s say, medication abortions, where the pregnant person is administering medication to themselves. There’s some tension there. But again, I do want to emphasize that ultimately, the law does say on its face that the pregnant woman will be excluded from criminal conviction or penalty.

Where does the abortion pill fall in this?

Anything else you want to add?

Attacks on abortion care have been so enshrined in Tennessee law and in our constitution that it would be it would be incredibly difficult if Roe was overturned and the federal right is lost. It’s going to be a tremendous uphill battle to regain those rights for Tennesseans. The ACLU of Tennessee is committed to doing so, and we’re going to do everything in our power to continue to fight for these rights.

How a Roe v. Wade reversal would play out in Tennessee, and ways to support the right to choose in our state