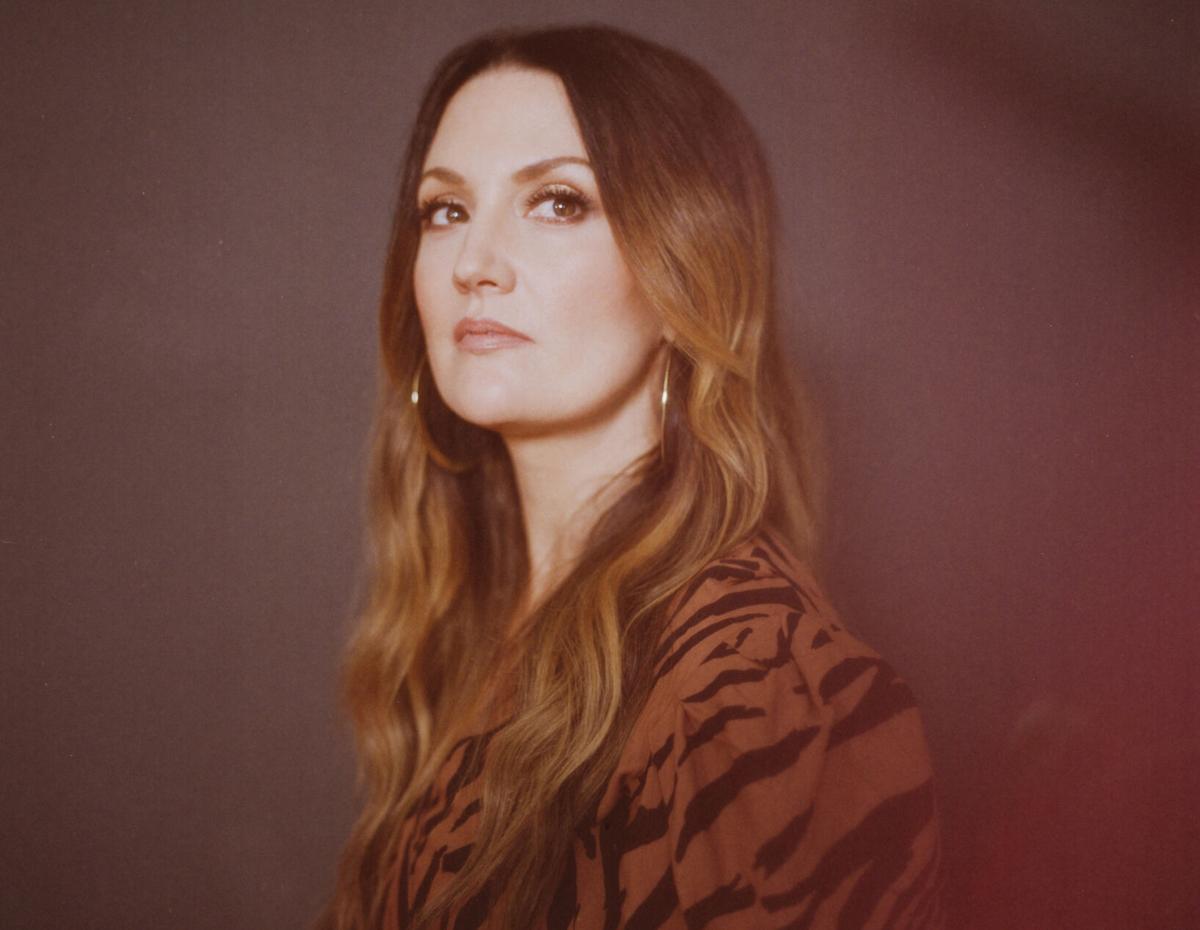 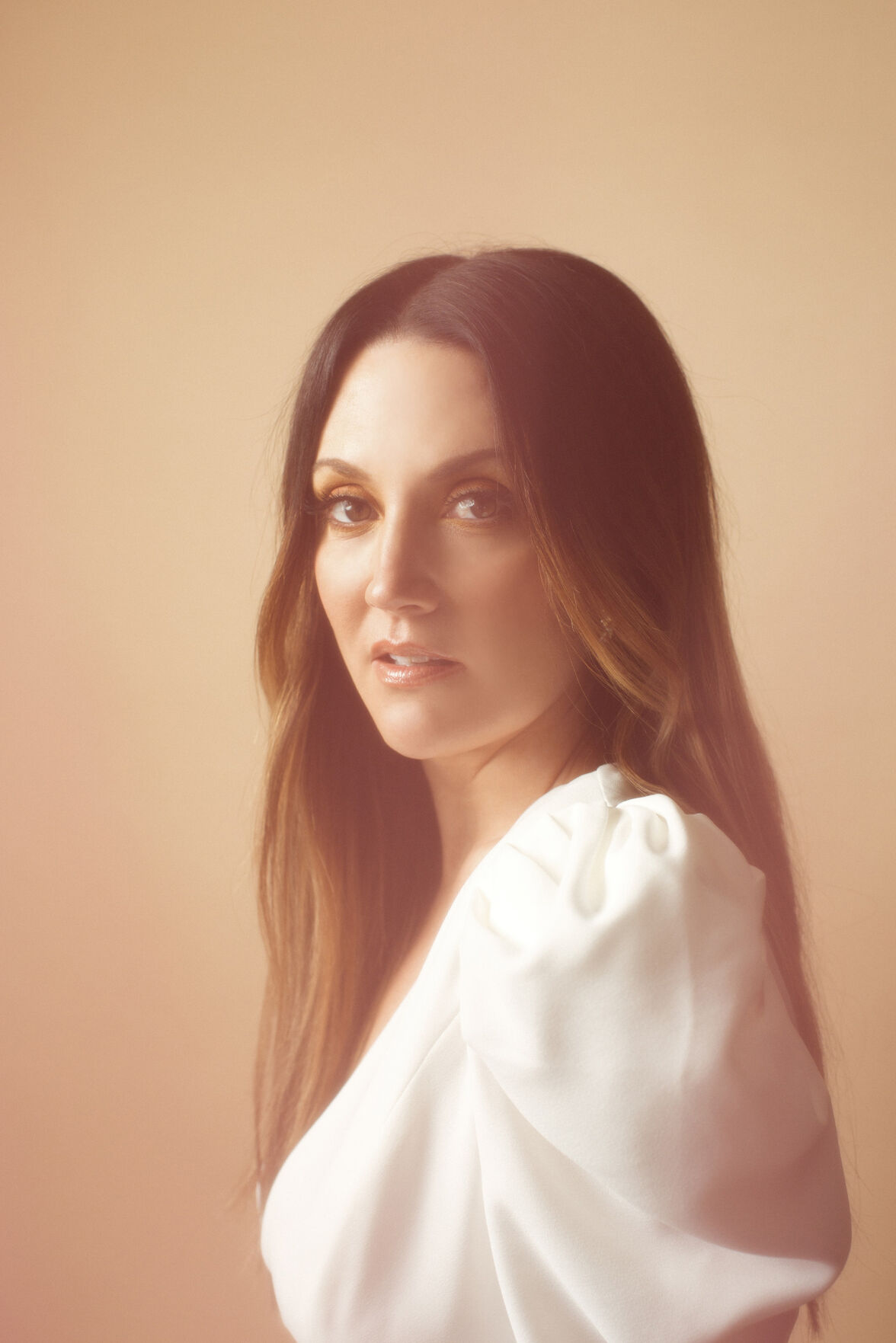 On “Heroes,” the opening track of her new album Pins and Needles, Natalie Hemby sings about the human frailty of iconic individuals, and how that sometimes doesn’t jive with the way we relate to them: “If I ever met my heroes, they might let me down.” However, she knows a bit about heroes from personal experience. Her ubiquity in country music — as a solo artist, as an in-demand songwriter, as one-fourth of The Highwomen’s core quartet — regularly puts her in close contact with some of the genre’s living legends.

If you’ve followed Hemby’s career, it would seem she’s turning into the kind of hero you would want to meet. Despite winning two Grammys, writing hits for genre juggernauts like Miranda Lambert and Kacey Musgraves, and performing (with The Highwomen) alongside Dolly Parton and Loretta Lynn, Hemby is as down-to-earth as it gets. She seems to care little for the idea of stardom, but cares greatly for building a career that allows her creative freedom. As she puts it a little later on in “Heroes,” “I just want to be a face in the crowd.”

Talking about that track, Hemby is quick to prove her own point, directing credit for the song’s lyrics to co-writers Aaron Raitiere and Jeff Trott. “I came in with the idea of, ‘I don’t want to meet my heroes / I just want to be a face in the crowd,’ ” Hemby explains. “But I didn’t have verses. I’m gonna tell you something — that Aaron Raitiere is a lyric slot machine. He’s one of my favorite people to write with. That, plus Jeff Trott’s brilliance; it was a magic combination, if you will.”

Pins and Needles out Friday, Oct. 8, via Fantasy Records

Pins and Needles is Hemby’s second solo album, following 2017’s excellent and understated Puxico, which paid homage to her grandparents’ Missouri home. Notably, Pins and Needles is also her first project as a solo signee to a record label. She joined the Fantasy Records roster in February, and the label accepted an already-finished Pins and Needles as-is — a rare occurrence for any artist, well-known or otherwise. The fact that she signed the deal in her 40s makes the accomplishment all the more special for Hemby. She credits the experience and wisdom she’s gained over the past two decades as a major force shaping the LP.

“As an artist, I feel like it’s hard to hang your hat on something when you’re really young,” she says. “Because you change your mind, you know. I personally have loved older artists all of my life. Bonnie Raitt was an older artist when she really started winning Grammys, and Sheryl [Crow] was too. … I’ve been steadily climbing up a mountain, just one little, tiny step at a time. I enjoy that. I can’t handle everything at once, and I don’t think I ever have been able to. But you don’t have to.”

Pins and Needles includes newly written songs as well as previously unreleased tunes from Hemby’s sizable publishing catalog. Of that latter batch, co-writers include Miranda Lambert (“Banshee,” “It Takes One to Know One”), Maren Morris (“Heart Condition”) and Brothers Osborne (“Pins and Needles”).

While casual listeners might expect straight-ahead country from Hemby, she spent the formative years of her early songwriting career listening to ’90s singer-songwriters, particularly the aforementioned Sheryl Crow. As Hemby hinted in a late 2019 interview with the Scene, Pins and Needles is her “1997 Lilith Fair album,” marrying the songcraft she’s honed on Music Row to the sounds that made her fall in love with music in the first place.

“I’ve always said [to Wrucke], ‘If we were ever to split up, you’re still producing my record,’ ” she says, laughing. “He’s a really good cook too. When I look at a pantry, I see cans of beans and rice and I don’t even think about a recipe. But he really does, and that is the way he is in the studio, as well. Like, if I just play him a vocal or something, he’s already hearing production ideas in his head. And he’s got good taste, you know, and not everybody does. Yeah, I get to sleep with my producer. How typical Nashville is that?”

Hemby’s a hitmaker, to be sure, but she’s also one of a small, elite group of Nashville writers whose songs — regardless of who’s performing them — are always clearly hers. Miranda Lambert’s “Bluebird,” which Hemby and Lambert co-wrote with Luke Dick, is a good example of this phenomenon. Throughout that Grammy-nominated single, Hembian hallmarks abound, like her tendency toward percussive vocal melodies, her ease with building complex lyrical structures and her mastery of poetic devices like assonance, consonance and alliteration.

With Pins and Needles, we have the chance to hear Hemby channel those gifts into her own stories told with her own sound. The finely wrought Pins and Needles doesn’t feel like one of those little steps Hemby referenced, but something much bigger. Either way, she’s just happy to be making music on her own terms.

“I’ve gone through many jobs. I’ve given up many times and gone back to it. And at the end of the day, I just love music and I just want to do it. I don’t really care what it looks like anymore. But right now, it’s looking really good.”

Puxican Radio: Natalie Hemby Strikes Out on Her Own

Year in Music 2019: Talking With The Highwomen