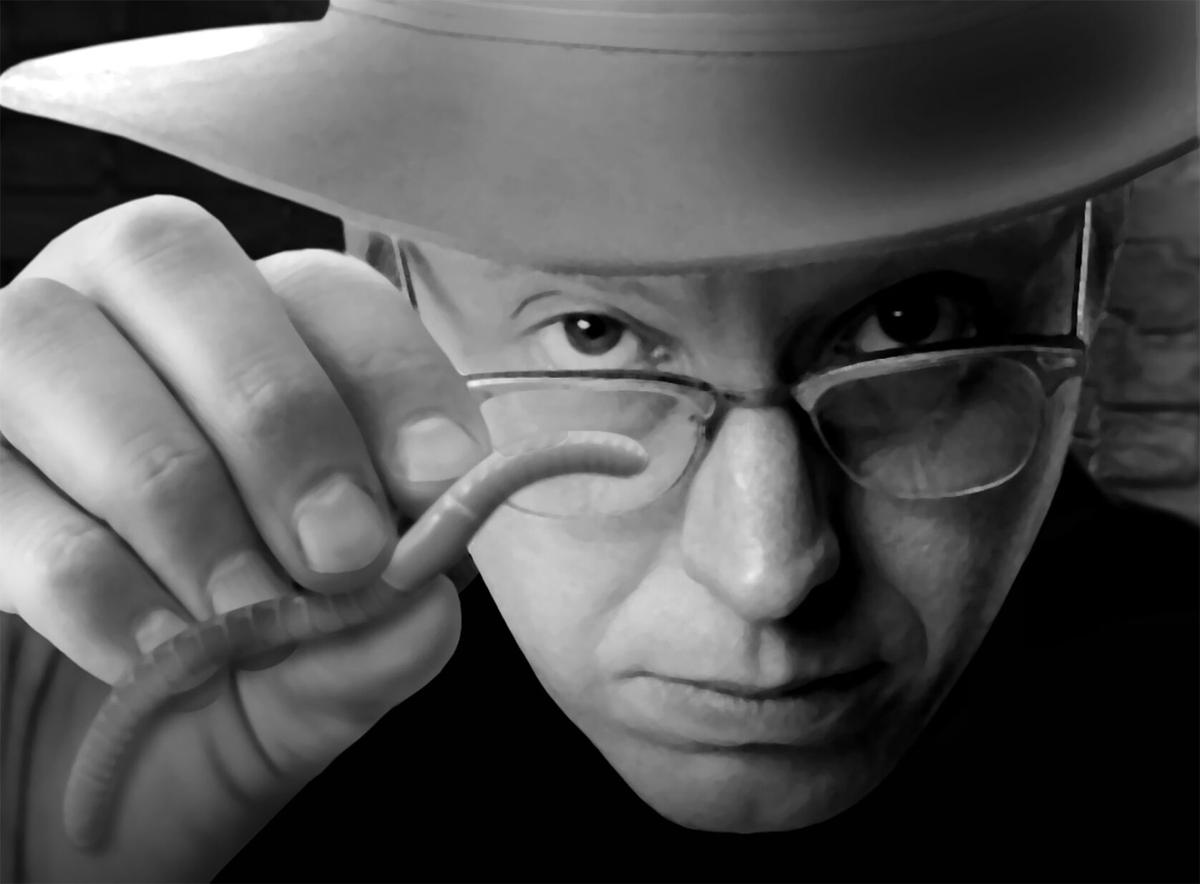 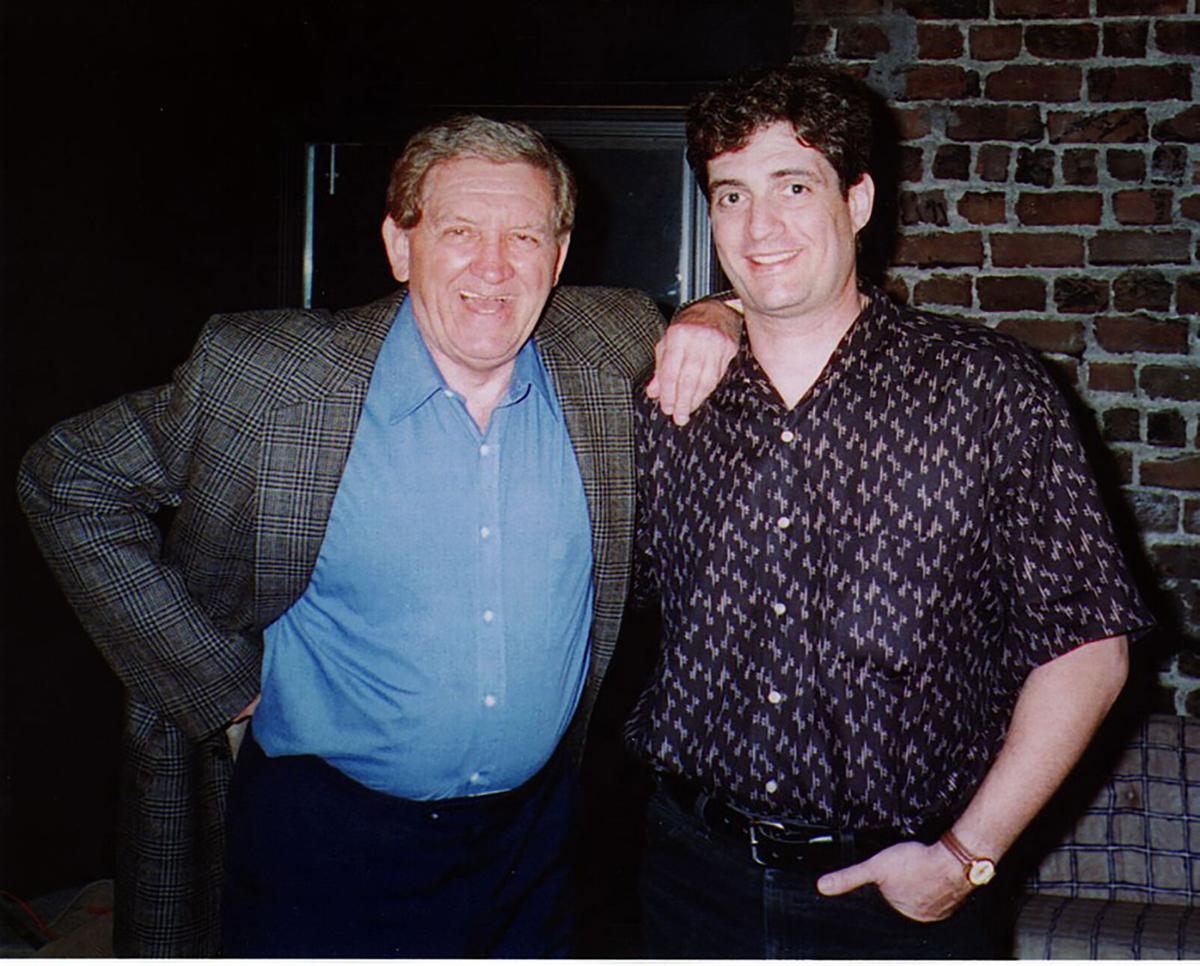 Eleven months ago, award-winning producer, director, writer and editor Steve Boyle stumbled across a one-of-a-kind time capsule from Nashville’s past. He was organizing his personal archives when he ran across the master tapes for Mole Men, a two-hour neo-noir radio drama he produced a quarter-century ago. It was intended to be the first episode in a series of programs starring roots rocker Webb Wilder, to be called Webb Wilder, Last of the Full Grown Men. Sadly, the pilot didn’t air and the series never came to fruition. Among his archives, Boyle also found a copy of the companion Mole Men novel he had co-written with actor-writer Shane Caldwell around the same time.

“I had forgotten about all this stuff,” Boyle says. “I played the radio show and then picked up the book and thought, ‘This can’t be wasted, because if I croak tomorrow, my kids aren’t going to know what to do with this. It’ll be lost.’ And I didn’t want to see it lost because it just didn’t seem fair. There was so much work put into it.”

With the blessing of Wilder and Caldwell, Boyle cut a deal with Ingram Content Group to put the book back in circulation. Then he called Jessie Scott, program director at WMOT, and pitched her on airing the radio show. Thoroughly excited by the prospect — “She flipped out,” Boyle recalls — Scott agreed.

“Jessie Scott is making this happen, and we’re very grateful for that,” says Wilder, who is also one of WMOT’s regular on-air personalities. He hosts Afternoons With Webb Wilder Monday through Thursday and the station’s Americana chart show The List on Friday.

Reading from the book dec. 5 at Eastside Bowl

So after 25 years, Mole Men will finally make its broadcast debut on WMOT in two parts. The first will air Nov. 30 and be rebroadcast Dec. 4, while the second will air Dec. 7 and again Dec. 11. After it airs on WMOT, Mole Men will be made available to public radio stations nationally and internationally via PRX. There will also be a reading from the book and a short performance Dec. 5 at Eastside Bowl.

Webb Wilder, Last of the Full Grown Men was originally conceived in 1994 as a TV series for Hard Rock Cafe’s global music video television network, after Boyle produced a series of sketches promoting the network that were dubbed “anti-commercial-commercials.” They starred Wilder as a hard-boiled private detective, a character that dates back to a 1984 short film called “Webb Wilder, Private Eye: The Saucer’s Reign.” The short became a staple of the USA Network’s Night Flight program, and Wilder & Co. released a follow-up in 1991 called “Horror Hayride.” Both “Horror Hayride” and the subsequent Mole Men featured Wilder reprising his private-eye character, and Caldwell was cast in both productions as the bad guy.

“I pitched the idea of a television series for Hard Rock Cafe to back because the network was starting to develop further,” Boyle explains. “And the CEO said yes, but he wanted to read a couple of scripts. So Shane and I sat down to write scripts.”

“I remember Steve and I had dinner at Green Hills Grille, and we talked about what the overall feel of the project would be, and Webb’s character — what he would do and how he would react to situations,” Caldwell recalls. “The first one we decided to do was ‘Mole Men’ because we all three love that three-episode arc of the original George Reeves Superman show called ‘Superman and the Mole Men.’ ”

After they had already written a script for a “Mole Men” episode and another episode titled “The Doll,” the CEO told them he had a hard time reading scripts. He requested they give him a narrative version of the stories.

“I thought, ‘You know what, I’m just going to print them as a book,’ ” Boyle recalls. “You want something that reads like a book? Well, here’s an actual book.”

But before they could finalize the deal for the television series with the Hard Rock Cafe network, the CEO resigned and his replacement didn’t want to pursue the series. Boyle, Caldwell and Wilder were all fans of radio dramas from the pre-TV era, as well as Firesign Theater radio noir spoofs such as Nick Danger: Third Eye, so it was a natural fit to reimagine their show for radio.

“I pitched it to NPR and PRI and both said they were interested, PRI in particular,” says Boyle. “But they both said, ‘We need to hear a pilot show.’ ”

So Boyle produced what is now the stand-alone Mole Men as a pilot episode and filled the cast with familiar names. Wilder plays himself, of course, and Caldwell appears as Wormy Worsham. They’re joined in the production by the late George “Goober” Lindsey (who died in 2012) as Dusty Norris, Felix Cavaliere of The Rascals as Captain Jack McCreedy, the late James Griffin of Bread (who died in 2005) as Lance Murdock, Kathy Mattea as Thelma Newby and Jonell Mosser as Ruby Falls. Jim Hoke served as music director.

By the time Boyle put the finishing touches on the pilot, both NPR and PRI had undergone format changes and were no longer interested. And with that, the project hit a dead end. Until now. Wilder is happy that Mole Men will finally be heard, and he credits Boyle’s tenacity with making it possible.

“His energy and determination, I think, is the main reason [the show is airing now] — and the quality of the various participants,” Wilder says. “It’s kind of like a ‘rise of the Phoenix’ kind of thing.”