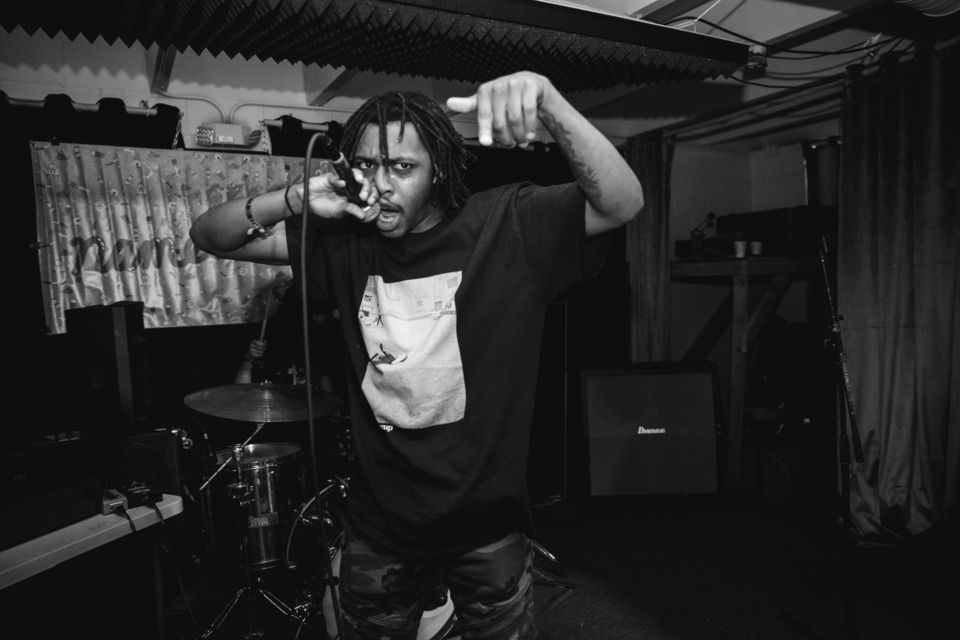 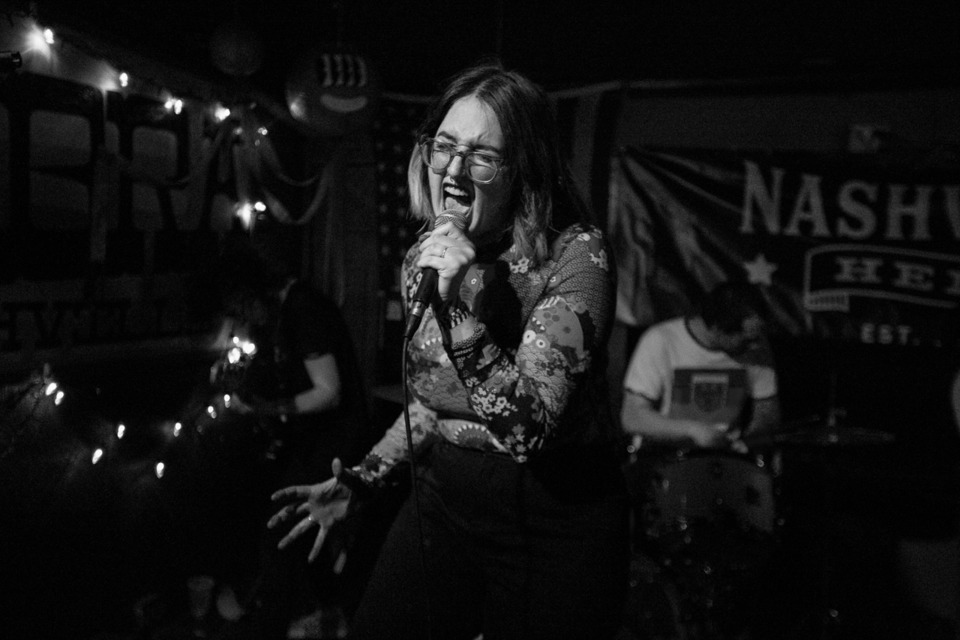 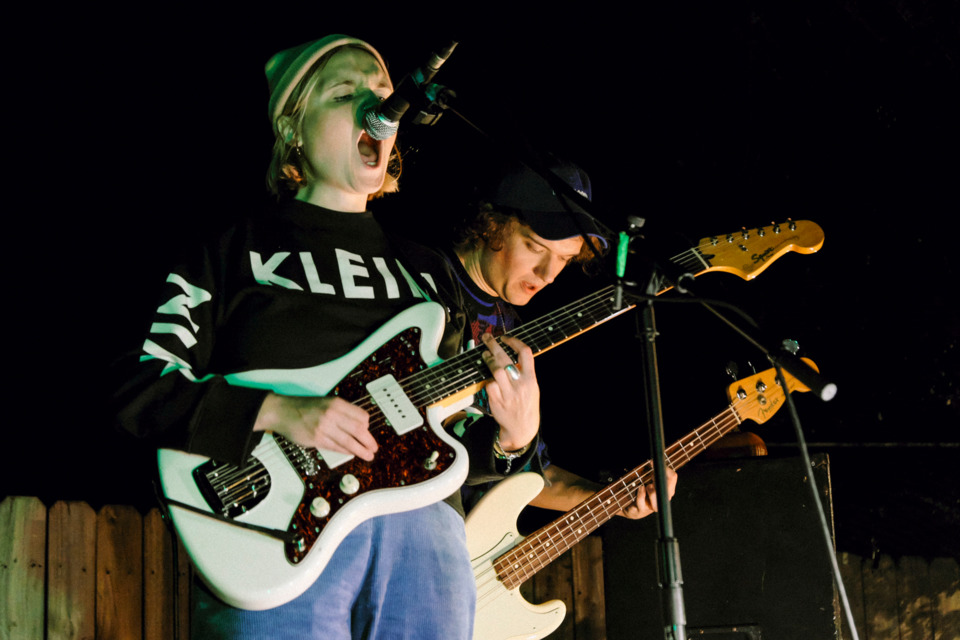 Only at The Groove on Nashville Cassette Store Day 2019 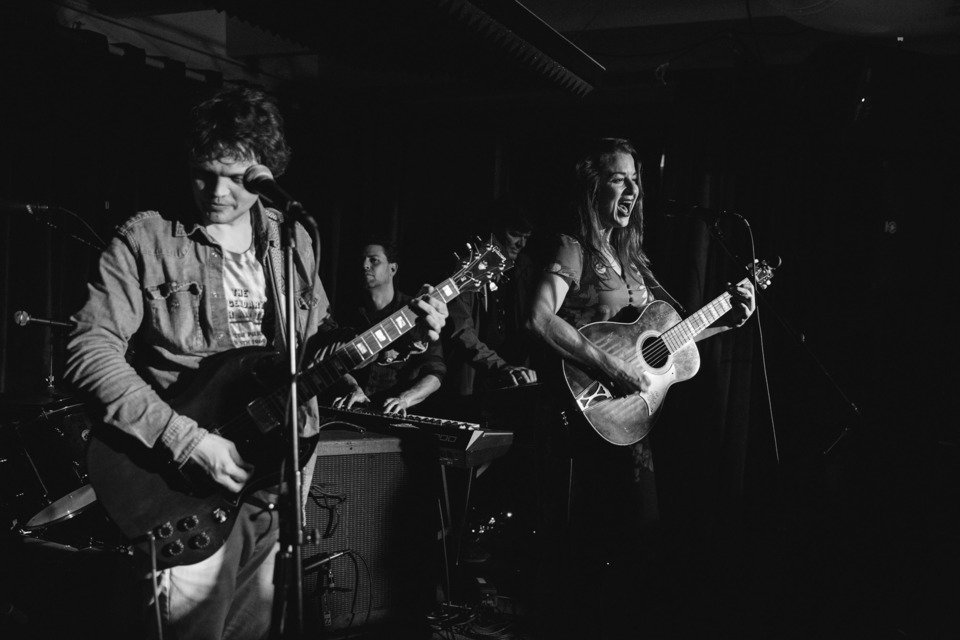 Cassie Berman with William Tyler Band and Friends at Drkmttr

For our annual Rock ’n’ Roll Poll, we once again surveyed a select group of Nashville’s finest rockers, rollers, bookers, bloggers and more, and asked them what got their attention — good and bad — in the local scene this year.

What local artist or band ruled Nashville in 2019?

Rashad tha Poet is 1) a dope MC; 2) author of Elevate Your Vibe; and 3) an ascending motivator on the lecture circuit. I don’t think we’ve seen anyone exactly like him in Nashville. —Greg Bryant

Thelma and the Sleaze —Joseph Page

The War and Treaty —Jerry Pentecost

I’m biased, but the entire YK Records family crushed it. The Mute Group, Patrick Damphier, The Robe, Fetching Pails and The Medium all had wonderful releases. —Michael Eades

Boring Tony and the Rockin’ Americanas playing The Last Waltz every Thursday at 8. —Jeremy Ferguson

Everybody ruled who did it for the love. —Ben Swank

What local artist or band is going to rule in 2020?

Look What I Did —Nathan Conrad

The Marcus Finnie Band features an A-list drummer/composer/bandleader with an equally inspiring and versatile cast. APA, Madison House, William Morris, etc.: Lend an ear and get these guys on a roster. —Greg Bryant

Wade Sapp, if that new album he has in the can sees the light of day in 2020. —Jeff Meltesen

I heard G.U.N. is releasing an LP. —Jesse Rhew

Notelle. If you haven’t seen her live yet, run (don’t walk) to her next show. —Tyler Martinez

What was your favorite discovery this year?

A lot of the Nashville pop scene is not for me, but some gems from Jonie, Bantug, Wildfront and others have been real satisfying. There’s so much diverse, good, music in Nashville — you’ll never run out. —Michael Eades

The N/A Dance Party series features a diverse array of local and regional DJs, while also advocating for safer dance parties, hiring security and posting signage at their events that dictates zero tolerance for harassment or bigotry of any kind. I’m so excited to work with N/A in 2020. —Rian Archer

Experimental music is making a resurgence similar to what was happening in Nashville in the early 2000s. —Brian Siskind

Rich Ruth. Some of the best, headiest ambient New Age music being made anywhere in the world — and he’s right here in Nashville. —Luke Schneider

Ray Gun (not to be confused with RAYGUN). Big, loud, ugly rock, with a beat you can dance to. —Mike Shepherd

The Cosmic Collective has the best blend of melody, quirkiness and chops that I’ve seen in a long time. —Greg Bryant

Anne Malin’s 2018 album Fog Area is a lucid dream of a record. Grateful that 2019 brought her and William to Nashville. Diatom Deli’s TQM, also from last year, is another I’d previously missed: a spacious, transporting gem. —Joe Kenkel

Jasmin Kaset and Quichenight’s Tuxedo is a masterpiece. —Patrick Orr

Locally: Slush! They are a delight of dream pop and shoegaze. Not locally: Squid (U.K.). —Megan Loveless

Courtney Marie Andrews. When Bluegrass Underground booked her for the 2020 PBS TV taping, I started digging in, and her songs and voice are beautiful and big. —Jeff Meltesen

R.I.P. Depression Breakfast. But damn, that farewell show was the sendoff of a lifetime! —Joe Kenkel

Dancers? But they’re still a band, kind of? —Chappy Hull

Rapper Internet Boyfriend broke up with Nashville and also broke my heart. NYC is a lucky mistress. —Rian Archer

Best music story of the year?

Kacey Musgraves cleaning up at the Grammys. —Jerry Pentecost

The diversity in the 2020 Grammy nominations. —Ellen Angelico

Michelle Sullivan’s return to the stage after beating a cancer diagnosis. —Ryan Sweeney

Brittany Howard’s return to performing and touring has been fantastic — and especially her KILLER new band. —Greg Bryant

I am glad to see Hammock reaching incredible heights with their TV and film scores, including Ricky Gervais’ acclaimed series After Life. —Brian Siskind

A teenage fan telling me that we are his 11th favorite band of the decade, and then listing the 10 he likes more than us. —Deezy Violet

*repeat repeat opening for The Black Keys on their arena tour. —Alex Mojaverian

That picture of Inter Arma with Freddie Gibbs and his daughter. —Chappy Hull

The fugitive bartending at Betty’s was crazy. —Zachary Prosser

Certainly not the “best,” but the most significant story was the passing of David Berman. R.I.P. —Luke Schneider

I was lucky enough to attend the private Billie Eilish set at Third Man. I just think it’s awesome that a small bunch of teenagers in a room full of industry adults are shouting “YAS” and “GO OFF QUEEN” on a record that Jack White put out. —Rian Archer

What trend would you like to see left behind in 2020?

Minimal to no inclusion of improvisational music groups on festivals — such as Live on the Green, Musicians Corner, AmericanaFest, etc. — is shameful. It’s nice to back up the artists on these bills year after year, so now’s the time for a few of our own bands to step out front. —Greg Bryant

Venues getting fined for flyers and posters. —Ryan Sweeney

People booking shows but not promoting them. —Tyler Walker

Pretending like Ornament aren’t some of the best songwriters in Nashville. Give them money. —Ben Swank

Our taxes being given to developers for businesses that do not serve the interest of Nashville residents. —Nathan Conrad

Everything is so produced, groomed and industry-calculated now in all popular music. I hope there is a return someday to wild, unabashed, authentic human expression in studio performances. —Brian Siskind

Treating Bandcamp as a second-class platform. It’s a direct line of potential profit and a fantastic way to help get music discovered. —Michael Eades

“I’d buy your tape, but I don’t have a player!” —Adam Reid, Blake Patterson

Everyone moving to L.A. :( —Tyler Martinez

Bitching about not being nominated for awards on social media. Whoooo caaaaaaaares. *fart noise* —Liz Meade

The strict, unspoken no-dancing policy burdening our dear musical community (this excludes everyone at the King Kong show at Betty’s in October). —Lauren Turner

The “No Smiling” movement. —Jerry Pentecost

When bands sign their first crummy little deal and decide that it’s time to get a Nord keyboard. Two years later: deal’s gone, stuck with the Nord. —Austin Hoke

Who deserves more coverage than they got in 2019?Every single female and gender-nonconforming DJ/producer in Nashville. I see you, I love you, and I can’t wait to book you in 2020. —Rian Archer

Cassidy Gephart has killer piano chops, awesome songs and some of the best musicians in town backing her up. —Laurel Sorenson

Chris Davis continues to go above and beyond as an experimental music curator and musician. His FMRL series is one of the gems of the Nashville music scene. —Patrick Orr

Whatever Brian Wright has going on at Café Rooster Records. —Chris Sunday

What was your favorite local record of 2019?

Lambchop, This (is what I wanted to tell you) —Chris Sunday, Patrick Orr, Jeremy Ferguson

Abstract Black, In Circles With Self —Nathan Conrad, Blake Patterson

Crave On’s Ace on the Outspeaker. Imagine scuba-diving in honey, surrounded by one jellyfish per each Bob Dylan album, all sampling and refracting timeless truths into a postmodern glory-slime! —Lauren Turner

Aside from YK releases, I’m very partial to the Crave On, Faux Ferocious, Twen and Heinous Orca releases. There are at least 40 more records worth listing. —Michael Eades

The Medium, Get It While It’s Hot —Ryan Donoho

The Ascent of Everest, Is Not Defeated —Kyle Numann, Jesse Rhew

What was your favorite local song of 2019?

Brittany Howard’s “Goat Head” tells an honest story about what it is to be mixed-race in the South, and it grooves. —Laurel Sorenson

“End of the Night” by Taylor Noelle has been stuck in my head since the beginning of the year. —Tyler Martinez

Bleary, “Ghosts”; Crave On, “Ouroboros”; Ziona Riley, “Bury This Heirloom”; Anchor Thieves, “Long Way Out”; German Error Message, “Murmuring”; The Mute Group, “Rodney O”; Adrienne Franke, “Plans to Save.” I’ve got a playlist of 100 songs from 2019 you should get your hands on. —Michael Eades

Charlie Whitten, “Out of This” —Tyler Walker, Caroline Bowman

The Spaceship of the Imagination, “Hold On to Christmas” —Leah Miller, Rachel Warrick

Lillie Mae, “You’ve Got Other Girls for That”; Chrome Pony, “Takin’ My Time” —Chris Sunday

Best show of the year?

Ahmad Jamal at the Schermerhorn. Eighty-nine years old, been making records since the early ’50s and still killing it. Legend of legends. He had never played Nashville before — it was profound. —Brian Siskind

Ahmad Jamal at Schermerhorn Symphony Center. They should license that show to his label for an official release. —Greg Bryant

FMRL organized the best shows in town. Altered Statesman and JayVe Montgomery blew me away with each of their sets at Big Ears, in addition to playing locally throughout the year. —Joe Kenkel

So remarkable to see Diatom Deli go from playing open mic nights all those years ago to opening for Deerhoof, my favorite rock band. —Kyle Numann

Spewfest 4 was insane. Any show I’ve seen at Soft Junk — like Juan Wauters or the Fond Object farewell show — could be the best show of the year, too. That space is so special. —Megan Loveless

Dead Soft at Drkmttr, or Spewfest, which was insane this year —Deezy Violet

Nordista Freeze at BobFest! Multiple stage dives, jumping into a river mid-set, puking off the stage and continuing. —Samantha Zaruba

Tie: The Oblivians at The 5 Spot, Mudhoney at the Beast —Ryan Sweeney

The Raconteurs’ Night 2 at the Ryman —Ben Swank

She’s a Rebel has the best musicians, the best singers, and the most diverse lineup. Plus, every song is a banger. —Laurel Sorenson

*repeat repeat with The Black Keys at Bridgestone Arena, Lizzo at the Ryman —Brandon Jazz

Dorian Electra at The East Room. I’ve never seen so much glitter and gender-fuckery in one place in Nashville. Ever. —Rian Archer

Smoke the Bowl at Two Rivers Skatepark featuring G.U.N., Waxed, The Suicides and Z. It was so gnarly to bertslide the banks while G.U.N. ripped through their set. —Jesse Rhew

Michael Eades: curator, YK Records and We Own This Town

Laurel Sorenson: lead singer and writer, Laurel and the Love-In

Ryan Sweeney: all of the above at Sweet Time Booking; pizza man; drummer, The Shitdels and The Rip Taylors

Deezy Violet: The worse half of Sad Baxter