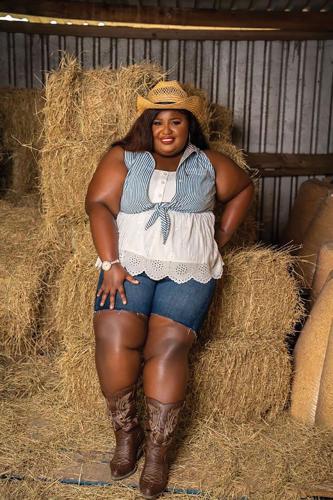 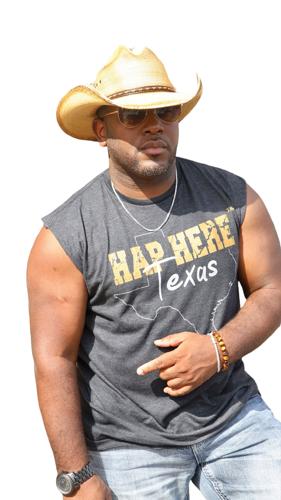 Despite the ever-present calls for “real” country music and condemnation of what many listeners deem to be “pop country,” the truth is that as time and culture have progressed, so has the sound. Country music is no different than any other genre in that it has seen many trends come and go as the music has evolved. The same listeners who condemn pop country tend to happily enjoy artists like Luke Bryan, whose catalog boasts hits with strong pop influences such as “That’s My Kind of Night.” With country music, the unwritten rule seems to be that nontraditional country music influences are welcome, so long as they are coming from an approved source.

While pop country has been frowned upon, the idea that hip-hop could or would fuse with country has been downright shunned. The country music industry has long kept the gate shut against the inclusion of Black people in all facets of the mainstream industry. Their influence, however, has always been present. Contemporary hitmakers like Sam Hunt, Florida Georgia Line and Colt Ford have embraced hip-hop influences in their music and seen monstrous success in doing so. What’s been missing from the industry is Black people — the originators, heart and soul of hip-hop — to assert hip-hop influences within the genre.

Recently, notorious country music artist Morgan Wallen found success in a collaboration with rapper Lil Durk. While some would expect this as a next step for a genre that’s being forced out of its comfort zone, the reality is that it’s a perpetuation of the harm caused by the genre to an entire culture — not to mention that Black people played a major role in the birth of country music, and Wallen hurt their descendants by using the N-word. To Black listeners, the move felt like a smoke screen for Wallen’s bad behavior. Collaborations that are little more than public relations maneuvers are no step forward. But there is something else new and exciting happening in the country realm.

As the movement for a more inclusive country music landscape plows forward and grows louder, Black artists are becoming more vocal about their appreciation for country music and are reclaiming their right to craft it in new and exciting ways. Some are not only incorporating hip-hop influences but also thoroughly blending the genres from an authentic perspective.

In 2019, Lil Nas X planted the seeds for the emerging movement, using his internet marketing mastery to create a viral hit with “Old Town Road.” While the country music industry actively fought against it, the song saw worldwide success and no doubt inspired many of the cross-genre projects that artists are now making. “I do think [Lil Nas X’s influence] is here to stay as long as it is conducive and beneficial to the culture of the genre,” says Dallas artist Hisyde. “Take Jimmie Allen and Nelly [collaborating], Kane Brown and H.E.R. It’s here to stay. All it needed was a window of opportunity.”

After spending years working behind the scenes in music, in 2021 Hisyde stepped to the front of the stage with a unique sound that melds country, hip-hop, blues and soul. For Hisyde, it’s a natural expression of the way he sees himself.

“When I decided to infuse hip-hop, blues, gospel, R&B into country, it wasn’t that I wanted to create a new version, or create a ripple in the much-beloved genre that would take away from the art of country music,” he says. “I was just introducing my country music fans and supporters to my life — to my upbringing, the rich history and culture that is the core essence of who I am. I am hip-hop, I am blues, I am R&B, I am soul, I am gospel, I am country.”

While it may appear at first glance that these experimentations with the genre will forever live on the fringes, Hisyde predicts a shift. “I think that the newer generation of country music listeners long for their favorite hip-hop or R&B artist to be infused with country,” he says. Still, he acknowledges that the willingness of listeners to embrace something new may not be enough. “But as in all industries, there are invisible rules and influences that determine what is acceptable and who gets to introduce it to mainstream country.”

The woman behind “Big Ole Wagon”  — a hip-hop/country crossover track that racked up hundreds of thousands of plays on Facebook, Twitter and TikTok — was surprised to find such a large audience. “It was honestly an experiment,” says Houston-based Chiyanti. “I just wanted to do something different. Wasn’t expecting people to go for it this much.” The song is undeniably hip-hop, with a fun, upbeat sound behind clever and confident lyrics. It’s also undeniably country, emphasized by expert fiddle licks from Dominique Hammons.

Though hip-hop, pop and R&B influences are not new to country music, what is new is the fact that Black artists are leading the charge. There have not been many Black artists welcomed into the country music industry over time. When they did attempt to gain acceptance, they were warned that they needed to behave and make music in a certain way. In a 2020 interview with CNN, Mickey Guyton recalled being told that she needed to make sure her songs sounded country and did not sound like R&B. Chiyanti was aware of this double standard and decided to push forward anyway.

“That honestly was a concern in the back of my mind, like, ‘This isn’t traditional country,’ ” she says. “Will they even accept it as country, or welcome it in the genre? But I just said, ‘I don’t have time to worry, just do it. I’m a creative, I can’t limit myself.’ If I want to do it, I’m going to do it.”

Artist and Apple Music Radio host Breland has laid out a blueprint for what these artists might hope to achieve. After a successful career in hip-hop and R&B, Breland began experimenting with blending those sounds into country music back in 2019, following the success of “Old Town Road.” His song “My Truck” was a sensation. “I was aware of the fact that the biggest record of all time is a country-trap song by an unknown artist from Atlanta and now no one else is putting out songs that sound like that,” Breland told The New York Times back in 2020. “Wide open. Why on earth would I not give it a shot.” Since then, mainstream country has welcomed Breland. He’s collaborated with country chart-toppers like Dierks Bentley and Keith Urban — proving that the intuition he used to develop his sound was spot-on.

The call for “real” country music has revealed itself to be nothing more than a weapon against the diversifying of the genre. Black artists are beginning to say “no more.” If the goal is an authentic sound, artists like Chiyanti and Hisyde are giving compelling examples of what that could be. And they’re doing it in exciting ways that have the potential to reach a much wider audience than the industry typically markets to.

The state of country music now and in the year ahead