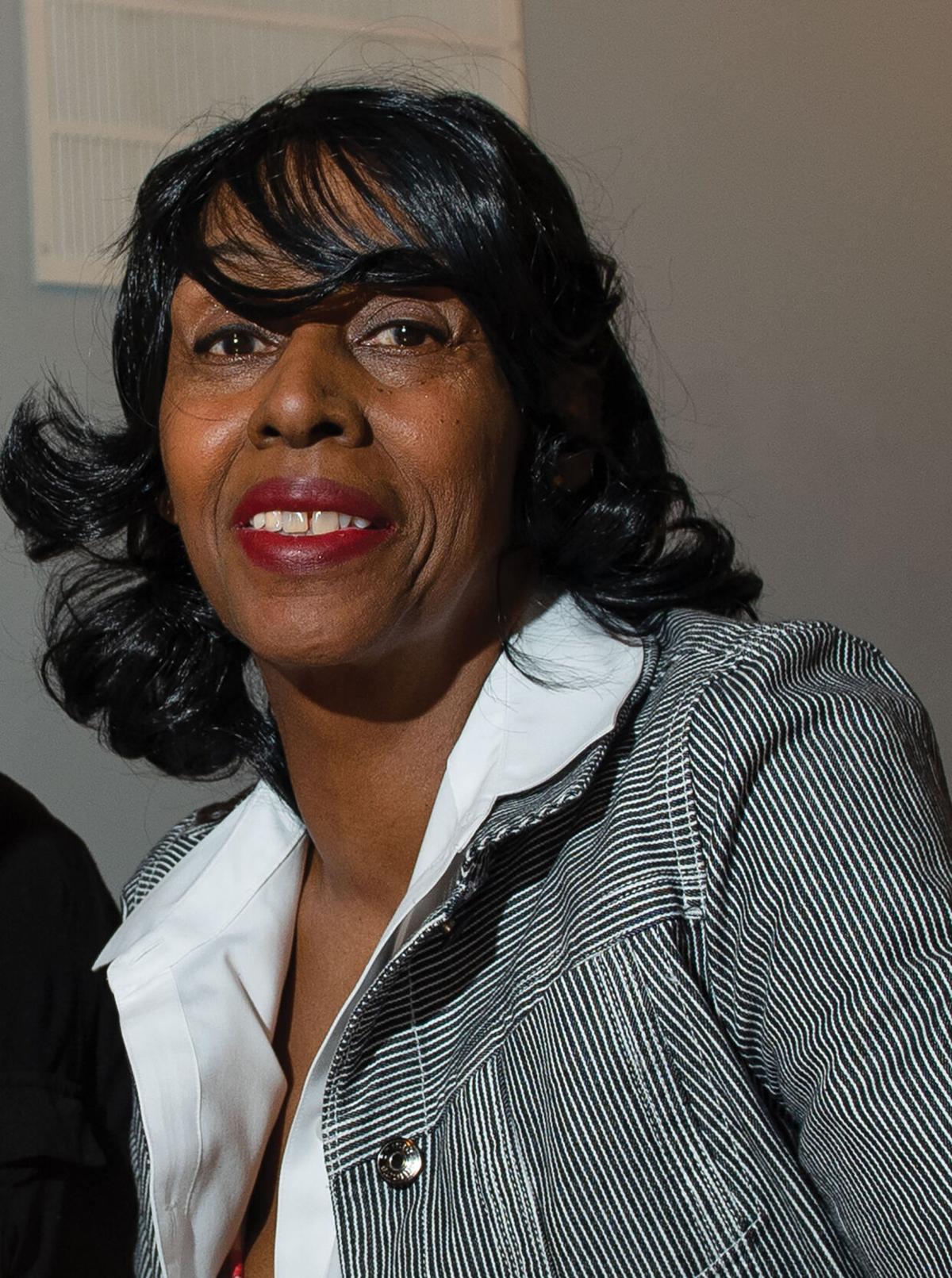 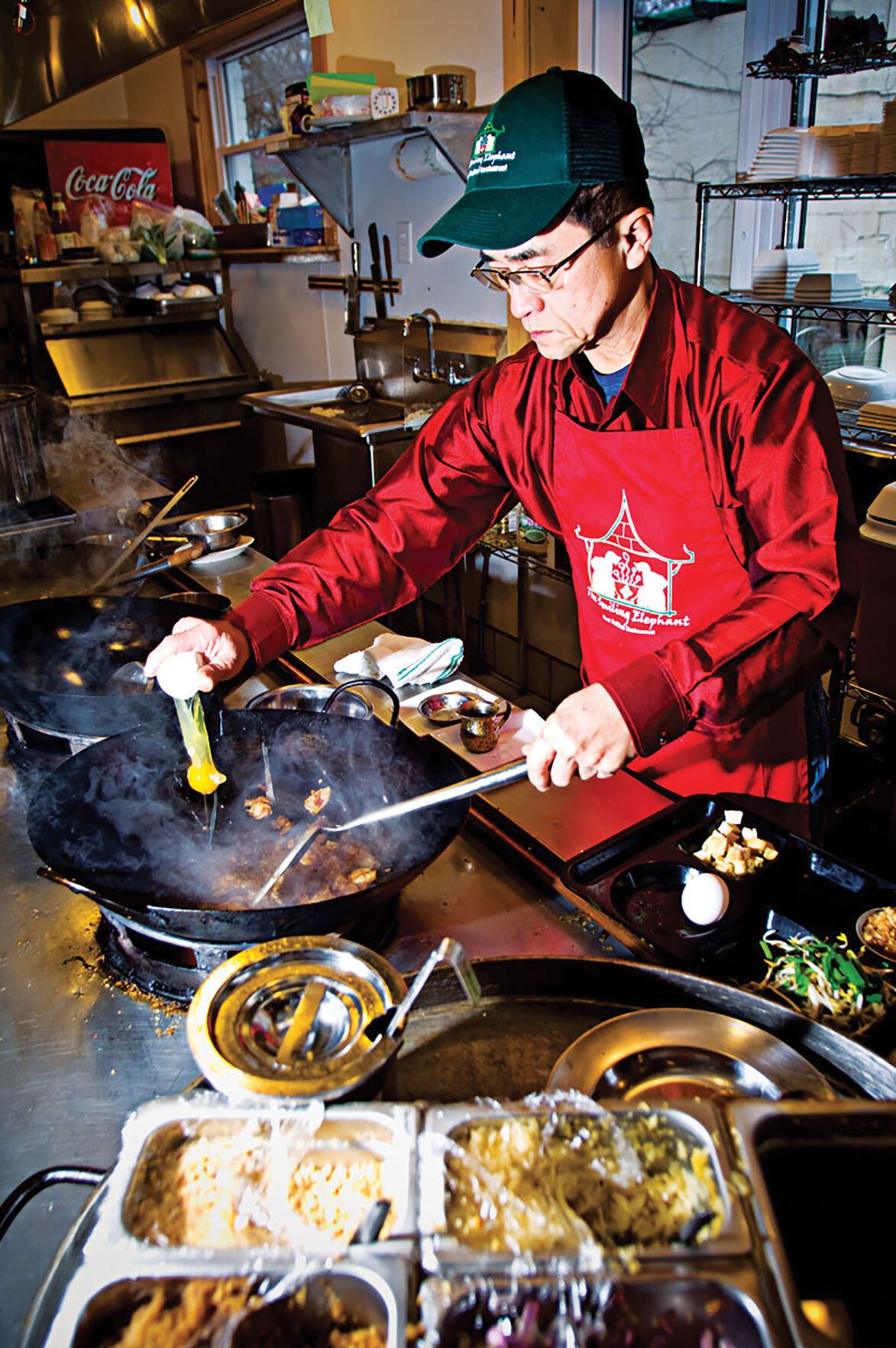 After a successful career as a banker, Sandra Austin looked for a post-retirement challenge. She decided to turn her avocation as a baker into a vocation by opening Shugga Hi Bakery and Cafe with her sister, Kathy Leslie. From 2016 until her death in September, Austin helped run an important gathering spot in an underserved community that became popular as a joyful after-church destination during their Jazz Brunch.

The sisters’ attitude toward hospitality was inspired by their mother. “Our mother was a full-time nurse,” says Leslie, “but she always made time to cook the family a full meal, including dessert. We wanted to create a place where people could enjoy what we experienced: eating, having fun, listening to music and dancing.”

Even more impactful was Austin’s dedication to serving the community around Shugga Hi’s Dickerson Pike location. “She always said, ‘It’s not a shame to be hungry — it’s a shame not to be fed,’ ” says Leslie. Austin spearheaded an annual Community Harvest Meal around Thanksgiving, where the Shugga Hi staff fed hundreds of people for free. A connection with World Food Kitchen and local community development organization Rethink Nashville has allowed Shugga Hi to provide meals to neighbors struggling with food insecurity.

Even after her sister’s passing, Leslie remains committed to her legacy of selfless hospitality. “We’re going to make it bigger and better,” she vows. “Sandra was the most kindhearted, loving person I’ve ever known, and she always looked for the opportunity to serve others. She was always doing, helping, working and blessing, and her angelic spirit lives with us all!” —Chris Chamberlain

Long before hot chicken became a flavor used to season everything from potato chips to ramen noodles — and long before it was appropriated by fast-food and chain restaurants — Nashville’s most famous culinary calling card was the domain of the originator Prince’s Hot Chicken as well as Columbo’s Hot Chicken. The latter was opened in the 1970s by former Prince’s fry cook Bolton Polk at the western foot of the Shelby Street Bridge. Nashville’s most ardent hot chicken promoter, former Mayor Bill Purcell, had his first hot chicken experience in that humble store, and told author Timothy Charles Davis for his book The Hot Chicken Cookbook, “From the first bite of hot chicken, I knew life would never be the same.”

When redevelopment in the newly branded SoBro neighborhood and Polk’s failing health closed Columbo’s, there was a hiatus until its glorious resurrection in 1997 as Bolton’s Spicy Chicken & Fish. His uncle’s recipe in hand, Bolton Matthews and his wife Dollye Graham-Matthews opened what was originally a take-out-only window at 624 Main St. in East Nashville. In 2007, Bolton’s and Prince’s laid the foundation for the first Music City Hot Chicken Festival, the annual event that attracts thousands to East Park every July Fourth. Though multiple hot chicken restaurants have been added through the years, Prince’s and Bolton’s maintain the most fervent fans.

In 2018, Matthews was diagnosed with stage IV colon cancer that had metastasized into his liver; a GoFundMe page set up to assist with the expenses of chemotherapy quickly raised more than its initial goal, then its second, much of it in small contributions from Bolton’s customers. In 2021, the city of Nashville passed a resolution honoring Matthews “for his contributions to the culture, economy, development, and panache of the city of Nashville.” Bolton’s, one of Main Street’s oldest Black-owned businesses, is recognized by the Southern Foodways Alliance as a Nashville Food Heritage Site. The resolution was presented to him in person at the restaurant on May 23. Ten days later, Bolton Leroy Matthews passed away.

Lamar Hurt, owner of Hurt’s Hot Chicken food truck, remembers his friend and his succinct but sage advice for success in running a business: “Never let your feet off the gas, baby.”  —Kay West

Even before Prayote “Sam” Kopsombut opened The Smiling Elephant with his wife Boonjit in 2010 on pre-boom Eighth Avenue South, the sign outside of the tiny building proclaimed it as the “Best Pad Thai Restaurant.” Their son Guy Kopsombut laughs: “He was very confident in his pad thai — he knew it was the dish on the menu everyone would love.” So confident, in fact, that the menu then and still advises diners to “please note our Pad Thai is not the sweet/sticky Americanized version but prepared traditionally with tamarind sauce and palm sugar.”

Sam Kopsombut came to America from Thailand roughly 40 years ago with $500 in his pocket. His sister Patti Myint had opened Nashville’s International Market several years before, and though he was frequently there, Sam worked as a mechanic at the auto shop he owned, PK Imports. But Guy says his father’s passion was for cooking, so when he finished his work at the shop each day, he and Boonjit worked on the space above it to create the restaurant they dreamed of.

They opened The Smiling Elephant with no marketing, relying on word of mouth from the community, the lines that always snaked from the door of the 10-table restaurant through the parking lot, and the smells that drifted outside. Guy says his sister Gift remembers that the first time she cooked there, some people walked in and said, “We don’t know what you’re cooking, but we want it.” So many people wanted it, in fact, that The Smiling Elephant has regularly dominated the Scene’s Best of Nashville readers’ poll since it opened. They still serve just one curry a day, and the dishes are home recipes developed by Sam and Boonjit with the mantra “authentic and healthy.”

Sam Kopsombut was happiest walking into the dining room, seeing people enjoying his food and talking with diners. “My father said when he had PK Imports, it was all business,” says Guy. “But when they opened Smiling Elephant, his customers became his friends.” —Kay West

When the Gold Rush closed permanently in February 2019, it was covered by every media outlet in town, and most of them interviewed Frank Hall, manager for the final 16 of its 44 years. Like the Exit/In across Elliston Place, the Gold Rush was a historic marker of the Rock Block. Unlike Exit/In — at least for now — the Gold Rush did not survive New Nashville. That’s how Hall saw it, and he wasn’t shy with his opinions.

Though he wasn’t from Nashville, Hall was familiar with its history, and was 74 when the bar closed. Fondly and with a laugh, Pamela Cole — co-owner of Fanny’s House of Music with Leigh Maples — recalls Hall as “an old folk singer and one of the gang of lonely old men who were our customers.” One of her best customers, in fact. Though he also did business with Gruhn Guitars, his affections lay with Fanny’s. “We liked the kind of guitars he collected, which were Harmonys and Kays, guitars like you’d get from Sears and Montgomery Ward catalogs. He loved those. He would put an old solid birch-top Harmony against any Martin that existed. There are a lot of brand snobs in this business, but Frank was not one of them.”

Cole says they could often cajole him into playing and singing when he came by the store, but they could not talk him into letting them catalog the 336 guitars he kept in his home. A stroke in late 2020 left him paralyzed on one side, and when he was transferred to rehab, Cole was unable to visit due to COVID, which is what he died from on Jan. 1. His ex-wife and son contacted Fanny’s to manage archiving and selling “his babies.”

A member of the Serendipity Singers in the ’60s — a folk group that performed at Woodstock — Hall liked to tell people that right before the helicopter scene in the movie, his face was on screen for at least a second. “He had a lot of stories,” says Cole. “Some of them were true and some were long, tall tales. He was a special man, and we miss him.” —Kay West

Commemorating some of the irreplaceable Nashville figures we lost this year