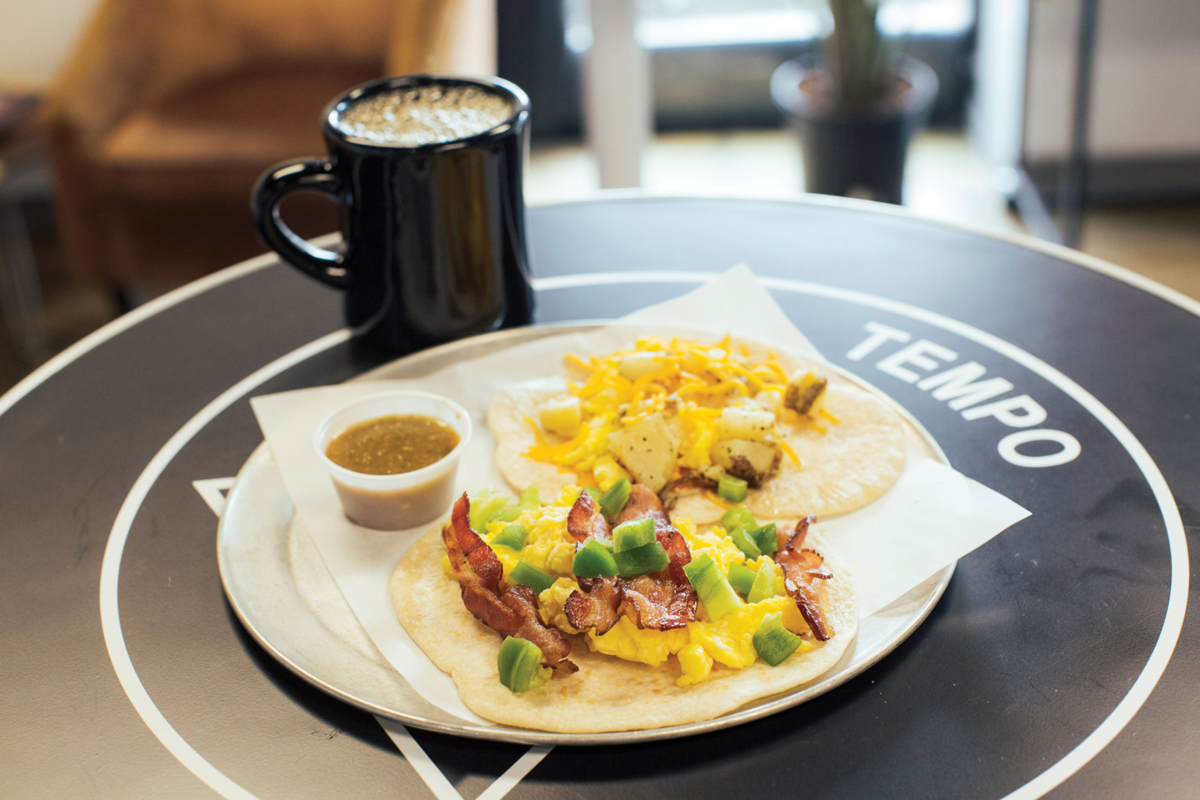 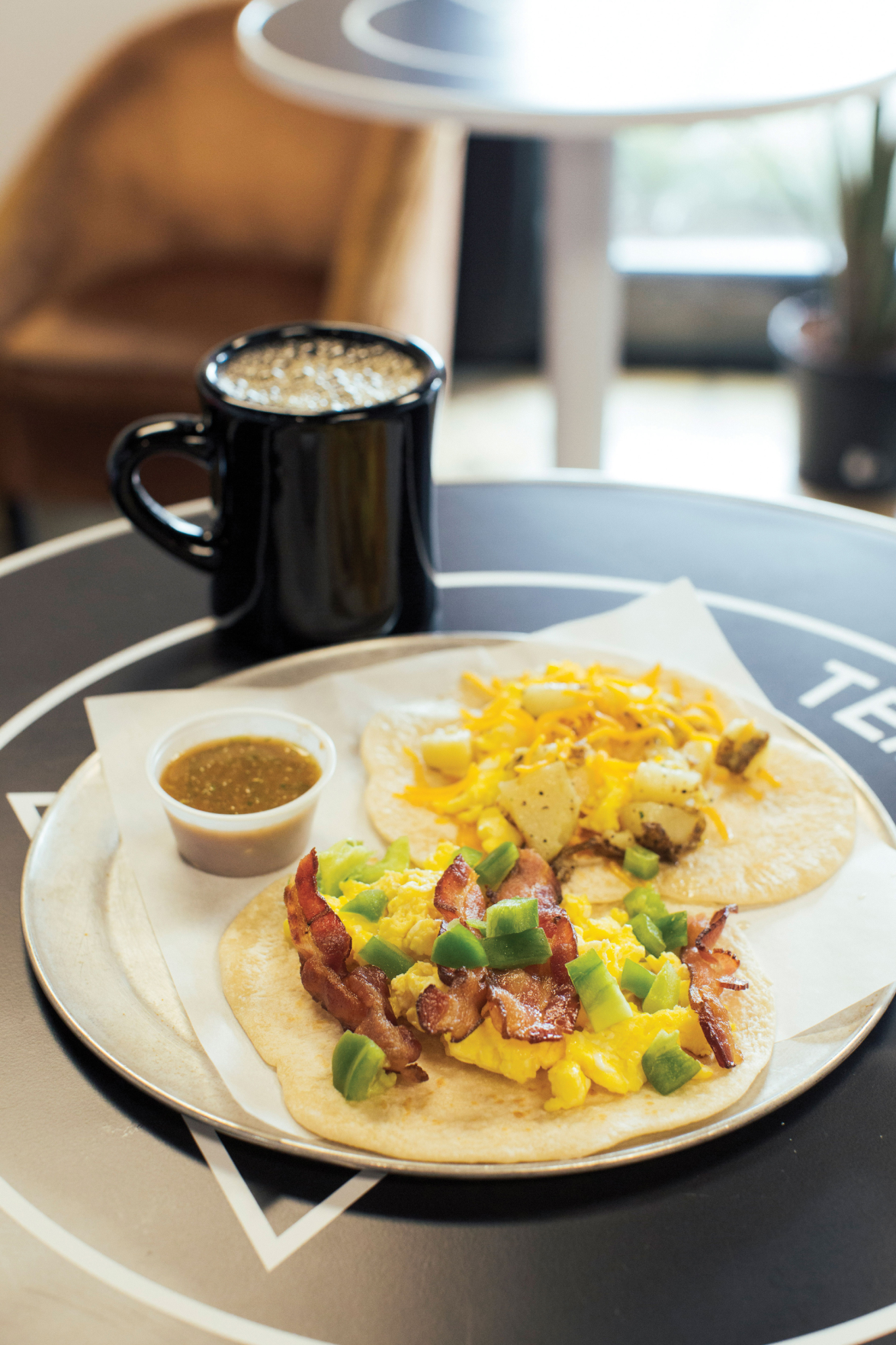 Let’s get one thing on the record: Tacos for breakfast are a supremely good idea. Not enough places serve them, and to be honest, we at the Scene don’t understand why. They’re a relatively simple way to put a lot of flavor on the plate. At Nolensville Pike’s Tempo — a Tex-Mex-inspired coffeehouse that opened in September — you can get a pair of breakfast tacos and a cup of coffee for just $8.

The flour tortillas are warm from the griddle and topped with your choice of egg and either chorizo, sausage, bacon or potato. While they’re all good options, the potato-and-egg version is head-and-shoulders above the meaty versions, and when topped with the house salsa, it’s a nice way to start the day with a kick. At $8 for a very filling meal, it’s a steal. If by some act of grace Tempo adds a churro to the menu that I can have with my coffee, I might just move in there.