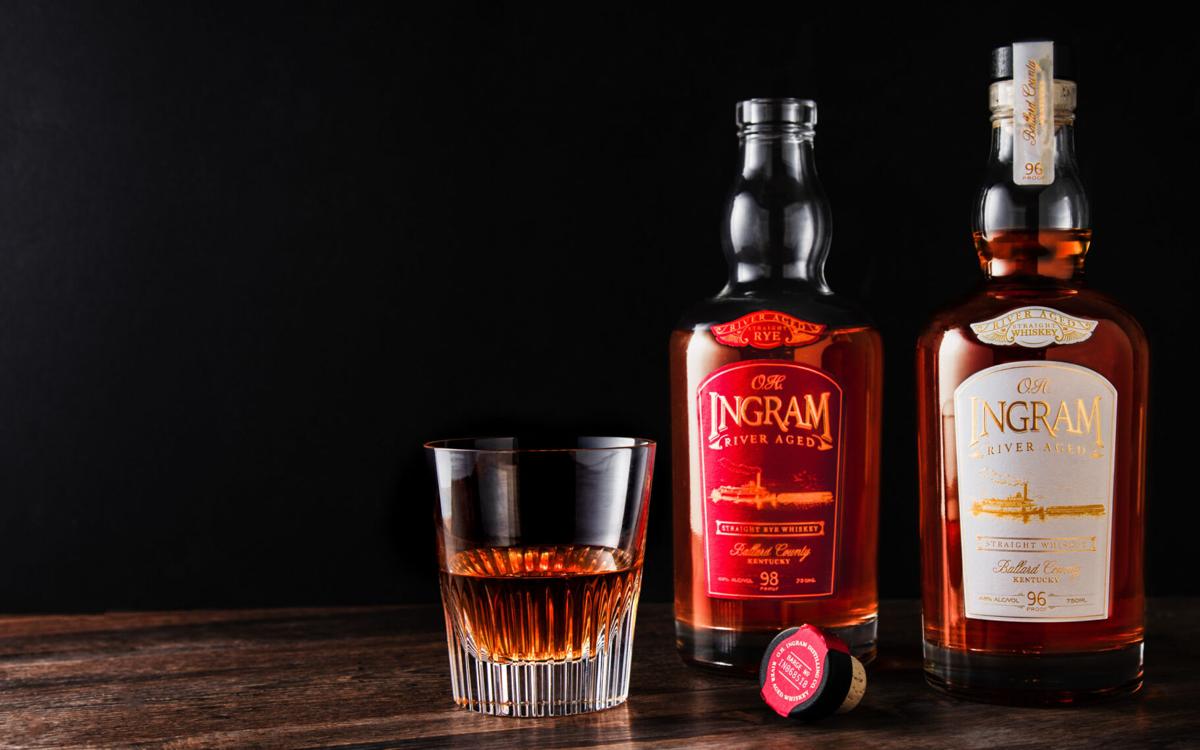 When O.H. Ingram released its first product in 2020, we knew the rye wasn’t going to be the end of the product line. The sourced whiskey was novel in that it was aged in barrels resting in a converted barge on the Mississippi River in Ballard County, Ky., taking advantage of the rising and falling of the water to agitate the whiskey inside the oak casks to accelerate the aging process. The result of this slightly gimmicky way of aging whiskey did produce a rye that was nuanced beyond its years.

Since then, founder Hank Ingram has released a 96-proof straight whiskey and a 100-proof flagship bourbon. All three of their products have scored well on various tasting panels and received multiple national spirits awards. Not one to rest on his laurels, Ingram has recently come out with yet another interesting product, the Ingram River Aged Straight Bourbon Whiskey.

Other than the higher proof level — it clocks in at 105 proof — this whiskey has a unique mashbill that contains a fairly high percentage of wheat instead of the traditional rye as an adjunct to the corn and barley in the blend. “Wheaters” are quite popular with many whiskey drinkers, with the Pappy Van Winkle line being the most famous example of the style.

The result is a slightly sweeter whiskey: Think of a Wheat Thin compared to a rye cracker. It’s especially apparent in the finish of the whiskey as the floral nose gives way to a nice leathery vanilla character. Tennessee is fortunate to be one of just a few states where this whiskey is currently available, so you might want to snatch up a bottle when you see it.

Hank Ingram is pretty darned proud of what he’s accomplished in such a short time, saying: “The release of our much-anticipated wheated Straight Bourbon is the perfect start to what will be a big year for O.H. Ingram. Since launching just over a year ago, it’s been fantastic to see how our story has resonated with folks searching for something unique in a crowded whiskey market. It’s a daily joy to see the enthusiasm grow as folks come back to replenish their shelves. As we hunker down in these colder months, I’m sure people will agree the Straight Bourbon is a needed addition to any bar.”

That includes your home bar, so clear a space for this bottle!