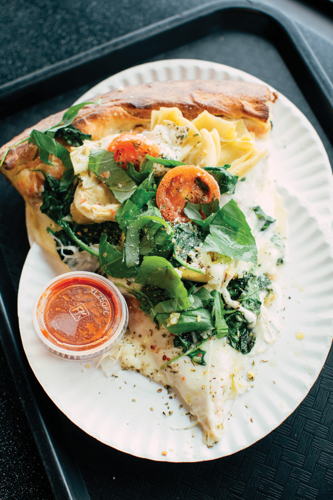 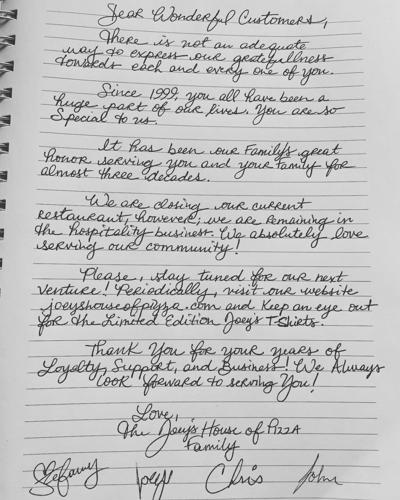 In a handwritten letter posted via its Instagram and Facebook accounts, popular longtime restaurant Joey's House of Pizza announced on Sunday that it is closing its doors.

The family-owned pizzeria opened in Brentwood in 1999, relocating to Elm Hill Pike roughly a decade ago. It has been known to pop up in the Scene's Best of Nashville Readers' Poll in both the Best Italian and Best Pizza categories.

In their announcement, the Joey's family notes that they will remain in the hospitality business, asking customers to keep an eye on their website for more news. Calls to the restaurant on Monday morning were met with a voice mail message thanking Nashvillians for their loyalty and noting that "this location is closed." Read the full announcement below.