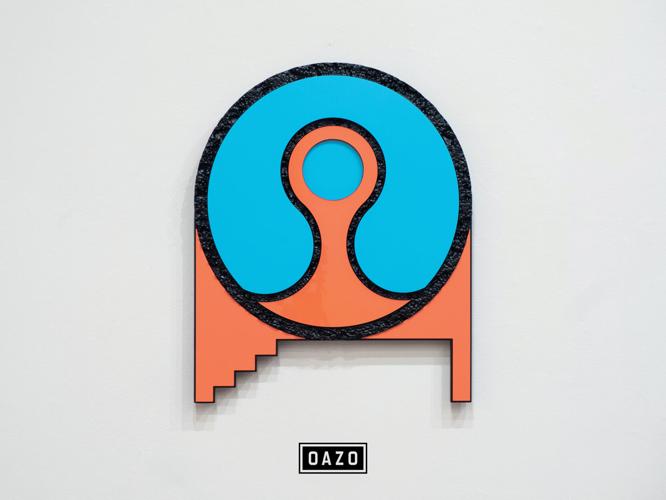 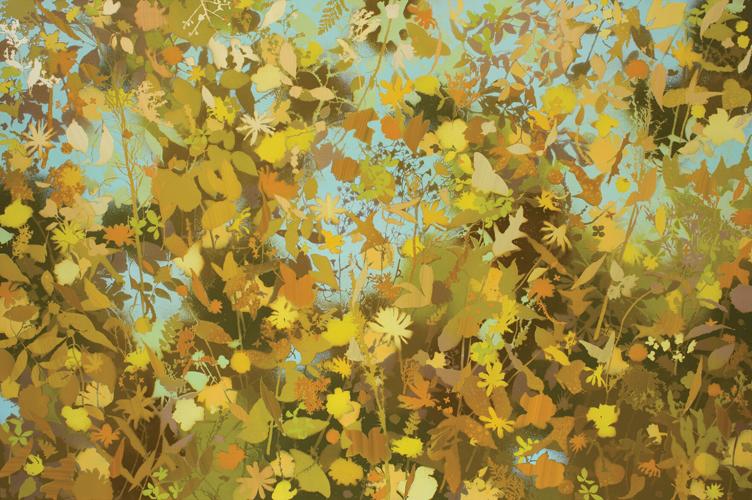 It’s not technically fall yet, but kids are back in school, there are orange-frosted pumpkin-shaped sugar cookies at Kroger, Bass Pro Shops is already almost finished with its Fall Hunting Classic Sale, and I’m getting the itch to start saving horror films to ye spooky and wicked olde DVR. Autumn is in the air, even if not yet on the calendar, and September’s First Saturday events feel like a reset following a pretty great summer art season.

No September show speaks as directly to the shift from summer to fall as Carlyle Wolfe Lee’s Golden exhibition at David Lusk Gallery. Lee’s painterly practice has always found inspiration in natural forms, hues and textures. And Golden’s drawings, watercolors on paper and painted panels combine saturated colors and diffuse light to capture these moments when the long, hot summer gives way to the harvest season. David Lusk will hold its regular hours this Saturday from 10 a.m. until 5 p.m.

Zeitgeist is coming off of its Shipmates and Keep Dreaming shows. On their surfaces, Shipmates’ excavations of Moby Dick and Keep Dreaming’s high-and-low-art send-ups might seem unrelated. But both shows are collaborations created by collections of artists in service of broad cultural explorations across disciplines, genres and history. For September, Zeitgeist is back to its old trick of displaying side-by-side solo exhibitions in its expansive Wedgewood-Houston location. This pair is another example of shows that seem like opposites, but these two fit together like a pair of tarnished, grimy spoons. Alena Mehić’s highly look-at-able paintings offer post-socialist cultural landscapes informed by architecture and political photographs to capture the memory politics of the former Yugoslavia. Dark Humor is smart and funny, but I’m mostly about these paintings for their own sakes. David Piñeros’ Skullcap takes its name from the artist’s upcoming book of candid street portraits. The show includes 10 black-and-white photographs that capture the dark delights of late-night living among various subculture scenes right here in Nashville. The gallery is open from 10 a.m. until 6 p.m. this Saturday.

Unrequited Leisure’s excellent summer run included Raheleh Filsoofi’s visceral video art and sculpture installation, Artifacting, and Sarah Lasley’s mesmerizing and hilarious Dirty Dancing homage video, How I Choose to Spend the Remainder of My Birthing Years. The gallery’s September show, Mediating, includes a combination of videos in a conversation about history and ritual in spiritual practices, and the manner in which these are documented, distorted, expanded and experienced by and through new-media technologies. Mediating includes contributions from Nashville native, artist and educator Maria Molteni, as well as Vidya Girl, whose art explores the overlap of her Indian heritage and the culture of her home base in Houston. The gallery will host an opening reception on Saturday from 5 until 8 p.m.

Coop Gallery opens Infinite Views: Matthew Willie Garcia Saturday night. Garcia’s prints shimmer with cosmic colors and swirl in galactic gestures, exploring our universe from quantum quarks to big bangs and back again — these remind me of the great John Buscema’s art in vintage Silver Surfer comics. Garcia will be on hand for Saturday’s opening and taking advantage of Coop’s big, newish space at The Packing Plant to drop a little knowledge on gallerygoers with a demonstration of his Japanese woodcut printing techniques. The gallery will host an epic reception from 1 until 9 p.m., and Garcia’s demonstration is scheduled to start at 3.

Margaret Timbrell’s conceptual needleworks combine traditional images with satirical messaging to send up capitalist ideals in homespun displays from the heart of the consumerist dystopia. Timbrell’s meticulous creations include all the fluffy birds, cuddly creatures, flowers and plants you can find on the abandoned needleworks at your local thrift store. But then she adds text like “Head of Demand Generation” or “CEO of Failure Management” to create works that are as cheeky as they are critical. Open will host a reception for her work from 6 until 9 p.m. Saturday night.

On the East Side, Red Arrow Gallery opens Aaron Worley’s Your Arm on My Shoulder with a Saturday night reception from 6 until 9 p.m. This display of colorful action paintings is Worley’s first solo show at the gallery.

Tinney Contemporary gallery manager Joshua Edward Bennett will be getting his own turn on the walls in September. Bennett’s solo exhibition, Oazo, opened on Aug. 27, and Tinney will hold an opening reception for the show this Saturday from 2 until 8 p.m. According to his website, Bennett has done at least two other iterations of shows titled Oazo: a 2016 show of black-and-yellow paintings and sculptures at Good Children Gallery in New Orleans, and Bennett’s 2019 MFA thesis exhibition at Carroll Gallery at Tulane University. Oazo means “oasis” in the Esperanto language — an auxiliary tongue meant to aid in international communications, constructed by Polish ophthalmologist L.L. Zamenhof in 1887. Zamenhof mixed Indo-European vocabulary, syntax and semantics with additional vocabulary from Romance languages, contributions from Germanic languages, and the influences of Slavic grammar and phonology to create the world’s most widely spoken constructed language. Bennett mixes a similar gumbo of elements with this latest version of Oazo, mixing objects, design, text, sound, smell and light to create an ambiguously charged ritual space that’s both a utopia and a mirage.