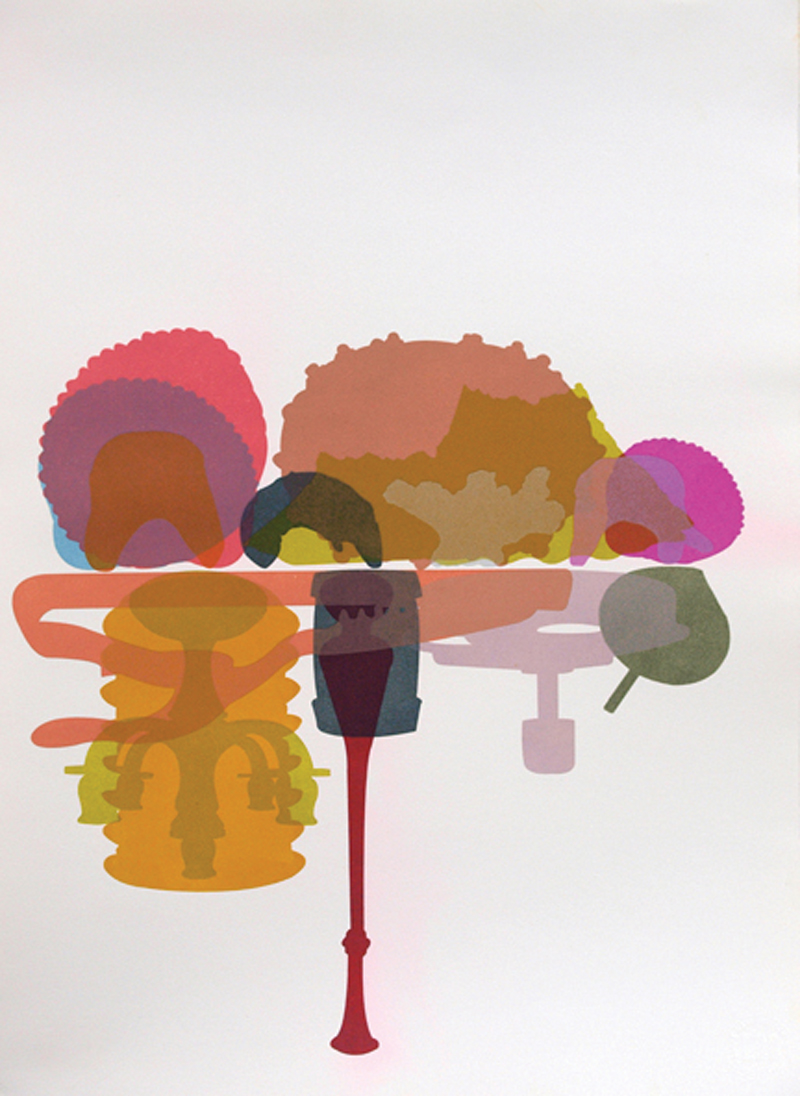 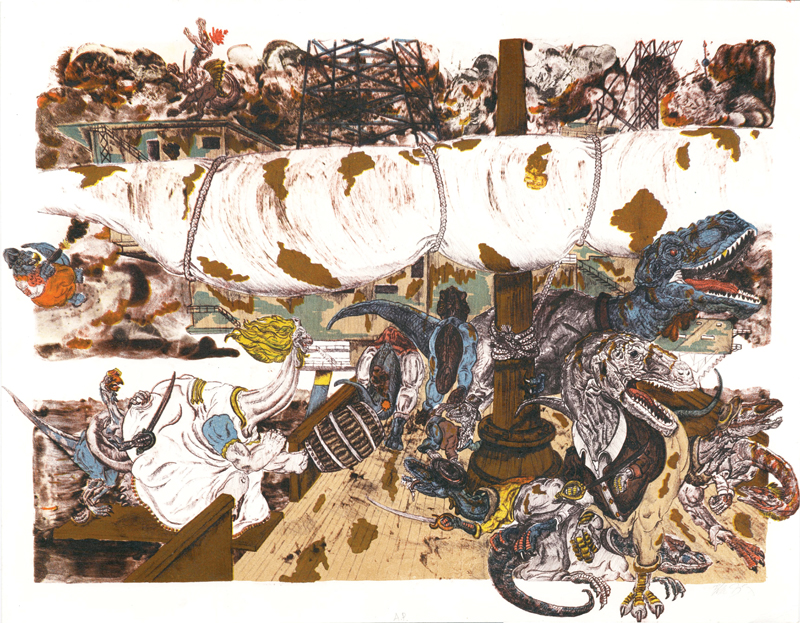 If printmaking were a religion — and some would argue that it is — art professors would be its preachers. They attract outside talent to expand their program's artistic breadth, and they shape the vision of students who may very likely be defining the city's visual identity for years to come. But far from being wonderlands of community creativity, most universities remain fairly insular worlds. Not only do university art events often stay under the radar of the larger public awareness, but many times students from one university never step foot onto another's campus, no matter how much they could stand to learn from the experience.

Nashville Print Revival, a citywide printmaking symposium comprising events, workshops and exhibitions throughout Nashville, is structured to reflect the printmaking ethos: to be hands-on, collaborative and as inclusive as possible.

"There is a lot of energy in the print community," says Mark Hosford, a printmaker who teaches at Vanderbilt and is represented by Cumberland Gallery. "Creating small symposiums and happenings are a way to funnel that energy locally. This is our way of engaging people in Nashville."

The printmaking symposium, whose title refers to printmakers' passion to spread the word of their craft as well as the event's galvanizing goals, brings several of Nashville's most influential teachers together, independent of their institutions' goals. Hosford will be joined by Brady Haston from Watkins, Belmont's Jessica Owings, Bowling Green State University's Blake Sanders, Murray State's Hannah March Sanders, Meghan O'Connor and Andrew Kosten from MTSU, TSU's Jennifer Leach Haston, Austin Peay's Jesse Shaw, and University School of Nashville's Lesley Patterson-Marx. But that's just the artists who are hosting the event. The roster of visiting artists who will be coming to Nashville to showcase their wares and build relationships with other printmakers is just as abundant.

"One of our main goals," Hosford explains, "is to break down the boundaries between student bodies from the often separated local institutions. Instead of having separate events at each institution, we thought it would be interesting to have them all together, so art students could find a way to be brought together. Hopefully people will find new comrades that can support or expand their own ideas."

An anchor piece of the revival is Laura Berman's exhibition in Belmont University Gallery. Berman, a Kansas City-based printmaker, composes colorful arrangements out of digital and traditional prints, sometimes overlapping them on paper or even a collection of rocks. The result is often like a color wheel or a panel of stained glass — collages that point to their own layers and process with precision.

"My current work is entirely inspired by the things I collect and live with," says Berman. "I'll be showing monoprints, large-scale digital prints, and new collages. I'll also put up an installation piece that is inspired by my personal rock collection."

Berman's collecting streak will also come into play during the printmaking collaboration that will take place the morning of the exhibition opening: The artist, along with Tim Dooley and Aaron Wilson — who are known collectively as Midwest Pressed — will screenprint vintage album covers and printed ephemera gleaned from vinyl bargain bins in thrift shops across the nation in a fast-paced collage fashion. Audience members will be able to witness the prints as they're being made, and take a relic of the event with them as they go.

Although the revival is taking place in Music City, the goal is to include as many people as possible, and it was actually the brainchild of Blake Sanders, who is currently based in Bowling Green.

"The Revival began as a seed planted by Charles Hancock of the Amazing Hancock Brothers during a print workshop over the summer," Sanders says. Hancock wanted to come to Murray State, where Sanders had been a visiting professor, to organize a print-based art fair. Once Sanders decided that Murray might not have the strength in numbers to maintain an event on the scale he'd envisioned, Sanders contacted Hosford at Vanderbilt about the possibility of organizing it in Nashville. "Before I knew it," says Sanders, "we had a kind of mini conference on our hands."

"The Nashville Print Revival seems like such an apt title," Sanders says. "With the shift in graphic tastes toward a handmade DIY aesthetic, printmaking really has seen a revival in the larger cultural consciousness." But the religious associations of revival are what its participants will likely remember. Whatever your printmaking gospel — be it traditional, reformed or New Age — the Nashville Print Revival wants to make you feel born again.