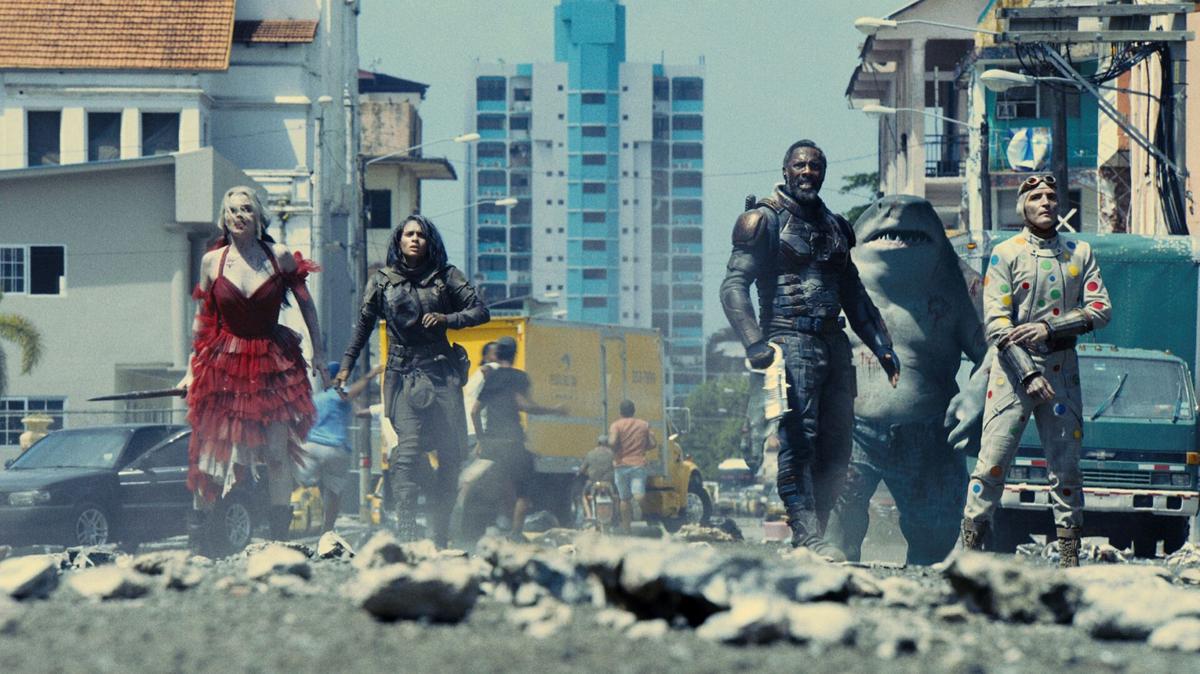 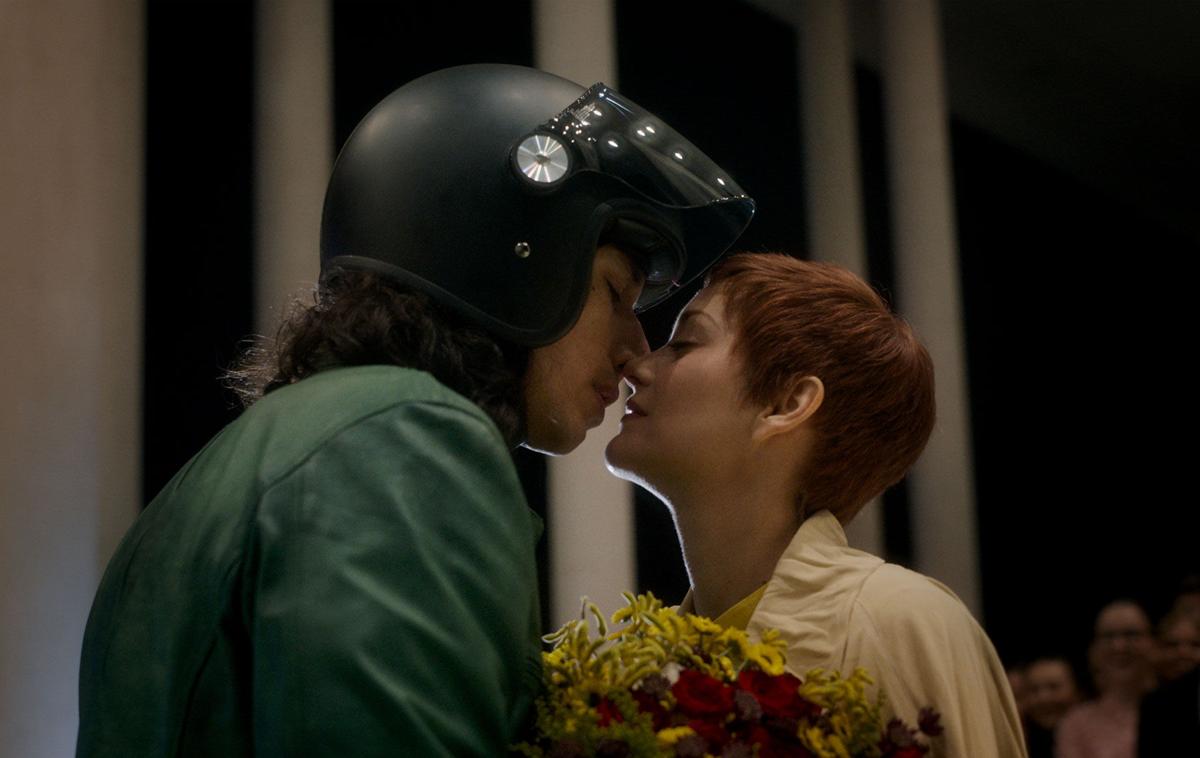 The great philosopher Evilene in The Wiz famously has a song/proclamation called “Don’t Nobody Bring Me No Bad News.” Well, it seems like there’s been nothing but that as of late. Hope is not at its highest, and the mood has been dark across the board. Also, sinus infections are a thing, and they suck. So none of this week’s trio of films is what you might call a traditionally “feel-good” experience, though all are ultimately rewarding and worthy of your time.

The Suicide Squad in theaters and on HBO Max

If you had appeared in the living room of my friend, comedienne Jessica Carter, back in 1999 while we were watching Tromeo and Juliet and said that one day the writer and co-director of that film would become the first person to bridge the bajillion-dollar Marvel/DC gap, we’d have laughed and offered you a popsicle. But in the intervening couple of decades and change, James Gunn has become A Thing. And that’s just fine by me.

As noted by fellow Scene contributor Cory Woodroof, this film is bloody, irresponsible and a lot of fun in measured doses. At 132 minutes, The Suicide Squad is like having too much carnival food — delicious, satisfying and you’re going to pay for it in the morning. So much ultraviolence, there is a certain fealty to Gunn’s Tromatic background, though what ties The Suicide Squad to the Troma ethos isn’t the gore and expansive depravity, but the willingness to call out the legacy of the U.S.’s meddling in Latin America. (That’s something you will never see a Marvel title do; Marvel titles typically work with the U.S. government and military in the development process. Past Scene Jim Ridley Film Poll contributor Siddhant Adlakha has written extensively about the phenomenon for Slashfilm, and it is well worth your time.)

A few random thoughts: No shade to Sylvester Stallone, but Ron Funches (on the animated HBO Max Harley Quinn series) is the best King Shark. Margot Robbie’s Harley Quinn keeps getting better and better (she has an incredible sequence with a would-be dictator in a parrot aviary). David Dastmalchian should be in everything from here on out, because his Polka-Dot Man deserves a whole movie of his own (and also feels like he derives from Gunn’s 2000 novel The Toy Collector). I know nothing of the Weasel, but anything inspired by Bloom County’s Bill the Cat gets my approval. More Steve Agee in things, please. The surprise entity that shows up to drive the last third of the film is kind of amazing, and I can’t get over how thought-through and clear the narrative of the story is, because the 2016 Suicide Squad was a muddle of CG casserole. Not for everyone, but enjoyably gruesome for the most part.

Annette in theaters and coming to Amazon Prime Video

What John Ford did for doorways, what Tsai Ming-Liang does for floorfuls of water, what David Lynch does with a cinemascope frame looking out the windshield of a car careening through uncertain night — this is what Leos Carax does with a wider-than-expected shot of someone, fraught, not smoking but absolutely would if they could, tearing through liminal evening on a motorcycle. It happens early in Annette, and then at several other points throughout the film: Henry McHenry (Adam Driver), “The Ape of God,” a marginally talented anti-comic who only ever seems happy on his bike, and who wields his corrosive bad-boy charms on countless audiences, though not necessarily the ones watching the film he’s in. His love/muse/curse is Ann (Marion Cotillard), beloved by the world as she nobly, elegantly dies onstage on a nightly basis. And together, the story of their marriage is the basis for a musical conceived of by The Mael brothers and directed by Carax with the kind of certainty that makes respectable businessfolk very nervous.

I’m just here to tell you that this film is not playing around. I spent most of the first 45 minutes (barring the grand opening number) worrying that this was absolutely not the film for me. There are parts of this movie that are deeply unpleasant, and I mean in ways that feel deeply perceptive and nearly obscene in emotional detail. But here’s the thing, and this may not mean anything to anyone who hasn’t seen other Carax films or who knows about his sad relationship with the late Yekaterina Golubeva — in that opening number, he invites his daughter Nastya to witness the film as it plays out, and it’s not too hard to see the subtle exorcism that’s happening in the second half of the film, as Henry and Baby Annette have to find their own paths. Maybe that’s not enough for you, but it’s one of the many ways that this film puts you through it. And by the end, I was helpless in its hands — this is a film that refuses to tell you where it’s going or what to think about it, and that’s so completely rare, and worthy of investigation. (See our review here.)

First thing, how is John Scher not in jail? And moreover, it’s almost impressive to see an old white man go through a whole documentary like the internet doesn’t exist, doubling down on some of the ricketyest claptrap and trying to pin all the blame for the catastrophe of Woodstock ’99 on the unlikely combination of Fred Durst and liberated women. This is easily the most disturbing film out there right now, especially if you remember when it was all happening. The filmmakers’ reach often exceeds their grasp, especially when it comes to connecting the societal dots they’ve built their thesis on, but this is still a captivating and horrifying indictment of several ideologies (even if the backdoor ad for Coachella in its last few minutes feels most shady). I am also continually ecstatic that former VJ and bon vivant Dave Holmes has become a go-to person for quality music documentary talking-head action, and I would have absolutely liked hearing more from his perspective.