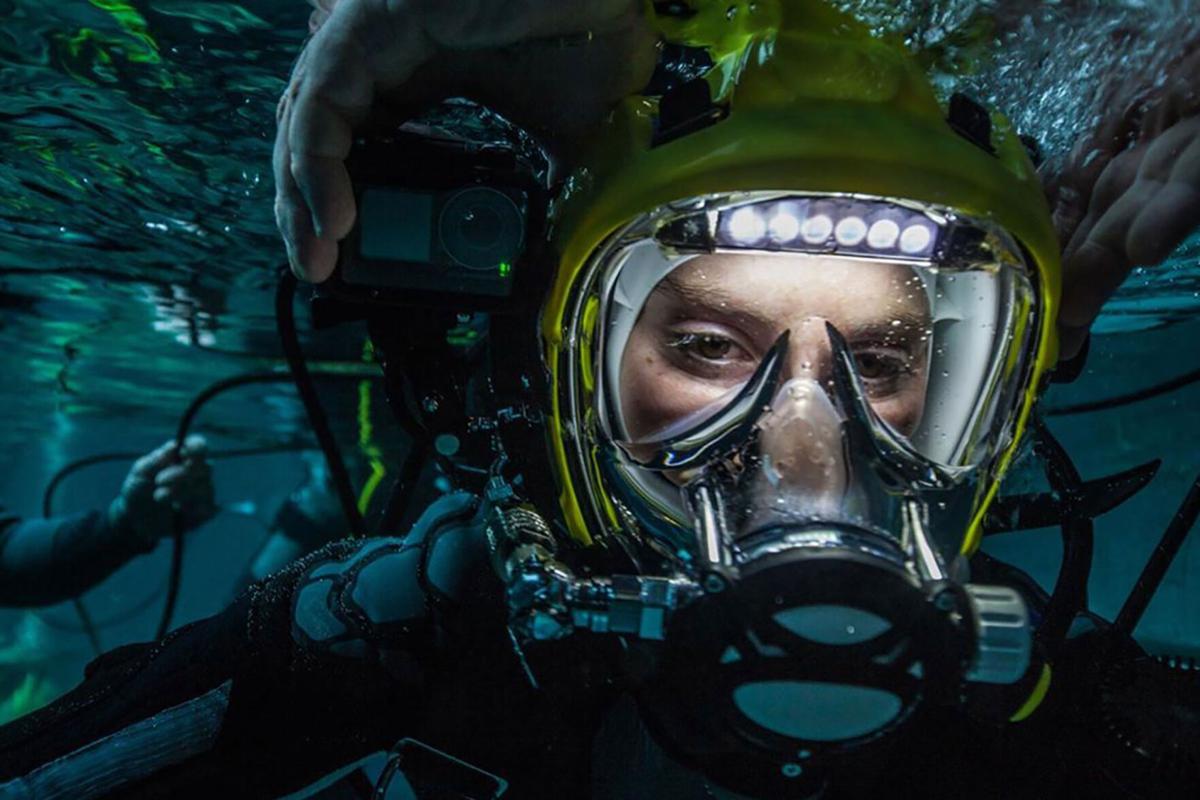 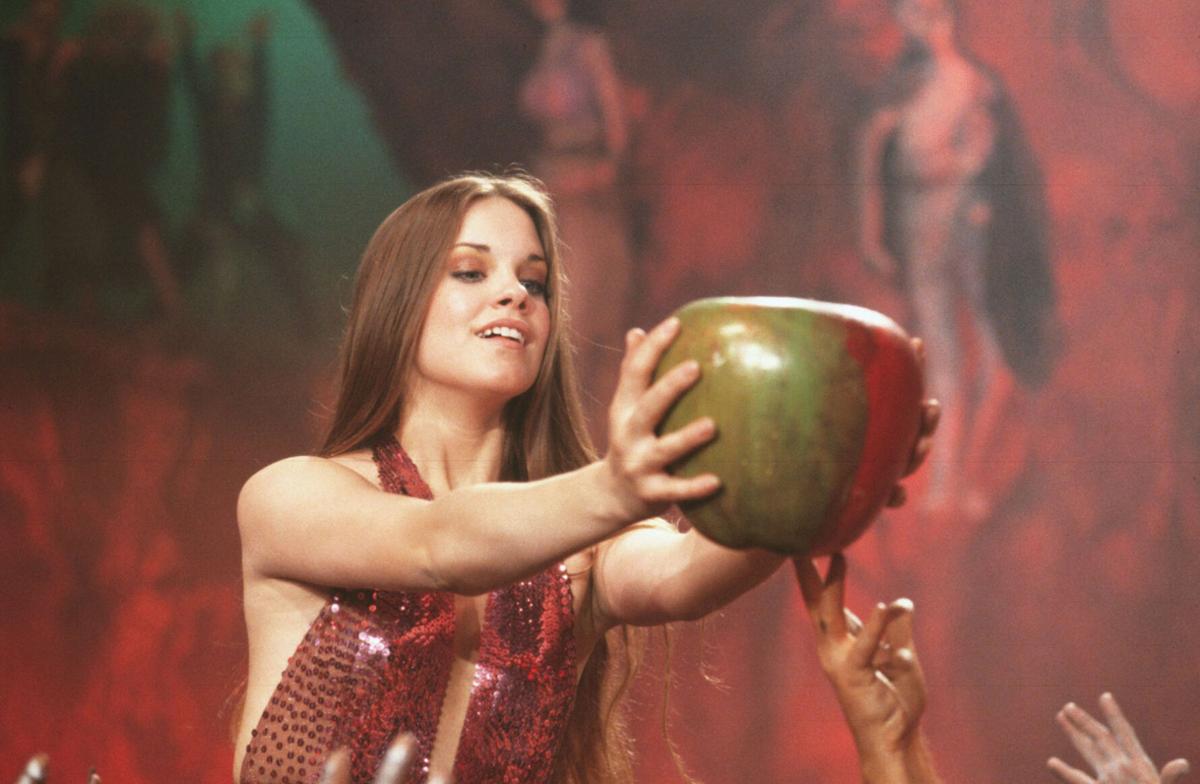 I’m not going to lie — I’m worried about people. Perhaps it’s just folks’ biochemistry adjusting to the post-Halloween, pre-Thanksgiving dearth of destructive carb-fueled joy, but it feels like every day brings another moment of social horror that just doesn’t seem to make any sense.

Anyway, with that in mind, this week’s recommended streaming films are all rooted in the feeling you get when what you’re seeing just doesn’t make sense with how you instinctively feel things ought to be. As always, look back at past issues of the Scene for more recommendations of what to stream.

The Deep House on ePix and video on demand

Underwater haunted house! The filmmakers behind this summer’s Kandisha and the legendary shocker Inside are back, and this time the concept is good enough to lock in an audience sight unseen. There have been a few films involving shunned places concealed beneath man-made lakes (the best of which is still 1999’s In Dreams), but none of them have engaged with the concept in the present, active tense. The pair of YouTubers at the center of the new film The Deep House (she’s bilingual, he’s played by Mick Jagger’s son) go into spooky or isolated places for the views, and also to define their imbalanced relationship. I suppose there’s something to be said for how internet personalities are subject to the whims of the public like ancient sacrifices, but the definitive movie about whether the internet has asphyxiated deductive reasoning is going to have to be more strongly constructed than this one. The production design is incredible. The titular house is quite impressive, and the technical side of this film is top-notch, with a great diving and camera team. But its central supernatural menace is a bit too amorphous in motivation, and the pluses to atmosphere and vibe don’t overcome the minuses of pacing. There are some great moments: The way the evil moves underwater is absolutely captivating, the camera drone’s emergency lighting is evocative and distinctive, and the way the impossible is depicted (flickering power currents, an underwater film screening) hints at a much weirder take on the material. Your mileage may vary.

There’s a certain kind of energy to be found in films that were meant to be cutting-edge but have since been relegated to the smokehouse where now-archaic visions of the future are kept. It’s not necessarily an evaluation of quality — just the way in which we perceive attempted prophecy. With this particular 1993 film, traditional attempts at evaluation fall by the wayside, because this is a Charles Band production (Full Moon Entertainment, Empire Pictures), written by David S. Goyer (the Christopher Nolan Batmen, the Blade trilogy) and directed by enthusiastic schlockmeister Albert Pyun. It is a work of deeply weird madness, encompassing a lot of different concepts (“These kids and their video games,” The Twilight Zone, Polybius/Last Starfighter ideology, Jumanji/Neverending Story mechanics and Elm Street sequel peer group psychology), serving up a casserole with some R-rated dialogue and a complaint-rock soundtrack. Arcade nonetheless incarnates the early-’90s not-too-distant future in a way that either stokes the nostalgia center or provides some good larfs at the way special effects (and our perception of them) evolve.

This is not a good film, but it’s an interesting enough one, though it’s not to be confused with the arcade-themed segment from the omnibus Nightmares starring Emilio Estevez. Arcade’s troubled teens can’t be blamed for seeking out virtual-reality thrills involving competing against the A.I.-derived soul of a dead child, because the only other aspect of their lives we see are suburban tragedies metabolizing the fallout of the Reagan era. The cast is an interesting assortment of former child stars and future character actors (though the best turns come from an empathetically intense A.J. “Rayanne Forever” Langer and the always-committed Sharon Farrell, whose one scene is the most provocative and enduring moment in the whole film), and the effects are primitive, intermittently surreal and ultimately strange. I would love to see a documentary about how this was made (and the re-rendered CGI because of Disney getting litigious about some Tronery). This is not an unsung classic, but it’s an interesting relic that may help you understand some of your VHS friends just a little better.

The Apple on ePix, Paramount+ and Tubi

Along with 1980’s Xanadu and Can’t Stop the Music, The Apple is one of the legendary trio of musical extravaganzas that pretty much killed the musical — until Flashdance and MTV remixed the concept three years later. (Note: Breaking Glass was never meant as an extravaganza and is also generally well-regarded, though very much of an aesthetic piece with its 1980 musical siblings.) Xanadu has the best songs, Can’t Stop the Music has the relentless surreality of trying to take place in the “real” world (which honestly reads even stranger now, since both the Village People’s “YMCA” and Caitlyn Jenner have become part of the right-wing machine), and The Apple sits back and refuses to meet you halfway.

According to legend, on opening night the audience got all Shaun of the Dead and threw promo copies of The Apple’s soundtrack album at the screen like Godfrey Ho ninjas approximating shuriken as best they can. I can kind of see that, because this is a film that feels like it was never made for an actual audience. It’s a cult film insofar as new enthusiasts get brought in on a one-by-one basis by zealots who recognize its cocaine-and-Bible-stories take on Eurovision as something truly special. Cannon Films producer/mogul Menahem Golan made this beautiful and tacky allegory in a way that predicts the whole “dance like there’s no one watching” aspirational mentality, and I grow more grateful for it with each day that passes.

In the future of 1994, pop culture is controlled by Mr. Boogalow (Vladek Sheybal), whose BIM company runs all the shows. He’s got the Mark of the Beast and the pulse of the streets, but he wants to remove all threats to his disco-pop hegemony, and that means he must acquire Alphie (George Gilmour, in the tightest of pants) and Bibi (Catherine Mary Stewart, with the straightest of hair and laying the groundwork for Night of the Comet and Nightflyers both), a kindly folk duo from Moosejaw, Ontario. Anyway, sex and drugs and fascism happen, and some of the songs are indifferent and some of them are incredible — no respectable movie ever had the guts to deliver something like “Speed,” wherein Bibi sings about America’s addiction to thrills and amphetamines with a dancing chorus of leathermen. An enduring film maudit I keep close to my heart.