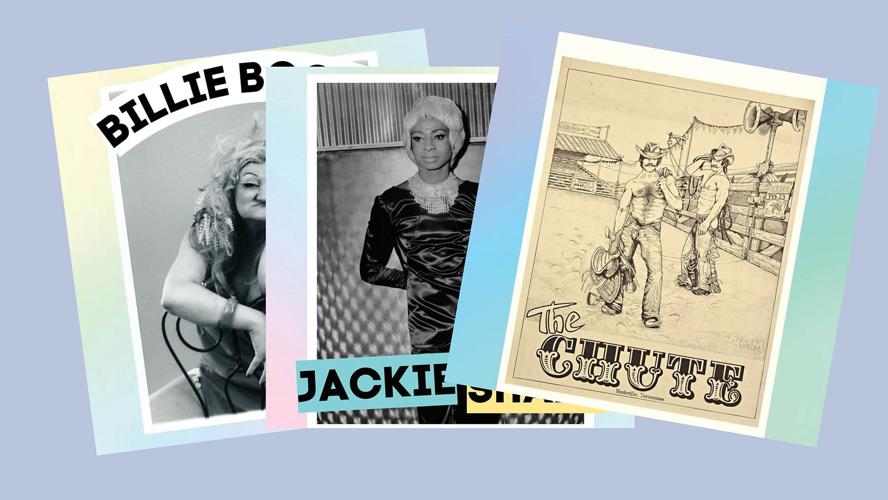 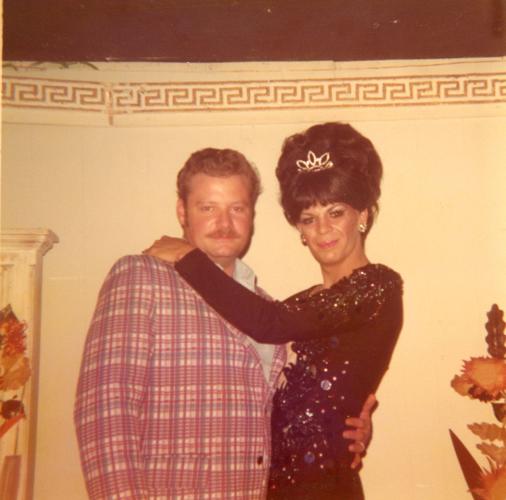 Jerry Peek, owner of the Watch Your Hat & Coat Saloon, with the female impersonator known as Mr. Charlie Brown in 1972 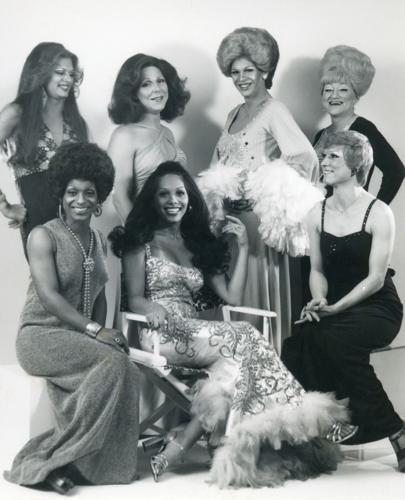 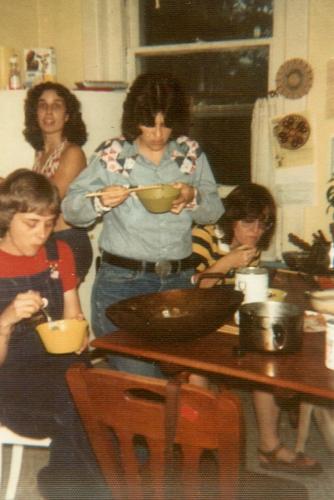 A potluck held by Nashville-area lesbians in 1975 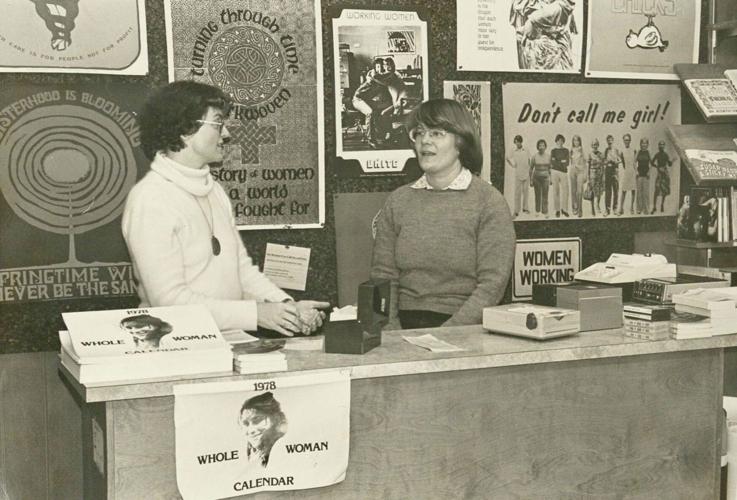 Dorrie Woodson and Carole de Bra Powell inside Womankind Books, a lesbian-feminist bookstore that was open from 1977-1984 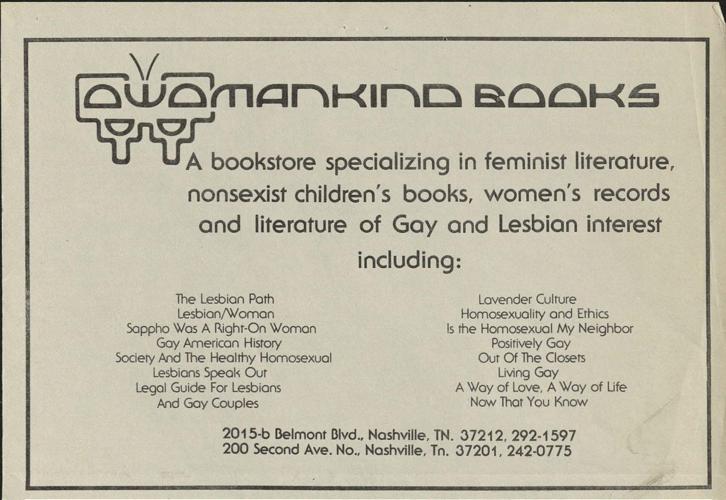 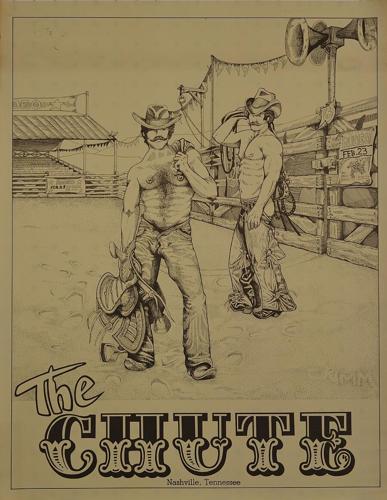 Poster featuring The Chute, a popular gay bar in Nashville that operated from 1984-2007.

Jerry Peek, owner of the Watch Your Hat & Coat Saloon, with the female impersonator known as Mr. Charlie Brown in 1972

A potluck held by Nashville-area lesbians in 1975

Dorrie Woodson and Carole de Bra Powell inside Womankind Books, a lesbian-feminist bookstore that was open from 1977-1984

Poster featuring The Chute, a popular gay bar in Nashville that operated from 1984-2007.

In September of last year, public historian Sarah Calise launched Nashville Queer History, a digital archive that brings together newspaper articles, photos, videos and various other ephemera to help tell the story of Nashville’s LGBTQ history. For a relatively new endeavor, it has made huge strides toward making historically clandestine information accessible. Part of the project’s momentum comes from Calise’s personal history as a queer person, but also from America’s ever-shifting political landscape.

“It seems like each year the government tries to ban LGBTQ content in public schools, and it’s just really frustrating and demoralizing,” Calise tells the Scene. “I just feel for queer and trans youth who take that to heart, mentally and physically. Suicide rates are so high for queer and trans youth, and I know the power of connecting to the past and how empowering it can be to know that people have survived and lived happily as themselves for decades in this area. So I wanted to be able to put that kind of history out there in a way that’s online, so anyone with the internet can access it.”

The story of Nashville’s queer history, it seems, looks a lot like that of other American cities. Still, Calise has noticed a few things that stand out as unique to the area.

“One thing that’s shocked me is how much certain church organizations were involved in queer community building,” she says. “The first gay community center we actually had was called Compton House, and it was on Compton Avenue, right by Belmont. And it was run by the Metropolitan Community Church, which was the Nashville chapter of a national organization. The whole church was a queer-affirming church — anyone could go to it, of course, but they were specifically trying to develop a queer community. And in the 1980s, the lesbian movement in Nashville heavily utilized the Unitarian Church on Woodmont Boulevard.”

The Nashville Queer History Instagram account functions as a kind of microcosm of the project and features Calise’s illuminating captions. One early post included the newsprint poster for The Chute that looks like a Southern Tom of Finland cartoon. “The Chute,” Calise explains in the post, “was a complex of bars on Franklin Road that opened in the early 1980s and served as the home bar for several Nashville-area gay organizations, including the Smoky Mountain Rodeo Association, the Music City Bears and The Conductors, which is a leather club and the city’s oldest continuously run gay organization.”

That kind of history is important to be able to visualize, says Calise.

“It’s just so important to see that gay people have always been here, and they’ve been able to build lives and thrive despite whatever restrictions and oppressions have been placed upon them.”