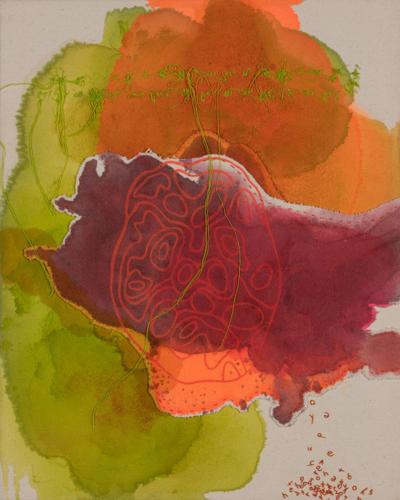 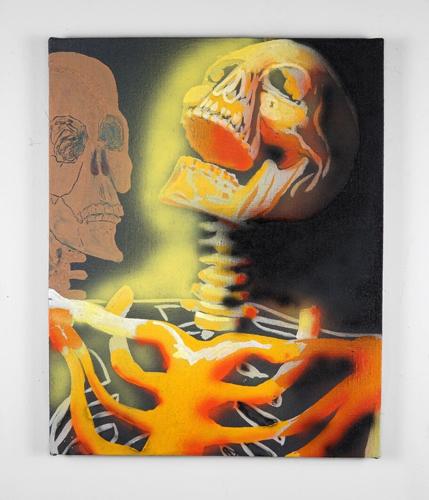 Paul Collins: Be Still and Give Your Shadow a Break

Art of the South

The biggest show on Nashville’s fall gallery calendar is the resurrection of Art of the South at Zeitgeist, an exhibition series with deep roots and a storied history. Artists Robert McGowan, Don Estes and Cory Dugan founded the art journal Number in Memphis in 1987. The journal grew with help from the National Endowment for the Arts and the Andy Warhol Foundation for the Visual Arts, becoming a quarterly edition that covered the entire region — from Arkansas to Florida, Maryland to Texas. Number was a ubiquitous presence in Nashville galleries in the 1990s and early 2000s, but it struggled to outgrow its print model in the digital age, and its academic voice became increasingly less fashionable.

Now, Number has moved to Nashville and flipped the script, remaking itself as a digital platform that prints occasional collectible editions under the leadership of interim editor Jon Sewell. Art of the South is an annual regional exhibition and benefit for Number that was organized from 2014-19 before it was derailed by the pandemic. Art of the South has featured a top-notch roster of jurors over the years, including 21c Museum director and chief curator Alice Stites, artist Wayne White, Frist Art Museum chief curator Mark Scala and Tri-Star Arts director Brian Jobe.

@numberinc on Instagram for special event announcements during the exhibition’s welcome-back tenure at Zeitgeist.

Coop Gallery wasted no time making use of the new space it took over at The Packing Plant this year. The gallery’s been hosting large group shows, spacious video screenings, and even dance performances at its new digs, and its October program features an immersive installation by local designer and creative director Cybelle Elena. Elena’s Beaches of Purgatory is a cruise down the River Styx through an immersive exhibition that transforms visions of a spiritual afterlife into the nightmare of an eternity spent in a gallery gift shop. Expect wild sets, props, costumed characters and lots of weird merch. The portal to this late-capitalist limbo opens Oct. 1. For more information, call 615-486-HELL.

Leslie Holt brings An Intimate Grammar to David Lusk Gallery on Oct. 4. These conceptual multimedia paintings deploy acrylics, screenprinting, cutouts and embroidery on raw canvas to illuminate and expand upon the colorful brain-scan images that inspire them. This is a show about mental health and medical imaging, but I’m all-in for Holt’s gorgeous stained materials and her two-sided tapestries with embroidered images — the messages appear lucid and clearly stated on one side, but abstracted and fractured on the other.

Paul Collins: Be Still and Give Your Shadow a Break

Opening in October at The Red Arrow Gallery, 919 Gallatin Ave.

The Red Arrow Gallery hosts Paul Collins’ Be Still and Give Your Shadow a Break for October. This exhibition of monumental book forms, along with a selection of sculptures and paintings, offers the kind of diaristic documentation we’ve come to expect from Collins’ slice-of-life sketches of the everyday. I’m always intrigued by displays that span the borders of sculpture and painting, and Collins’ book displays recontextualize the way exhibited works converse with each other, giving viewers an interactive experience that turns traditional gallery visits into a Choose Your Own Adventure story.

Elephant Gallery and its neighbors will be celebrating all things North Nashville during comedian Josh Black’s Good Vibez Festival on Buchanan Street on Oct. 15. Black promises more than 100 vendors selling art, clothing and jewelry at the event, and Elephant will host a silent auction to benefit the political organizing of the Black Nashville Assembly. Bring the whole family and get in on the act with a pumpkin-painting contest and the creation of a community street mural. The event will take place from 11 a.m. until 5 p.m.

Nka kicked off the fall season with its September show of Joseph Patrick II’s sleek sexy portraiture, the well-titled Body of Work. Another highlight at Nka will be a show by Nashville-based artist Younique in November. Sole Studies will include a variety of works, including sculpture and film. I’m a big fan of the recent trading card project Younique designed in honor of Nashville hip-hop MC Ron Obasi, and I’m always up for mixed-media exhibitions that demonstrate a discipline unbound by material restraints.

Tinney’s latest installment of its The Collection at Bobby by Tinney Contemporary series will be hanging around all through the fall until the end of 2022. Tyler Shields’ Indulgent features a selection of the photographer’s sleek and sly images, which combine cinema and fashion photography aesthetics with irreverent narratives to comment on our mediated hyperreality.

Wendy Walker Silverman’s latest exhibition, The Hive Mind Dreams of Sleep, debuts at Tinney Contemporary on Oct. 15 and runs through Nov. 26. Silverman’s latest is a collection of small- and medium-size acrylic-on-canvas works that vary from chunky geometric abstracts to dense, somewhat biomorphic patterns built of layers of repetitive mark-making. This variety of work reads like Silverman’s been experimenting with new ideas since her last solo show at Tinney back in 2020, and I’m always down for a show full of risks from an established artist who’d rather take her chances growing in the spotlight than simply coasting.

Yanira Vissepo: In Between Floating Worlds

I lucked into an impromptu studio visit with Yanira Vissepo this spring. It was the first time I’d seen the artist’s signature tapestries, which land somewhere in the soft overlapping of painting, printing and textile art. Since then, the artist’s work has been shown in an elevator at 21c Museum and Hotel, and in the main club space at Soho House. In October, Vissepo will open her first show at Electric Shed. The artist’s unique multimedia practice is on brand with the venue’s eclectic programming, and I’m anxious to see how Vissepo will bring her prints into another nontraditional display space.

From festivals and markets to concerts, theater, films and more, here are some of autumn’s best happenings