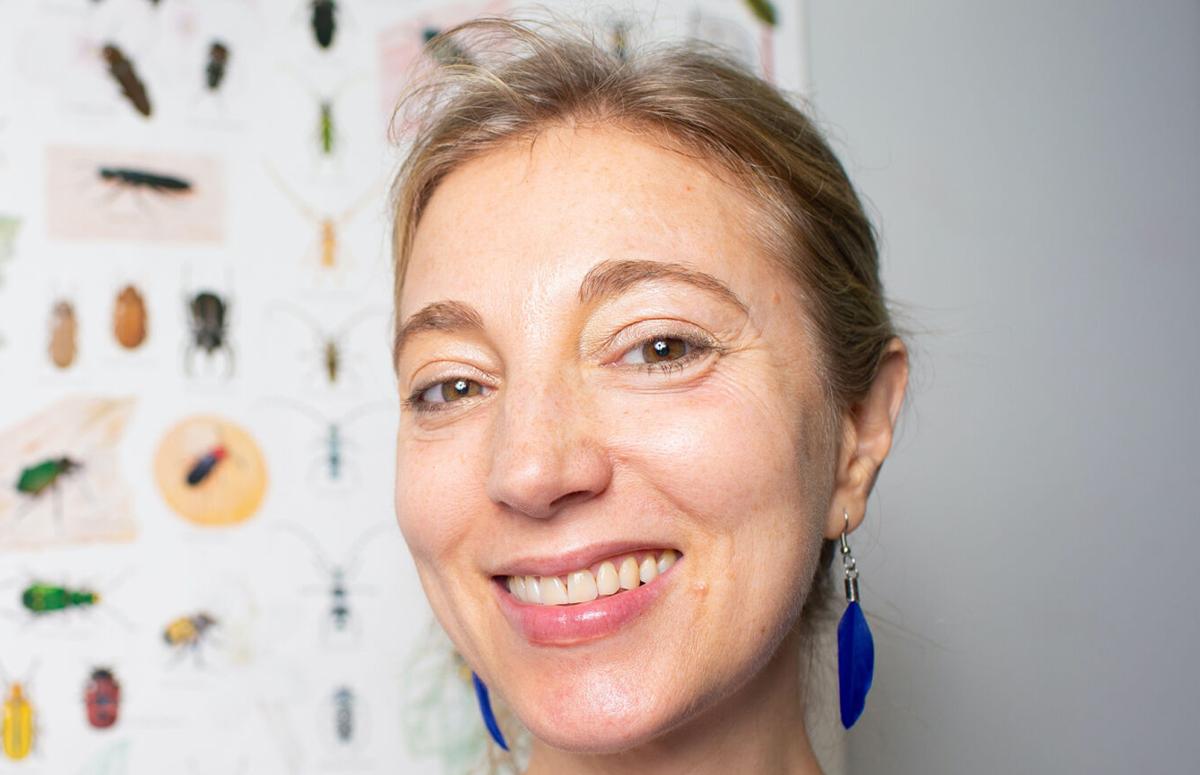 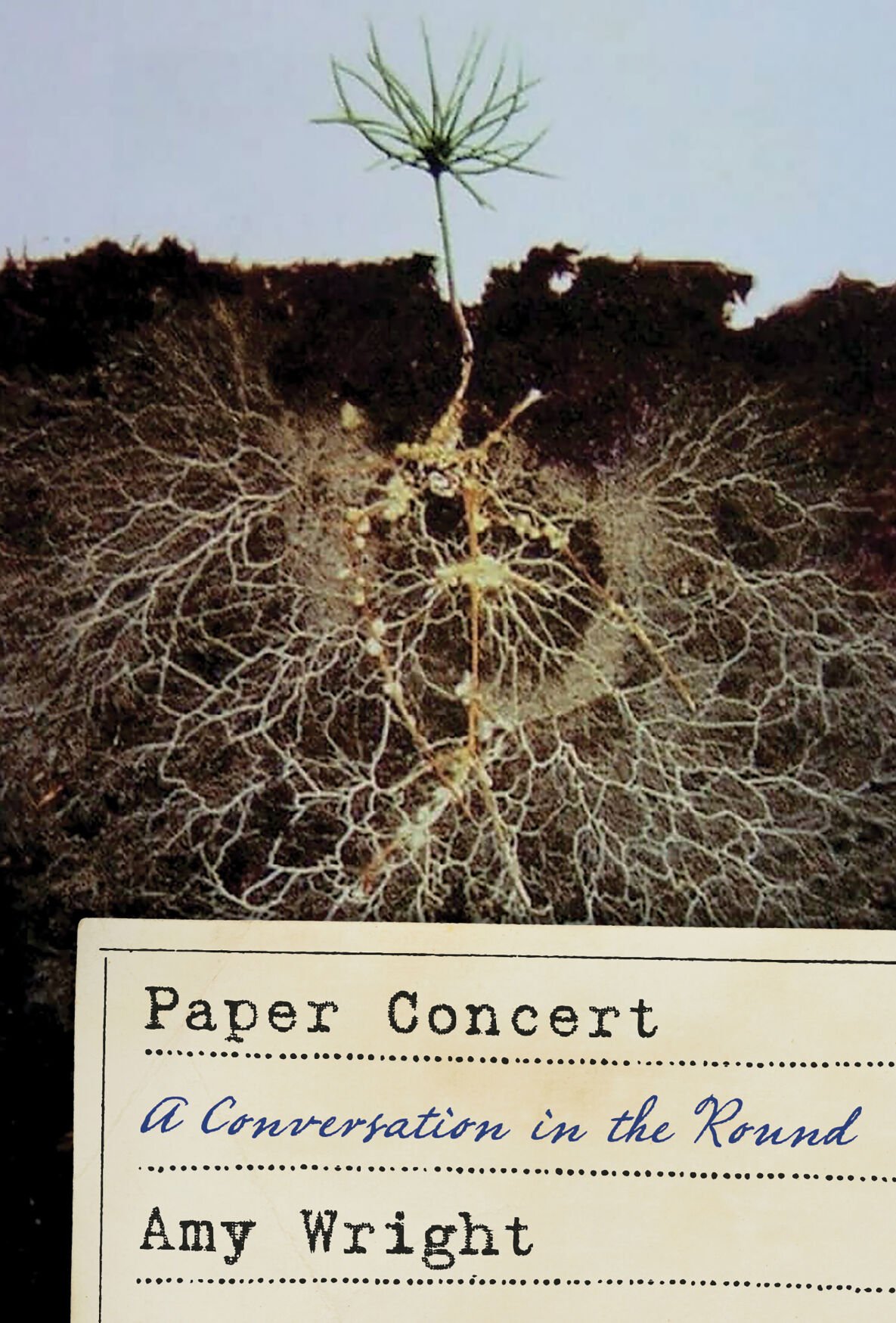 In theater, the phrase “in the round” refers to a stage placed with an audience on at least three of its sides. In Nashville, it’s often used in reference to a performance of multiple singer-songwriters who take turns playing their songs around a semicircle. Amy Wright’s Paper Concert: A Conversation in the Round employs a similarly polyphonic approach, compiling interviews with a variety of thinkers and artists who explore an array of topics from climate change to ketchup.

Among these diverse voices are Dorothy Allison, Rae Armantrout, Gerald Stern, Lia Purpura, Raven Jackson, Wendy Walters, Kimiko Hahn, Philanese Slaughter and many more, of whom Wright says, “Some of them are famous, some will be, some should be — but all of them refract the light of the unknowable mystery of the self.” She serves as conductor as well as author, inviting the reader to listen to the ways that each part harmonizes within this symphonic text.

Paper Concert: A Conversation in the Round

Wright will discuss her book with Janisse Ray online 7:30 p.m. Thursday, Sept. 30 at the Southern Festival of Books

In the book’s introduction, Wright — an English professor at Austin Peay State University in Clarksville — depicts a spider crafting a vast web as a metaphor for her writing process: “An essayist in miniature, the spider had spun a line as tenuous as the one that starts the fabric of an idea.” Similarly, Wright is leaping into the spaces between conversations with this book, creating a web of associations and connections in hopes of answering one question: What am I? She writes that it “wasn’t a search for personal identity but for the origins of the conflict at the heart of being.” How better to illuminate this conflict than in shining a light on the heart of other beings? Pages later, the writer Nancy Lord is quoted defining the word “essay” as an “attempt to learn, to discover, to wander around in ideas.” This sense of active discovery pulses throughout Paper Concert, rendering it a participatory read.

Each section begins with Wright’s stunningly lyrical prose and moves into a series of related conversations with the interviewees. These bits of conversation are excerpted and peppered throughout, much like a musical theme that returns in various movements throughout a composition. At several points in the book, images and insights poignantly reflect the nature of work in which they appear. For example, the poet Dan Beachy-Quick muses on dialogue: “It seems to offer, ideally, a profound kind of trespass, an overhearing, in which the actual importance of two people talking together exists not in the conversation itself, but rather in the intimacy only trespass allows: a glimpse, a listening-in that feels worthy exactly because it doesn’t initially belong to you at all.”

This sacred experience of “listening-in” feels descriptive of reading Paper Concert. Elsewhere, the multidisciplinary artist Raven Jackson says: “Creating complicated and layered Black women and girls in my work truly feels like listening. I approach each character like a real, breathing person and, if I listen, I can hear what they’d say or do in certain scenes and situations.” Jackson’s listening posture toward her work is also shared by the writer Lia Purpura: “So the ear, indeed, reaches out, casts out past idea, creates a shadow space into which ideas shimmy.” Ears join voices in Wright’s composition, shimmying out into an environment of interactive meaning-making.

Paper Concert contains multitudes, but ultimately explores the nature of being an individual within a collective. The writer Sejal Shah describes a group folk dance called “raas” from the state of Gujarat in India: “Imagine two concentric circles facing each other. As the circles turn in opposite directions, you are dancing with people whose names you will not know — there’s something about civic engagement and community for me in that you make eye contact, greet each other, acknowledge.” In these pages, a paper dance of raas seems to take place: Disparate thinkers who may not know each other are dancing together in a community of thought.

The biologist David Haskell offers another poignant metaphor when defining a forest as “a living network where ‘individuality’ is a temporary manifestation of relationships. Networks of interconnection persist, evolve, and are the fundamental biological ‘ground’ of being in the forest, not ‘selves’... [The] social nature of humans means that most ideas live in the networked relationships among people, not in ‘individual’ minds.” Wright embodies this interconnectedness in her decision to make Paper Concert an ecosystem in which ideas cohabitate.

Like the skillful spider, Wright’s feat of web-spinning is courageous and bold. Her trust in each glistening thread before her challenges the reader, also, to trust where each one might lead into infinite connections.