The Route: From 51st and Centennial, south on 51st to Indiana, then left on Indiana, left on 49th and left on Centennial back to the beginning.

“The Nations” is, bar none, the coolest — and most inscrutable — neighborhood name in Nashville. The name resisted a bizarre attempt some years ago by real estate agents and developers — and their abettors at certain media outlets —  at rebranding to “Historic West Town.”

Theories of course abound as to the origin, some of which are easy to dismiss. For example, it has nothing to do with the names of the streets. The streets are named for states, not nations, and despite insidious har-har Southerners are dumb though generalizations, the area was known as The Nations before the streets were laid out. 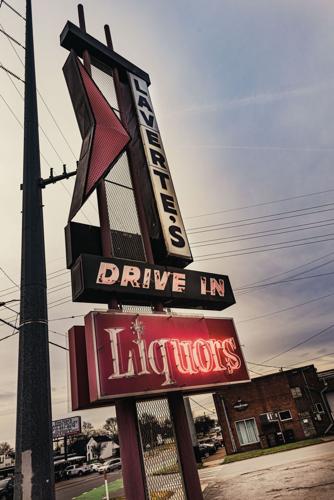 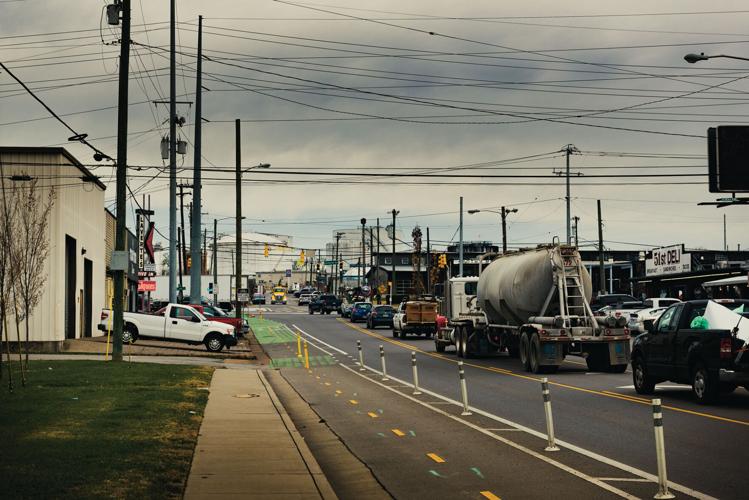 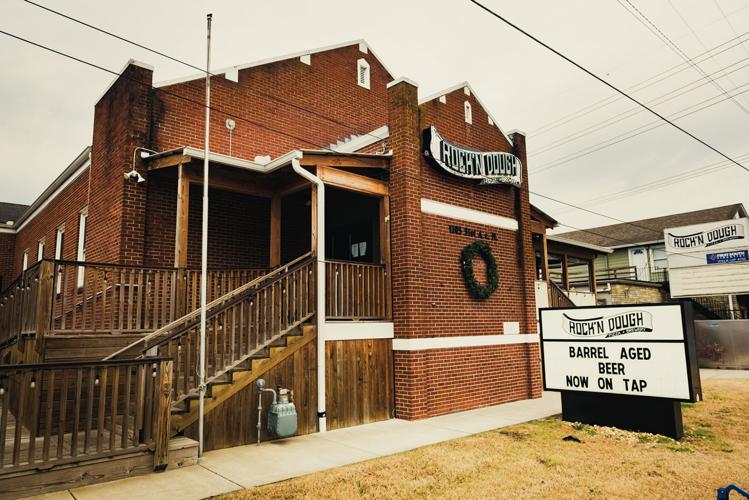 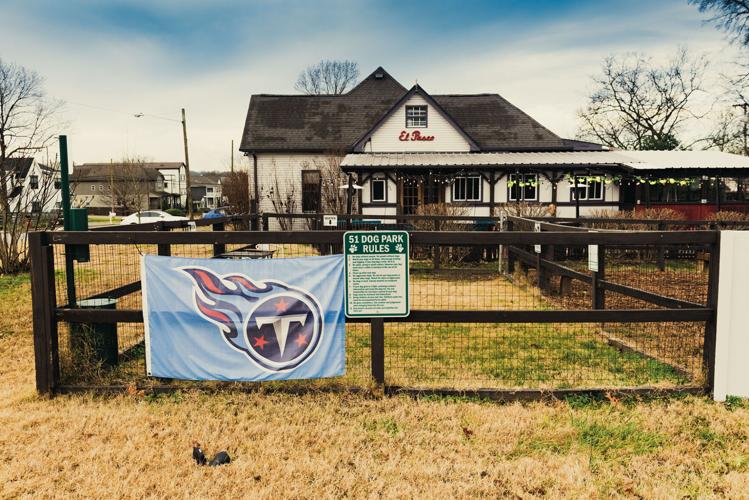 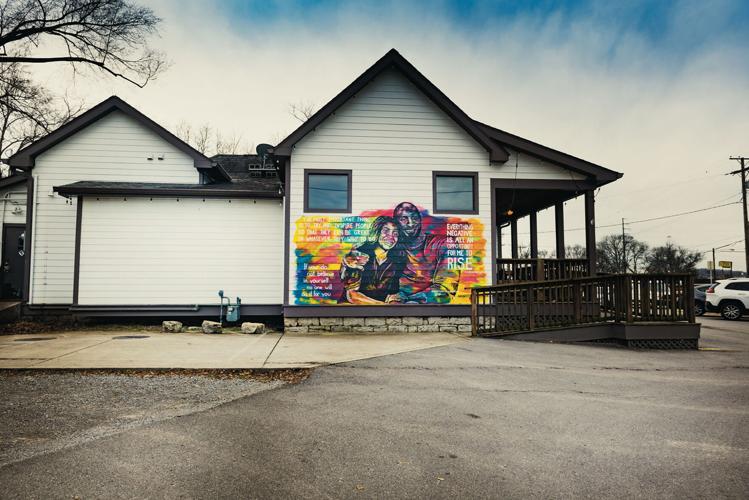 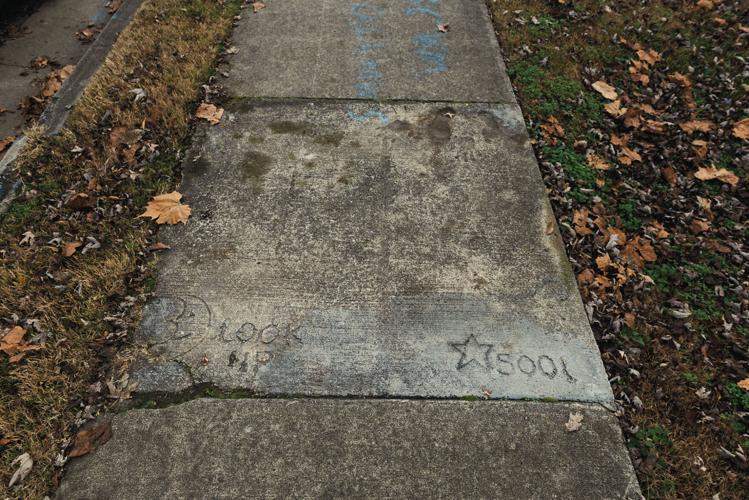 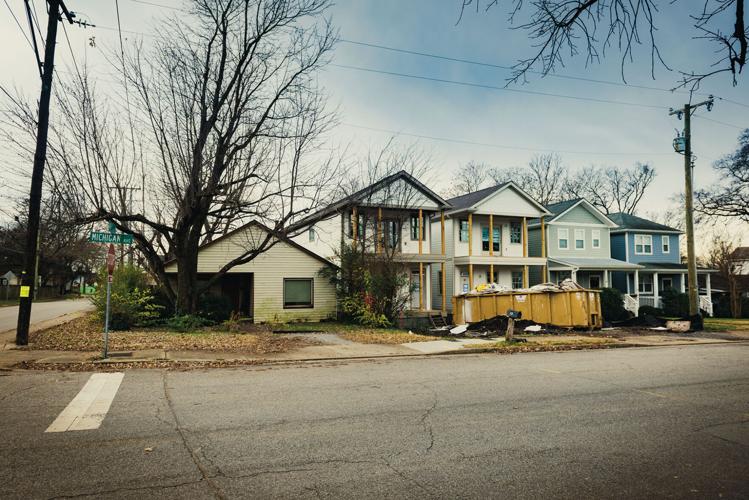 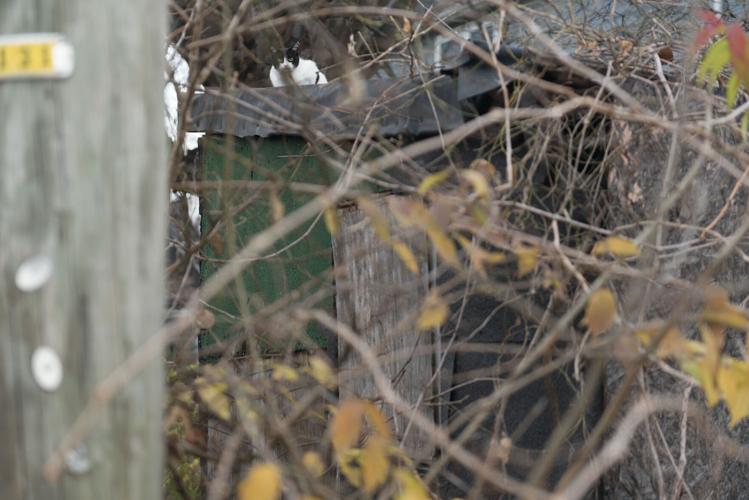 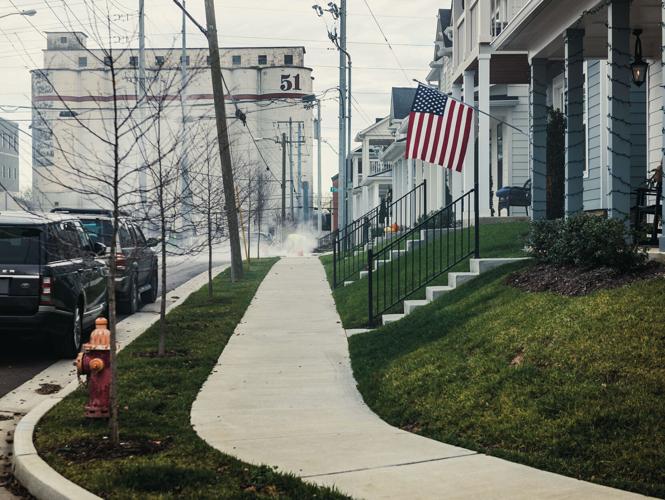 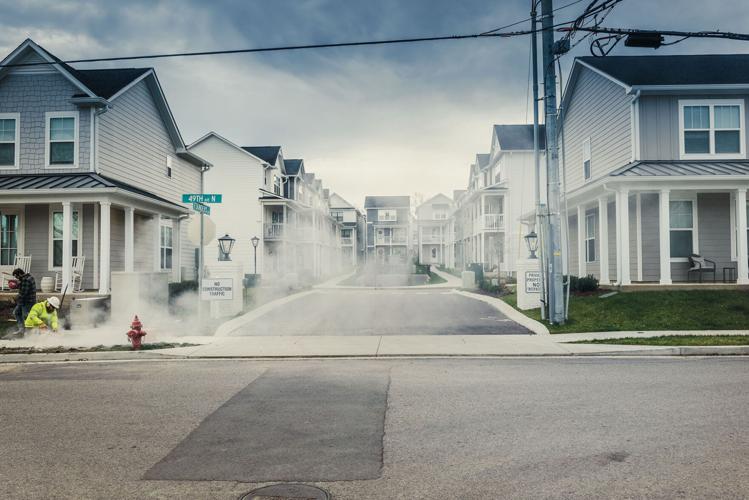 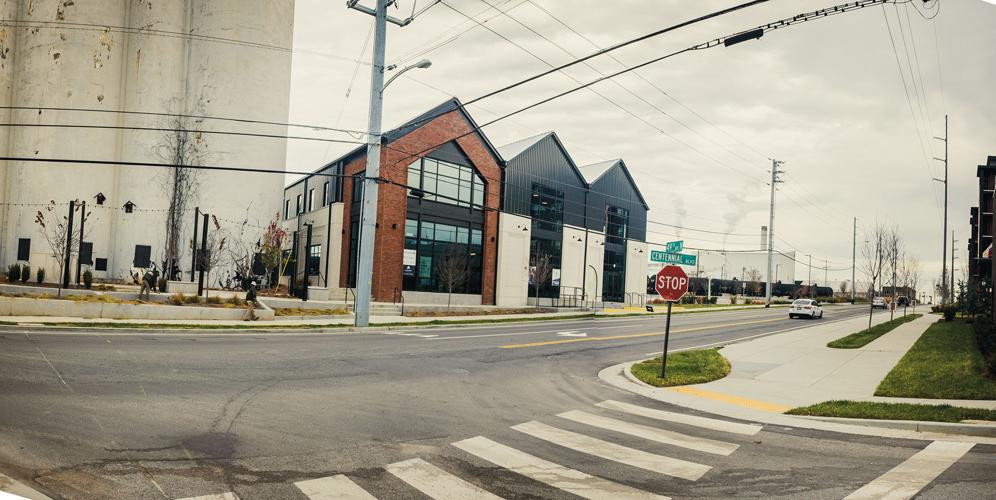 Walk a Mile: The Nations

One of the other theories is that the historic Tennessee State Prison, which opened in 1898 a mile-and-a-half northwest, drew a diverse mixture of people to the area. This at least makes a little more sense, though Nashville’s immigrant communities at the time had established themselves elsewhere. (For example, the Germans were in what we rather predictably now call Germantown and the Italians, delightfully, in Joelton.)

Perhaps the most compelling theory is that the name carried down from Nashville’s earliest white settlers. James Robertson met with the Chickasaw at the Treaty Oak near West Park, suggesting the area was familiar to indigeneous people. Is it possible Robertson, Donelson, et al. considered the land to be “the nation’s”? Or that they spoke of it as the place they’d go to confer with “the nations”? A few capital letters here, a dropped apostrophe there, and our most charming neighborhood name is born.

In any event, The Nations spent the 20th century as a standard working-class neighborhood, with largely identical clapboard or cinder-block houses, some light industrial space along 51st and Centennial Boulevard with some heavy industry between Centennial and the river. The conventional wisdom is that in the recent “It” Era, postdiluvian Nashville, The Nations has transformed and is now nothing but tall-and-skinnies and juice bars and hip hangouts from Delaware to Centennial and from the railroad tracks to Morrow Road.

And it’s true, The Nations has changed, and changed a lot in the past decade or so. Teardowns are common, third stories peek out over the old-growth oak trees, and Teslas and Land Rovers zoom on 51st Avenue. But at ground level, there’s a different reality: that the old character of The Nations is a stubborn thing indeed.

Standing at 51st and Centennial, yes, there’s a Frothy Monkey and Southern Grist’s taproom and Nicky’s Coal Fired Pizza in what was a hosiery mill. (Given the surfeit of former stocking manufacturing facilities, Nashville is lucky it didn’t end up as “Sock City.”) Project 615 is selling its “SMASH” hats and its “Spread Love” shirts and various 615-festooned doodads. (Do in-movers saddled with 629 numbers buy 615-branded items?) But turn just a few degrees and there are the giant holding tanks of Marathon Oil’s distribution point. And across 51st from Stocking 51? A Dollar General. It’s relatively new, but it’s still an outpost of Middle Tennessee’s most successful discount store.

And across Centennial from that? The Centennial. Its new coat of paint and Patrick Swayze murals notwithstanding, the hangout maintains a dive-bar vibe (as well as the former banned list from the bar that occupied the space beforehand — every name on that list tells a story, for sure). And next to the bar? Laverte’s, where all manner of essentials (including liquor) have been sold for decades underneath one of Nashville’s coolest signs. Laverte, coincidentally, was the brother of Wendell, namesake of Wendell Smith’s, another old West Nashville mainstay at Charlotte Pike and Morrow.

The final corner of the intersection is the home of 51st Deli, its sign looking as if it were inked by a traditional-style tattooist. The deli offers some of the city’s best sandwiches (the West Nasty and the Hot Cappy are both sensational), and the market within has an international flair to go with its kombuchas and craft beers.

There are still plenty of auto shops and salvage yards, particularly along the side streets and fronting the alleys. In the block of 51st between Louisiana and Tennessee, ModMan Guitars offers musical instrument repair next to a business with an extremely faded sign offering small-engine and other assorted light industrial maintenance 24 hours a day.

There are more residences the farther south 51st goes, but there’s still plenty of vacant lots surrounded by barbed wire. Rock’n Dough serves pizza and brews in what was most recently an outpost of The Corner Pub empire, but which began life as a Church of God — that is, before a 1952 court decision in Bradley County required certain congregations that had been calling themselves Churches of God, but who followed a different strain of the Holiness and Pentecostal movement than the main line of the Church of God, to add “of Prophecy” to their name. In any case, the cornerstone of the church (of God of Prophecy) is still visible.

You can say this for the builders of the tall-and-skinnies: They seem to take Metro’s sidewalk ordinance seriously. At every property line where whatever was once there has been replaced by a set of identical homes, the old sidewalks give way to pleasantly wide and smooth new ones, which just as abruptly disappear at the opposite metes and bounds.

Despite its use as the only semi-truck-friendly connection between Charlotte, Interstate 40 and the industry on Centennial, 51st is what infrastructure enthusiasts would call a “complete street,” with sidewalks and bike and automobile lanes. Perhaps as a concession to new owners who occasionally raise a bit of a stink about the noise and danger of the semis, Metro has installed stop signs at a few intersections and added crosswalks, which are bricked for reasons unknown. A visual metaphor for the transitioning of The Nations is at 51st and Michigan, where the sheet-metaled utility of Garland & Sons Body Shop (“since 1946”) is right next to a juice bar offering $12 pineapple juice and something the FDA makes them sell as “Mylk.” Yes, the place has a mural.

And on the other side of the street there’s a yoga studio next to the Stop-N-Shop, which is across the street from a Sherwin-Williams big box, which is maybe the most incongruous of them all. The Red Bicycle sells coffee and pastries and light fare in an old house at 51st and Indiana, where it took over the space from the much-beloved venue and restaurant The Stone Fox. But the property has been home to watering holes for years, at various times known as Area 51, Grandpaw Too’s and Len’s Den. Yes, there’s a mural. Yes, it is of the late Kobe and Gianna Bryant, and not Grandpaw Too or Len.

Indiana Avenue itself is what would happen if those silly “House Divided” front license plates became a street. You know the ones: split with the logo of one spouse’s alma mater on one half and the other spouse’s opposite. It’s the kind of thing affluent 20-somethings put on their cars to advertise they went to Ole Miss or Clemson or Dayton or wherever. (There is one car, spotted occasionally in Bellevue, that has a University of Georgia/Nashville Predators combo — those ancient rivals.) Almost none of the new builds fit the character of the neighborhood. Almost none of them are appropriately sized for the lot. What vintage stock remains has been renovated (mostly), and to the credit of the owners and developers, those renovations do maintain the style of what The Nations was for so long. But too often these carefully maintained tributes are overshadowed (quite literally) by the shoved-in new builds, shoehorned so tightly it’s difficult to tell in many cases which street or alley they are meant to address.

Oh sure, there are holdouts. A clutch of new homes is being crammed into property near 49th and Tennessee — but not actually at the intersection, because there’s a clapboard-and-Breeko house at the corner with chain-link fence, clothesline and large beige outbuilding all but sticking out its lower lip.

The streets here are noticeably wide. Wide enough that Swayze’s Road House nemesis Brad Wesley could do his swerving and singing no problem. While doing so, he could play Spot-the-STRP-DADU if he knew what that meant. (He would know.)

Industry looms moving north on 49th as the chug and grind of the semis and dump trucks mix with the construction noise of more new houses coming out of the ground, scaring birds from the dying and unkempt hedges around the few older homes holding their ground.

Sometimes The Nations is as hard to grasp as its name.