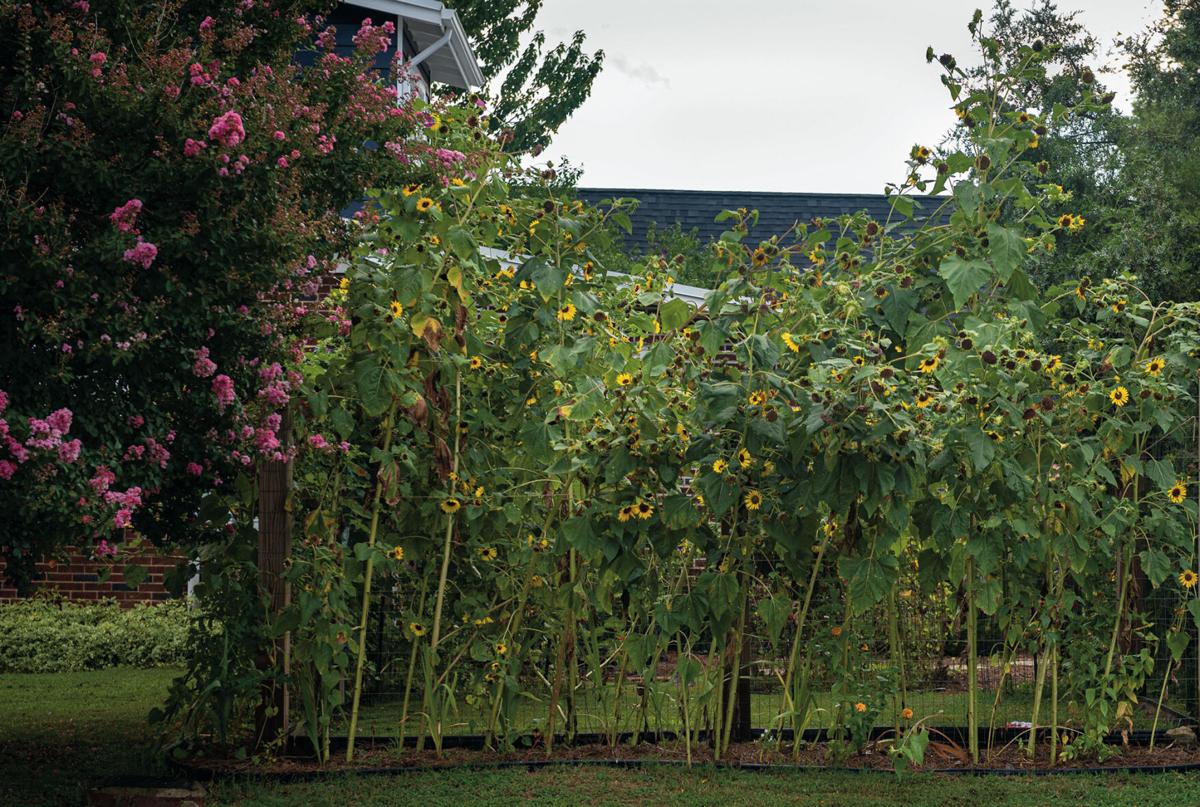 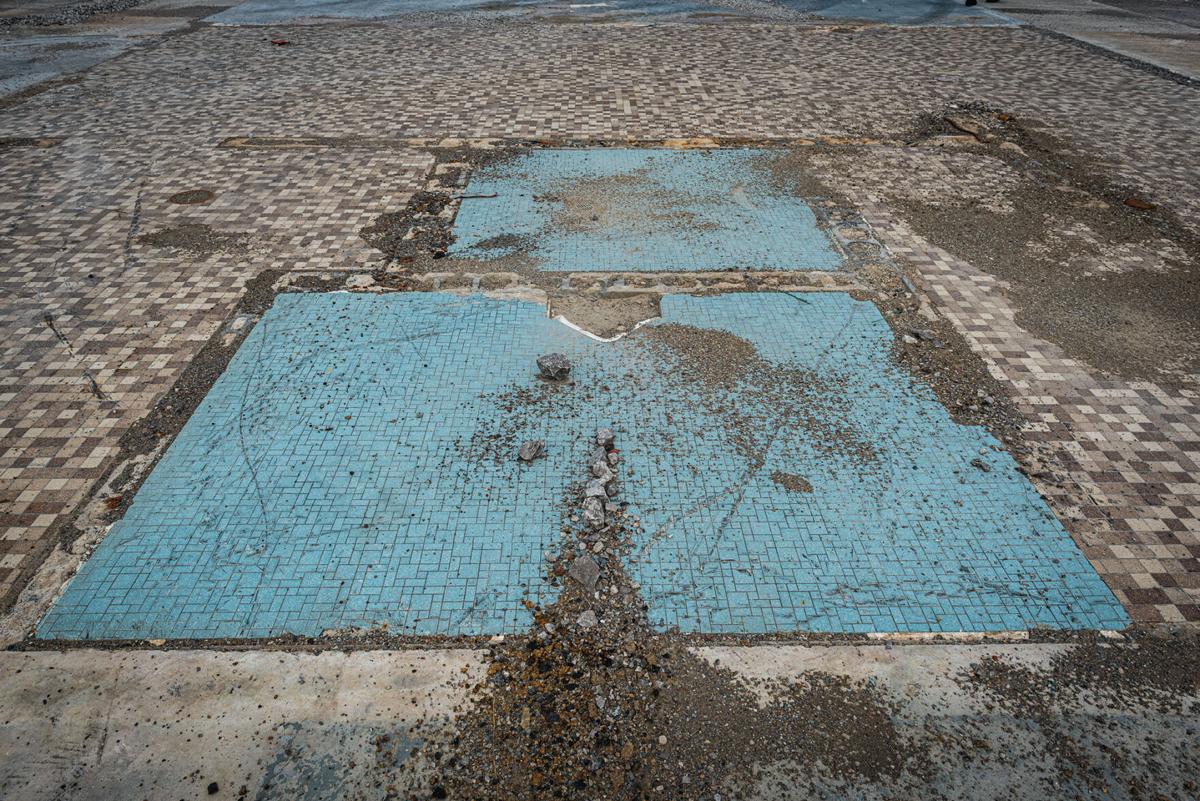 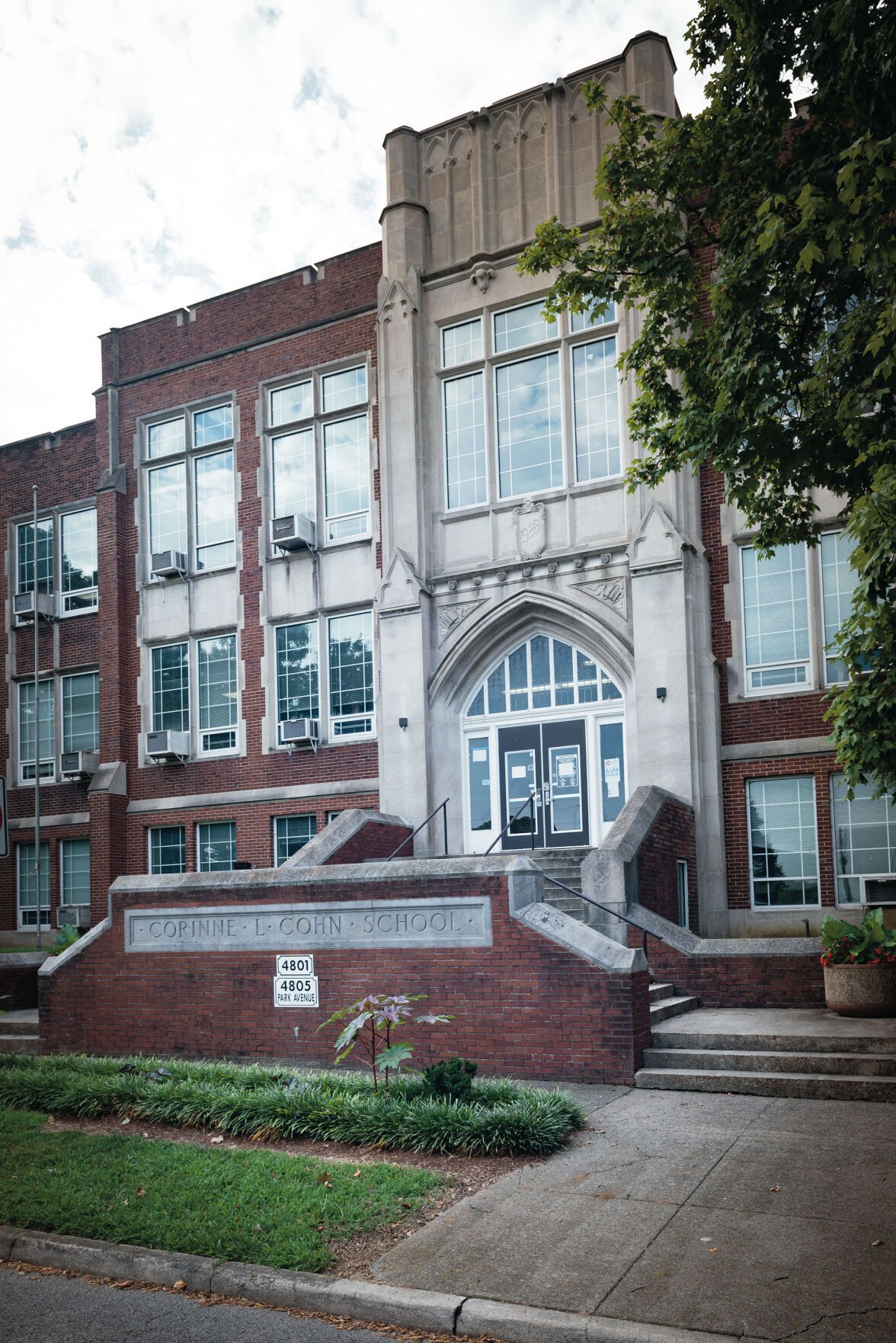 Heat-beating morning runners on the Richland Creek Greenway orbit the duffers similarly making an effort to dodge the worst of the summer of 2021’s most brutal temperatures. Perhaps none of the athletes know the property encircled by the trail wasn’t always lush open space dotted by trees.

In 1923, at what is now the corner of McCabe Park at Wyoming and 51st avenues, Nashville’s Municipal Children’s Home opened. The U-shaped building served as a home for the orphaned and what were euphemistically known as “troubled youth” for decades. The straight-out-of-central-casting orphanage was abandoned in the 1960s, with kids from then on housed in cottages sitting on the property until the state took over juvenile services in the 1970s. Portions of the old main building stood until the 1990s, as did the remaining cottages, finally being dismantled when Metro Parks assumed control of the tract.

Across Wyoming, just north of the park along 51st, is The Living Word International Church, housed in a substantial and surprisingly tall building. The sign says the congregation, a member of the Pentecostal Church of God in Christ denomination, is celebrating a pastoral anniversary. Though its name has changed a handful of times, Christians of a Pentecostal persuasion have been worshipping in the building since at least 1961.

Technically, this section of Sylvan Park is The Cottages of Idaho, at least according to the Planning Department, though these days few of the homes could be accurately described as cottages — unless one was comparing them to, say, the Palace of Versailles or the Federative Republic of Brazil. They are tall and wide and deep and as inescapable as the Holy Spirit. But to their builders’ (or perhaps to a particularly protective neighborhood association’s) credit, the exteriors of these giants at least match the character of the neighborhood.

There are no sidewalks here, an odd anomaly given that there’s plenty of room for them and that the rest of Sylvan Park has excellent sidewalk coverage, dating to its time as a planned community. In 1887, the Nashville Land Improvement Co. opened up what would become Sylvan Park to development. Called variously New Town or West Nashville, it stretched from what was then the City of Nashville’s limits at 38th Avenue to Morrow Road. It was intended as an independent satellite city, and though it had its own churches, stores and offices along Charlotte, the independent suburb idea never really launched. Nevertheless, the neighborhood was full and bustling by the time World War II began; it was even served by its own streetcar line — known colloquially as the Sylvan Park Dinky — that ran down Park Avenue.

Though new homes are spread throughout Sylvan Park’s many blocks, many of the Victorian- and Queen Anne-style homes of the original vintage remain. Sylvan Park — appropriately, given the fact that its name is derived from the Latin for “forest” — is well-treed, the neighborhood’s leafy branches providing ample shade for walkers who, at least on the southern run of 51st Avenue, don’t have the benefit of sidewalks. It’s a garden spot, too. Many residents obviously take great pride in their green thumbs. One yard in particular was absolutely bursting on a recent bright August morning with golden sunflowers, a pastiche of pastel wildflowers and one mighty pink-bloomed tree.

Abruptly, 51st dives steeply, perhaps sloping down to some long-buried tributary of Richland Creek. Here is where the sidewalks begin.

It is also here — where 51st intersects Nevada — the homes retain more of their original character, albeit with fresh coats of paint brightening up the old bungalows. A car in one drive includes a small bumper sticker of the arms granted to Joan of Arc’s family after her martyrdom: Azure a sword per pale argent hilted or between a crown in chief and two fleurs-de-lis of the last. For those who don’t speak blazon, that’s a blue shield with a vertical gold sword, topped by a gold crown and between two fleur-de-lis. Why is the Maid of Orleans so beloved in this corner of West Nashville? Who can know?

Near where St. Joan is commemorated via decal, St. Ann is honored with a parish and a small parochial school, providing a spiritual bookend to 51st paired with the Living Word on the other end. Across Charlotte from the parish is what is surely Nashville’s most interesting bank, architecturally: the Regions branch with the bright-gold geodesic dome roof, a relic of the 1960s, when Buckminster Fuller’s innovation enjoyed a brief burst of popularity.

Turning east on Charlotte we find a now-vacant lot dribbled with the detritus of demolition. The Sadler family ran a Shell gas station here for 33 years; it was locally famous for its impeccably clean convenience store, with shelves and tile gleaming. The floors still survive, a sort of urban version of Hidden Lake’s abandoned dance floor. Mapco paid the Sadlers $4.5 million for the lot in 2020.

Just beyond the western outpost of the Turnip Truck, Richland Park spreads out like a verdant blanket. With old Cohn High as its backdrop and the town-square-esque row of brick offices and storefronts across Charlotte, it’s clear this public space was meant as the common front yard of the abortive independent city. The park includes the Nashville Public Library’s charmingly small Richland Park Branch, which from 1962 until 1965 was also the broadcasting home of the city’s public radio station, a legacy that lives on in WPLN’s call letters: Public Library Nashville.

Cohn’s legacy lives on as well, as the backend of the double-barreled name of Pearl-Cohn High School. Cohn opened in 1928 as a junior high, named for Corrine Cohn, who pioneered the idea of junior high schools in Nashville; it was the first school in the city named for a woman. Cohn died before the school opened, but her widower Charles remained committed to the school, donating 2,000 books to the library when the school opened and creating an endowment that funded the library for the rest of the school’s existence. He also donated a pipe organ, making it likely Cohn was the only school in Tennessee so equipped.

It operated as a junior high — at the time grades 7 through 9 — for only eight years, with senior high grades added beginning in 1936. The school closed in 1983, but has continued to serve Metro Nashville Public Schools in various ways since, as the home of the alternative high school as well as the headquarters for the community education program and the Homework Hotline. The handful of homes south of the school on Elkins sit on flat-topped mounds, perhaps a way to lessen the volume from decades of chattering 20th-century teens.

South on 49th, as one walks away from the history at Cohn and the well-preserved homes that neighbor it along Park Avenue, one metaphorically walks away from history as well: The developers on this stretch committed to the repetitive modernity of the tall-and-skinny.

Many of the remaining original homes stay hidden behind high and dense hedges, like dollops of little vignettes from The Secret Garden. And as the neighborhood was originally envisioned, small suburban respites from the big city a few miles east. 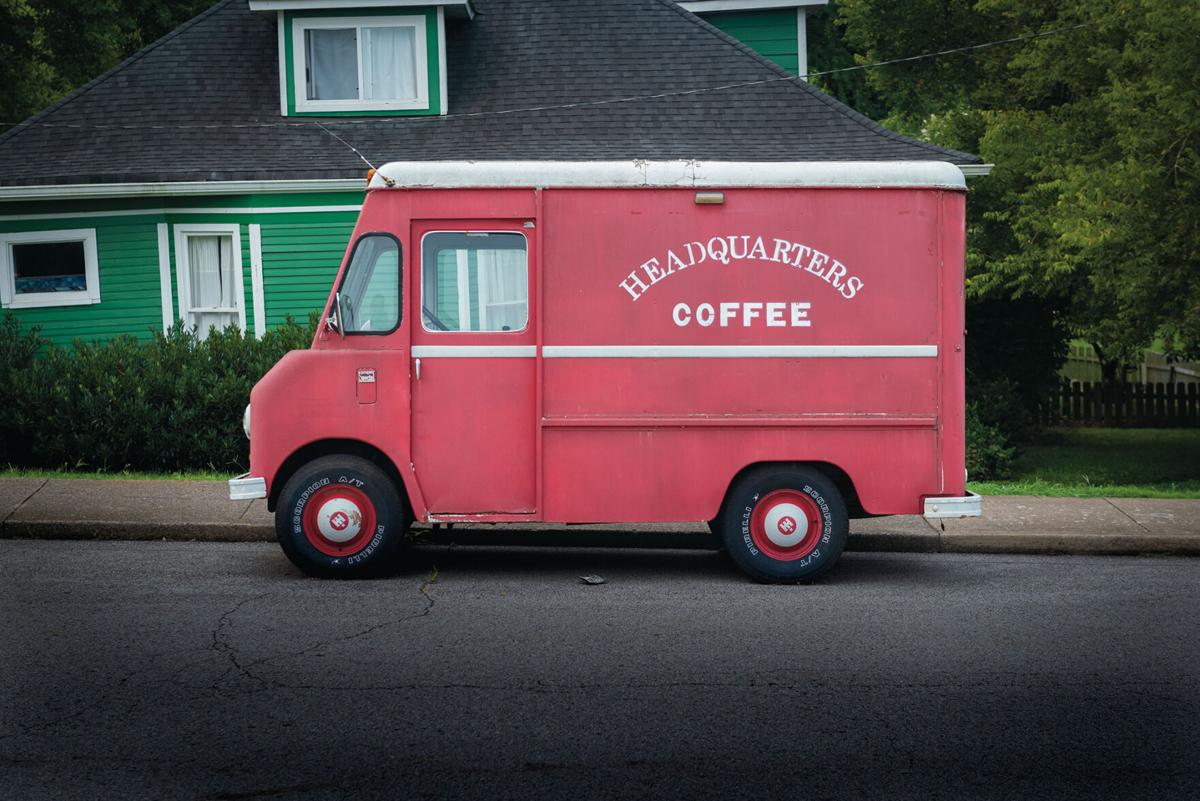 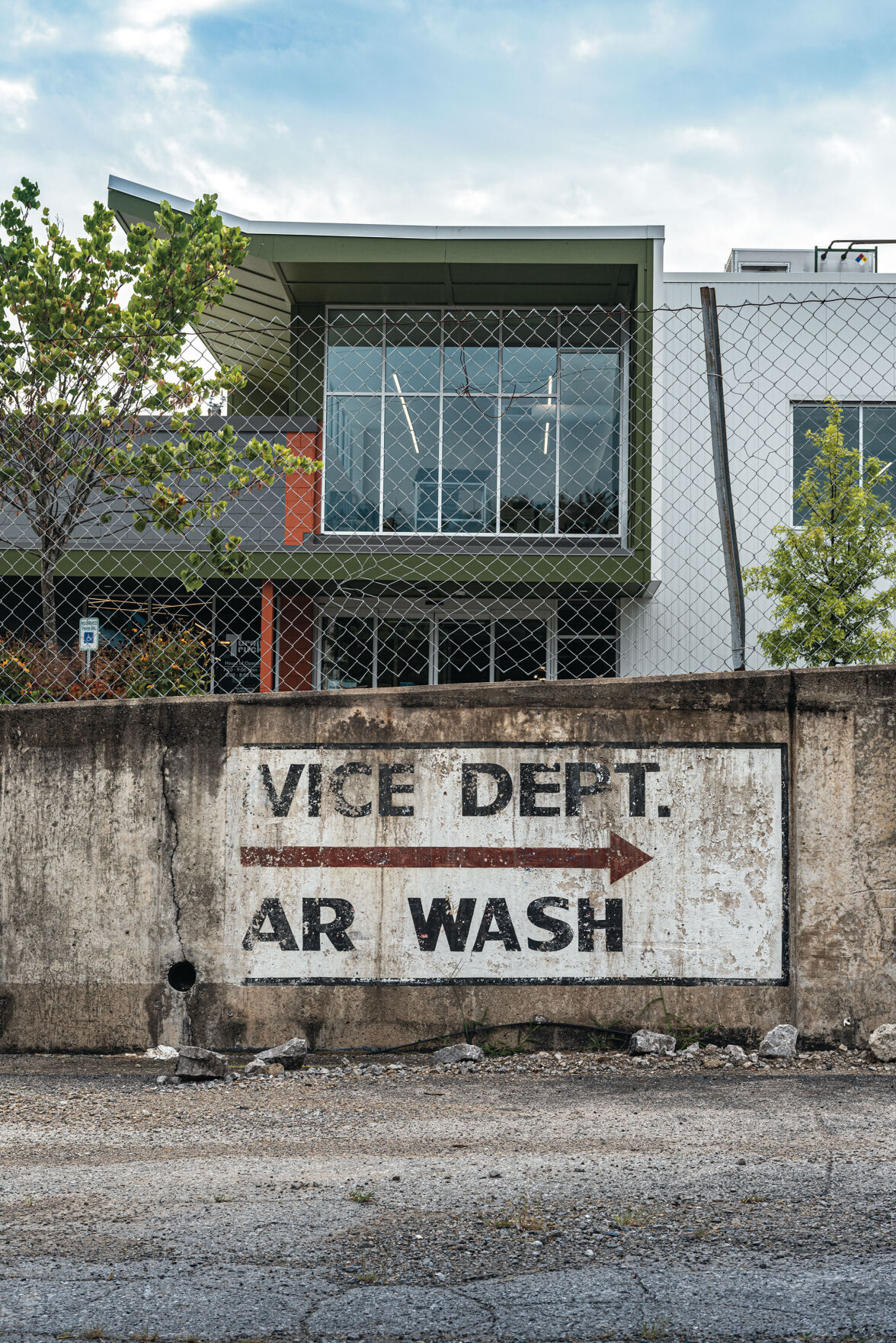 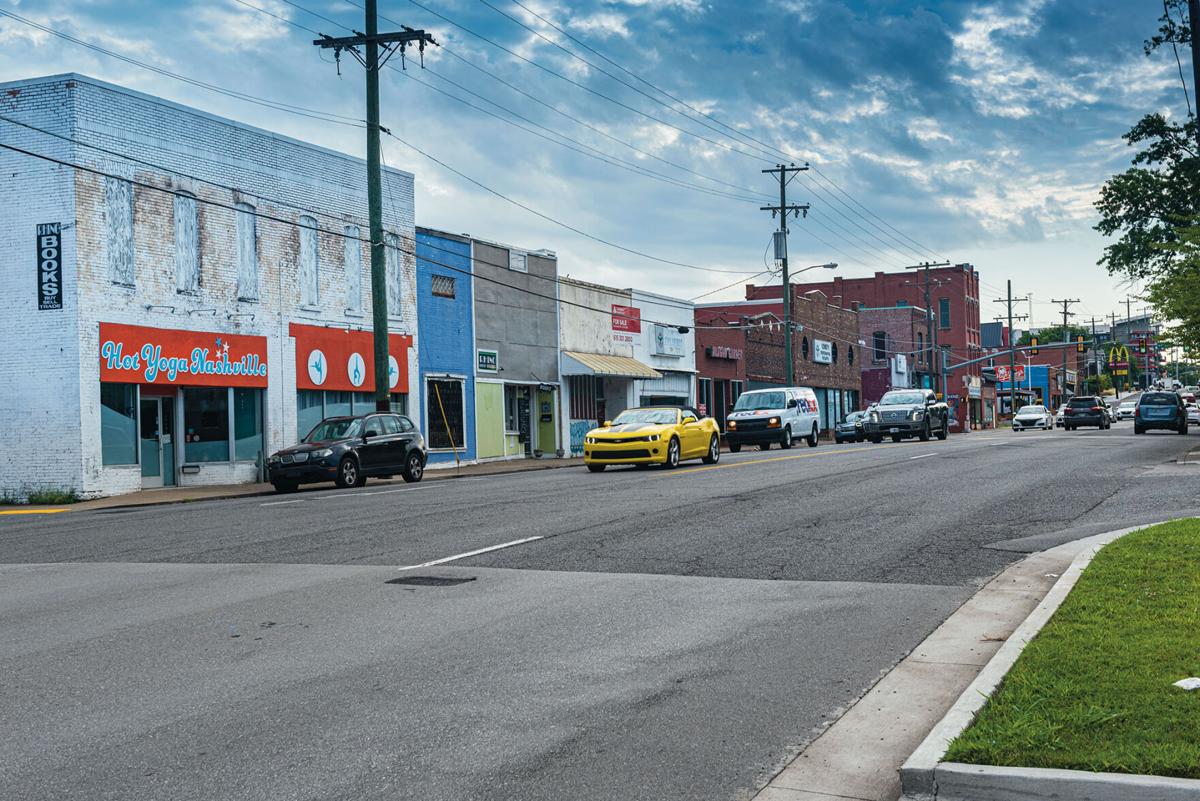 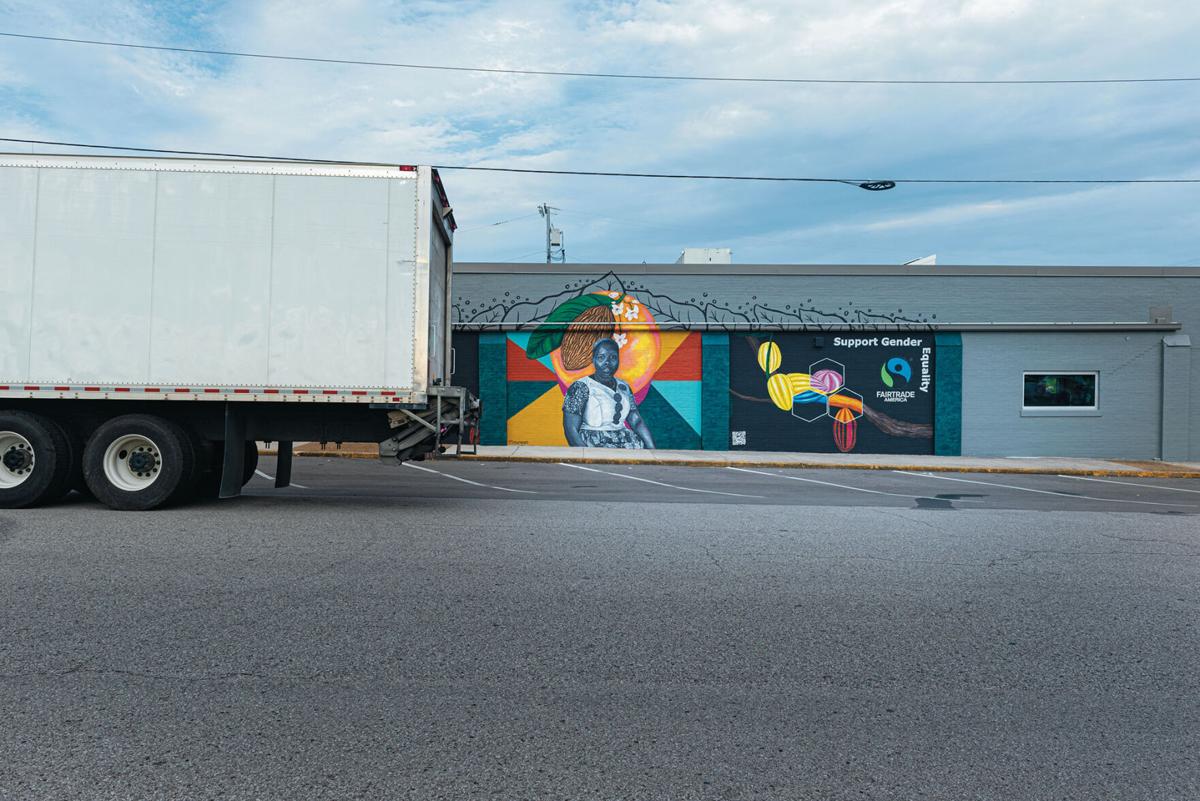 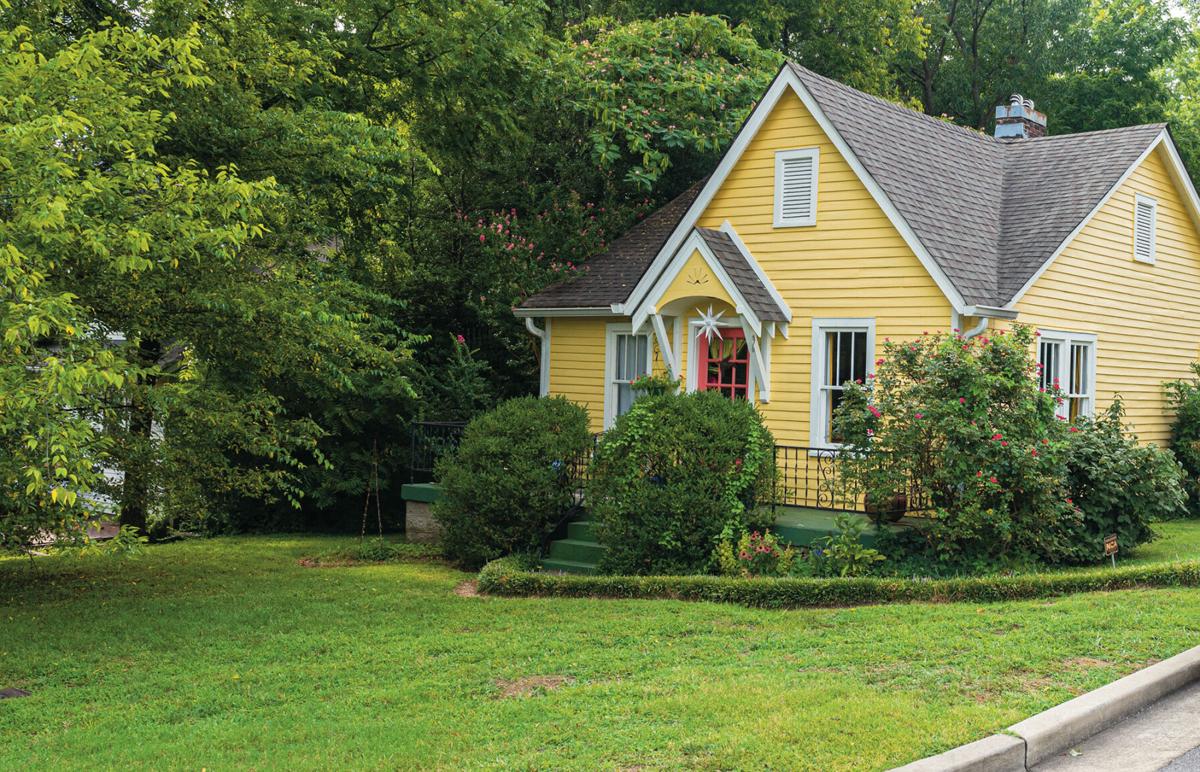