You are the owner of this article.
Edit Article Add New Article
You have permission to edit this article.
Edit
Home
News
Arts & Culture
Food & Drink
Music
Calendar
Media
Promo
About
Best of Nashville
Share This

Cranes: 0 (but plenty of road-building equipment) 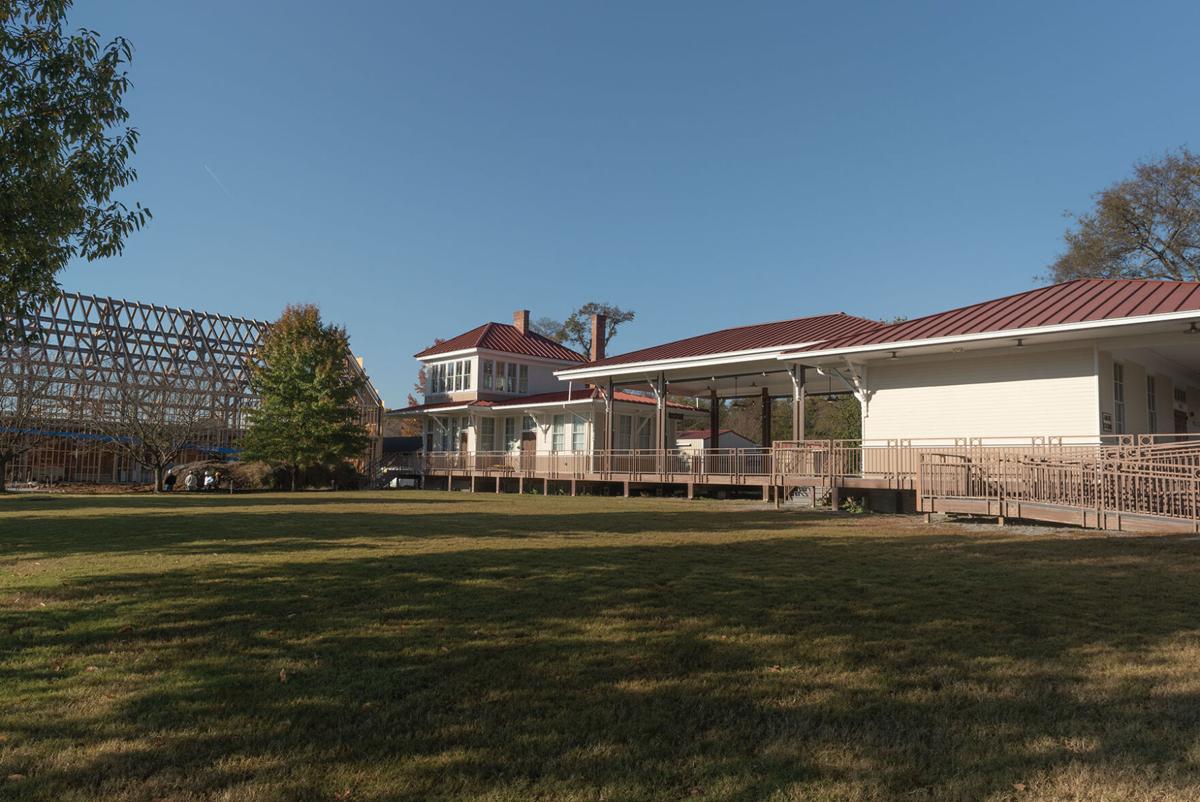 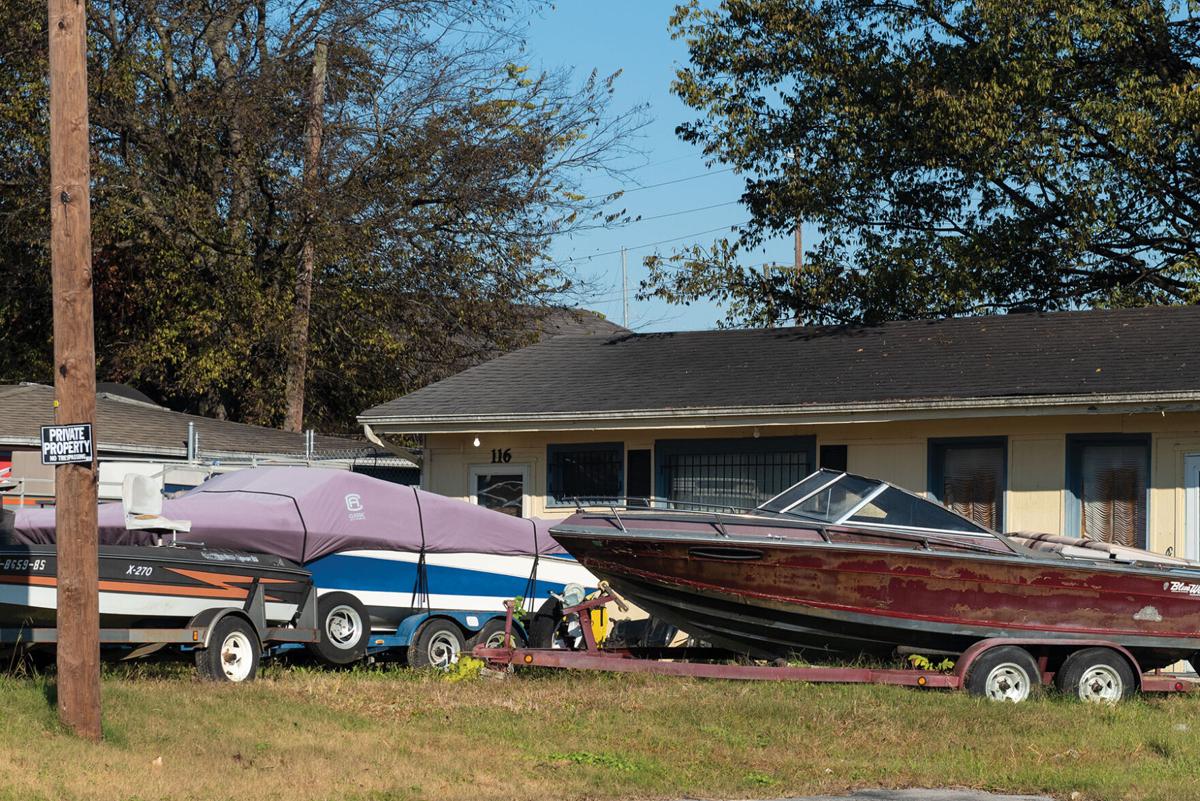 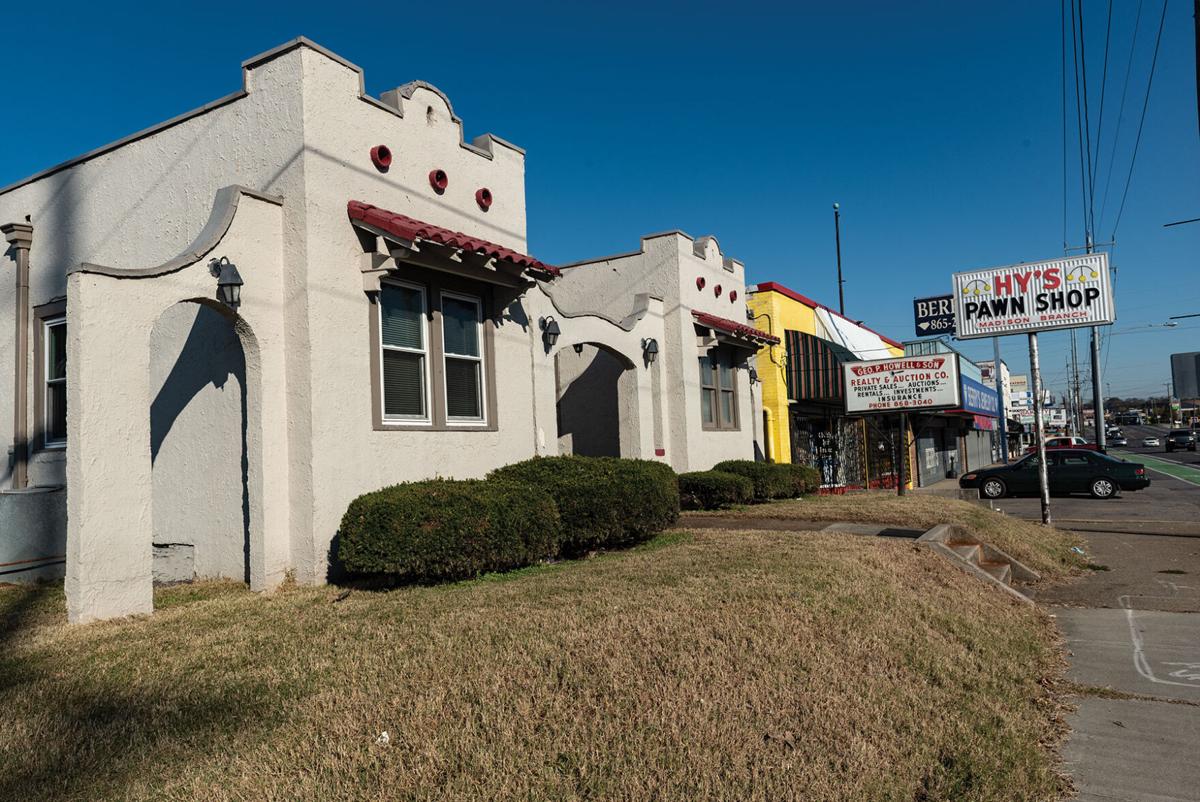 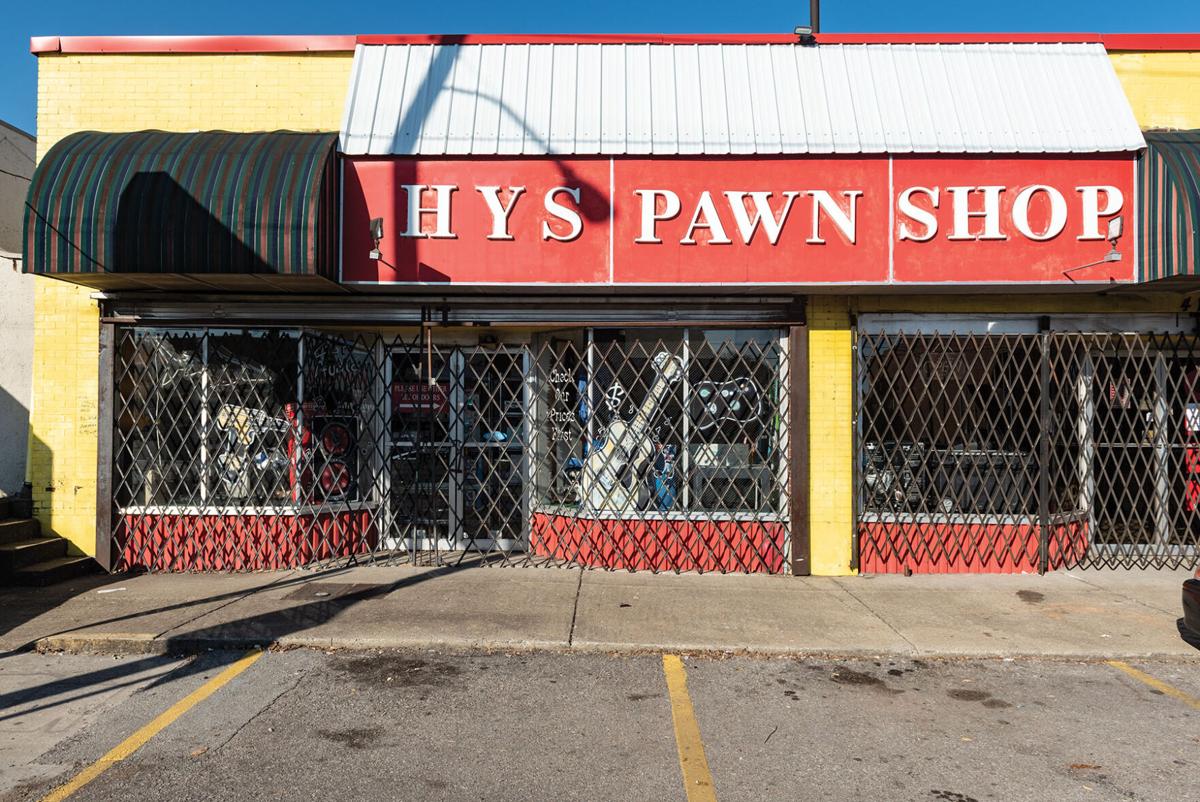 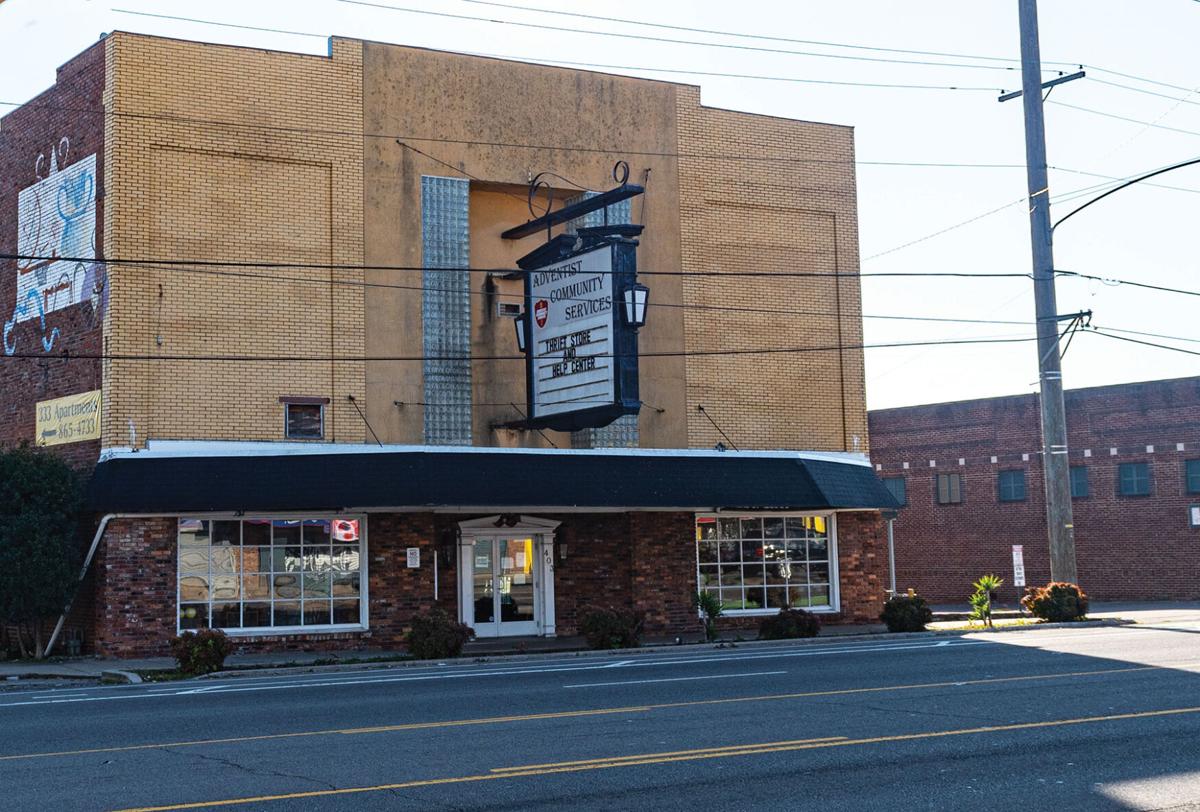 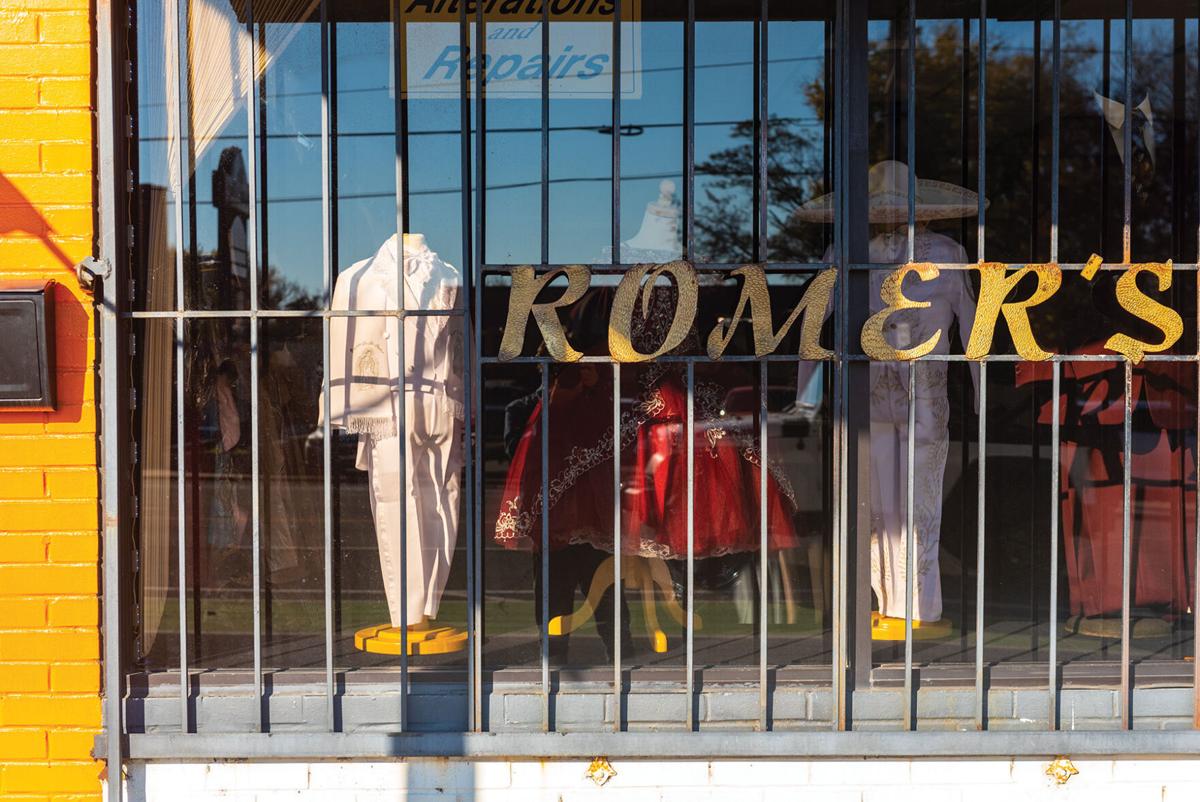 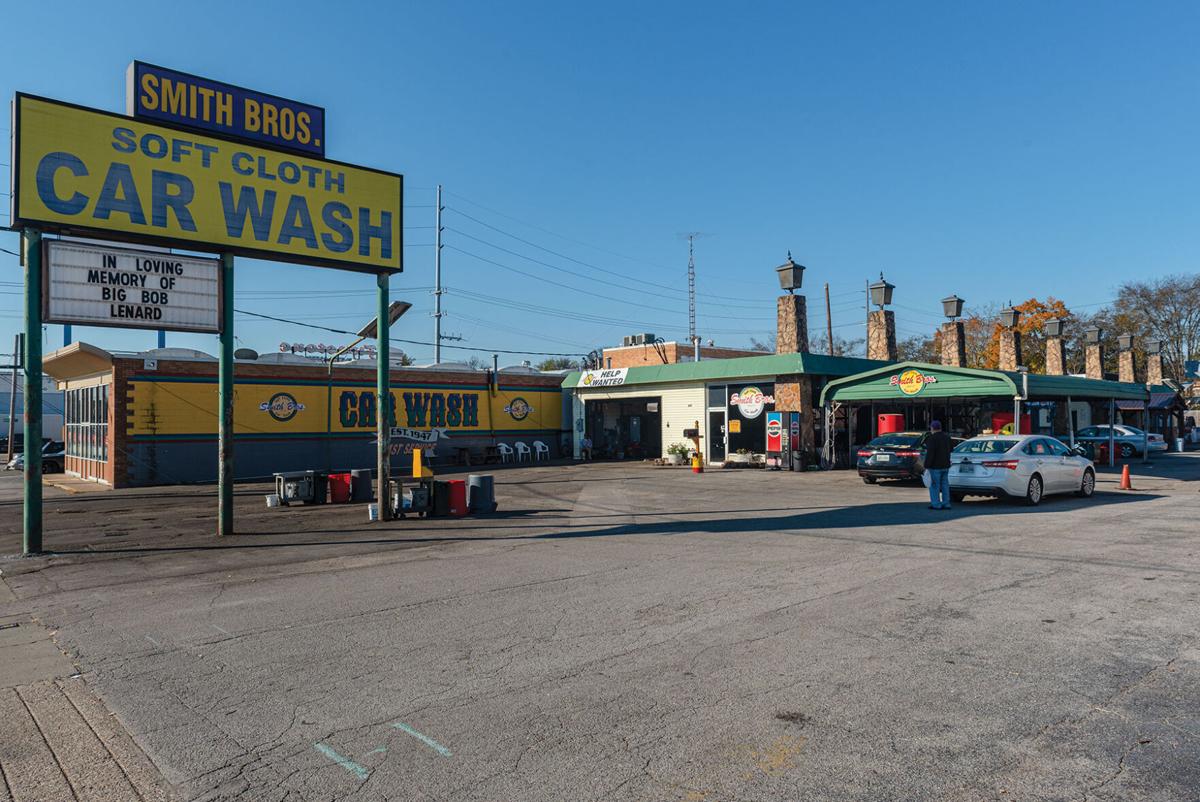 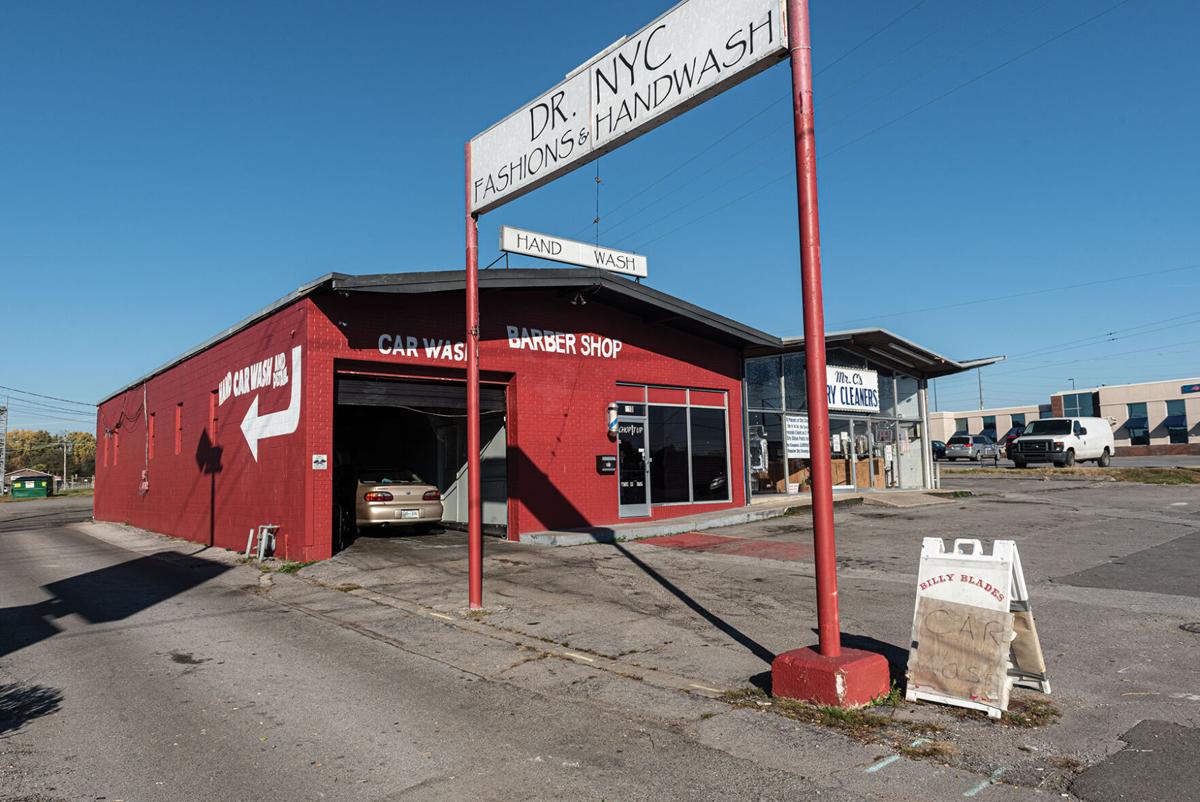 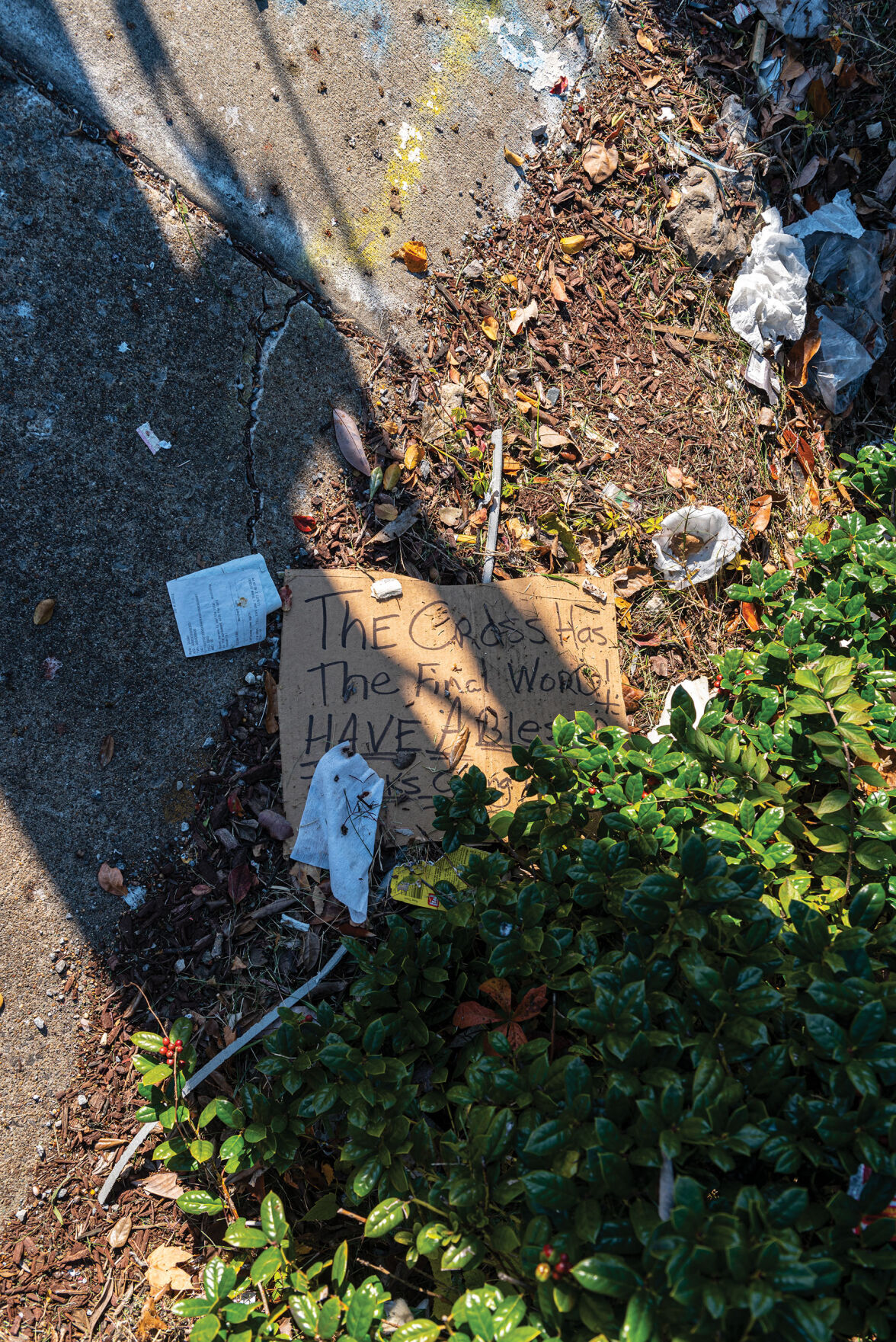 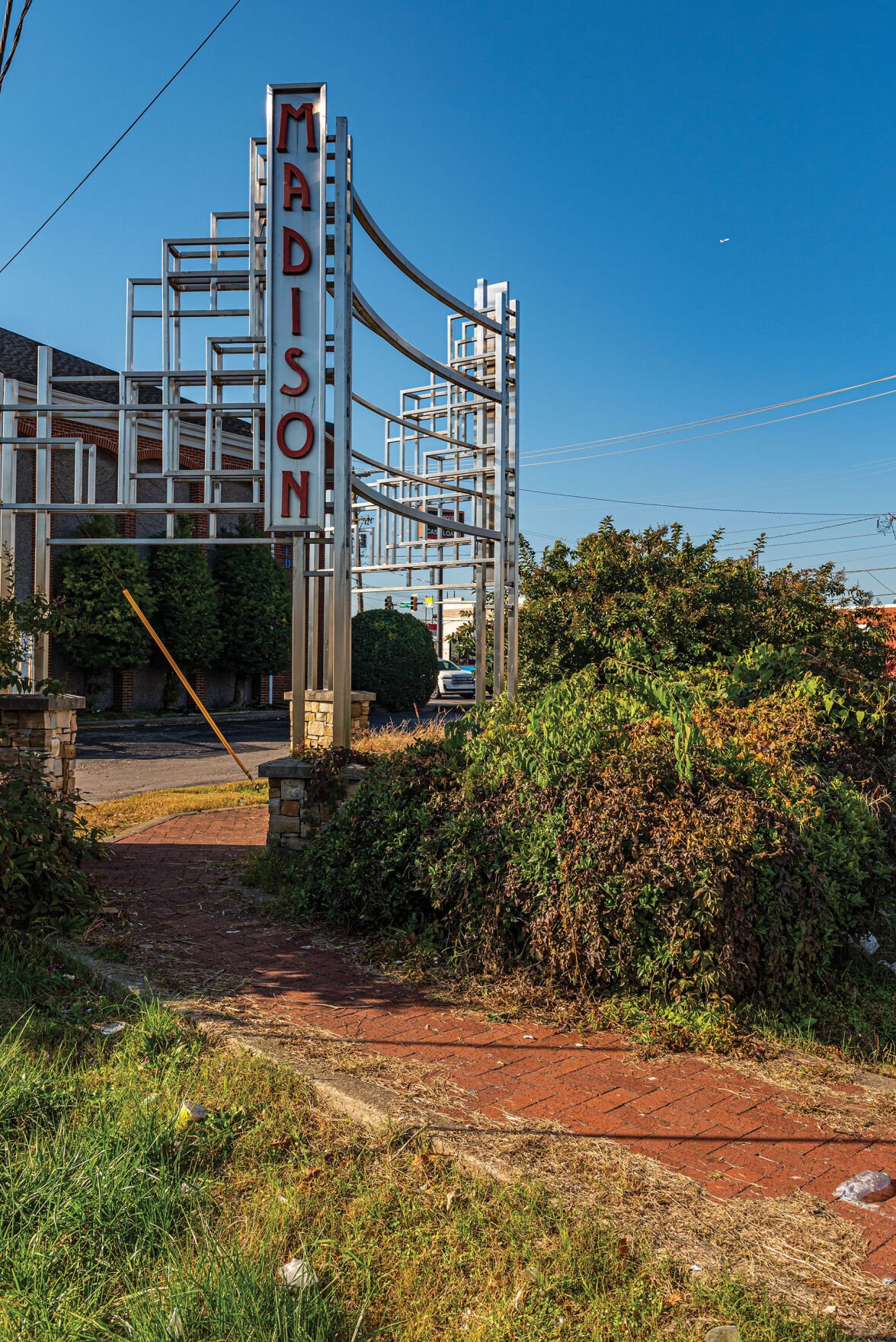 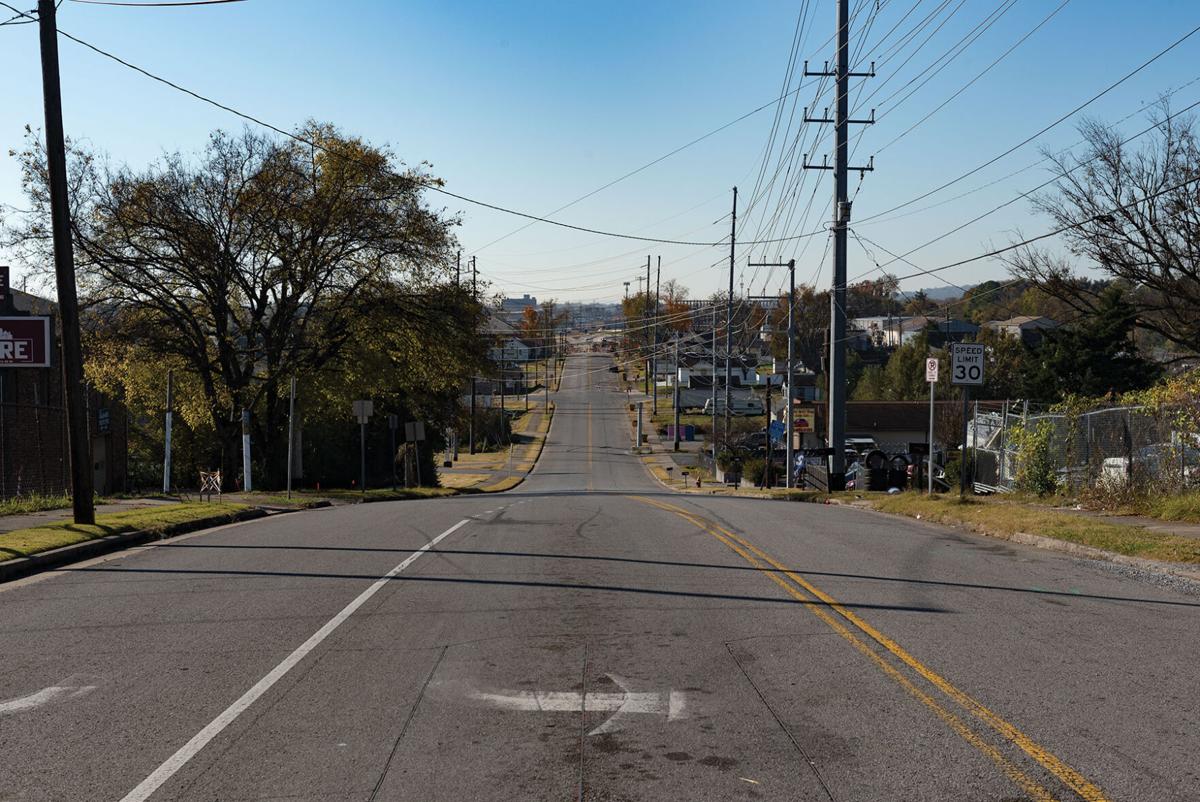 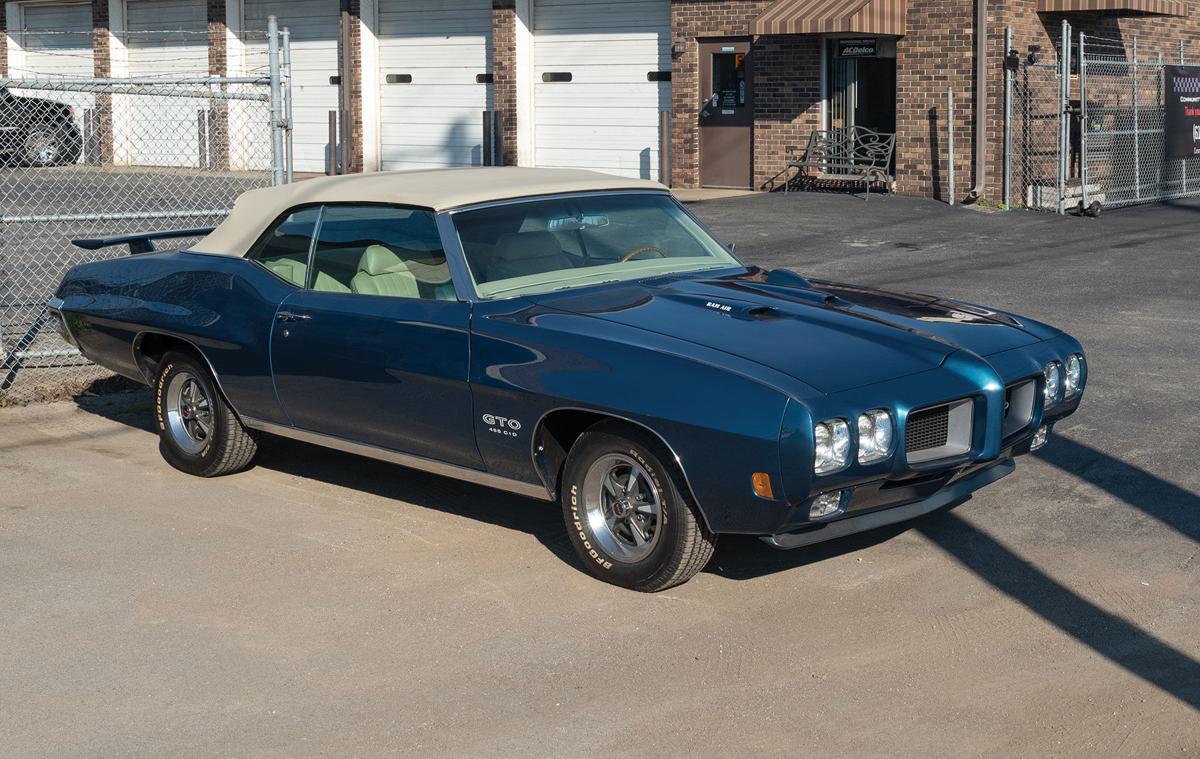 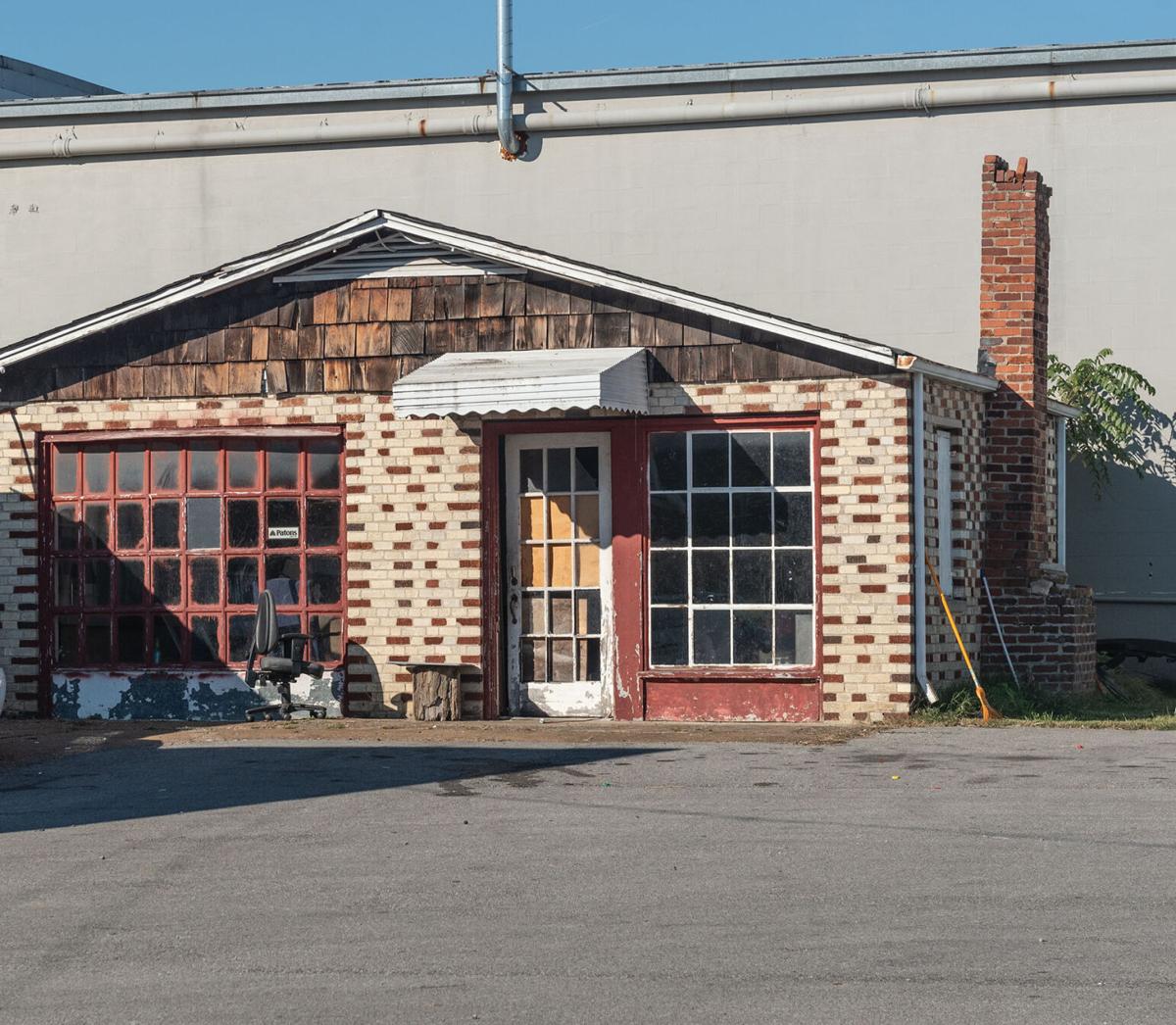 Amqui Station is not in Amqui.

In fact, it hasn’t been in Amqui for a long time, but at least in the heart of Madison, it’s closer to its original home now than it was for more than a quarter-century. The station was built by the Louisville and Nashville Railroad in 1910 in Amqui, at the junction of the L&N tracks and those of the Nashville, Chattanooga and St. Louis Railroad — a little more than a mile north of where it sits now, on Madison Station Boulevard.

Nobody knows the origin of the name “Amqui.” There’s a theory it’s a mispronunciation of the name of the place in an indigenous language — similar to how the only other Amqui on earth, up in Quebec, got its name, which is believed to be a corruption of the Mi’kmaq word for “a place to have fun.” No Mi’kmaqs lived in Tennessee.

A more popular theory is that Amqui is a minced version of “damn quick.” It was a rapid ride from here downtown, and engineers and conductors were (allegedly) more than happy to make the stop at Amqui a short one. Thus, one had to be damn quick to catch a damn quick ride to the city.

In any event, the L&N stopped passenger service from Amqui in the 1950s, but the old station had a famous fan: Johnny Cash. In fact, the Man in Black would hang out with the brakemen at Amqui. In the early 1970s, Cash covered Jean Ritchie’s song “The L&N Don’t Stop Here Anymore.”  In 1979, Cash bought the station and had it moved to the House of Cash museum in Hendersonville, where it sat until 2005 when a community effort raised the funds to bring it back (closer to) home.

Now the old station is the centerpiece of a museum and community center in Madison. (By the way, the origin of Madison’s name is no secret: It was named for the fourth president of the United States.)

The area around the station is buzzing with activity these days, as Madison Station Road is being extended, offering another outlet for traffic, bypassing the steep downhill approach to the often perilous Old Hickory Boulevard-Gallatin Pike intersection. In a city where road repair and maintenance is ongoing (albeit usually at a much slower pace than most drivers would hope for), seeing a wholly new road being built is an intriguing experience.

Nashville Fire Department Station 31 is across Madison Street from the museum. If it’s not the biggest fire station in the city, it has to be close, looking more like an office building than a fire hall. Charmingly, its architecture echoes its older neighbor.

Madison Street is a mishmash of niche businesses: A boat repair shop is next to a drive-through-only Mexican restaurant, which itself sits on property that was clearly a motor lodge at some point in the past.

Along Gallatin Pike, the entrepreneurial spirit spreads. There’s an outpost of the Hair World empire next to the old Madison Theater, which opened in 1938. The Art Deco theater was lauded as the state’s most modern and elegant cinema (and made much of its air conditioning in advertisements), but it survived for only 12 years, faced with competition from the Loew’s Madison Theater north on Gallatin Pike. It served as an art gallery for decades and was bought by the Seventh Day Adventists in 2008. Now the church offers classes and operates a thrift store. Across the street is George P. Howell & Sons — what may well be Davidson County’s only real estate office in a postcard-perfect Spanish Mission-style building.

Hy’s Pawn Shop (“Since 1973”) neighbors Berry’s Pawn, the former urging passersby to check their prices first. (An unauthorized message in the form of graffiti also insults a variety of ethnicities.) Pawn shops and antique stores were long the main businesses in Madison’s downtown, in the period of time between its midcentury streetcar-suburb heyday and the modern-day mix of immigrants and young families along with old-timers who remember when Hillbilly Day drew 100,000 people to town.

Now there are Guatemalan bakeries, a Shoe World and yet another Hair World rubbing shoulders with a Firestone — which, based on architecture, has clearly been around for more than 50 years — and Smith Bros., where they’ve been washing cars since 1947. The old Mrs. Winner’s is now a payday loan purveyor (there’s plenty of competition in that business in these parts), and closer to Old Hickory Boulevard, the small businesses give way to the national chains: Kroger, Aldi and the like.

At the OHB intersection (more properly, the intersection is Gallatin Pike North and South, with OHB approaching from the west before it turns into State Route 45, which most folks call Old Hickory Boulevard, heading east; the actual continuation of Old Hickory Boulevard runs parallel to 45 until it hits the river) sits the Art Deco “Madison” sign. A pair of the signs bookend what long-timers would consider the heart of Madison. This one’s sister is at the intersection of Neely’s Bend Road and Gallatin Pike.

Old Hickory Boulevard climbs sharply as it heads west, offering a peek of the former Madison High School campus, now home to Stratton Elementary and Madison Middle. In the early 1960s, Madison High was notable for, among other things, one of the greatest uniform choices in the history of scholastic sports. According to legend, the boys’ basketball coach had a wild theory: His team could confuse the opposition with the hoops equivalent of dazzle camouflage. So, this eccentric genius designed polka-dot basketball uniforms, with various orange and blue spots strewn randomly about.

Allegedly, the fun police at the National Federation of High Schools banned such experimentation a few years later, but not before those glorious uniforms were etched into the memories of Madisonians for decades.

The climb up OHB is rewarded with a steady and welcome downhill stretch on Madison Station Boulevard, passing a variety of body shops and used-tire stores and the beloved Cal’s Country Kitchen, where Carolyn Buggs and her family have been serving up home cooking in a converted pediatrician’s office since 1997. Cal’s fits right in — another small business in a neighborhood where that spirit lives on.

The L&N may not stop here any more — or anywhere, for that matter — but the hustle doesn’t stop either.