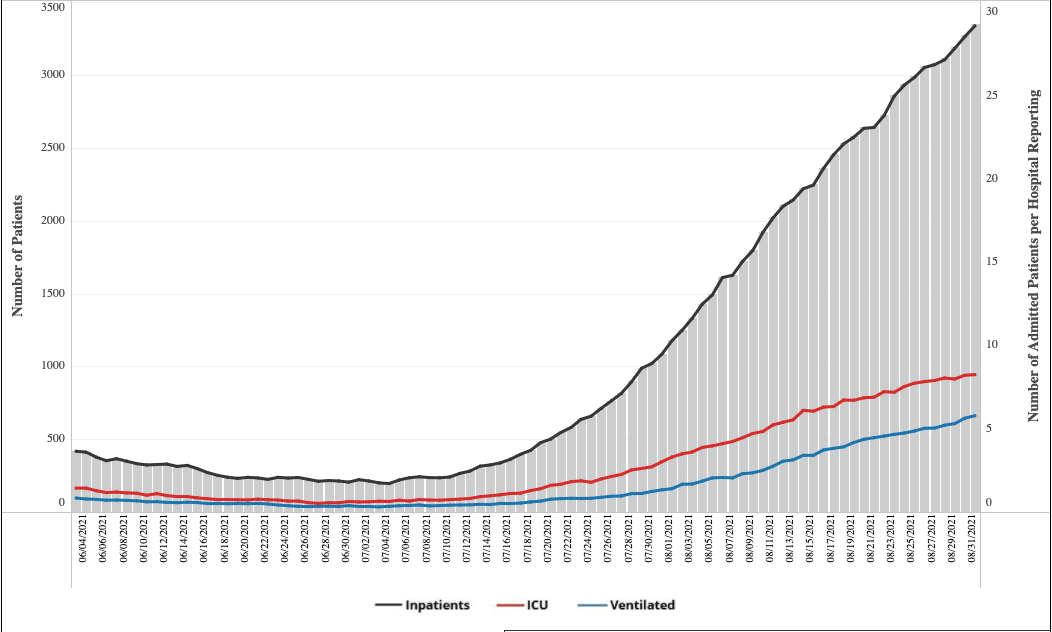 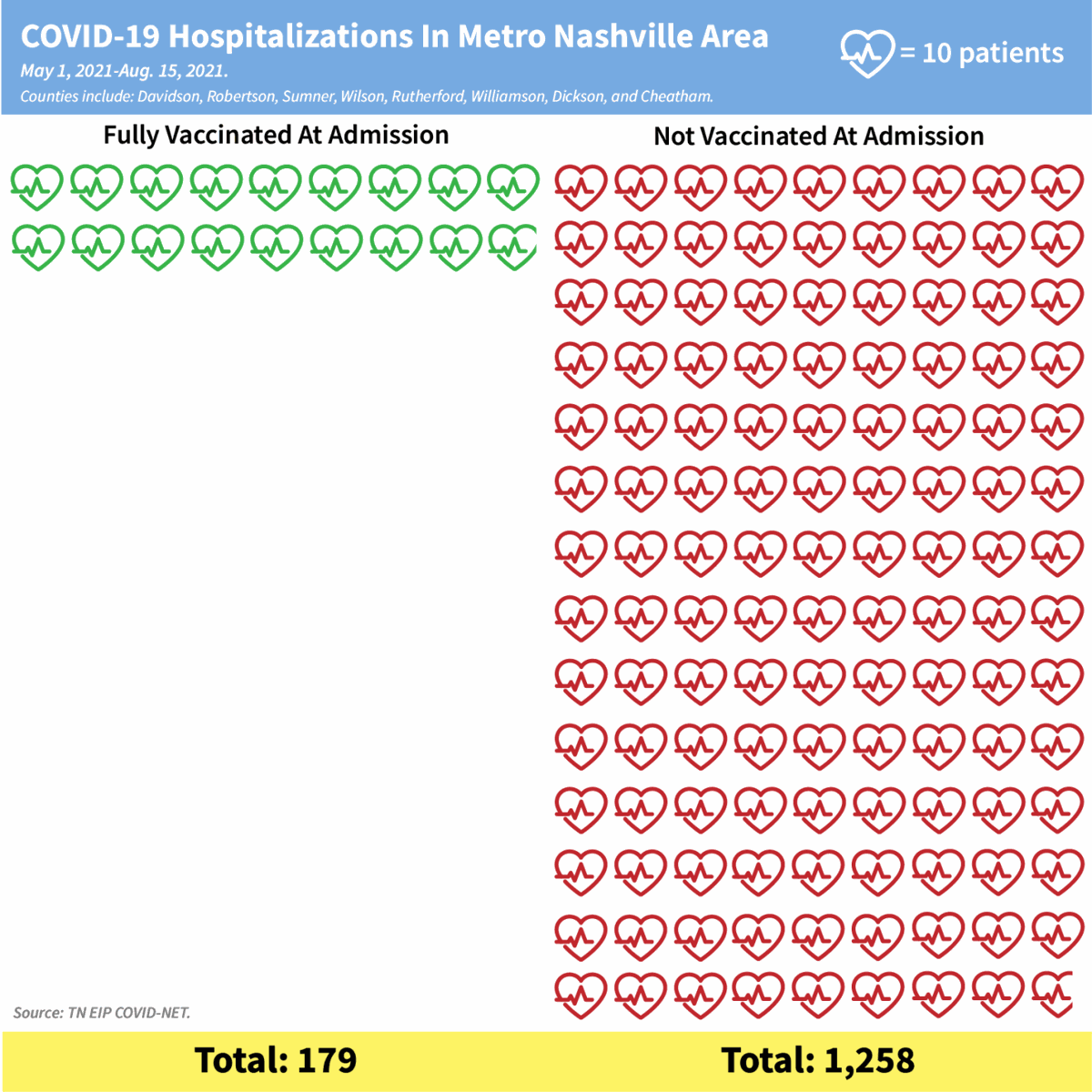 With few signs that we've seen the peak of the Delta wave yet, Tennessee has set a new record for COVID-19 hospitalizations in children and adults, and multiple large school districts have announced temporary closures as a result of the spreading virus.

As of Aug. 31, more than 3,300 Tennesseans were hospitalized, including 73 kids between the ages of 0 and 17. There are more people in ICUs and on ventilators than at any other point during the pandemic. Here's some data from Vanderbilt University's Department of Health Policy:

NEW: Today, #Tennessee hit an unfortunate milestone in the pandemic, reaching the highest level of hospitalizations (~3,500) from the virus yet. Several other regions are above the highest points from the winter as well. Many regions are still increasing very rapidly. 1/ pic.twitter.com/M9YENtjbHr

Around Metro Nashville, the vast majority of hospitalizations since vaccines became widely available to all adults have been among people who are unvaccinated. Here's a visualization from Vanderbilt:

Meanwhile, two of the state's largest school districts have announced temporary closures because of the virus. Rutherford County Schools will be be closed on Friday, Sept. 3, because of illness among cafeteria workers and bus drivers. Hamilton County Schools will remain closed for additional two days after the Labor Day holiday "to help reduce the number of new COVID-19 cases that show up in our schools."

Metro Nashville Public Schools were already scheduled to be closed to students this Friday, but cases and quarantines have been rising in the district. As of the last week, the district was reporting 535 students with COVID-19 and another 3,895 being quarantined. Among school staff there were 64 positive cases and 153 under quarantine.